It’s September here in the GTA and we are losing daylight every day. The nights are getting much cooler as the weeks go on. This tells me it’s salmon season and spells opportunity for shore anglers on the north shore of Lake Ontario, who don’t have boats or go on charters. 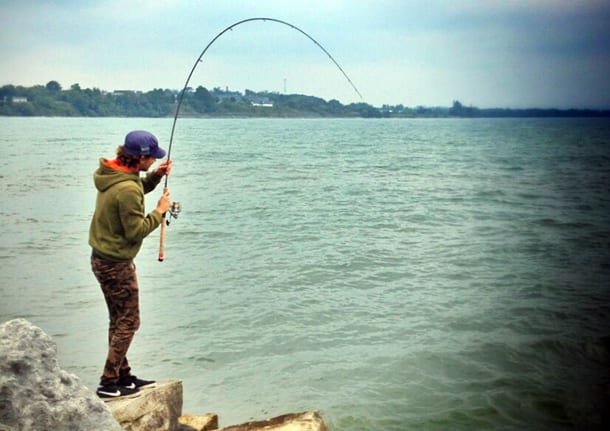 This year’s long and cold winter has effected many lake anglers and made big lake fishing more challenging than we are used to. Fish were spread out across the lake with cold temperatures from top to bottom, and they were not situated where they traditionally should have been early in the season.

These conditions made it a tough gig for most charter boat anglers and produced many slow days throughout the Great Lakes. Generally, good fishing starts in mid-June, but this year, salmon anglers on Lake Ontario’s north shore didn’t start to see good numbers until mid-July to mid-August. 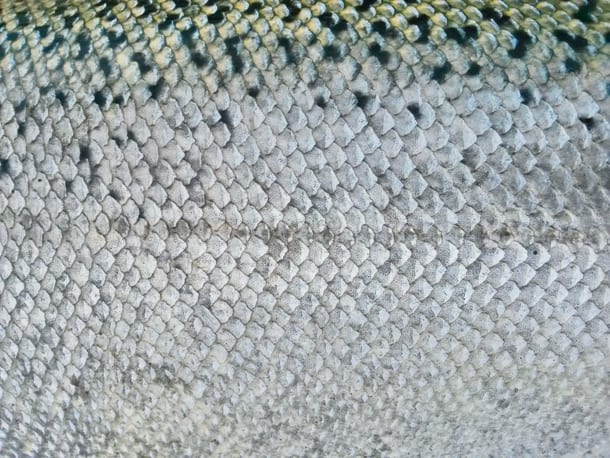 However, in my opinion, this was a completely normal ‘Canadian’ winter and it reminds me of the early 2000s when salmon fishing would generally pick up at this time of the year. Back then, you’d have salmon at the peak of their spawn around Halloween. Long and cold winters may not make lake fishing easy during the summer time, but they are very beneficial to watersheds our salmon and trout live in. Lengthy winters make water levels seasonably higher and cooler, making survival rates higher for young trout and salmon fry, which also makes for a better run in the years to come.

Heavy precipitation and cool nights in August generally starts to draw in salmon closer to the river mouths of many tributaries that flow into Lake Ontario’s north shore. These fish stage themselves in harbours and they’ll roam the vicinity of many pier heads and beaches where these tributaries flow out, waiting for the water to rise and cool down so they can make their way to spawning grounds. Besides precipitation, onshore winds and cold overnight temperature drops push these fish in shore. This creates great salmon fishing opportunities for shore anglers. 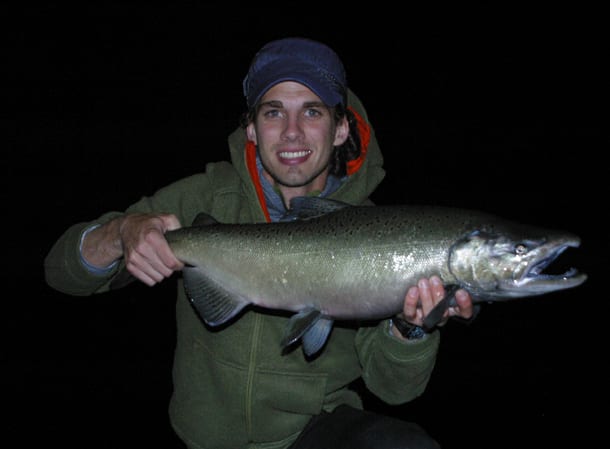 Salmon can be targeted by using hardware if you do not have fresh-cured eggs to target them with once they are in tributaries in good numbers. During the daytime, silver spoons have been the ticket, along with crankbaits and other minnow-like lures. These fish can also be caught at night using glow spoons or lures that glow in the dark at the same area you’d fish in during the day.

I’m currently replenishing on fresh eggs for the rest of the salmon season and the upcoming steelhead fishing season by catching my own salmon off these pier heads and river mouths using hardware. I selectively harvest smaller fish, since I prefer the size of the eggs these fish have compared to big eggs maiden spawning female salmon have. Remember to practice catch and release as often as possible. Please take only as many eggs as you need to last you a season or two without running out.

Remember, the key to having good cured eggs using Pautzke products is to start with fresh eggs. If you do not have time to get out and catch a fish for the table and for eggs, go check out a local fish cleaning station because some anglers do not harvest the eggs and throw out perfectly fine salmon skeins. Once I get eggs I cure them in Pautzke Fire Cure/BorX O Fire and fish them in local rivers.

Here’s my FireBlog from last fall explaining how to cure eggs like a pro for Southern Ontario salmon. 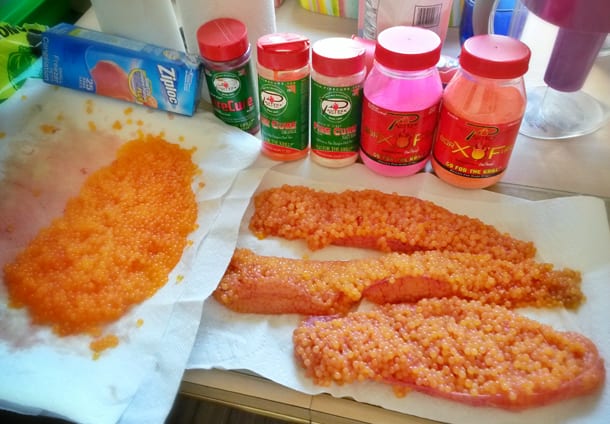 From the Lower Niagara River, to the Humber River in Toronto, there are many tributaries along the way which have fishable pier heads and river mouths where salmon stage and run for their spawn. Salmon can be found east of the GTA, all the way to Kingston if you do a little observing and researching!  I enjoy targeting these fish because they fight well in big water and there really aren’t many fish in our Great Lakes that can pull drag and put on screaming runs like salmon, especially when you hook up with one from shore. 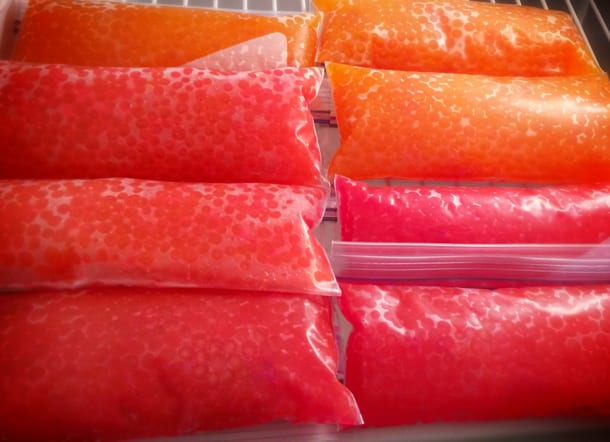