It’s rare we hear that Pautzke salmon eggs don’t work for trout. Meanwhile, minutes after signing a waiver and going over the boat inspection at Alaska’s Quartz Lake the owner of Quartz Lake Boat Rentals told us to wait at the dock. She ran back up to the boat rental office, grabbed a small Ziploc of raw shrimp and bolted back to the dock to hand them to me.

“I know you guys are a big bait company, and all, but you’re going to need these. I’m told that the trout here eat shrimp. Salmon eggs are not really a big hit here, I think,” she told me. “Here, just take these. In case your eggs don’t work you can use the shrimp and still get your video.”

“Thanks for the bait,” I said. “Now that we have good bait can you point us in the right direction?” 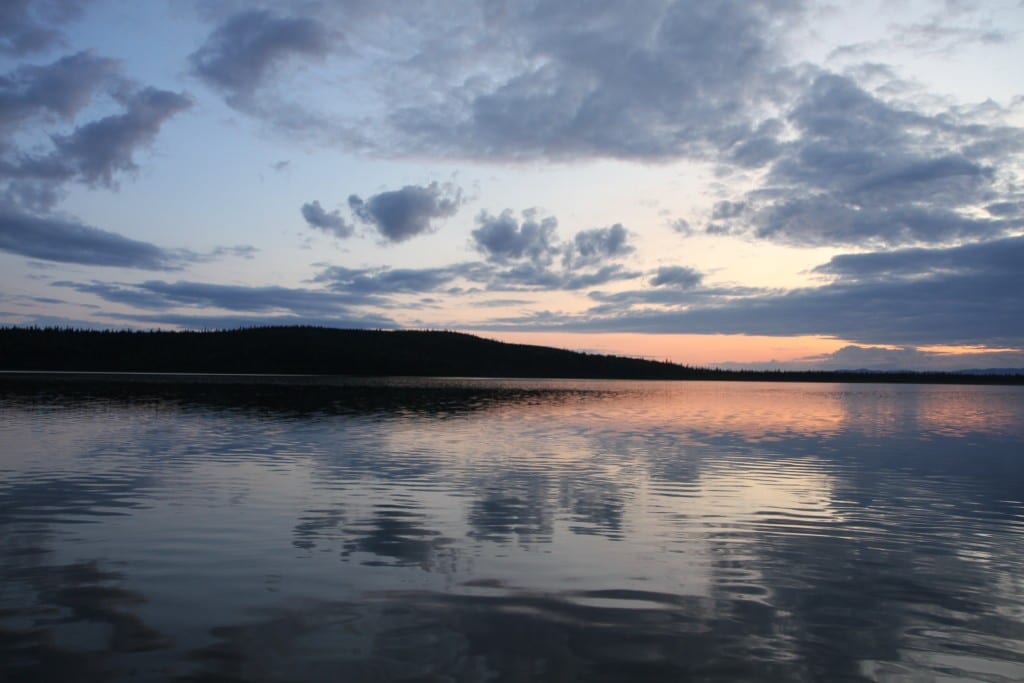 Keep in mind it was already 8 p.m. and we had never been to this lake only a few miles from Delta Junction. The folks working at Sportsman’s Warehouse, Wal-Mart, Frontier Outfitters and a biologist at Alaska Department of Fish and Game office in Fairbanks all told us to fish Quartz Lake. So we did.

The bad news was we had less than three hours to try to catch fish with our own product: Pautzke eggs and Fire Balls (that we were told didn’t work). We motored out across the lake, saw a trout jump and dropped the anchor in roughly 18 feet of water. To be honest, I was a bit pessimistic, at first. There were two boats trolling around us who told us they had not received any bites. Two other boats were about 100 yards away, anchored, and hadn’t reported much success. We were in a sea of floating grass and weeds. Maybe this was the perfect spot?

I had no idea if we were in the right place. And for first-time anglers the lake is large enough to be intimidating. I thought it was going to take us an hour to figure out where the trout were. Less than two minutes after making the first cast we had already hooked a three-pound rainbow. Surprised, I struggled to get the camera equipment out fast enough to film landing it. 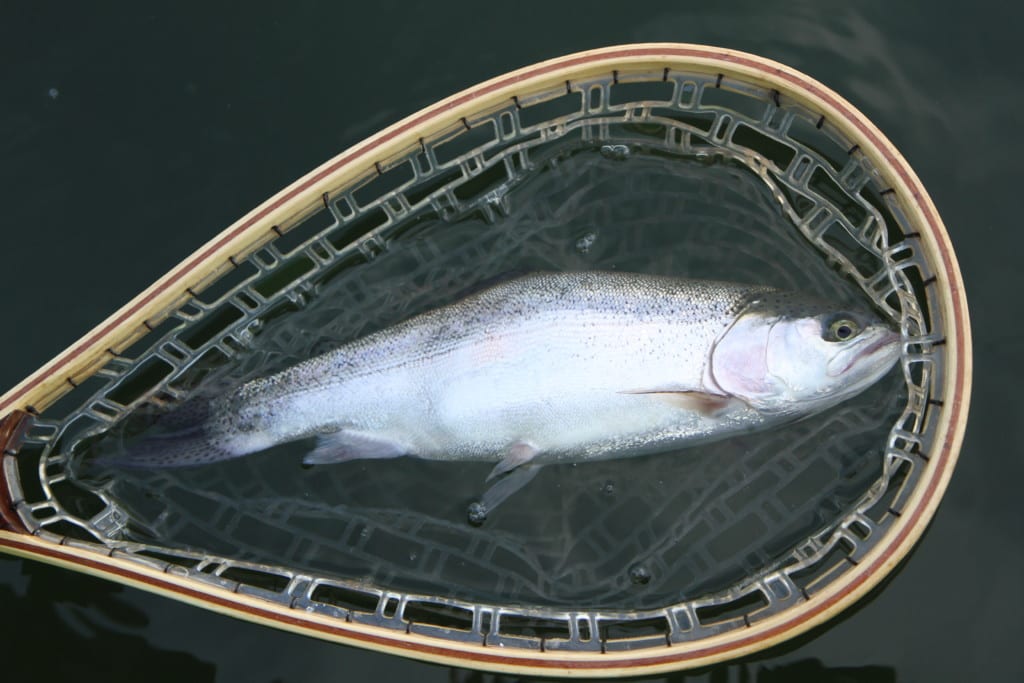 Less than five minutes later we had a double. In the first hour of fishing we caught and released a dozen trout, including many that were two-to-four pounds. I text the woman that rented us the boat photos and told her we caught them on those eggs and Fire Balls that she said didn’t work. We both laughed about it.

One of the nicest and most hospitable ladies we had met in a long time, she was more than thrilled our bait worked. She knew we were part of a bait company and wouldn’t be able to keep up with the amount of boat rentals that stemmed from it when we blogged about the experience. 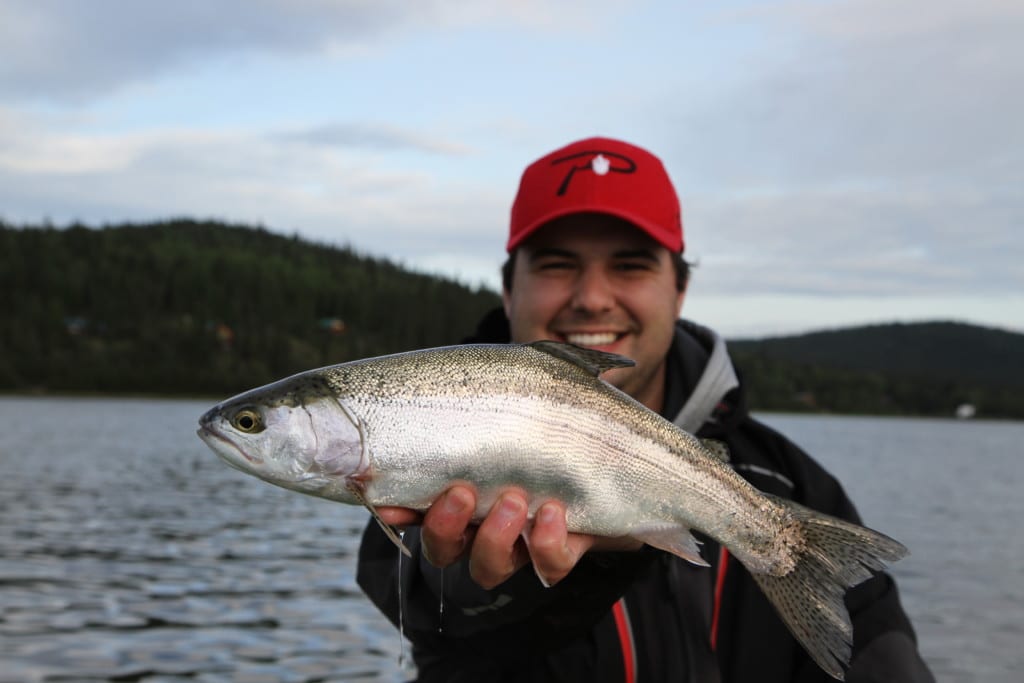 We only spent roughly two hours fishing the lake that night. Action was phenomenal. The guys saw their barbers drop almost instantly. All the action came on three products: Silver Label, Pink Shrimp Fire Balls and Yellow Jacket salmon eggs, and it came often. It was proof that those salmon eggs that have been working so well since 1934 worked here, too. 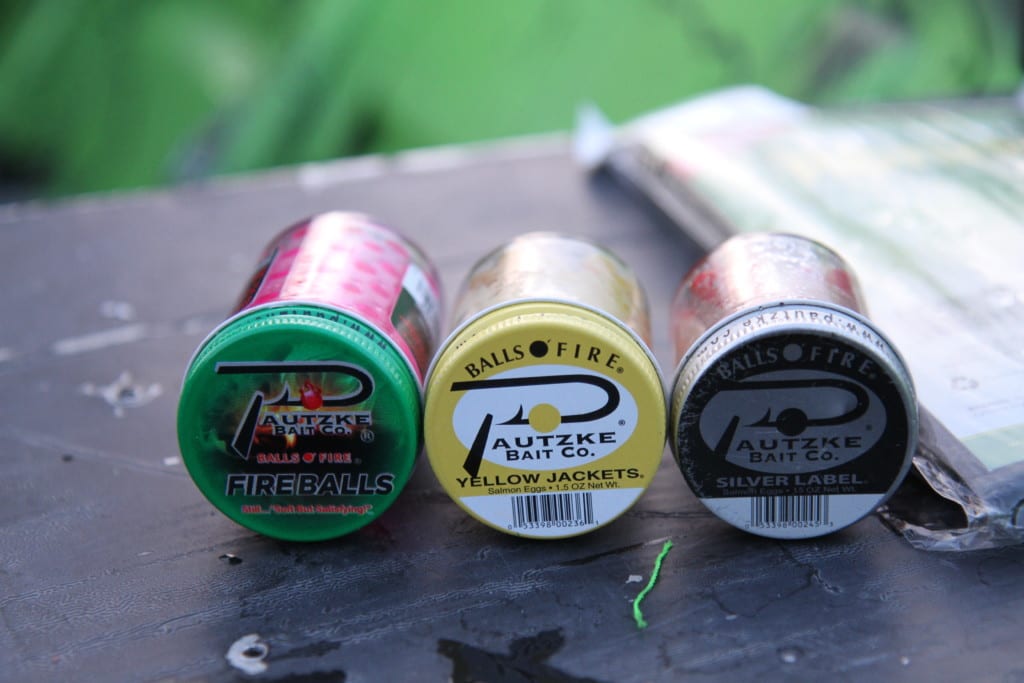 Editor’s Note: For more info on renting a boat at Quartz Lake please visit: https://www.quartzlakeboatrental.com. To learn more about where Quartz Lake is: http://dnr.alaska.gov/parks/units/deltajct/quartz.htm. 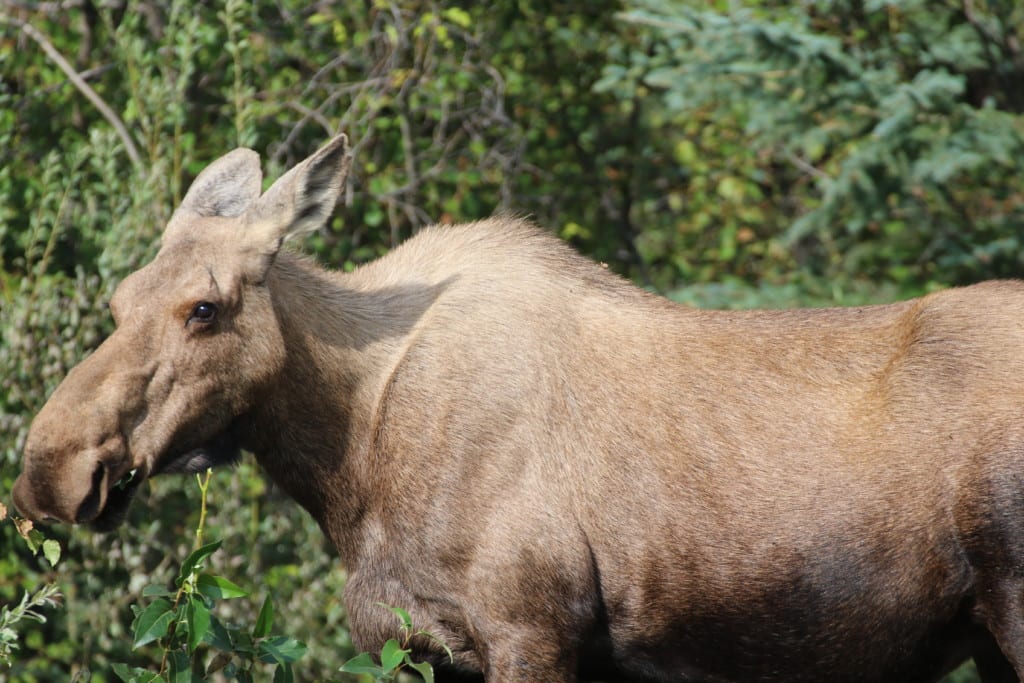