Chicken and beef liver are soft catfish baits. Almost every time you cast them they tend to fall off the hook. There’s no way to avoid this. Unfortunately, livers are soft, but catfish love them. Livers are two of the best channel catfish baits around. Everyone uses them. Meanwhile, so many times when using liver I’d stare at my rod and wonder if the bait fell off or not. If the bait doesn’t stay on your hook it doesn’t matter how much the catfish crave it.

About a decade ago I started tying livers in bags to ensure liver stayed on my hook. Doing this enables me to cast further and into areas that you might not be able to cast to as aggressively if you didn’t have these bags. Normally, because the bait is so soft you are limited to how far and how hard you can cast them. Fortunately, tying liver in bags hold the bait together. It won’t fall off when you cast it. 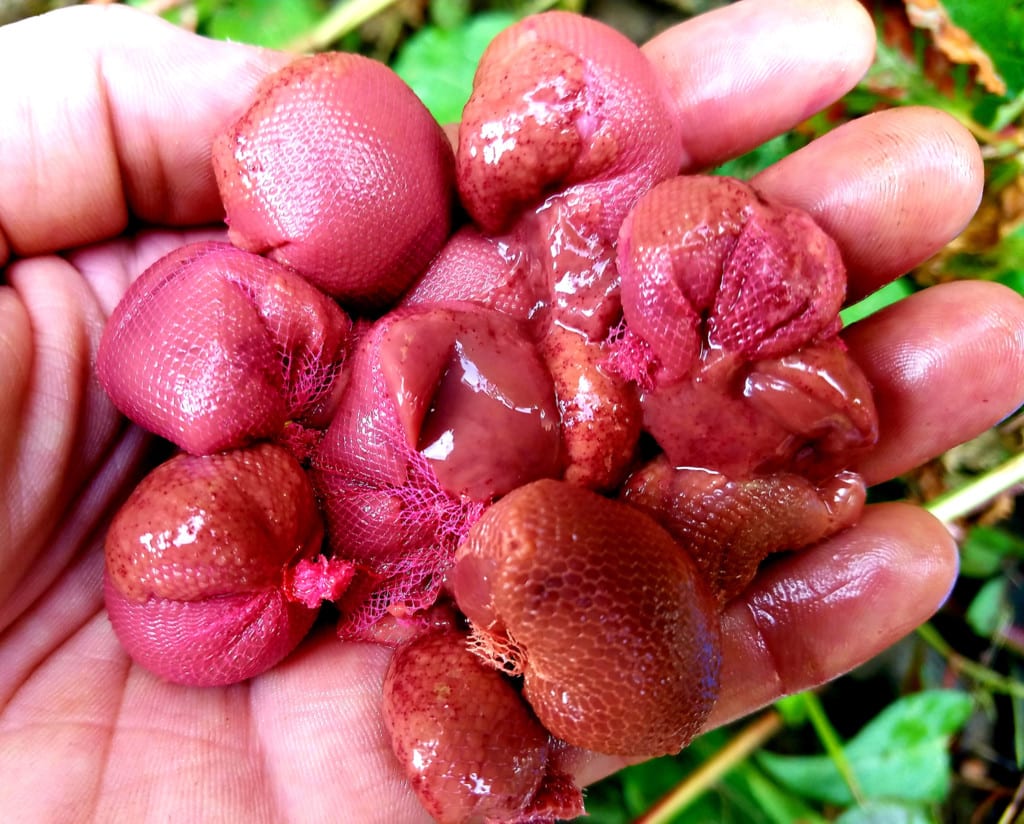 These sacks don’t prohibit the catfish from eating it. They don’t shy away from the bait when they approach it because they can still smell and taste it. They don’t feel the netting. When you tie the liver in netting pieces of the bait seeps out of the bag just like they would if there was no netting. The cats are still able to taste the liver. They eat it as if the netting was never there.

We all know channel catfish feed primarily by scent. Because of this we soaked our liver in Catfish Nectar the day before fishing. This allows the bait to absorb and suck in the Nectar. It then slowly disperses while it’s soaking on the bottom and draws more catfish in. It allows you to soak your bait on the bottom longer within having to recast as often.

In order to tie bags you need material necessary to tie liver bags. For those of you that have it Atlas Mike’s Spawn Netting squares work great. However, you are limited to the size of the bag you can tie with these pre-cut squares. If you want to tie larger ones head to a craft store and purchase a fabric called Thule. They can be cut to whatever size squares you want. You’ll also need Magic Thread, which for you catfish guys is an elastic thread to tie the bags. This enables you to tie knotless bags. 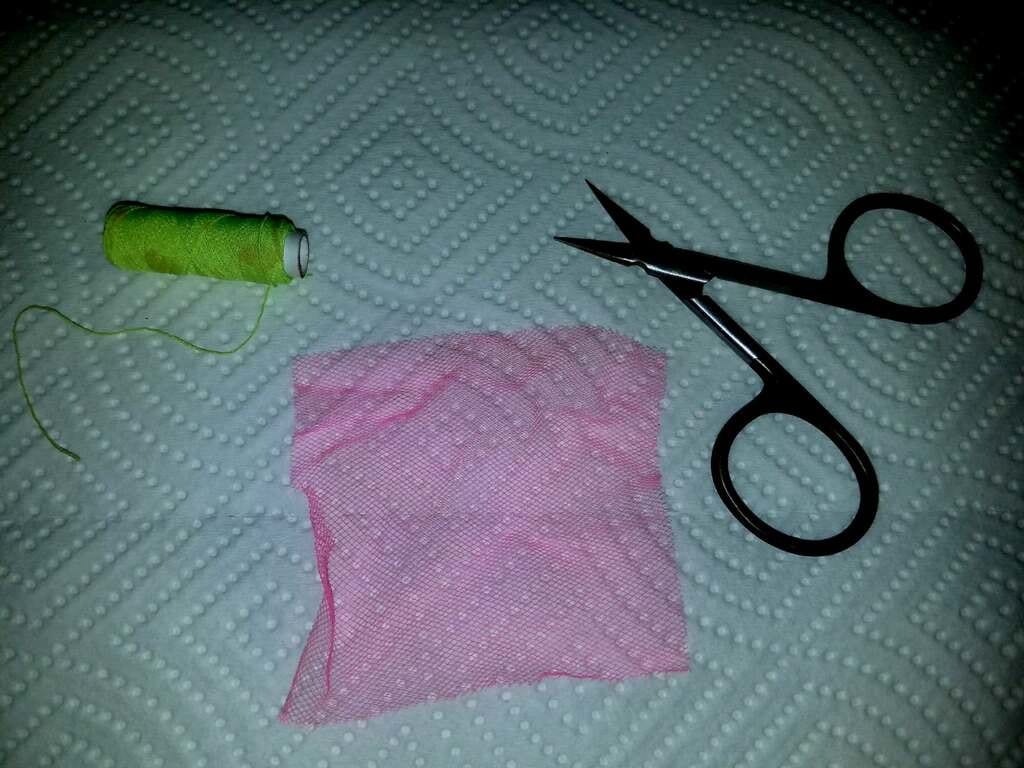 Liver can be found in most grocery stores. I like to use bags that are the size of golf balls and place one piece of liver in it. To do so I precut my livers to size of a golf ball. I do this because I want to target the larger channels. However, I’m doing this for sport rather than for food. If you are fishing to catch limits of eater size cats you can use smaller pieces like the size of a grape.

To get golf ball size bags I tend to use a 5×5 square of fabric. The pre-cut ones are fine for smaller bags. To do this, lay the fabric on a plate and then place you pre-cut liver in the center of the square. 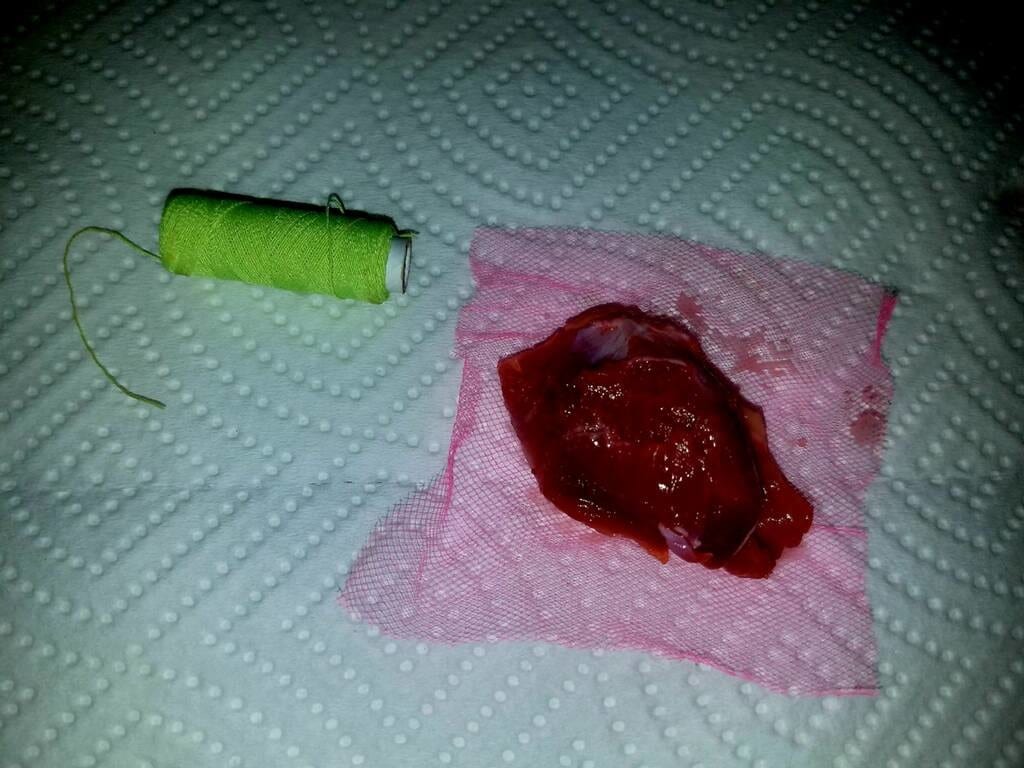 Pull the four corner pieces into the center and create a bag with it in your fingers. Once tight I’ll give it a twist or two while I’m still holding on to the tag ends. At this point I wrap it eight or nine times with Magic Thread and then pull it tight. The line cuts into itself and makes knotless bags. Now use a scissors to cut the extra fabric and string. 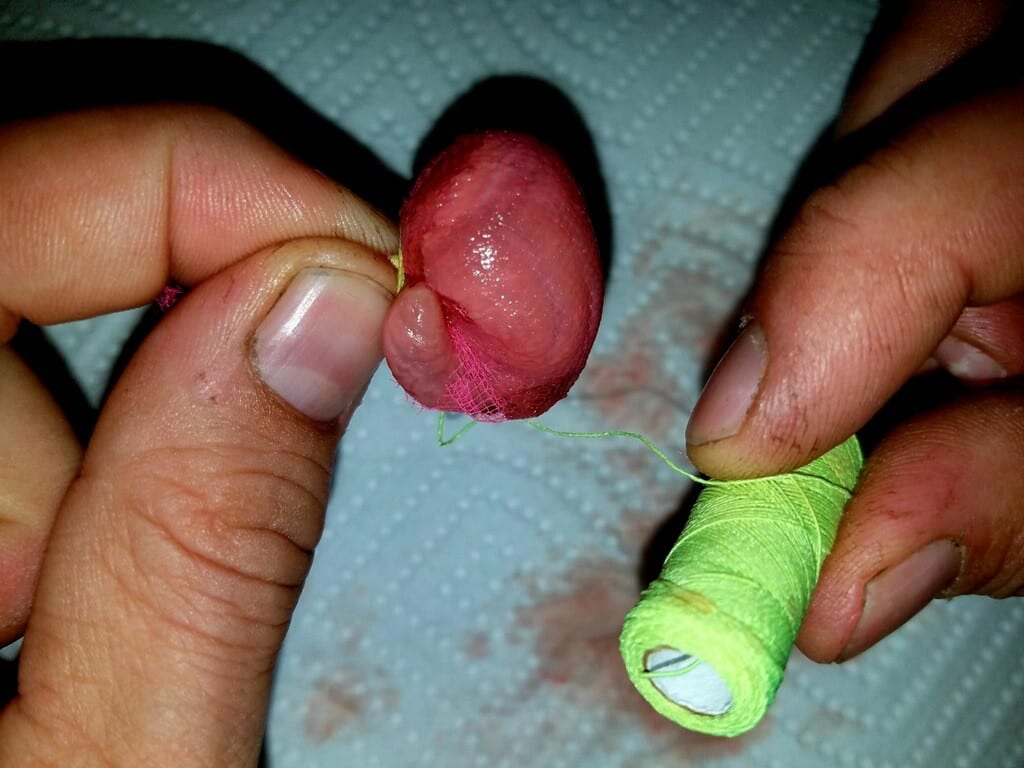 Place the liver bags in a container. Pour enough Catfish Nectar in the container to submerge the liver and let soak in fridge for 12-24 hours. Keep them cold so they don’t spoil. At the end of the soak they are ready to fish. The liver will now stay on the hook and have more scent than ever.

*Catfish Nectar is available at most Walmart locations and selected Bass Pro Shops.