I live in Alaska and spend my time targeting salmon and rainbow trout. However, when you browse fishing pages on social media it’s hard not to pay attention to the golden rainbows that are caught in Pennsylvania. These fish have always hung in the back of my mind. I knew one day that I would make it to Pennsylvania and have the opportunity to fish for them. I was fortunate to fish Spring Creek this week while filming Pautzke Outdoors and catch several golden rainbows.

We flew to Pennsylvania with the purpose of showcasing PA’s famous golden rainbows. PA anglers are accustomed to seeing golden rainbows. Nevertheless, many trout fisherman in North America don’t have the opportunity to fish for these species. When I first got to Spring Creek I couldn’t believe we were going to film in the heart of a small city. In my eye is was epic to see golden rainbows in a small creek surrounded by city life.

The golden rainbows stand out in the water. Initially I was excited, but after seeing fly anglers, anglers with lures, bait anglers and people jigging I quickly realized this might be a challenge. I didn’t expect to see so many anglers on a day where the weather wasn’t favorable. Temperatures were below zero, the creek was murky and the wind was blowing. Still we fished amongst a dozen other anglers all using different techniques.

In this particular system these fish aren’t as easy to target as you might think. Sure you can see exactly where the golden rainbows are, but so can every one else. These fish see every bait, lure, fly and jig imaginable daily and seem to be constantly skittish, which I more than understand why. Fortunately for us they hadn’t seen much of Pautzke’s new Fire Balls yet. Using Fire Balls we were able to catch and release a half dozen goldens and complete another episode of Pautzke Outdoors. We even caught a giant rainbow and a dozen or two smaller rainbows and browns (those 8-14 inches). 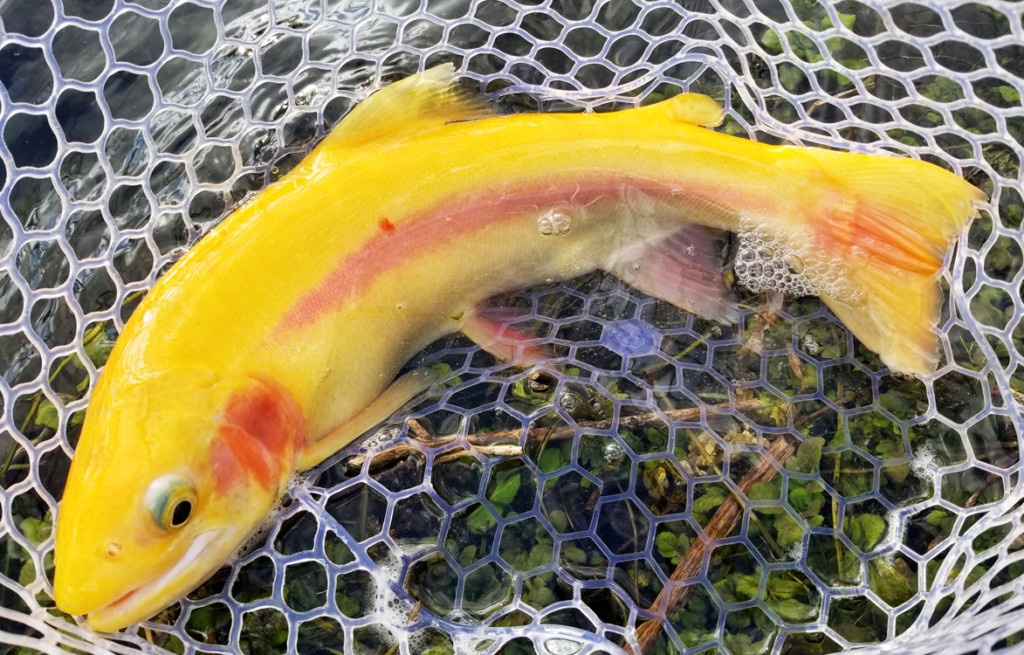 Due to heavy pressure the goldens took work to catch and lots of adjustments. Several constants remained however. We used slip floats to allow us to keep the Fire Balls off the bottom and to adjust our depth depending on the hole we were fishing. We also employed size eight Gamakatsu octopus hook with four-pound P-Line fluorocarbon. What changed was the number of Fire Balls on the hook. To be honest I switched up every few drifts. Sometimes they wanted one Fire Ball and others two or three convinced them to bite. 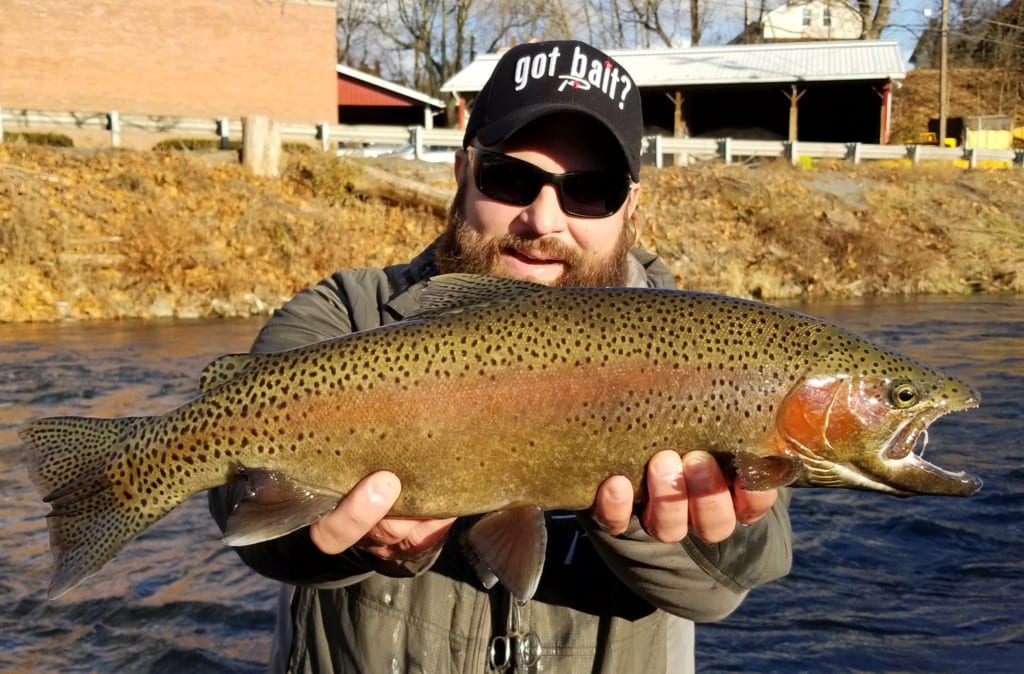 I used a wide range of Fire Balls. I used Pink Shrimp, Chartreuse Garlic, Chinook, Gold Garlic and Gold Shrimp, but found that most of my success was on the Gold Garlic and Gold Shrimp. I believe this was the case because those mimic brown trout eggs, which is something more readily available in the system that the fish feed on. Not surprisingly, my fishing partner Isaac Zettle caught them on Brown Trout Fire Balls. 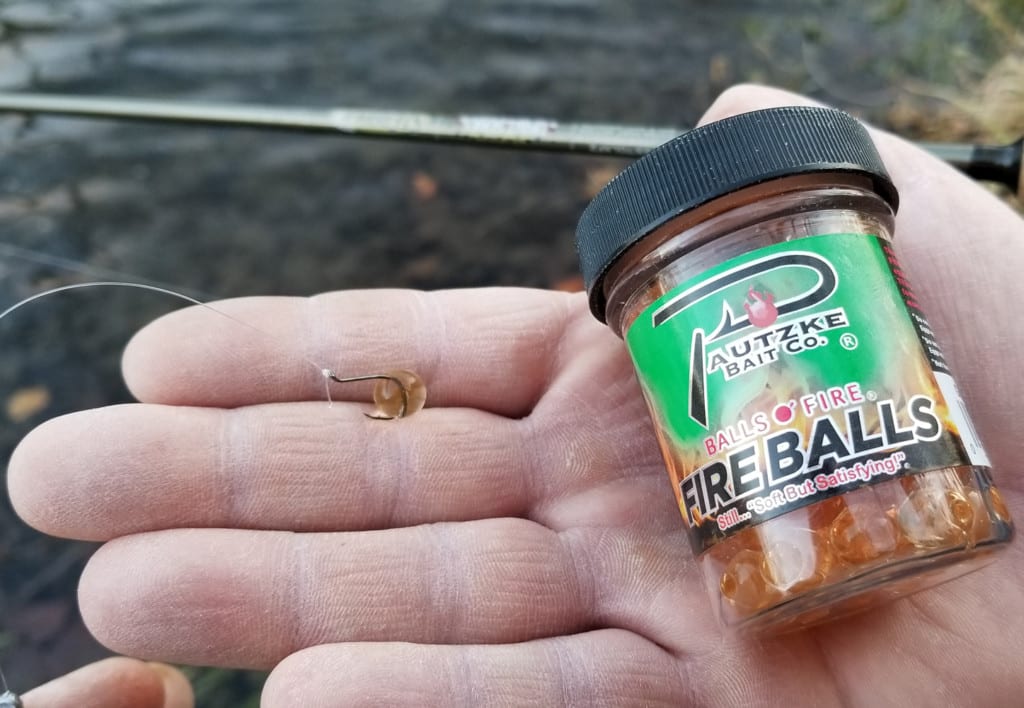 Another trick I learned was pairing Fire Balls with Pautzke salmon eggs. Meaning when I used the gold I tipped it with Natural Deluxe. When I used pink shrimp I tipped it with a Pink Shrimp salmon eggs and same with the chartreuse (Chartreuse Garlic eggs). I only tipped them with real eggs after drifting through a hole multiple times without any looks or bites.

Editor’s Note: Pautzke’s newest episode “Pennsylvania Golden Rainbows” will be out this week.