Being this late in the Pennsylvania trout season we didn’t expect to catch many golden rainbows while filming Pautzke Outdoors in Central PA Monday. Meanwhile, within minutes of arriving at Bald Eagle Creek we noticed two golden rainbows swimming in the 30-yard long run we began filming at. Two casts later the Brown Trout Fire Ball drifted below a float was eaten by the fish.

Even with an approaching storm and falling barometer that golden rainbow wanted to eat, but action slowed in the coming hours. Anglers in the know are aware that Bald Eagle Creek harbors trout year round and with more than 50 miles of fishable water there’s plenty of real estate to cover. On the other hand, this time of year angling pressure is down, particularly because the Fish & Boat Commission hasn’t stocked in many months and also because hunting season is garnering so much attention. 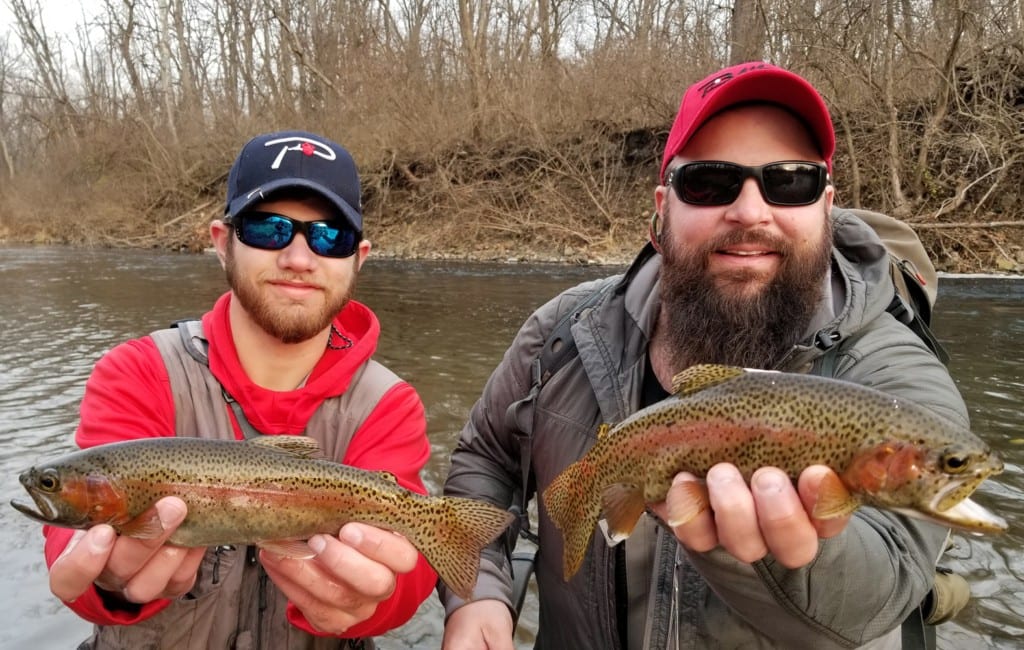 For those looking to wet a line there’s plenty of holdover trout in the system. In fact, on the half-dozen different places we stopped to fish almost every hole held trout. We started fishing at 11am and finished around four and landed almost two-dozen fish. One was a golden rainbow (the other wouldn’t bite), several were browns and the rest were rainbows. Most ran 12-14 inches. 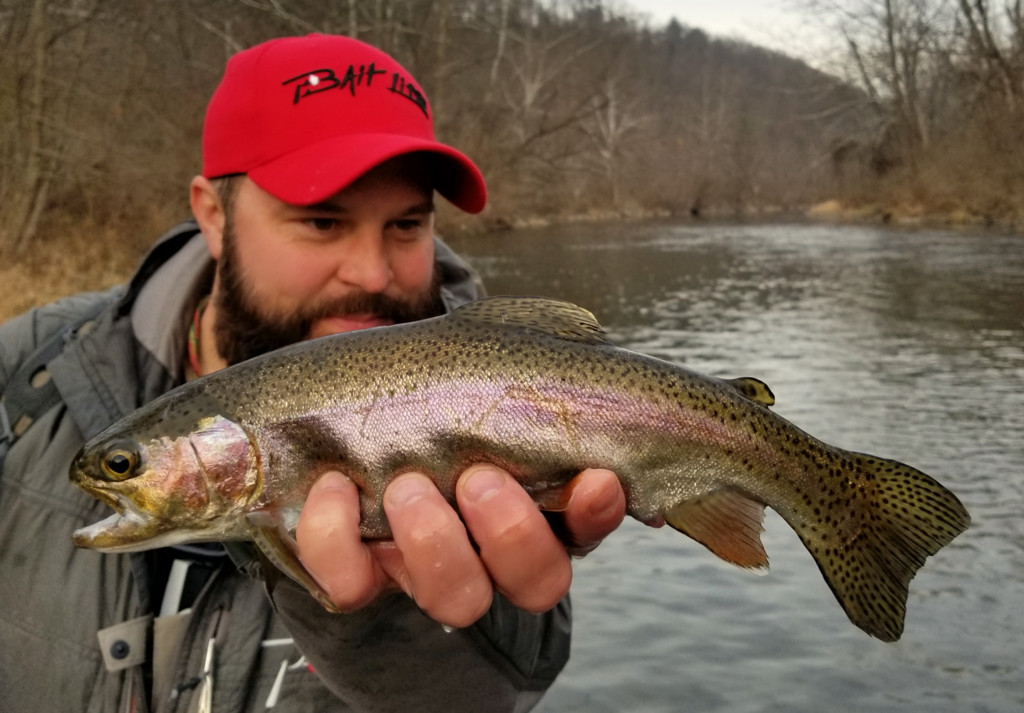 The day started testing Fire Balls in the lower end of Bald Eagle. The golden rainbow grabbed Brown Trout Fire Balls and we caught several smaller rainbows and browns on the same bait. Meanwhile, as the day went on the bite migrated to a real egg bite. When it did Natural Deluxe and Pink Shrimp (Pautzke) salmon eggs worked best. We fished them on size 8, 10 and 12 salmon egg hooks and found a better bite the last two hours of daylight.

Even as air and water temperatures fall we found trout spread throughout the water column. Some were near the top of the runs, others in deep holes and some in the tailouts. 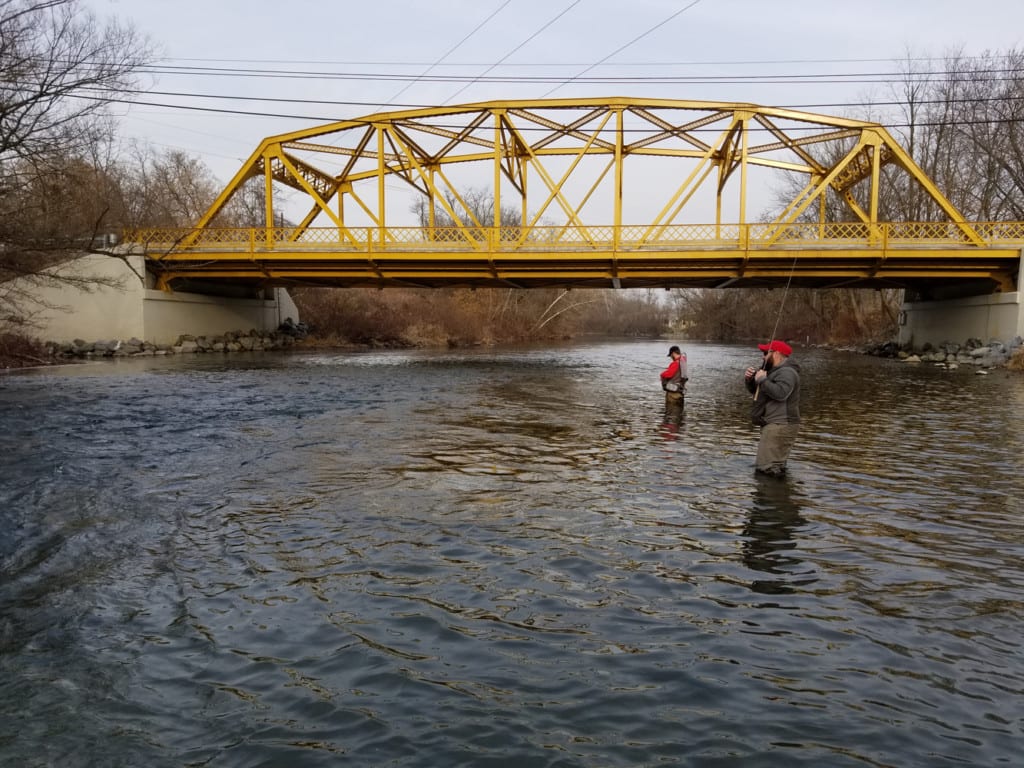 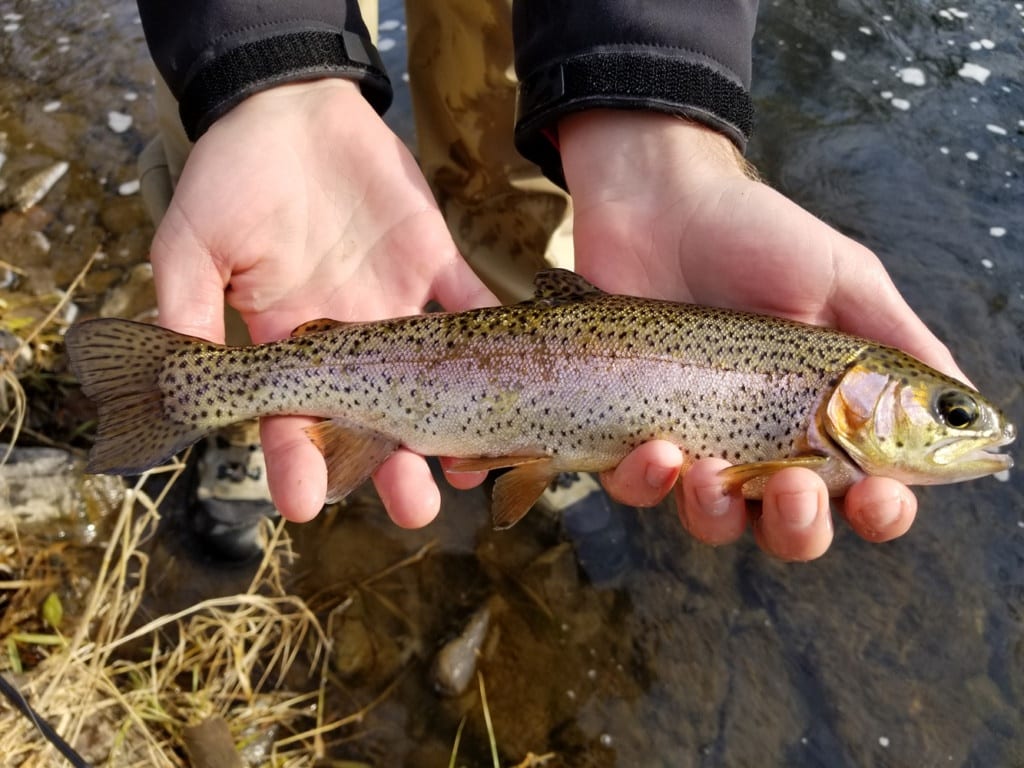