Sitting in the Huddle House in Alexandria City, Alabama, at 5:47 a.m. on Monday Eric Cagle of C&M Guide Service called me to ask where we were. We were supposed to meet him at the boat ramp on Lake Martin at six sharp. He was getting restless. The crappie were biting at first light, he said.

Meanwhile, temperatures in the low thirties, patchy fog and a stronger than we expected breeze kept the bite from commencing before the sun rose. We fished the first hour with little success. Fortunately, that changed rapidly when the temperature rose into the 50s and the fog lifted. While the bite started slow it didn’t finish that way. 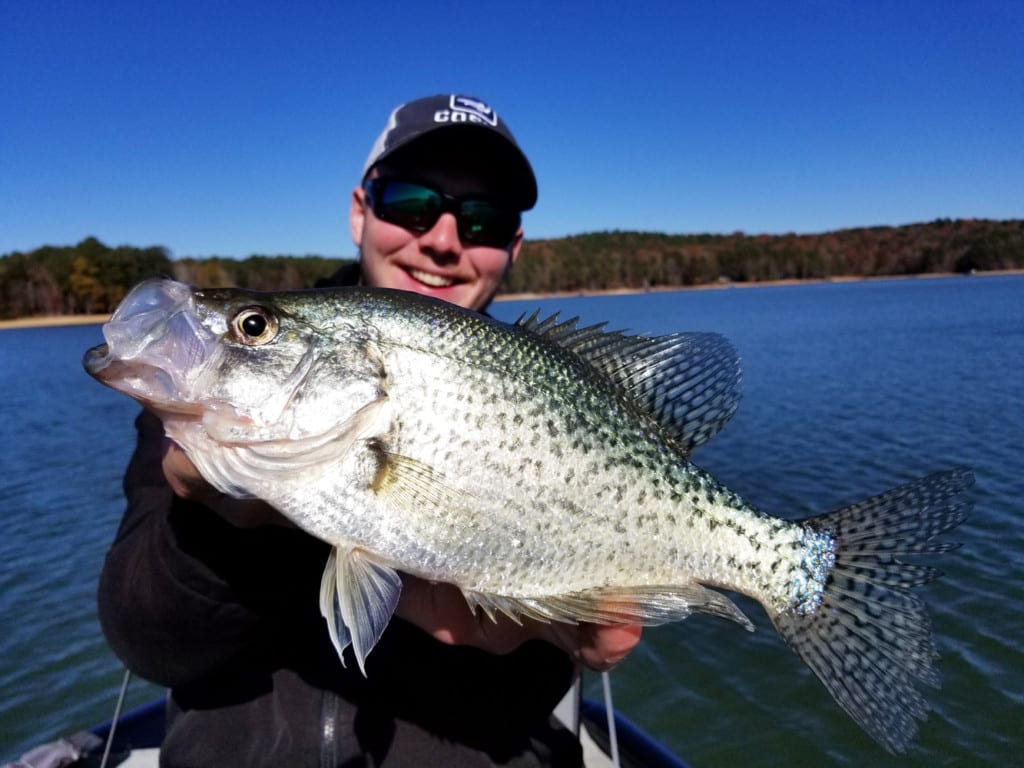 We were in town to experience the Iron Bowl. Being from the West Coast it was my second time at the game in Auburn. The first was in 2013. You could say after these two games I’m more than spoiled with a good time. We parlayed the football into a chance to film Pautzke Outdoors catching crappie in Alabama and connected with Cagle after we were tipped off by another crappie pro in South Carolina that he’d been using our Fire Dye for months on the tournament trail.

Having filmed Pautzke Outdoors in more than two-dozen states in recent years this was our first time doing so in Alabama, and after the first hour the crappie weren’t shy. Armed with live Blue Fire Dye minnows we caught dozens of crappie between 7am and 11. Our largest ran roughly a pound-and-a-half. Most ranged from three-quarters to a pound, or a bit shy of it.

Cagle mostly casts, which we were thrilled with. We didn’t spider rig or troll, rather skirted from brush pile to brush pile and either tipped jigs with the blue minnows or simply fished a blue minnow under a quark. Both methods were effective. Cagle even caught some with a naked jig. He wanted to give the crappie both and let them decide which they preferred. 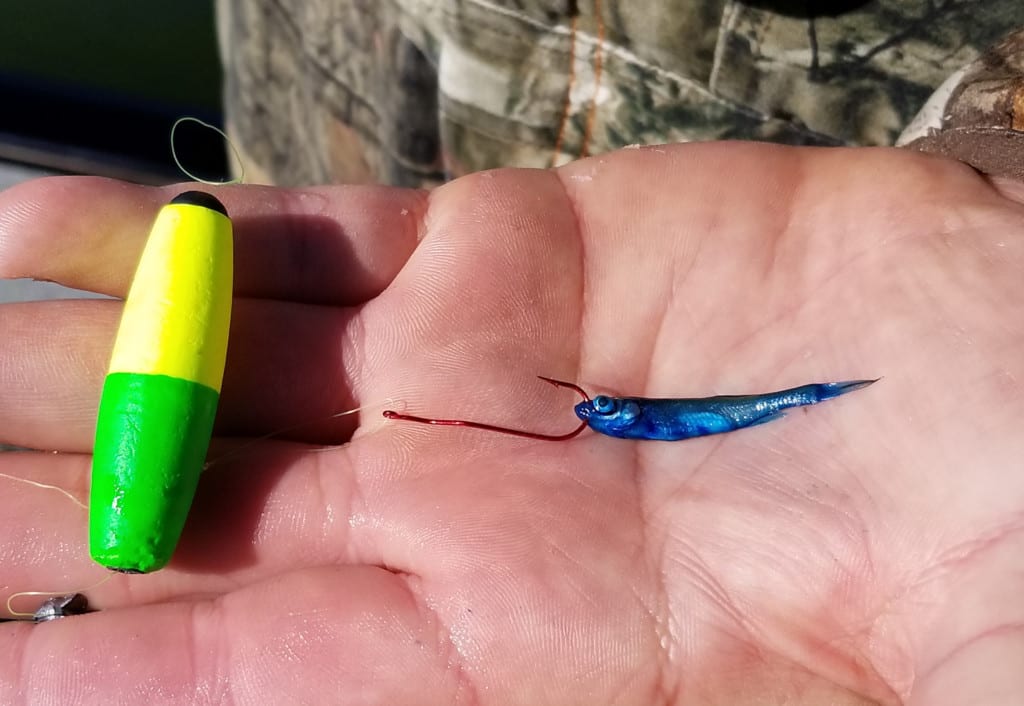 With temperatures falling recently Cagle mentioned the crappie are transitioning to winter patterns and doing so in a hurry. What we learned was the crappie snapped the blue minnows, some of which were super blue and others we only wanted to have blue tails and fins. To be honest, we were hoping to show them the Chartreuse Fire Dye minnows, but Cagle used up all the chartreuse a few days prior. Either way, the short trip was a success, on the field and water. 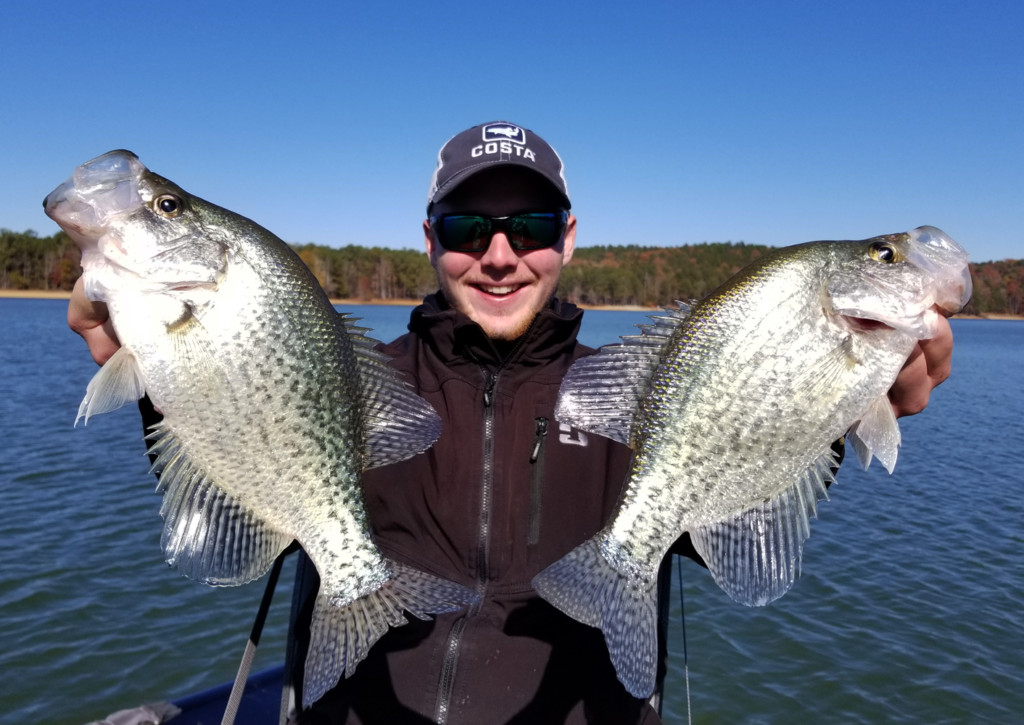