Considering they predicted one million salmon and we only got 500,000 across Bonneville the run wasn’t what we expected. It never reached potential. On the bright side, however, with the time we are putting in we are still catching fish daily. We haven’t had any days where we got skunked.

Last year we averaged eight fish, per boat, per day. This year, meanwhile, four-to-five is closer to reality. The quality matches last year. They are your standard upriver brights. Our largest fish was 32 pounds, but the average closer to 15. We aren’t seeing any huge fish this year. 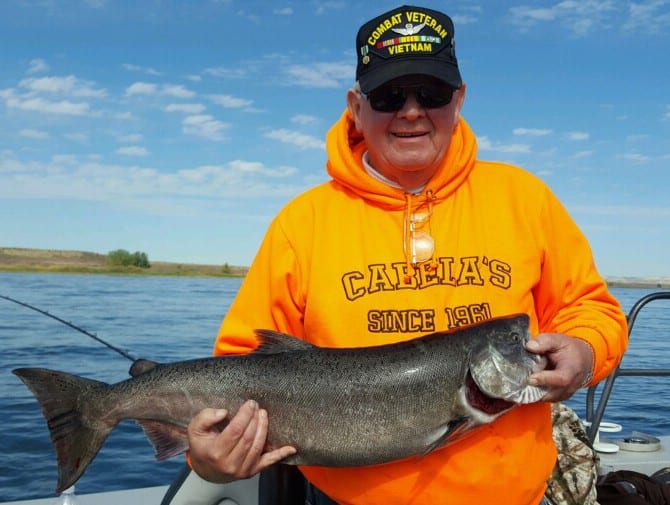 I think we have two more solid weeks of opportunity to catch salmon. The bulk of the run is already done, but there’s a lot of fish holding in Hanford Reach. There’s more fish coming into the reach daily. This is their home. They are coming and staying here. It’s not like they come in and keep on going.

It’s been an egg bite. Fire Cure was my go-to bait. I’ve caught almost all my fish on the cured eggs and only a few on stuff like Super Baits. Egg water is generally faster, more currented water and that seems to be where most of the fish are holding, so it’s been all eggs. Normally, we use a lot of Super Baits, but that’s mainly in slower water and the fish aren’t holding in that water now. I don’t anticipate that changing either. 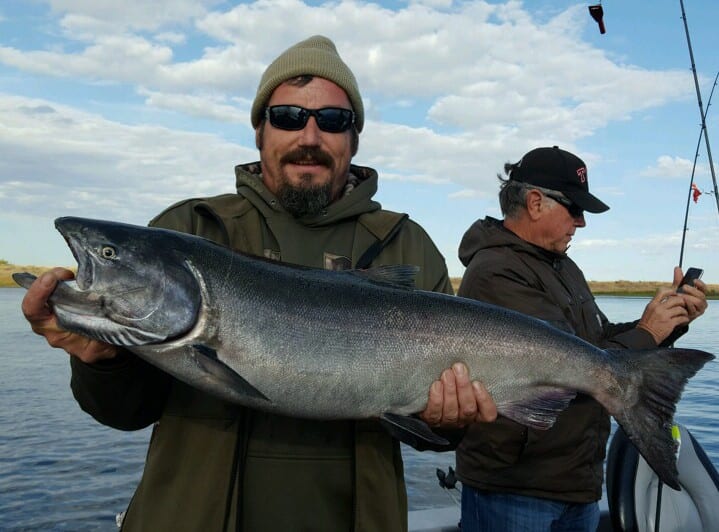 I’ve been using Red Fire Cure with an Orange Corky with a gold fleck and a silver UV Corky with pink. I’m using about a 50-cent piece of bait, 50-pound Clear Suffix and 65-pound Suffix braid. The reason I use a 50-pound leader is because the line is thicker and tends to hold the egg better. When it comes to hooks we’re using a No. 2 Gamakatsu treble. 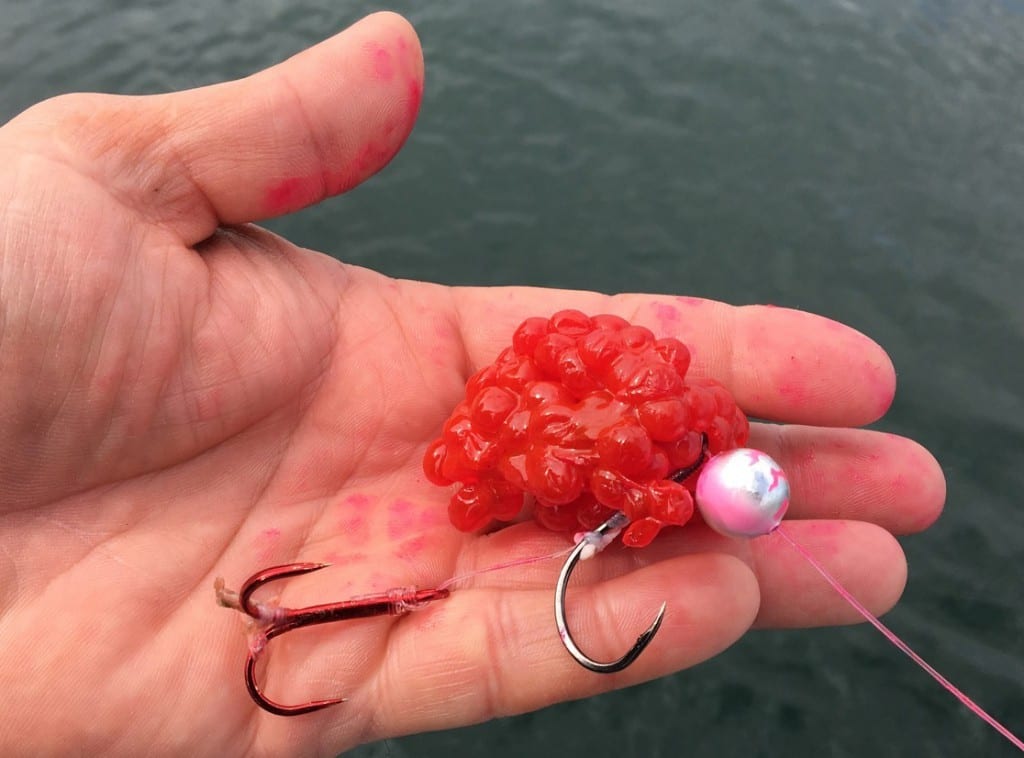 This year forced me to learn new areas and chase fish rather than going to the same spot we go every year. Rather than stay on my usual spots we ran 15 miles some days to look for bigger pods of fish most notably because our normal spots weren’t producing the numbers we’re used to. I’ve been fishing here 20 years and this is the first year I’ve had to learn new holes. With that said the key now is to stick to the currented water. 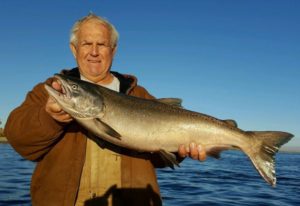