While anglers are still catching fish daily the bulk of the Chinook run has come through Rogue Bay. However, the Indian Creek fish and the silvers are just starting to come in and we can expect an opportunity to catch salmon in the bay for at least another month. Action isn’t as good as we’ve experienced the last few years, but there’s quality fish available for those putting time in.

We’ve had fish in Rogue Bay for a while, but we are seeing smaller fish than we’re used to. To be honest it’s been inconsistent all season. Some days we had good fishing and then it was poor for a few days. I’m used to being able to catch two fish a day, but this year it’s been four one day and then none for a few days. There were a lot of variables that played into it being a rough fishery this year. Dam releases, poor returns and warm water made things challenging. 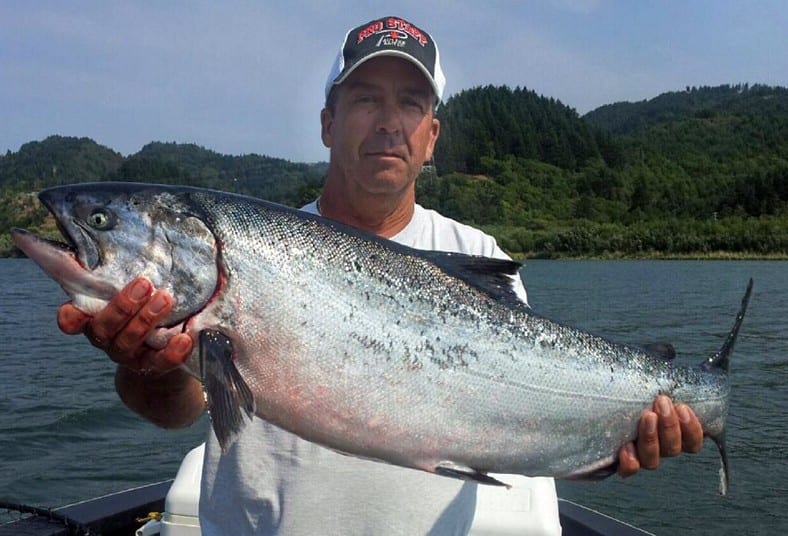 Meanwhile, there are fish for the taking. Expect to work harder though. If we continue to get a lot of rain those Chinook that are in the bay now will blast into Indian Creek. I don’t think that’s going to happen, however. Today is our last drizzly day and then it’s stable again. If we don’t get a lot of rain we’ll have a fishery into November. The coho will definitely continue into November, either way.

While many of the Chinook have pushed through the bay there’s reason to keep trolling. The Indian Creek fish tend to be larger than the previous fish that came in. If it’s a 40-pound fish and it’s caught in the bay this time of year we know it’s an Indian Creek fish or it’s going to want to spawn on the Rogue River in the first six to 10 miles. Between chasing the Indian Creek Chinook and the coho a decent day is five coho (three that you’ll have to release because they are wild) and one Indian Creek fish. 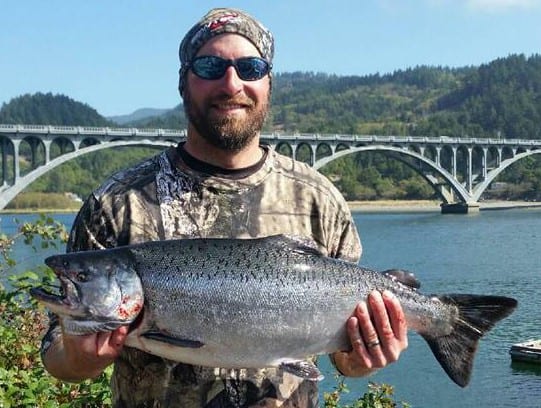 Tides aren’t everything, but I like the incoming tide. Rogue Bay is so shallow that you can fish any of the tides, but high and incoming are best. If you’re going to fish the incoming you’ll want 2.5-3 ounces of lead. However, on the low tide, you can drop down to two ounces. I’m always using 25-30 pound Berkley Big Game with a 40-pound Maxima Ultragreen leader because there are 40-50 pounders around there and we don’t want to lose them. 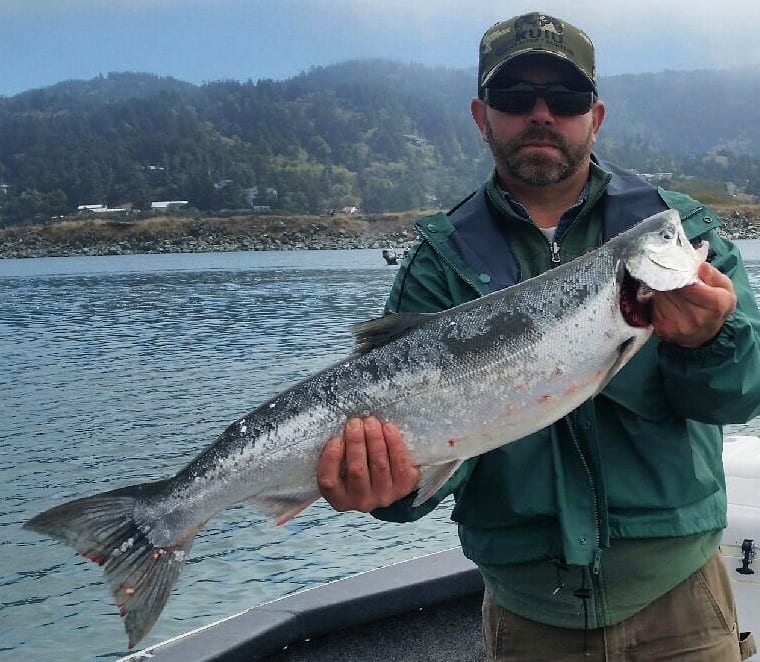 It’s a bait bite in the bay. I’m running Chartreuse Fire Brine anchovies religiously, even though the silvers will start biting lures soon. Knowing this, during October and early November brining the anchovies in Pink or Red Fire Brine works better than lures. Oddly enough most people are still using chartreuse and blue brine, but the silvers prefer pink and red colors, which is why the Pink and Red Fire Brine comes in so handy in the fall.