The West Coast has seen banner salmon runs this summer. Fortunately, the Rogue River is no exception. I’m happy to report we’ve been seeing salmon for three weeks already and there’s plenty of salmon staging in Rogue Bay that will be headed here shortly. It’s important to remember the salmon run on the Upper Rogue begins earlier than on most Northern California and Southern Oregon rivers.

There’s a lot of momentum when it comes to salmon on the Upper Rogue. The springer run was a bit of a bust for most of the season until the bite finally exploded in late July. The fish were larger than average, and that trend seems to be continuing with the fall run. Most of the salmon caught in Rogue Bay the past few weeks have been averaging 25 to 35 pounds with a few over 40 pounds being weighed in already. Keep in mind, those fish are heading here next and there’s steelhead here now. 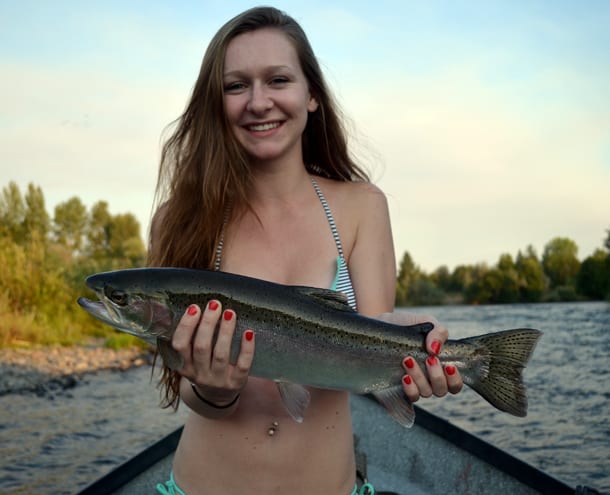 The Rogue River’s fall salmon stack up in the Rogue Bay when the river temperature is greater than 70 degrees like it currently is. This causes a lull in the action on the Upper Rogue, as those fish wait for cooler water. Luckily for us, the Rogue is dam controlled, and the Army Corps of Engineers will be raising outflows sometime within the week to draw the fall salmon upriver. Once the cool water reaches the bay it typically takes about two weeks for those fish to reach the Upper Rogue. The key is to watch for when the river gauge located in Agness dips below 70 degrees. 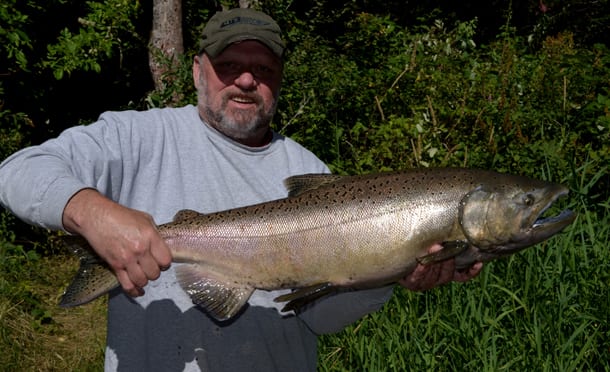 The first wave of fall kings will shoot straight for the upper section of river where water temperatures are the coolest. This is where I start my fall during the second half of August. In this section Fire Cured eggs are my go-to bait. I like to cure my eggs in a 50/50 mix of both Red and Pink Fire Cure. I also add a generous amount of Fire Powder (powdered krill) and fish the eggs back bouncing and behind a diver.

Once September 1st hits, the Upper Rogue closes and we are forced to move down into the middle section of river. This part of the river has a lot of pike minnow, which makes fishing eggs tough because they’ll eat them. On the middle section my go-to method then becomes back bouncing large KwikFish wrapped with a sardine soaked in Pautzke’s Nectar. I precut my wraps the day before and let them soak in the Nectar overnight. In the morning I pull them out, lay them on a layer of paper towels, and sprinkle a little rock salt over the top of them. This toughens them up to make sure they don’t fall apart too fast in the warm water. 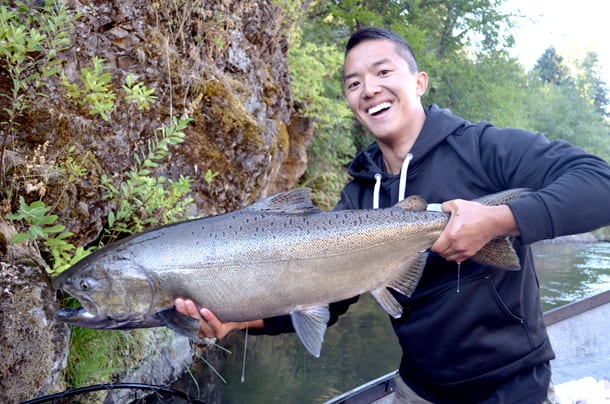 While the fall salmon run draws the most attention, we also receive a good run of summer steelhead in August. This year’s run has been slightly above average. Most days we catch a few nice steelies mixed in with salmon. The best summer steelhead fishing is taking place right now and will last all the way through December. The fall salmon will start in earnest the last week of August and will be good all the way tell it closes at the end of September. 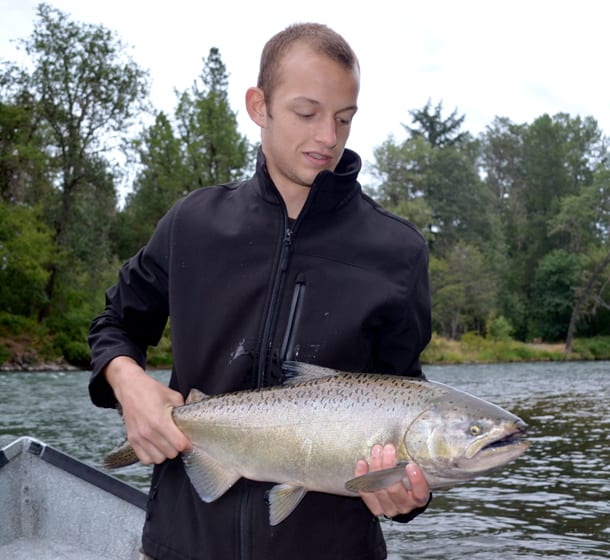 When fishing steelhead with plugs I like to use Mag Lip 3.5’s or Brad’s Wigglers. I use Pautzke’s Red Nectar on my plugs to help add scent and cover any human scent that may be on them. The Nectar won’t create a mess like some of the Super Gel’s that can be hard to wash off at the end of the day. 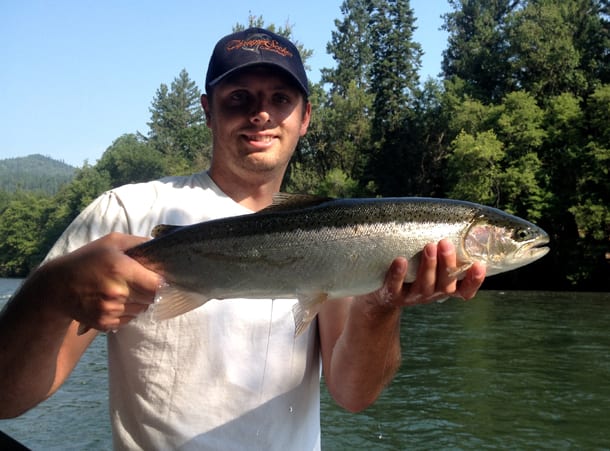 For the eggs I run dime to nickel sized baits cured in Natural Borx O Fire, and once again I like to add a generous amount of Fire Power. I fish these on a 6-lb leader with a size 2 hook and a Fish Pill. 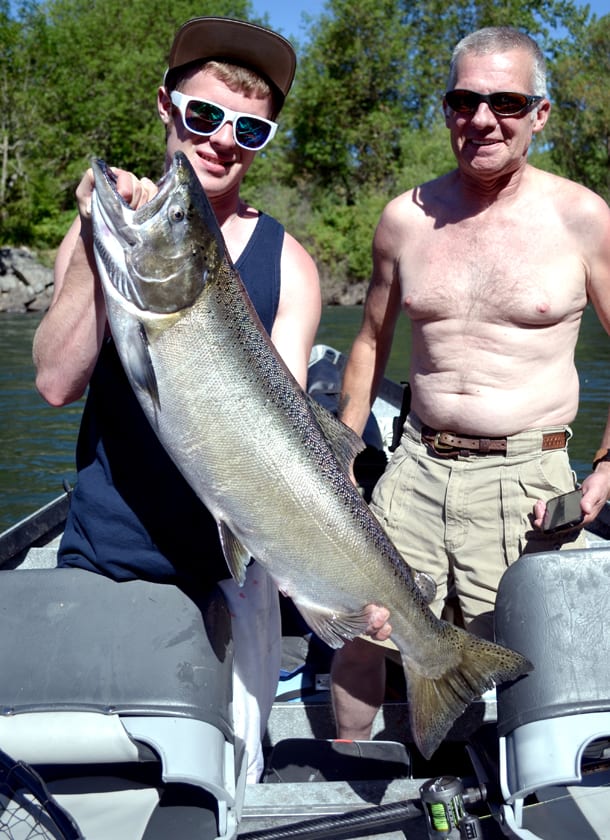