Skip to content
Catch More Trout With the Magic Marshmallow

Fishing marshmallows for trout is nothing new. Forty some years ago they were the “in” thing. Back then many different manufacturers launched several flavors and colors. My favorites were always cheese or garlic. Meanwhile, since I like to experiment with different baits and techniques I found a different way to trout fish with marshmallows. I think the method we’re about to discuss is more effective than using them right out of the jar. I saturate my marshmallows in Pautzke Red Nectar and the trout eat them up like they are trout candy. For almost a century Nectar has been a go-to scent for salmon and steelhead anglers. Let’s discuss how to do this.

For starters, the method we’re about to dive into works best with store bought marshmallows. I prefer the mini marshmallows, the same Rice Crispy treats are made out of and the ones you put in your hot chocolate. I prefer taking a handful of marshmallows out of the package a few days prior to using this technique. It hardens them up a bit. However, they’ll work straight out of the package, too. To round out the materials a syringe of some sort is necessary. Insulin needles can be found at any drug store. Unfortunately, I’ve found that bait injectors have too large of needle. Finally, you’ll need a bottle of Pautzke Nectar.

Anglers from Northern California to Alaska are familiar with this product, but those from So Cal, the Rockies, the Great Lakes, Northeast and Southern trout waters have likely never heard of it. Unfortunately, if you live outside the West you’ll likely have to purchase it online. On the West Coast, in BC and Alaska it should be easy to find. It’s the key component In this exercise. For those who have never heard of it Pautzke Nectar is the bottled run off from Pautzke’s Balls O Fire salmon eggs. It’s pure salmon egg juice with sugar, two things trout can’t resist. 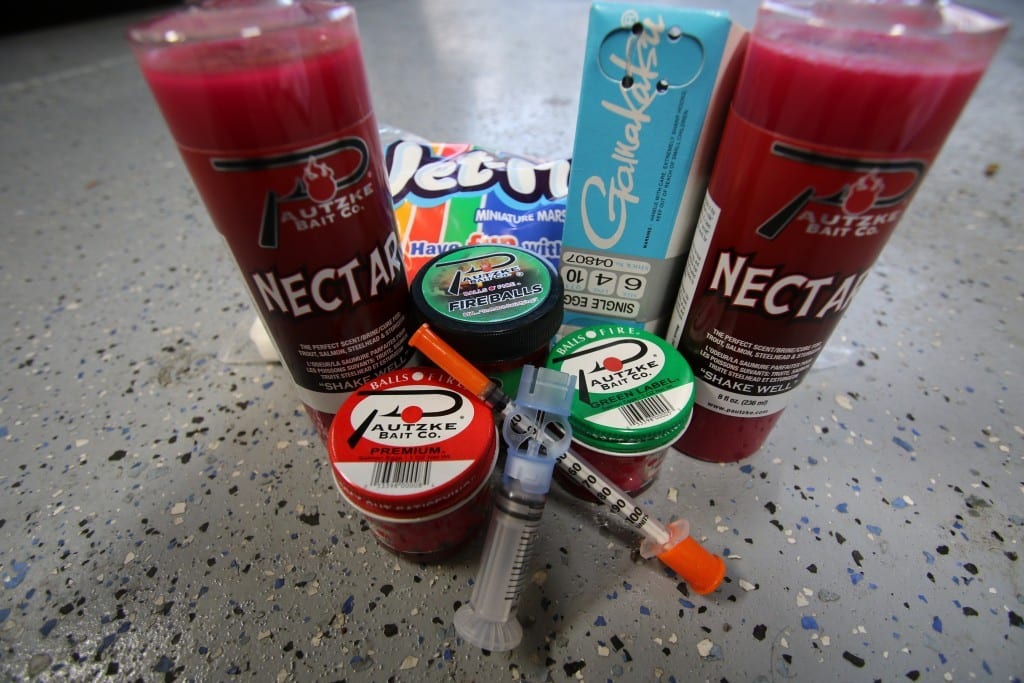 How to make the marshmallow magic:

Step 1: Fill the syringe with nectar

Step 2: Insert the needle roughly halfway into the marshmallow

Step 3: Slowly (very slowly) inject some Pautzke Nectar as you pull the needle out. 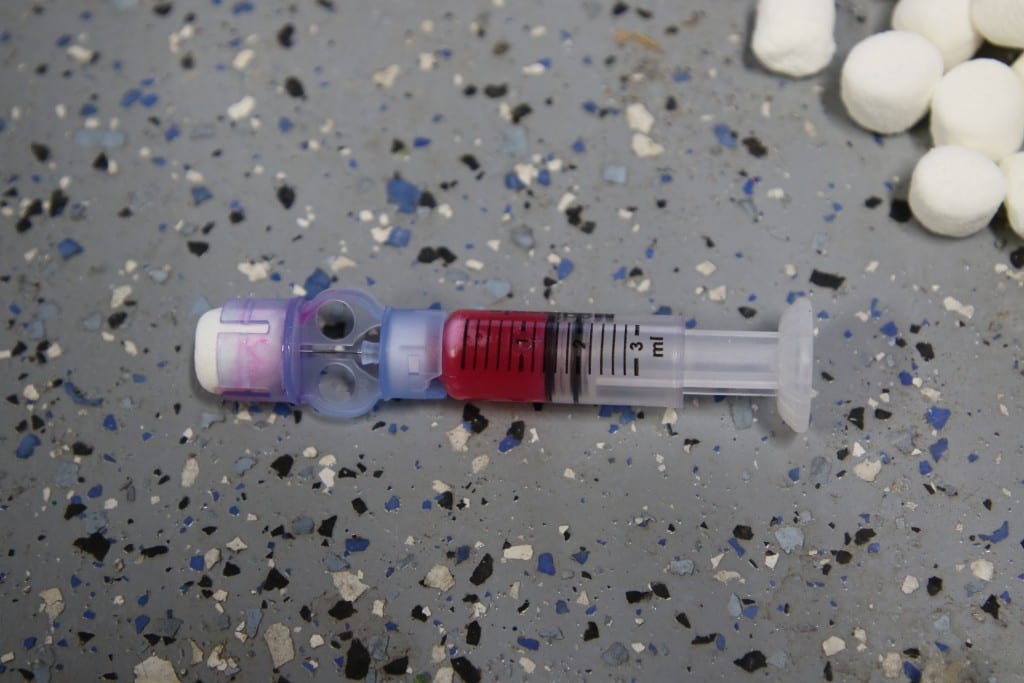 *If you inject too much Nectar the marshmallow becomes mushy.

*Some Nectar will come out the hole and drizzle down the sides. This is normal and a good thing. Now these marshmallows produce that irresistible scent that real salmon eggs do. 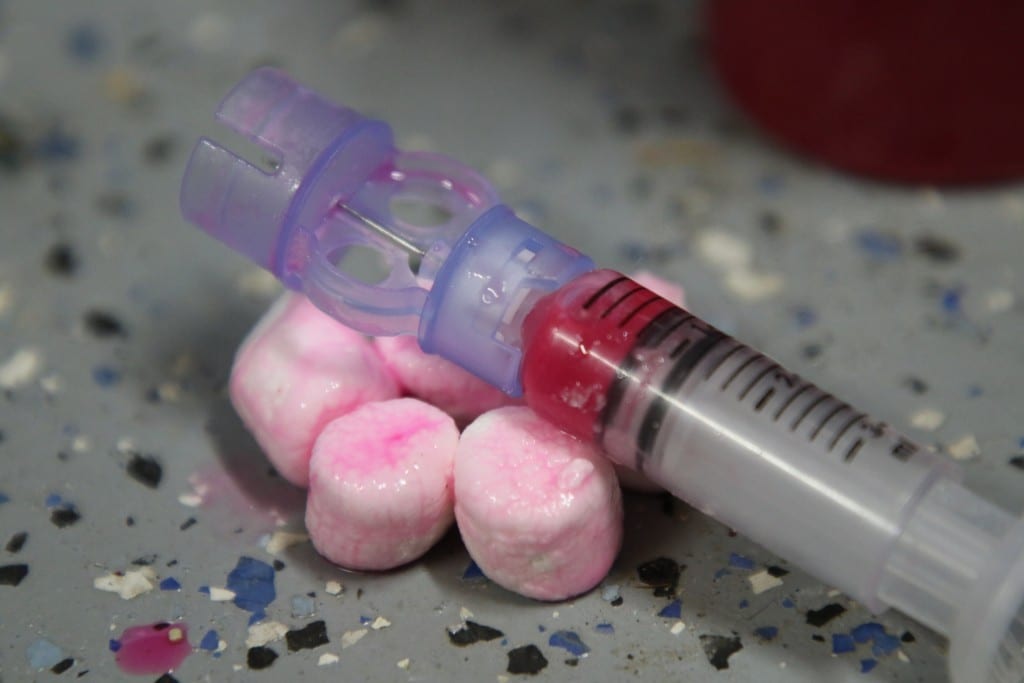 *I like to do this for six marshmallows at a time. This can be done while you are fishing and as needed or prior to fishing. If you do it prior place them in baggy, seal it and place it in your tackle box.

Here’s how to set up for trout fishing: 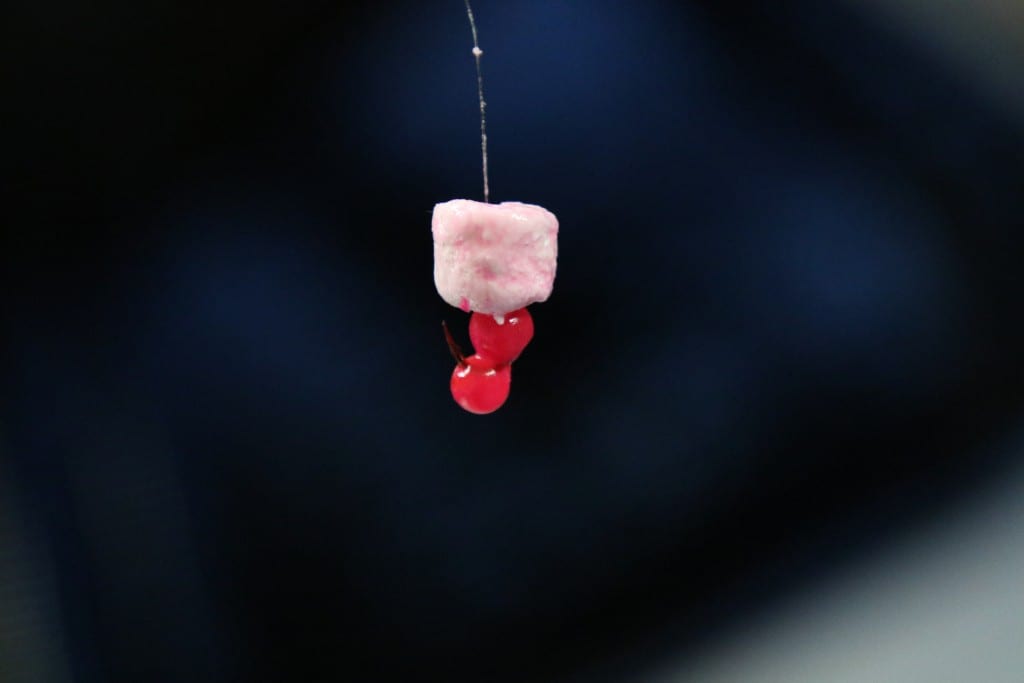 To be successful you’ll have to adjust the depth your bait is fishing. This means once milfoil or other aquatic plants start growing you can increase the leader lengths to allow your bait to float higher off the bottom and out of the weeks. You can also slide the split shot(s) further away from the swivel so the marshmallow combo’s now float above the plant line.

Next time you go trout fishing in a lake, reservoir or pond enjoy some Rice Crispy Treats and catch some fish. This technique has been one of our family secrets. It’s worked for us for more than four decades and will do the same for you. 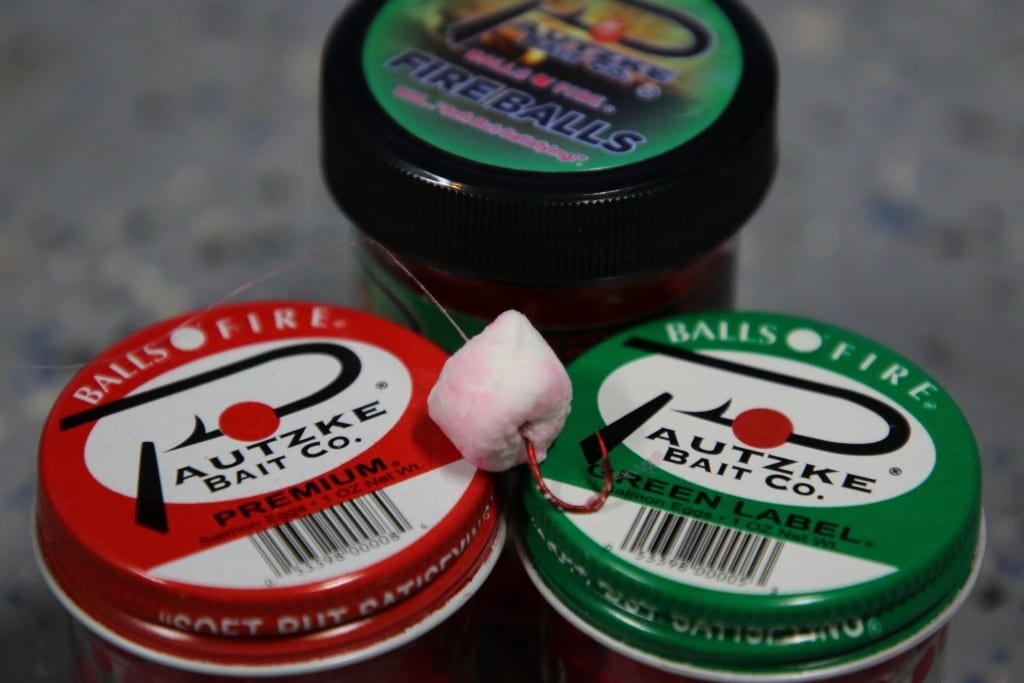