It took us longer to launch the boat on Lake Oroville than it did for us to catch our first salmon. Considering none of us had ever fished the reservoir for Chinook this should tell you the state of the fishery. Oroville’s inland Chinook program is off to a good start this spring. It’s only going to improve.

We filmed Pautzke Outdoors here Friday and within a few hours had more than enough footage. While we didn’t catch any large fish we did connect with dozens of 14-18 inch Chinook and a few to 20 inches. It’s important to note we didn’t start fishing until 9am and were done by 2pm. We targeted the poorest time of day and maintained excellent catch rates. This put-and-grow resource should continue to shine through spring and summer. 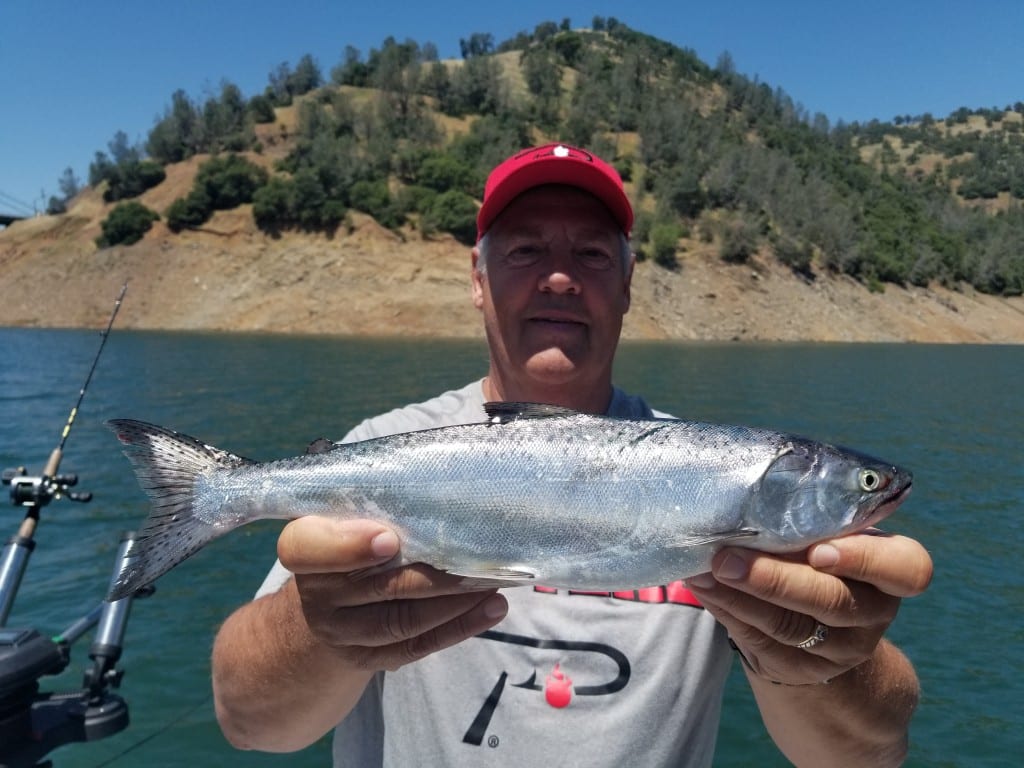 We don’t have a pro that fishes Oroville. Instead, I called Jeff Goodwin of Jeff Goodwin’s Guide Service and asked him for a favor. Rather than take us out on Shasta, where he has been guiding for months, I pleaded with him to take a day off and bring his boat to Oroville so we could sample the fishery. Goodwin agreed, even having never fished here. Fortunately, success came instantly. Chalk it up to luck, good bait or a guide with lots of knowledge, but we did well.

Many anglers told us to troll the face of the dam. However, we focused on the area in the vicinity of Bidwell Bar Bridge (Highway 162) and couldn’t keep the Chinook off our lines. Our pattern was simple: troll the north shore above and below the bridge and then migrate down the middle of the river channel adjacent to the bridge. For the most part we marked and caught most of the salmon 25-35 feet down. On the other hand, the last 15 minutes of our trip we marked a few Chinook down 100 feet, dropped a downrigger at that depth and caught our largest fish instantly. 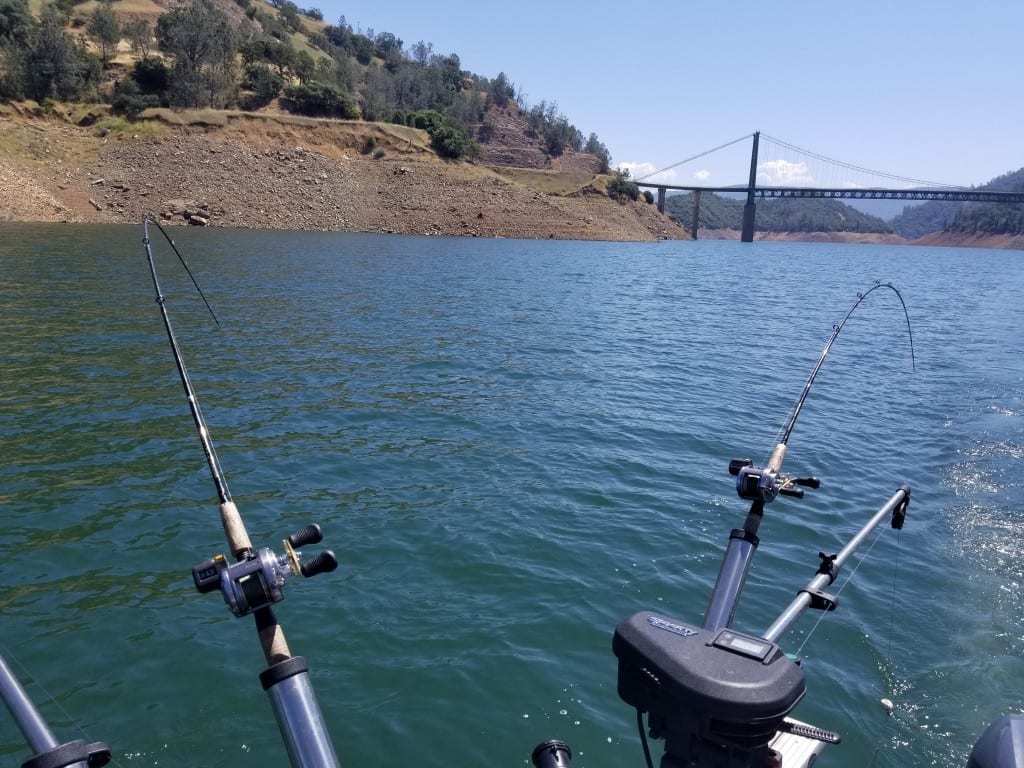 Our Chinook came on two techniques. The first was tipping artificial squid with small pieces of Natural Fire Brine herring. These pieces were the size of a thumbnail. Tipping was imperative. We found this out the hard way. After fielding a bite on a downrigger that didn’t spring the squid loose we left it on and didn’t get any bites for the next 30 minutes on that rod while others went off. When we checked it there was no tipped bait. We reapplied the Natural Fire Brine herring and dropped it back down. We caught a fish within minutes. 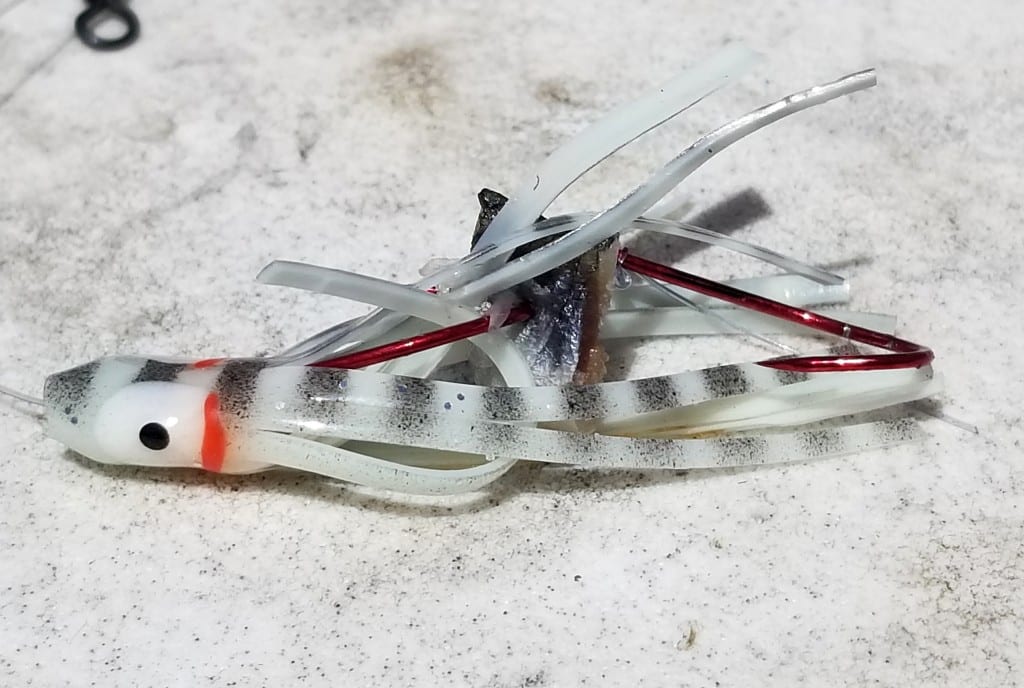 Our best bait was Blue Fire Brine shad. We rolled those on the two outside downrigger rods and they were eaten often. Natural Fire Brine shad were effective, too, but we drew more strikes from the blue. Both were fished with double hook rigs. 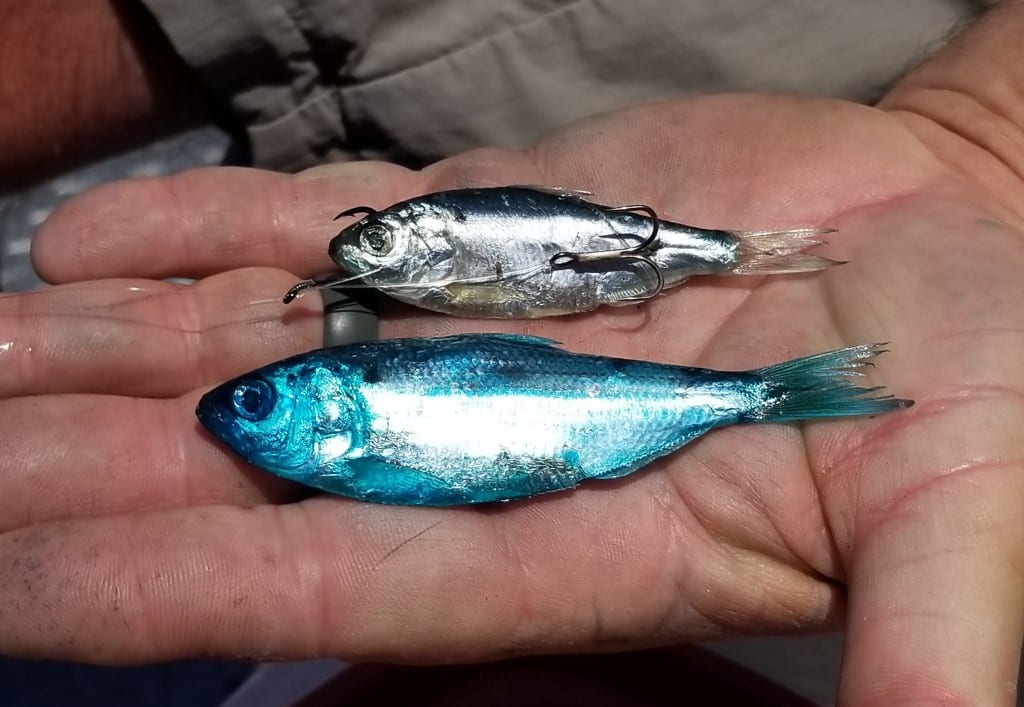 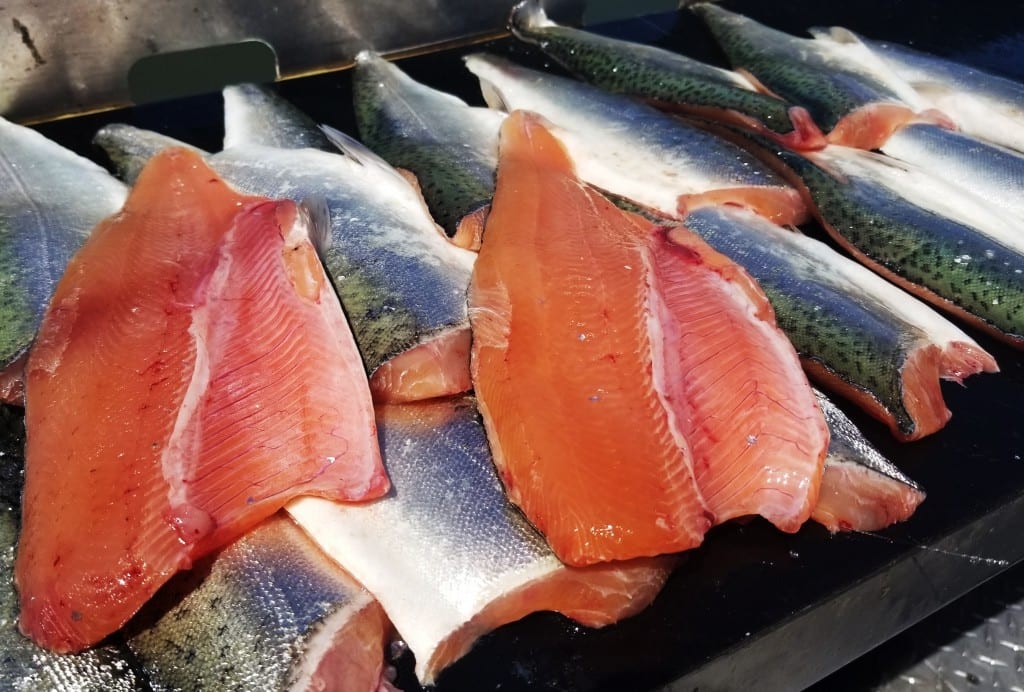