While not carrying the same buzz it did last year the Northern California striper run is still going on. In fact, we caught a four-man limit and released another dozen fish while filming on the Feather River with Scott Feist of Feisty Fish Guide Service. Action was non-stop even though the run will expire in the next few weeks. Striper fishing couldn’t be better right now.

Last year we filmed Pautzke Outdoors on the Feather River near Yuba City and were surrounded by dozens of other fishing boats on a mid-week day. Wednesday we filmed an entire episode in two hours without seeing another boat or angler. We caught fish on every pass. Some of the passes we had doubles. And, by 8am we were back at the ramp with enough footage for two shows. 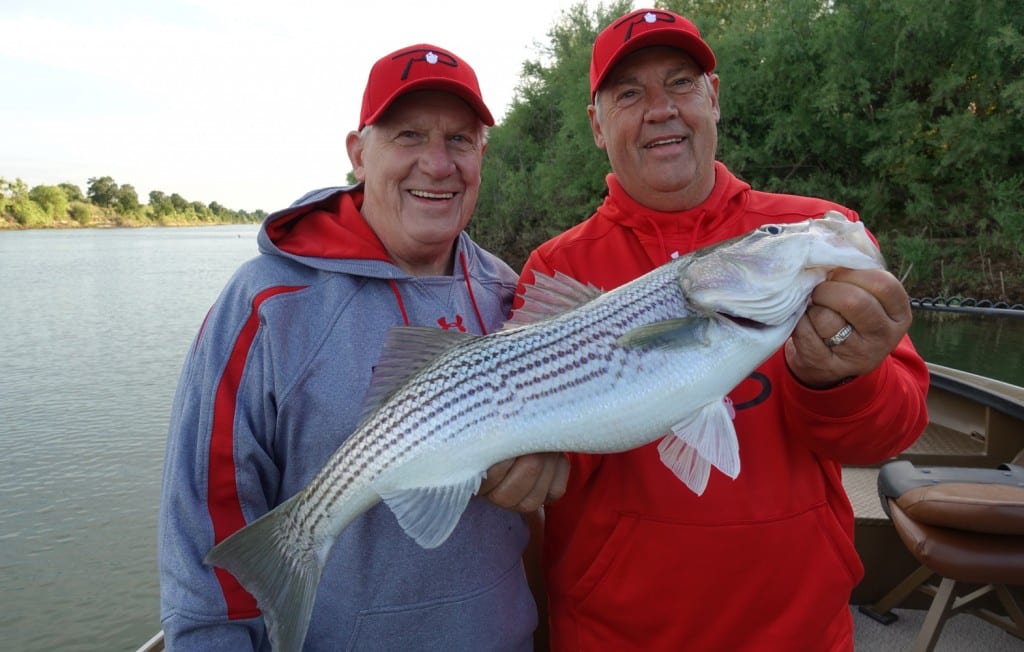 How much longer will the bites last? That’s a good question. We caught plenty of fresh fish this week. However, Feisty is only going to guide another week and believes many of the stripers have spawned or are spawning now. That means they’ll be migrating back toward the Delta soon. The run should last a few more weeks. There’s fish to be caught now.

Our trip was quick and easy. We caught fish the first and last pass and almost every drift in between. And, while we couldn’t find other boats we didn’t have any issues locating stripers. They were everywhere. We caught larger fish this year, too. Feisty has caught plenty up to 20 pounds in the past few days. Meanwhile, we didn’t catch anything larger than about eight pounds, which was fine with us. We caught several fish in that range and many smaller, too. On light tackle they were a blast. 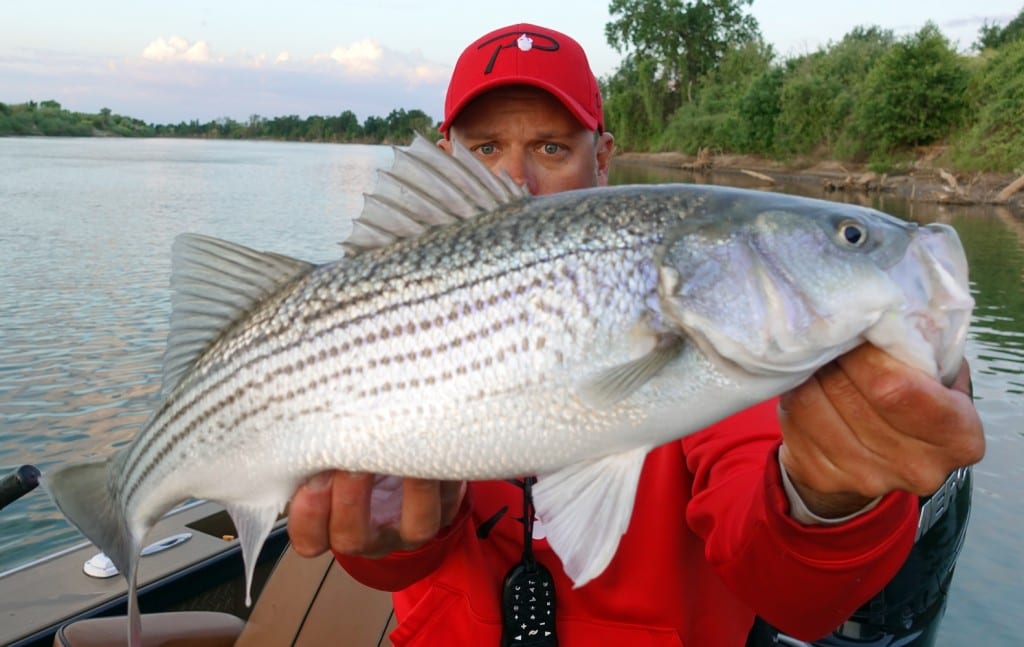 The purpose of the trip was to get more footage catching stripers with live Chartreuse Fire Dye minnows. It couldn’t have been easier. The minnows stood out in the water. We could see them and so could the stripers. Feisty had regular golden shiners and Fire Dye golden shiners. We only used the chartreuse shiners and experienced non-stop action. It was one of those days when we weren’t fishing rather catching. 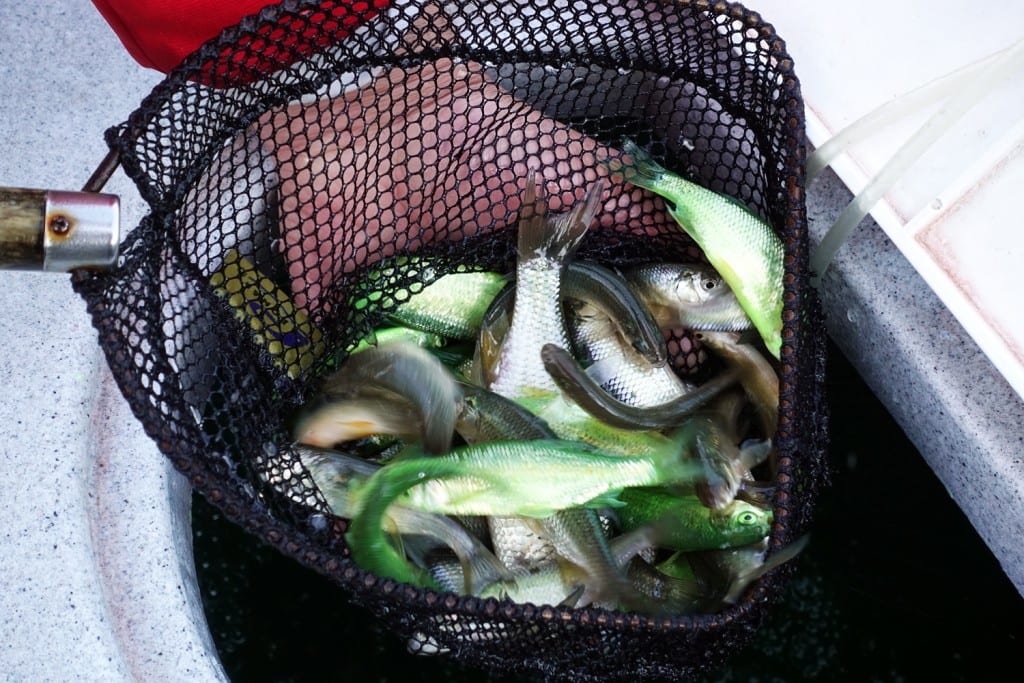 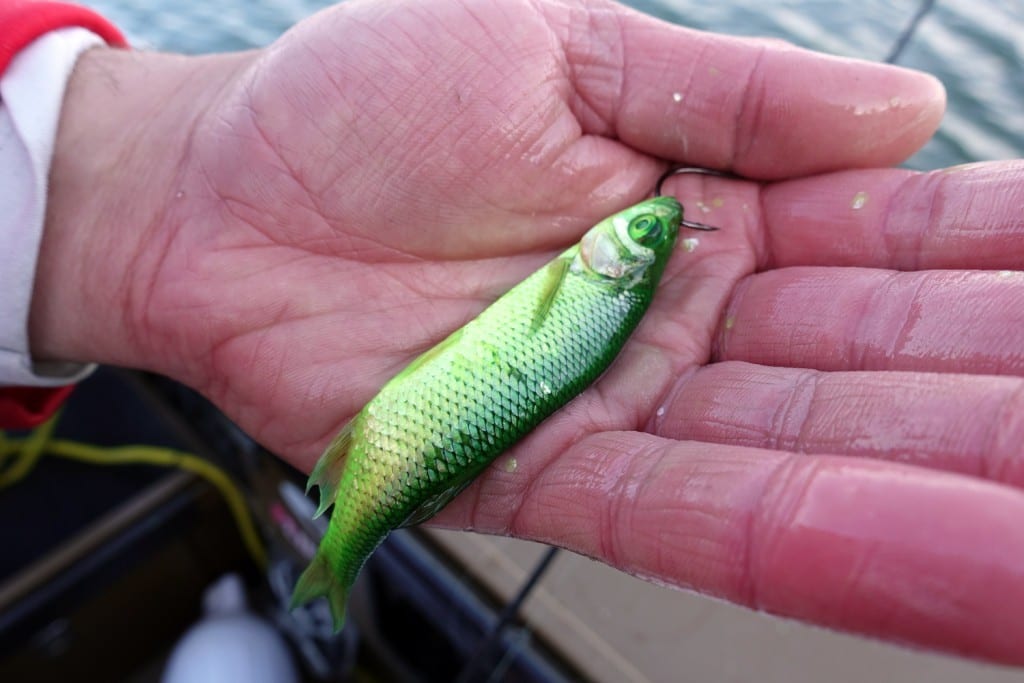