They told me an hour was enough. That was one hour to film an entire episode of Pautzke Outdoors on the Lower Musconetcong River in New Jersey. That included time to cover our gear, rigging, intros and catching dozens of trout. Our contacts were wrong. It only took 30 minutes. The trout bite on the Lower Musky is excellent right now. In fact, we caught dozens of trout in that time frame.

Fortunately, more trout are coming, too. This means the inventory of trout is only going to increase. Only minutes from the Pennsylvnaia and roughly an hour from Newark , this section of the Lower Musky, as it’s called by locals, is stuffed with rainbows. The New Jersey Division of Fish & Wildlife has stocked the system often since the opener and I can’t see how fishing could be much better.

Meanwhile, big fish isn’t likely in the cards. Of the dozens of trout we caught and released in that first hour not one was greater than 12 inches. Most were 10-12 inches. The state did stock large fish for the opener, but most have likely been caught. In addition, there’s so many fresh stockers that they tend to bite bait quicker than the big ones. Still, if you downsize the trout are a blast to catch. 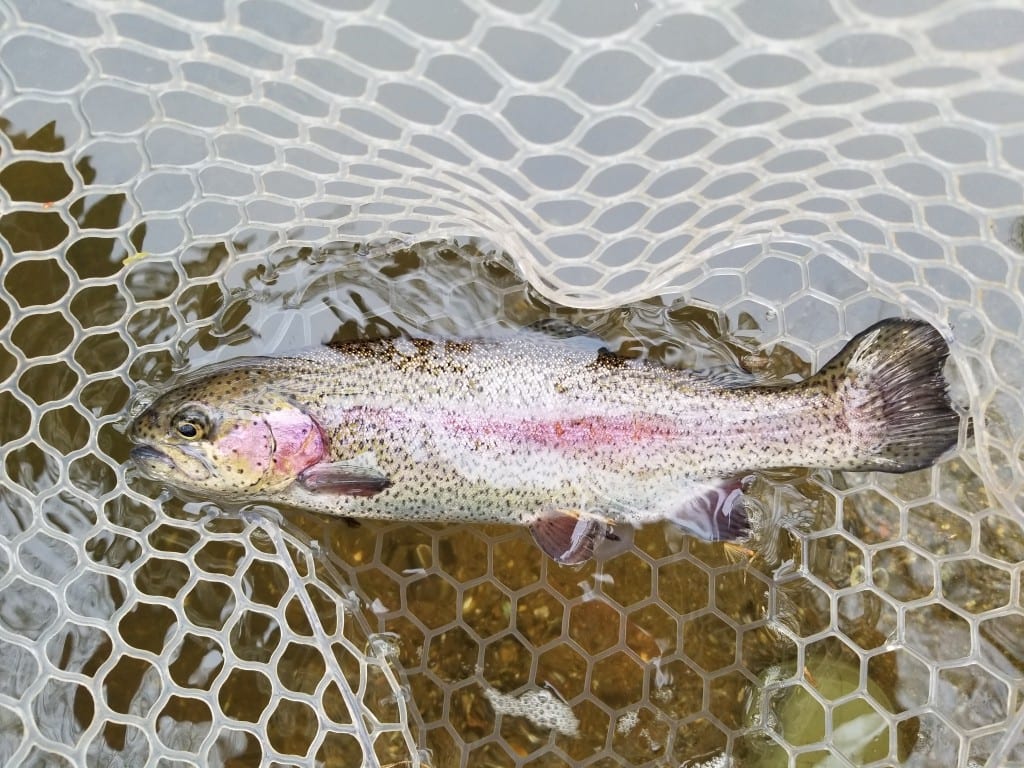 We used four-pound mono line and size 10-14 single salmon egg Eagle Claw hooks. Keep in mind the Lower Musky is a medium size system. You’ll need some Water Gremlin split shots to get baits into the strike zone. We used floats as well. Without them you’ll get snagged often. When using the float it’s best to keep your eggs roughly a foot off the bottom.

The egg bite is hot in Jersey. While we had a box of Fire Bait and Fire Balls the egg bite was so good we didn’t use anything, but Balls O Fire salmon eggs. Premium (Red Lid), Gold Label and Natural Deluxe eggs fooled trout on every cast. The bite was that good. There were three of us fishing and each went through almost a jar of each in an hour. At times we used one egg. Others we used three at a time. Regardless, they inhaled the eggs.

As most locals know dozens of miles of the Musky are stocked by the state. Every angler has their own favorite stretch of river. We fished the system three different times and each section was loaded with trout. Focus on all easily accessed public stretches. We found trout in holes, runs, behind boulders, around undercut banks and at the end of tailouts. In fact, there weren’t many stretches of water that didn’t harbor rainbows.