Entering June here in Washington State most are thinking about salmon. Spring Chinook have entered the Columbia River and are making their way up to the tributaries, being chased by anglers the entire way to their spawning grounds. I’ve been kokanee fishing Lake Chelan for months, but have switched over to springers, regrettably leaving behind an awesome fishery still in its prime.

For large numbers and size, Lake Chelan is quickly becoming the go to kokanee fishery in the state. This spring an average stringer has been running 15 inches with many topping the 18 inches. Our biggest kokanee so far was 21 inches and weighed nearly four pounds. These fish are still growing in the lower basin of the lake. 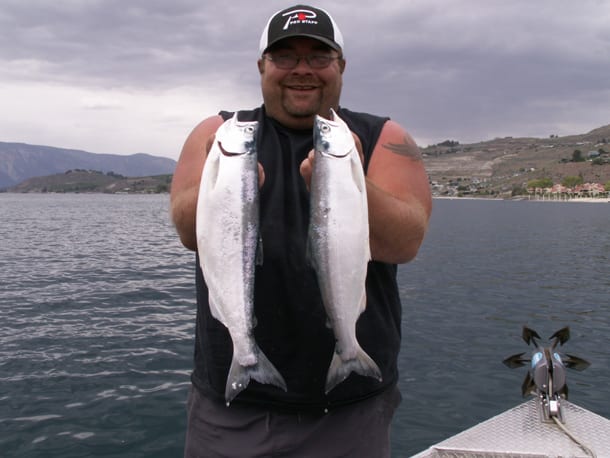 A limit of 10 kokanee has come often this year, even with many more hooked and lost each trip. It’s amazing the number of big kokanee available and is normally nonstop action. Keep in mind; you’ll also catch the occasional landlocked Chinook, rainbows and monster lake trout, which is an epic fight on lite kokanee gear. 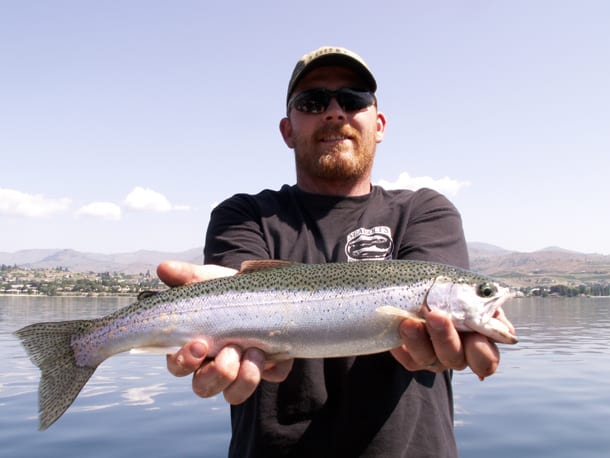 In spring kokanee are packed in the lower basin near the town of Chelan. There’s no reason to motor past the Lake Chelan Yacht Club. If you’re wondering where the best bite is taking place, follow the boats! Kokanee are a schooling fish, and it just so happens when these schools are found kokanee fisherman clutter up too.

You can always venture out and find your own school. Meanwhile, early in the morning these fish swim between 30-60 feet. As the sun rises rays hit the ultra clear water the fish may dive down to 125 feet. I’m not saying you still wont find them in the top levels, but a good rule of thumb is these fish drop 10 feet for every half hour after legal fishing time to a max depth of 120. Our larger kokanee are almost always caught deeper than the main schools. 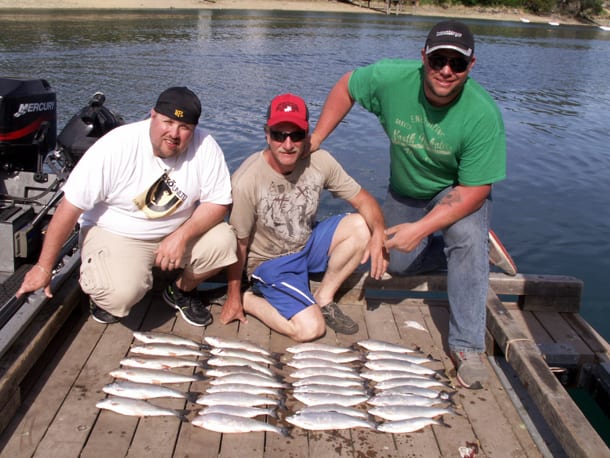 Gear selection is important. I recommend a super light action kokanee rod with a good bait cast reel filled with 15-pound monofilament. When it comes to dodgers or flashers, there are hundreds of choices, but I like models that can be trolled at greater speeds without rolling over, particularly Shasta Tackle four or six inch Sling Blades. Then tie on a hoochie, spinner, or if you want to really get into fish a hoochie/spinner combo in pink or orange with double #4 hooks. Tie this on with a 15-pound mono leader that is two and a half times the length of your dodger (don’t worry, kokanee are not line shy).

We all know kokanee love corn. Whether it is because they associate it with something natural to them or they just like corn, there’s nothing that out performs it. I use Pautzke’s FireCorn, either pink, natural or orange. Put one piece of FireCorn on both hooks and make sure they are pointed outward. Don’t thread them on the hook. This will reduce strikes. Also, the night before fishing squirt Liquid Krill into the FireCorn jar. Kokanee go crazy for krill. I also squirt it on my dodgers, hoochies and spinner rigs before I put them in the water and after every fish. Scent is a vital part of any successful kokanee trip. 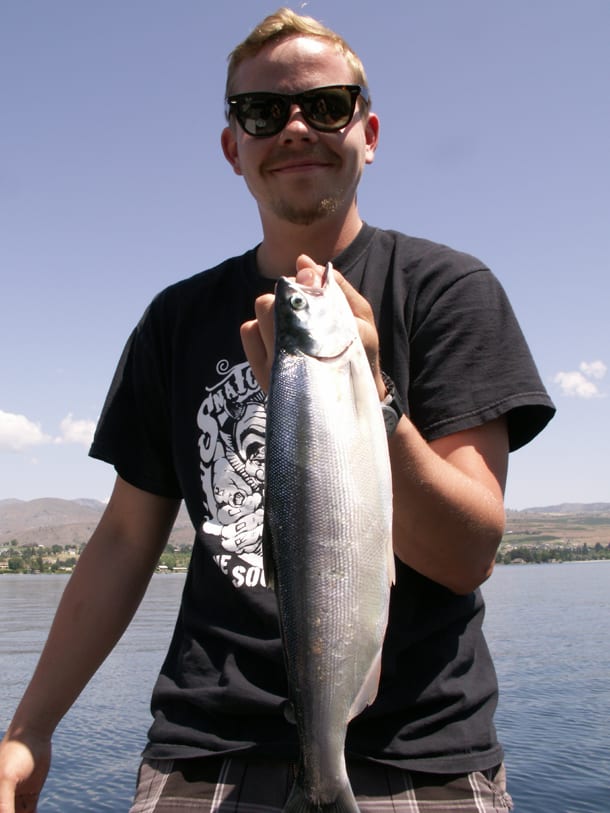 Trolling speed is also important. I have caught kokanee out of Chelan anywhere from 1.0-2.0 mph. The key is to vary your speeds. (Making turns help with this.) Kokanee bite out of instinct, so I believe that just because some trigger to bite at one speed doesn’t mean they all will. Work the depths and adjust speed for the best chance at picking up fish.