The colder than normal weather has helped anglers at Donner Lake this spring. While it hasn’t changed how we fish for our kokanee, it has kept water-skiers and other boaters off the lake, which has made trolling much easier. We haven’t had other boats to contend with.

Traditionally, by Memorial Weekend there are a lot of water-skiers on Donner Lake. However, when I fished it on Memorial Day, the pressure from boaters was very light, much less than we are used. The water temperature is still cold. People aren’t ready to get in the water when it’s in the mid to upper 50s. This gives anglers an opportunity to catch fish without competing with boaters. 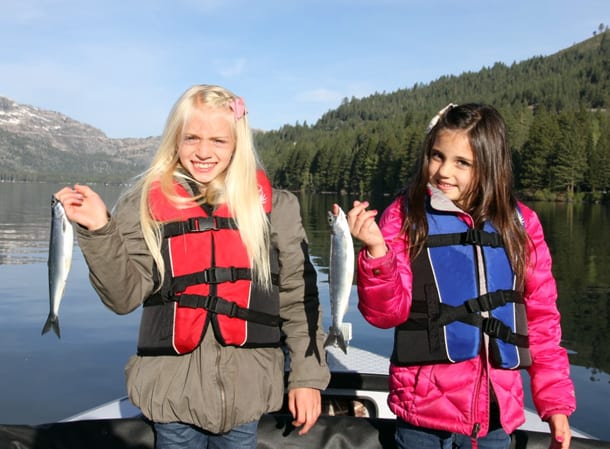 Donner’s fishery, on the other hand, is a mirror image of last year. Donner is full, and it’s one of the only lakes in the region that is. You won’t have a problem launching this summer like you will in other Tahoe area lakes. The fish we are catching aren’t large, but are plentiful. It’s a great place to take kids, as action is usually consistent.

I’m still wondering what’s happened to Donner’s kokanee. About four years ago in May we were catching 17-18 inch fish, but since then we’ve been getting small ones. And these kokanee are different from those at the other lakes. They are shinier, literally bright dime silver. 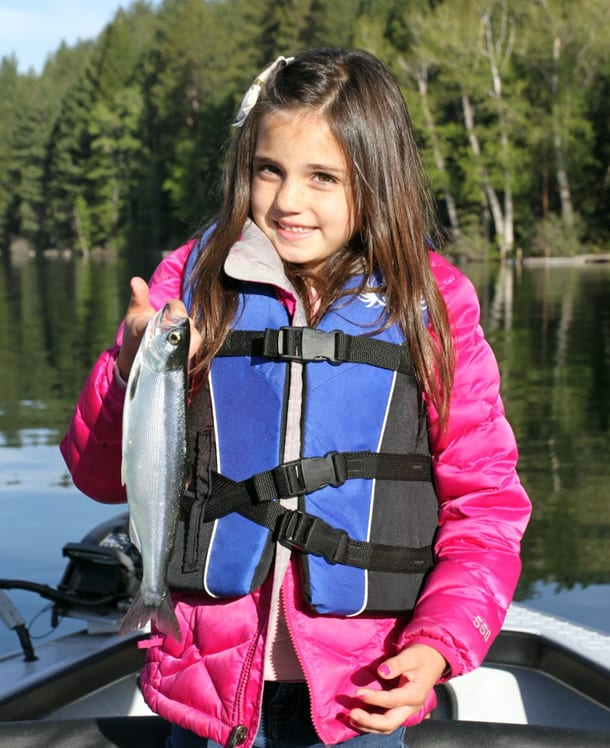 Fortunately, fish counts have been high. I had two clients the other day and we took our two limits (so 10 fish) and lost at least another 30. I don’t know why we are losing so many, but the bites are coming often. The majority of the fish are running around 12 inches, but I’ve caught some that were so small I don’t know how they caught the hook in their mouth. They fell through the net. There are all different sizes in Donner this spring. In fact, I believe there’s larger kokanee too. I just haven’t found them yet. 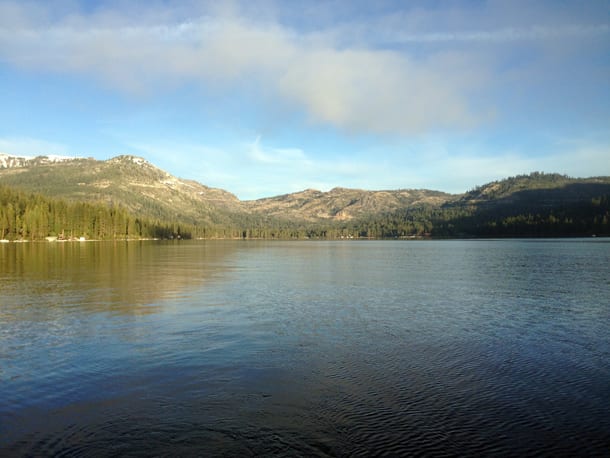 Finding the kokanee hasn’t been too difficult. The top producing spots are in front of Loch Leven Lodge and China Cove. With the temperatures still cool I’m catching kokes from 25-45 feet down. In June I wouldn’t expect that too change much. They won’t go much deeper until warmer summer temperatures arrive. 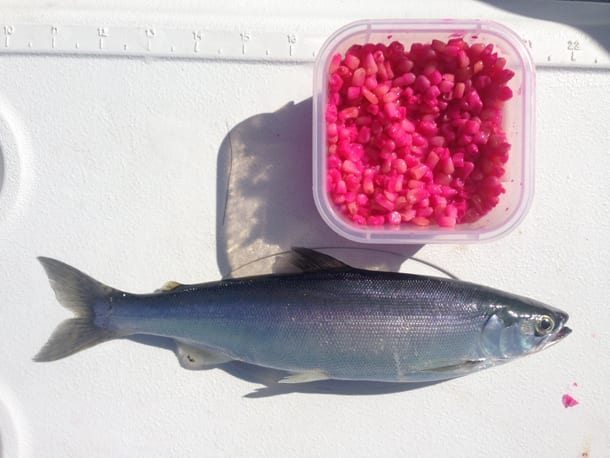 When you are fishing for kokanee at Donner always be prepared to catch rainbows. The lake is loaded with small bows, which chase our gear often. The majority of the mackinaw I catch out of Donner I catch on kokanee gear as well, which can be a blast on light kokanee rods. 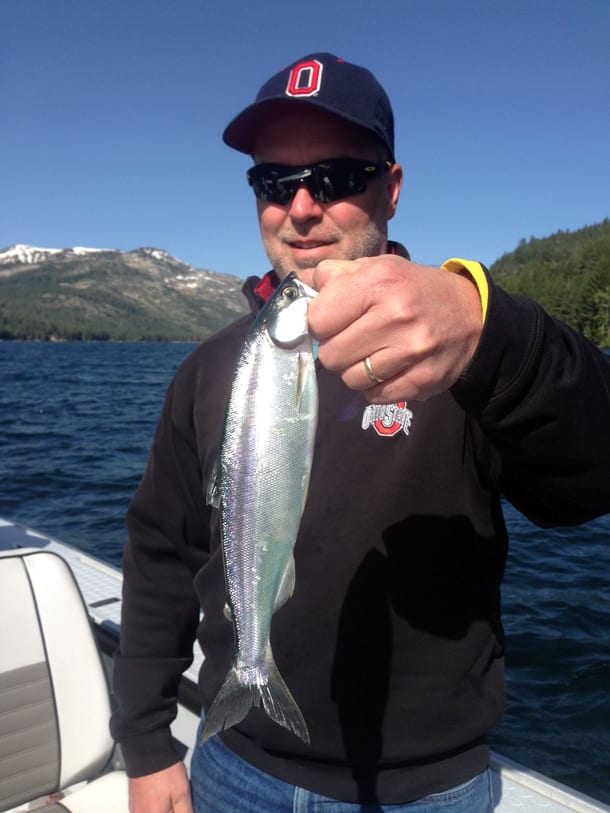