After spending a few hours on the lake last week with Danny Selman of Eagle Nest Marina Guide Service it became apparent that this high mountain lake resting at nearly 8,200 feet could possibly rival the average size and quality of kokanee anywhere in the country. Keep in mind, growing season starts late here and 19-inch, 2-pound plus kokanee are already common. They are going to be huge this summer. 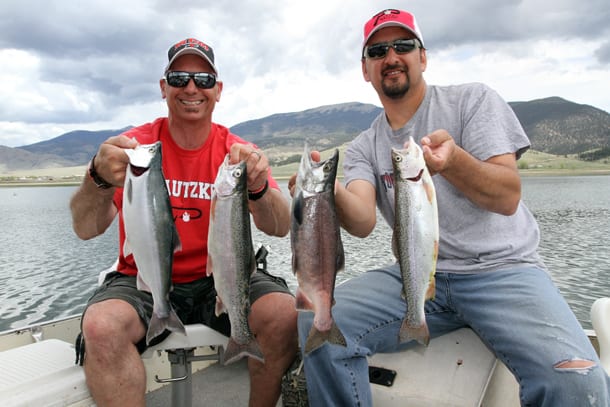 For a veteran kokanee angler, on the other hand, Eagle Nest Lake’s fishery is going to be foreign. Locals fish for kokanee differently in this sparsely populated valley surrounded by towering peaks, frequented by black bears and elk, swarming with pelicans and littered with prairie dogs. Moreno Valley’s wildlife is thriving above and below the surface, and even though the simple fishing techniques employed aren’t mainstay in the kokanee world, they are here. And, they catch fish. 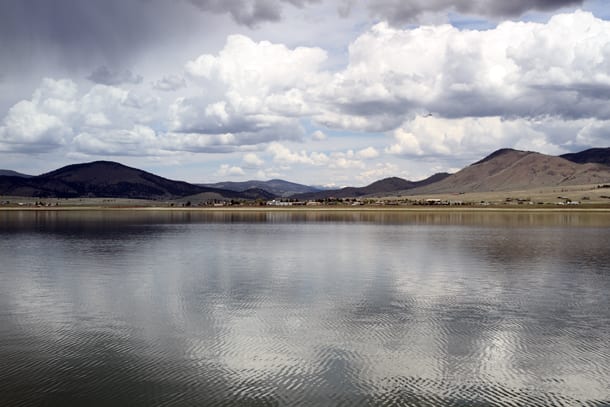 For anglers in the kokanee crazy Pacific Northwest and Northern California, it might be offensive to learn that snagging season takes center stage here in the fall. Many anglers don’t bother targeting these kokes till then when snagging hooks become the most popular lure in the region. The snaggers are in search of kokanee slated for the smoker. And yes, this is legal.

The only other place they do this out West (that I know of) is Lake Tahoe, but on Mike Nielsen’s (of Tahoe Topliners) boat jigs are used in September when kokanee school. Not snagging hooks. And, if they aren’t hooked in the mouth they must be released. Not the case during snagging season here. (Snagging season is also common in Colorado.) 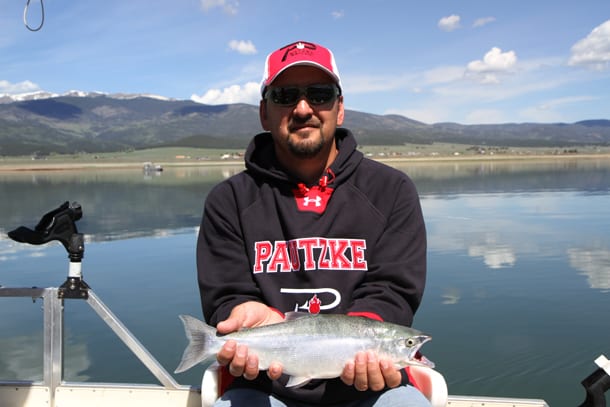 Meanwhile, this may be the most cost effective kokanee fishery in the country. After watching what Selman does in (our recent outing to film Pautzke Outdoors) a weekend warrior, who’s never fished for kokanee, can drive up here (roughly three hours from Albuquerque and Amarillo), rent a boat and topline with any rod to catch fish. Selman uses a roomy pontoon boat, no downriggers and realistically (compared to traditional fisheries) no kokanee gear. There are no flashers, dodgers, sidekicks, kokanee bugs, etc, on this boat. And, he didn’t have a single lightweight kokanee rod in sight. We used trout rods. Cheap $20 combos, Selman said. And, they caught fish.

Ironically, it was the first time I’ve enjoyed kokanee fishing since jigging on Nielsen’s boat in 1999. Why? We didn’t feel the tackle with every turn of the reel. The dodgers and flashers weren’t the only fight we had. We drug a small Arnie’s spoon and tipped it with pink, yellow, red and natural FireCorn. That’s it. Simple, effective and it worked. I’m sure you could drag any lure behind the boat and they would hit it as long as the scented corn was there. 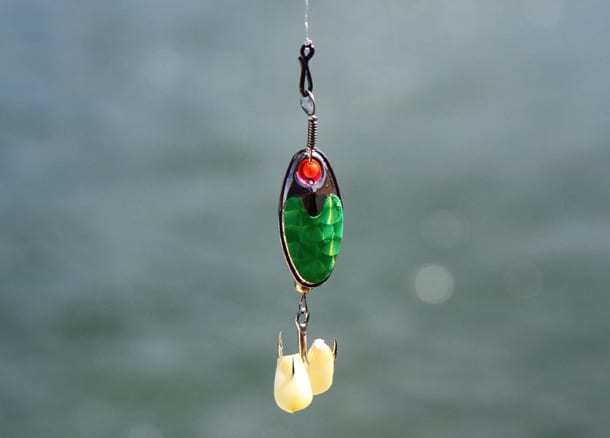 Even more mind boggling was not using leadcore or downriggers. We toplined. The fishery isn’t technical. Grab the rod, let line out, place it in the rod holder and drive down the middle of the lake. That’s it. In fact, we didn’t even use a fish finder to locate kokes. It’s an inexpensive way to catch a species that many spend thousands on in tackle to gear up for. Simplicity rules here, however. There might not be another kokanee lake in the country where you can troll in a straight line, on the surface and catch two-pound kokanee. Eagle Nest is a rare gem. You’ll catch huge kokanee and fat rainbows. They can often be found feeding in the same areas. 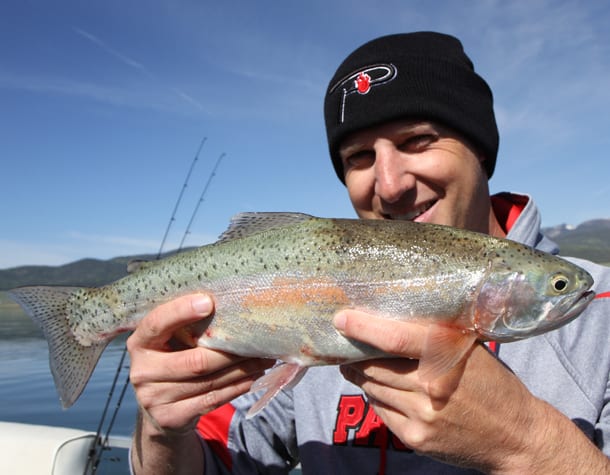 Eagle Nest is famous for it’s unwanted pike and big rainbows. And, you’ll catch plenty of the bows trolling for kokanee. While not every kokanee we caught was 19-inches, many were and their girth was astounding. There’s no doubt Eagle Nest rivals any fishery in the West right now. And remember, these fish just started their growing season. Three-pound fish won’t shock anyone in Eagle Nest. And, they’ll continue to grow even in low water. 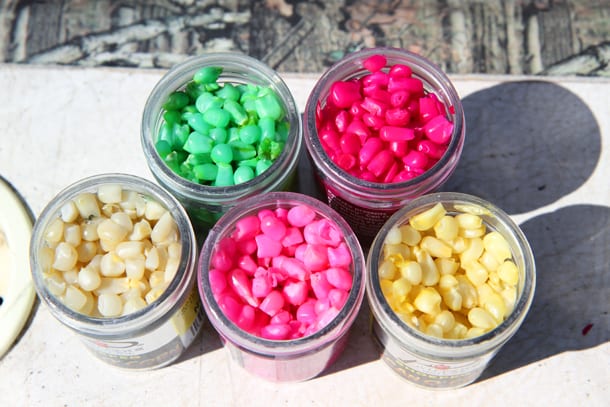 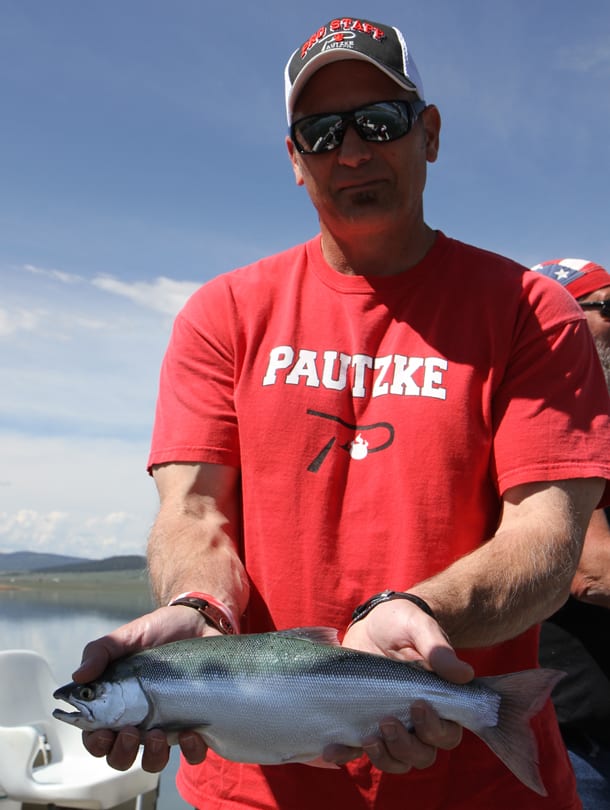