We shipped roughly 33,000 bottles of Fire Brine to the Northwest last year. Fire Brine is a mainstay in every account in the region, but it hasn’t been in Montana. I had no idea that was set to change until we received a random email from Central Montana wheat farmer Kim Anthony. Attached to it was a photo of a massive pike and another of roughly 30 pounds of smelt that was brined in Fire Brine.

Fire Brine was helping her catch record numbers of pike, she wrote us. Keep in mind, she wasn’t a pro staffer and had bought the Fire Brine on her own. In fact, as scarce as the product was available in Montana she clearly believed in it to have purchased as much as she did.

I was intrigued and asked if she’d be willing to fish with us for a day if I flew in. For those who know me, flying isn’t an issue. I log more than 150,000 miles a year wandering the US/Canada for Pautzke, but Montana hasn’t been on the list in the dozen years I’ve been here. We picked a date a few weeks ago, flew into Great Falls, Montana, and drove 100 miles north to meet Anthony. It took seconds to realize she hoards Fire Brine smelt. 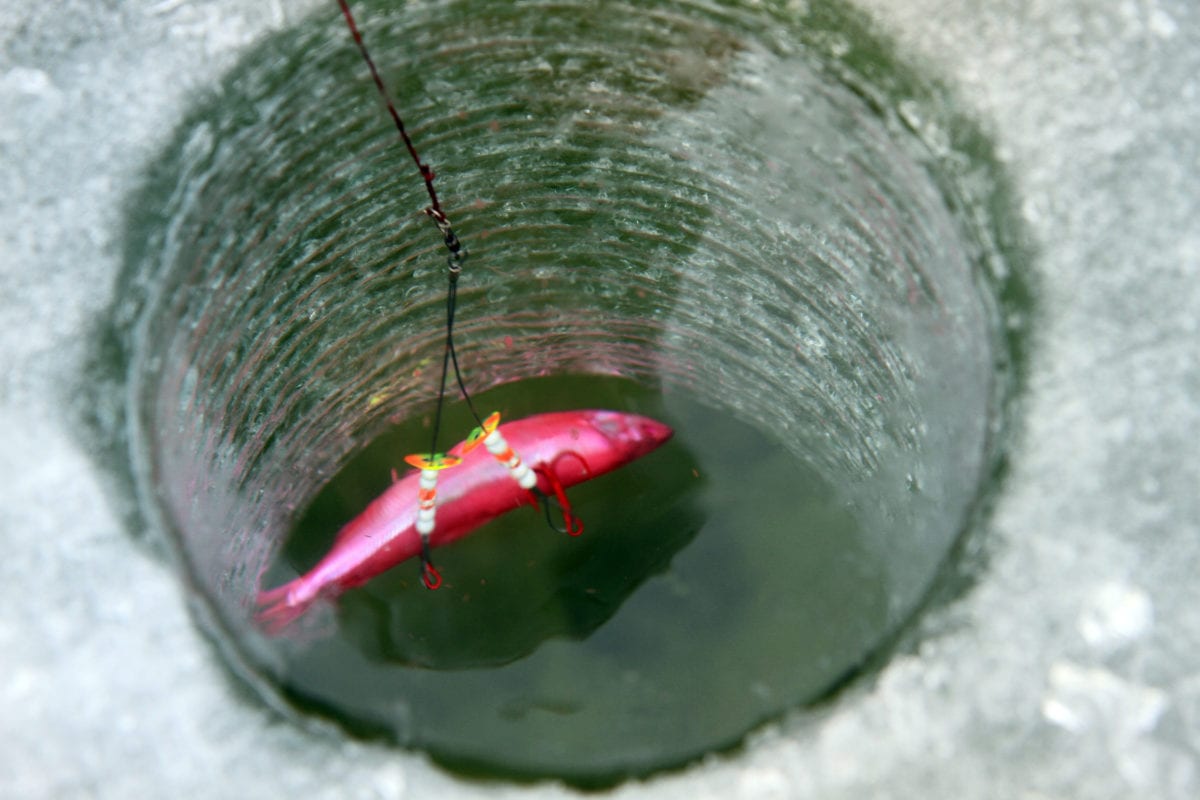 As with most places in the northern portion of the US ice conditions weren’t great when we arrived. It was safe for our feet and maybe a four-wheeler or two, but vehicles weren’t advised. Conditions were meager, too. The water was still too cold to find any large pike in the shallows and the ice wasn’t thick enough to venture into deep water to target them. 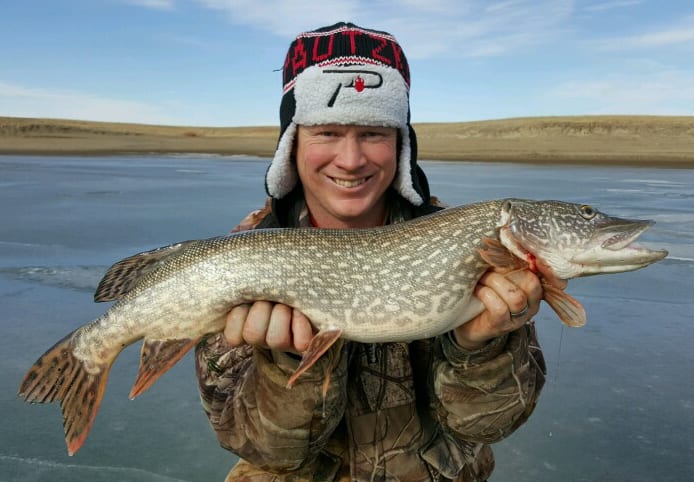 Meanwhile, we were in town to test the baits and weren’t concerned with catching monsters. Anthony made our life easy and met us at the lake with more smelt than I thought we could use in a week. It was already brined and ready to fish. She had bags and bags of Orange, Pink, Red, Blue, Purple, Green and Chartreuse Fire Brine smelt. Surprisingly, we nearly ran out of bait after day two. 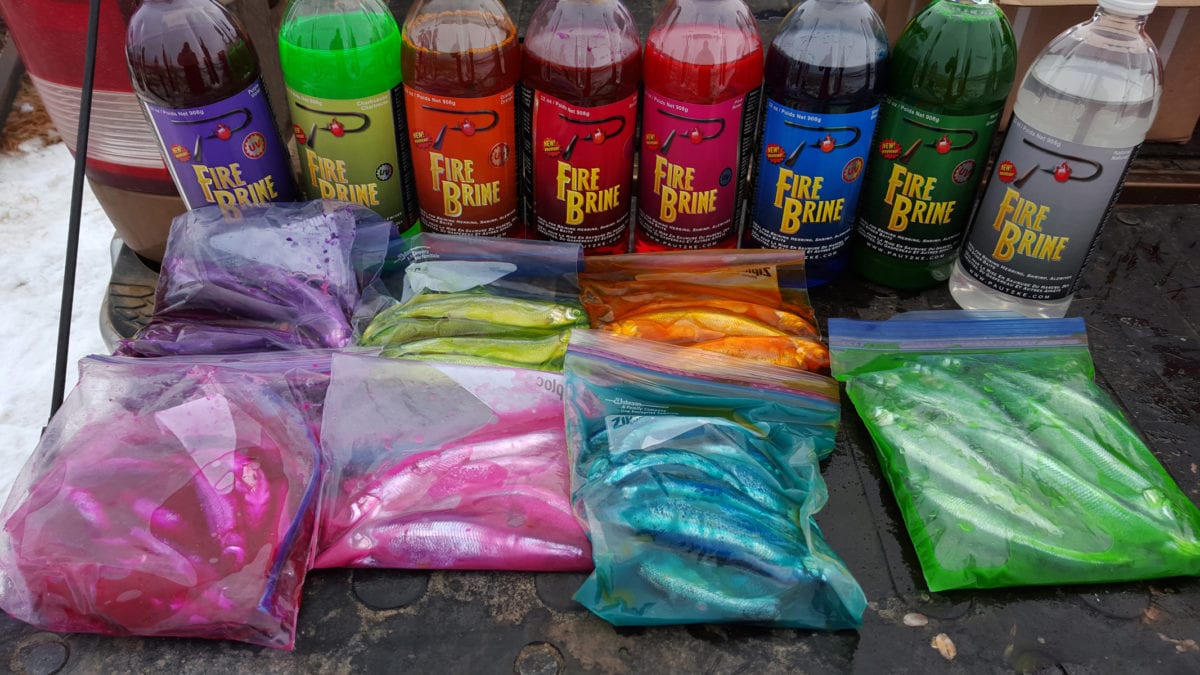 Action came frequently even in poor conditions. Ironically, it wasn’t only the pike that wanted the Fire Brine smelt. We caught plenty of pike, but rainbow trout and perch took some too. We spent two days ice fishing not too far south from the Canadian border and in Wheat Country dropping Fire Brine smelt down beneath the ice and quickly realized how popular this technique had become with locals and more important how effective it was. 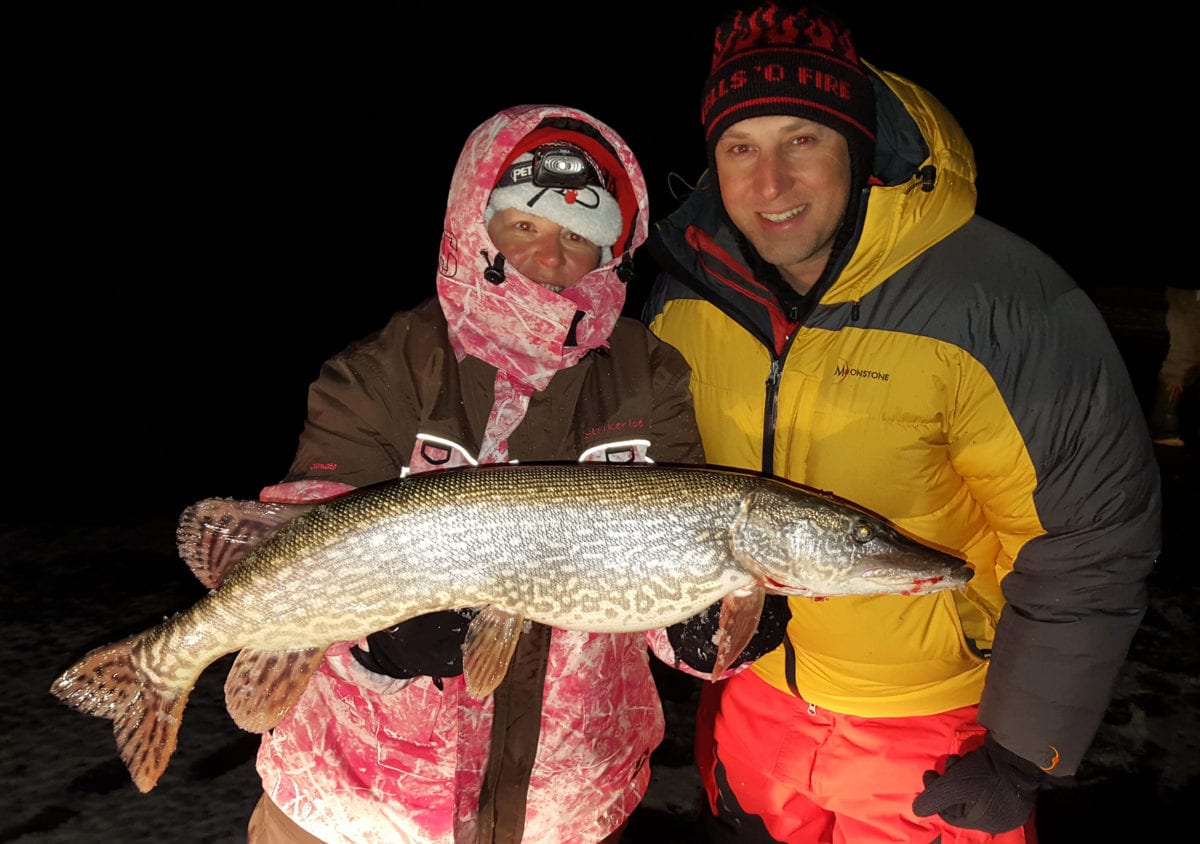 While we didn’t catch any huge pike (we didn’t expect to in mid-January as the larger fish are caught in late February and March) it seemed whenever a fish was around they grabbed the colorful smelt. We also used live Chartreuse Fire Dye pink and chartreuse shiners and suckers for the pike and did well. Fire Dye quickly became a mainstay as Anthony had rigged live Fire Dye minnows in pink and chartreuse for trout and perch, too. 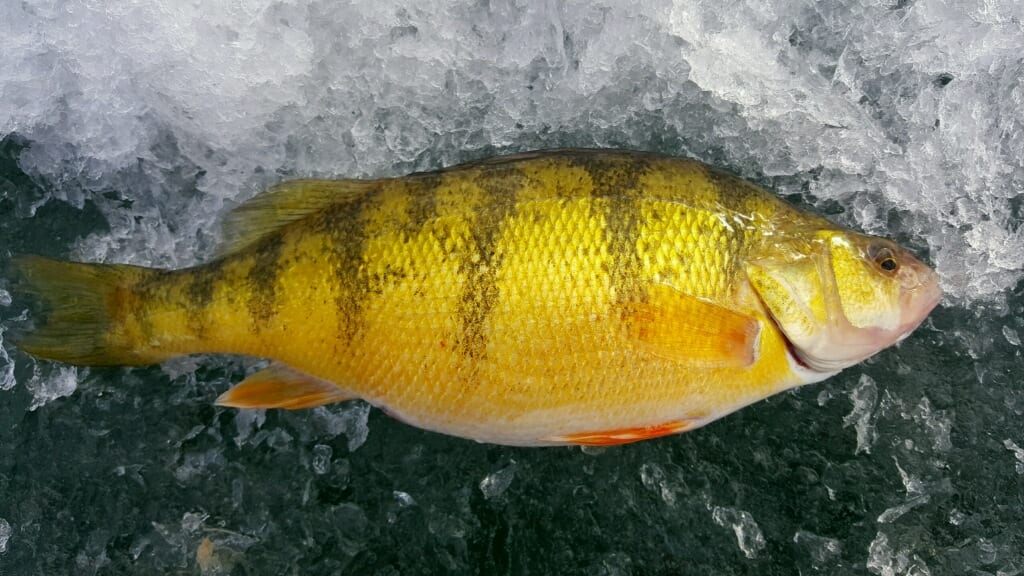 What was most impressive was how quickly the walleye grabbed the Fire Dye minnows. We cut the blue dyed minnows in half and fished them on jigs. While we didn’t catch any large walleye, the eater size fish hammered it. In two short days we caught rainbows, perch, walleye and lots of pike on Fire Brine smelt and Fire Dye minnows and quickly energized a fad that’s already spreading across the Upper Midwest and into Alberta and Manitoba. 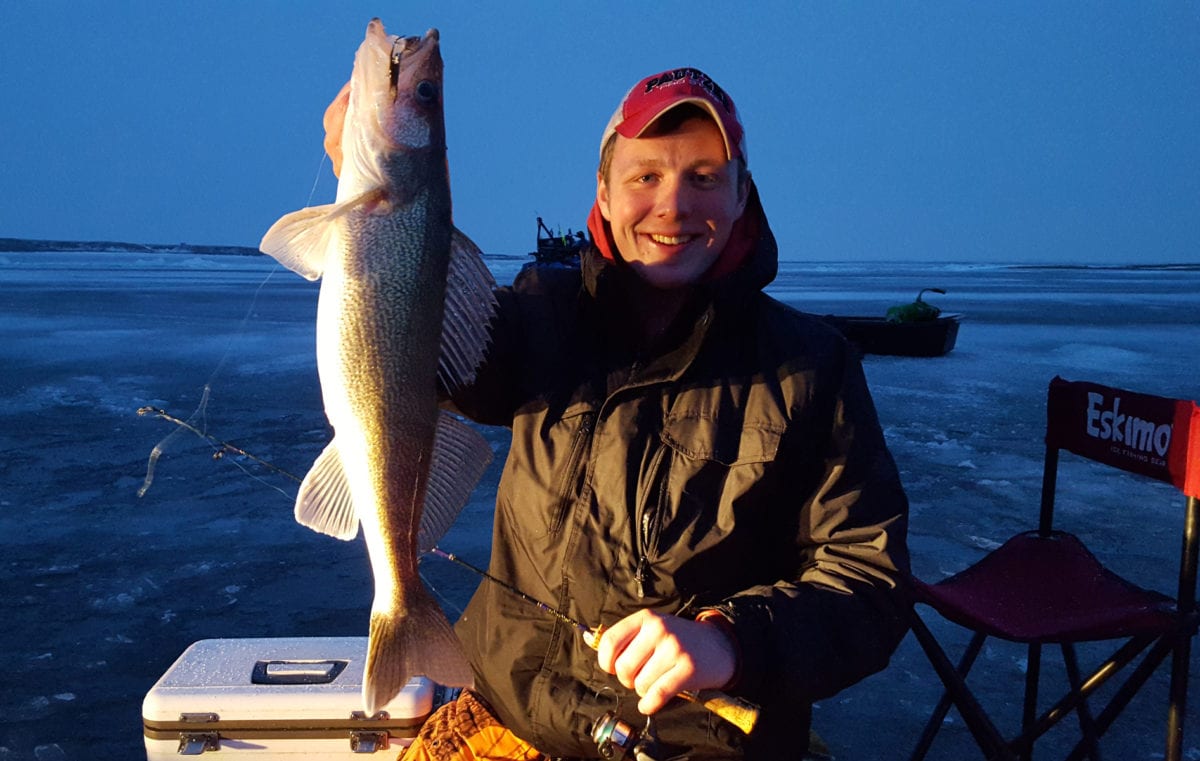