We’ve had more steelhead come through the Smith River than you could shake a stick at this year. In fact, we’ve had one of the largest runs I’ve seen in decades. But, this is fairly common on high water years like we are having this year. A lot of times in dry years all the fish don’t return. However, when there’s a lot of water you have an abundant return because you have sufficient water to draw in and bring those fish forward. Consider that we haven’t had this kind of water in five years and it should make sense why our run is so good.

With the high water the plunkers have outfished us drift boats like they always do. Plunkers are hooking 100-plus a fish a day and the boats are getting none, one, then three and four. The plunkers are hooking fish non-stop. They are lighting them up, but as the river drops the boaters will gain more traction. 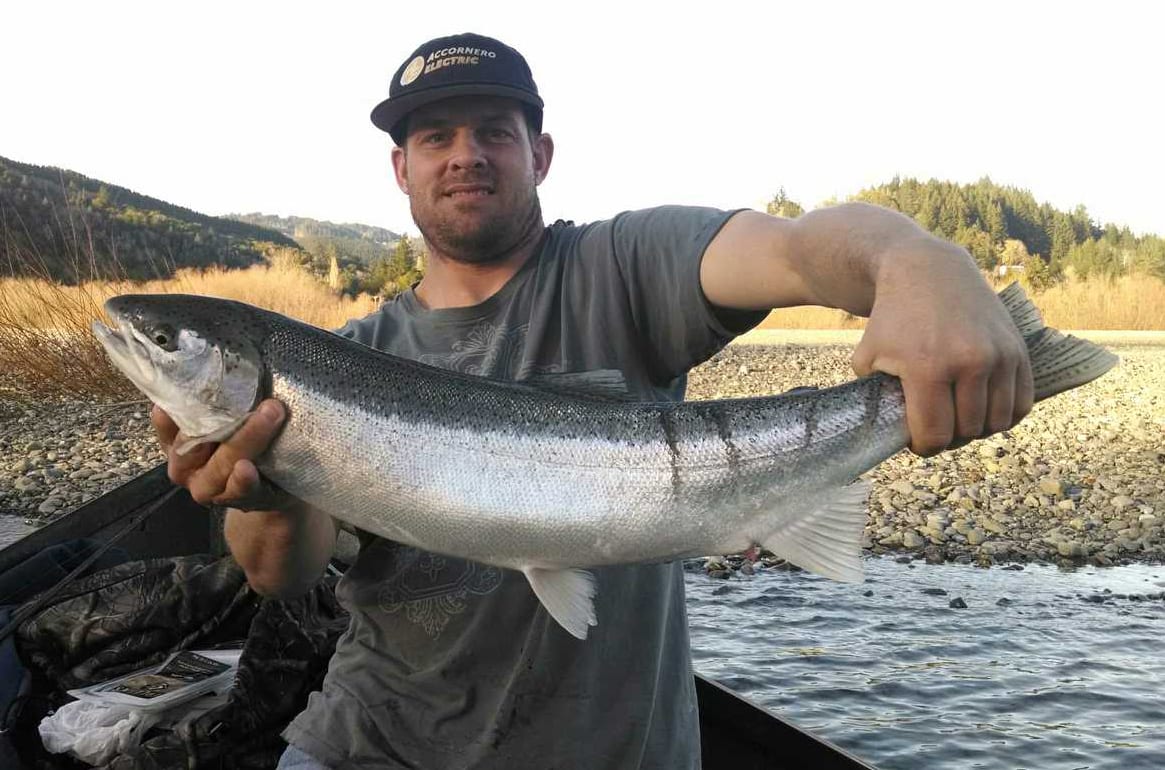 We’ve had so much big water the fish aren’t in a holding mode. They are in a traveling mode, which is helping the plunkers out and making it more challenging for boaters. The guys on the bank that know what they are doing are having 20 fish days. That’s insane for this river.

It’s been a huge river this winter steelhead season. The Smith River looks like the Mississippi this year and because of it we aren’t fishing for the same fish two days in row. There are new fish every day. I can’t remember the last time we had this much water. Maybe it was 1997? It’s been a while. I’m tired of all this rain. I actually resorted to plunking from the boat this year and I haven’t done that in 15 years, but plunking is the way to catch fish right now with all this high water. 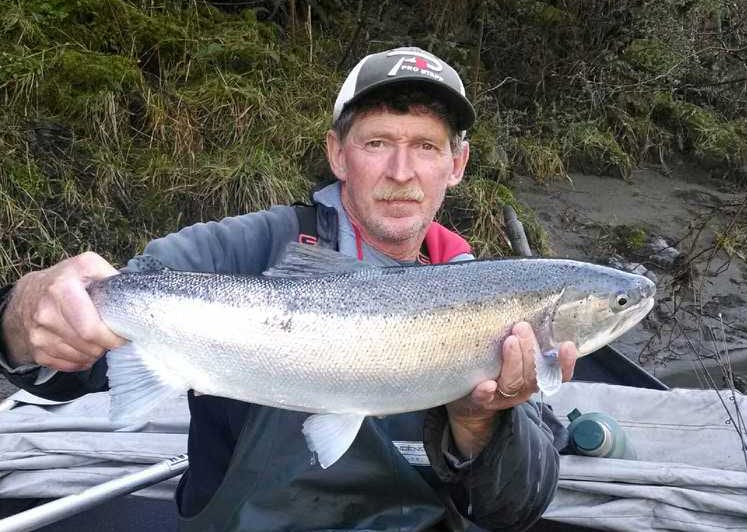 In December we had 21 days where the river was unfishable. In that case the fish won this year. Consider how many fish swam by us without getting caught this year. This is beneficial to the future of our fishery. We’ve had such a great return and almost 100 percent escapement that this fishery is going to be awesome in a few years as long as they do well in the ocean, of course.

On the other hand, the seals are insane this year. The seals are bad because there’s so much water and there’s so many fish coming through that the seals are following them in daily and trying to ambush them. There are seals everywhere, and I mean everywhere. When the water is lower there’s not enough water to permit them heading up river. This year is their year and they’ve become a major problem. They are chasing the fish continuously. The fish we are catching are in the shallow water where they are hiding from seals. If steelhead are in deep, open water they are sitting ducks to the seals. These fish are up in the willows right now, right on the bank where the seals can’t get them. 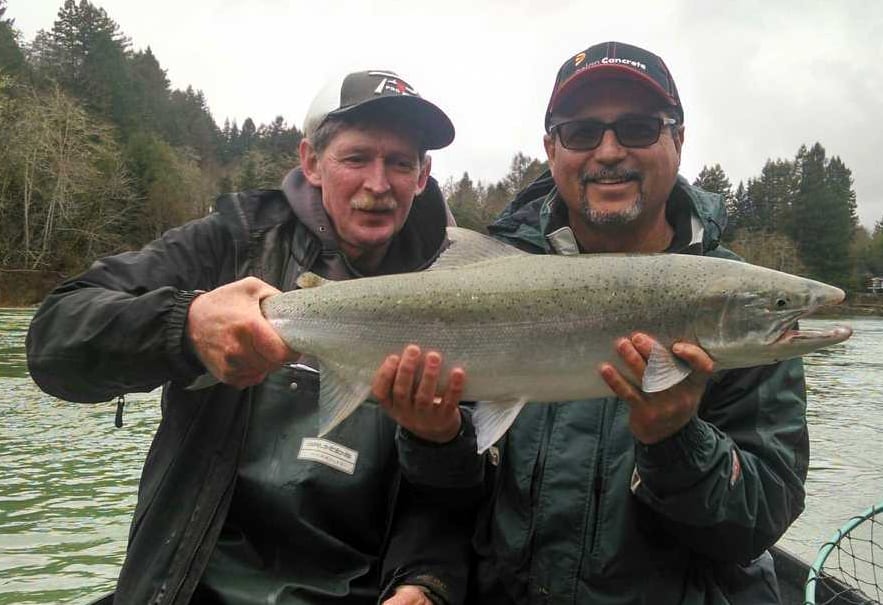 Truthfully, many of the guys that are catching fish are using yarn soaked in Pautzke Nectar, but I’m using the Natural BorX O Fire cured eggs and a Puff Ball. I’ve used it for more than 10 years and it’s always worked. And, how that the river continues to drop in shape it will be the choice bait. 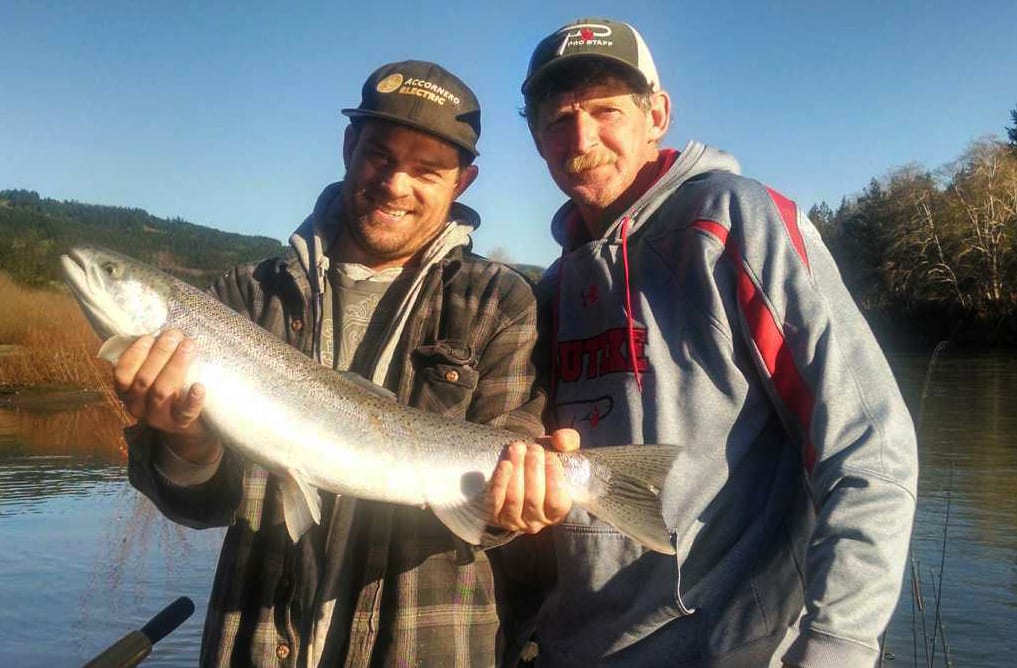 Editor’s Note: Mick Thomas has been guiding the Smith River for more than three decades. For more info on his guided Smith River steelhead trips please visit http://lunkerfishtrips.com or call 707-954-0352.