Skip to content
Cowlitz River Steelhead Off To Great Start

We’ve had record high water since November on the Cowlitz River. And, it’s been high and muddy. On the other hand, now that the river is dropping into shape it’s slowing the fish down and they are starting to congregate where they normally do. Most important, there’s a ton of steelhead in the river. Fishing has been great the past few weeks and it’s just getting started.

If February is any indication, March and April is going to be incredible. I think the ocean survival for the steelhead has been very good. The fact that there’s this many fish in the system now, and it’s super early still, is a good sign that it’s going to be good season. Usually, when there’s a big run they are early and they are often. Normally, the run is just getting going right now, but we’ve been getting them for a couple of weeks and that’s with muddy water. 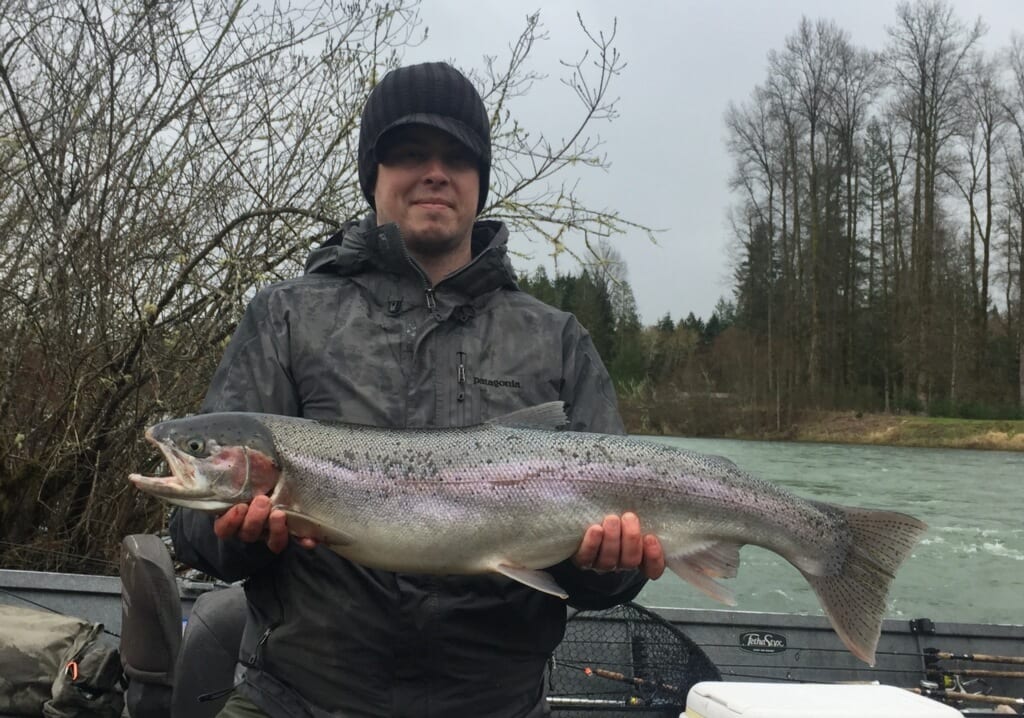 From our record highs the water has dropped, stabilized and is starting to clear very nicely. Unless we get some huge storms, which isn’t normally the case in March, I anticipate the river to continue to stabilize and the water will continue to clear. The fish will continue to build into April.

There’s some very nice three-salt fish already coming through. I’m seeing a few fish caught on other boats that are already pushing the upper teens. This year I’ve seen more fish that size than we are used it. The quality seems to be up this year, at least so far. 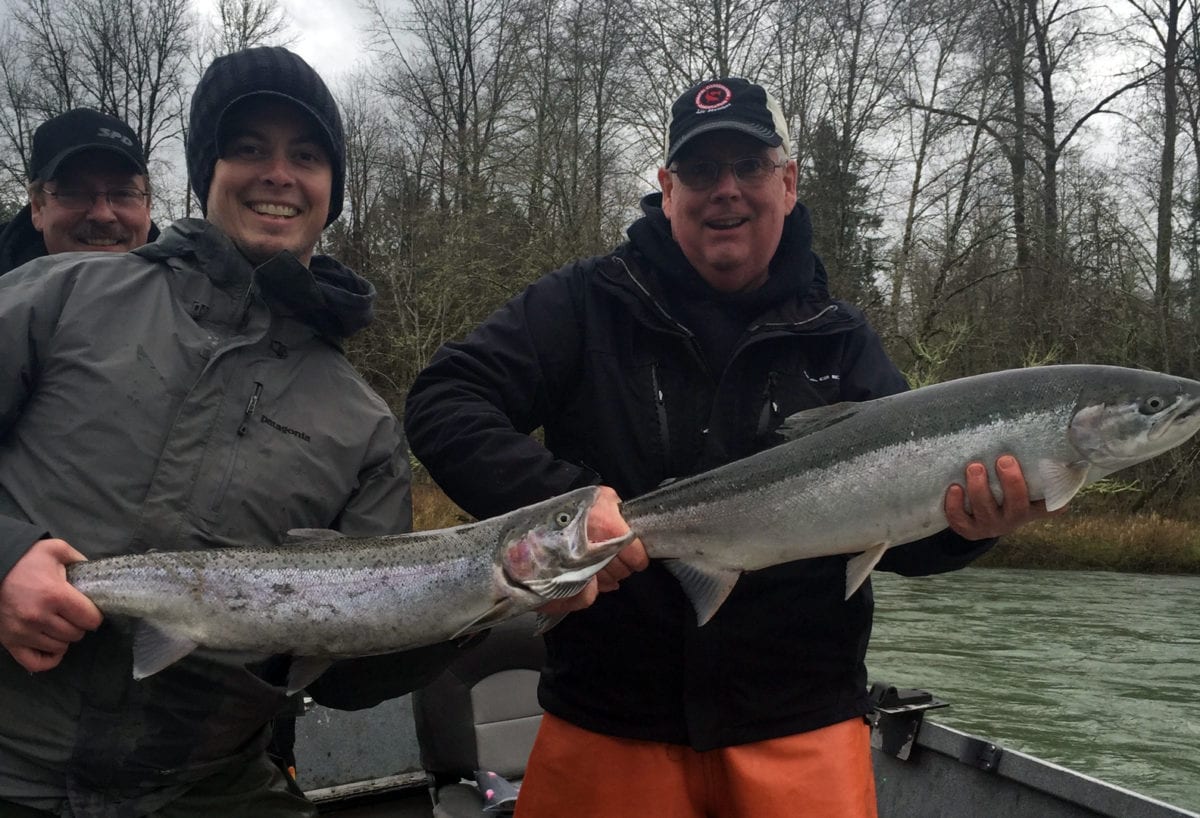 While techniques haven’t changed from last year I’ve been running larger bait to compensate for the dirty water. I’ve also been using shorter leaders to keep the bait closer to the bottom in the heavier current we are dealing with. When it’s low and clear we go smaller, but in situations like this we go larger.

Steelhead are generally concentrated between Blue Creek and Mission, but if the water continues to drop it opens up the entire river, basically all the way down to the Columbia River. If you want to get away from people (which pile up near the hatchery) you’ll have ample opportunity to catch fish several miles downstream now that we are coming into shape. 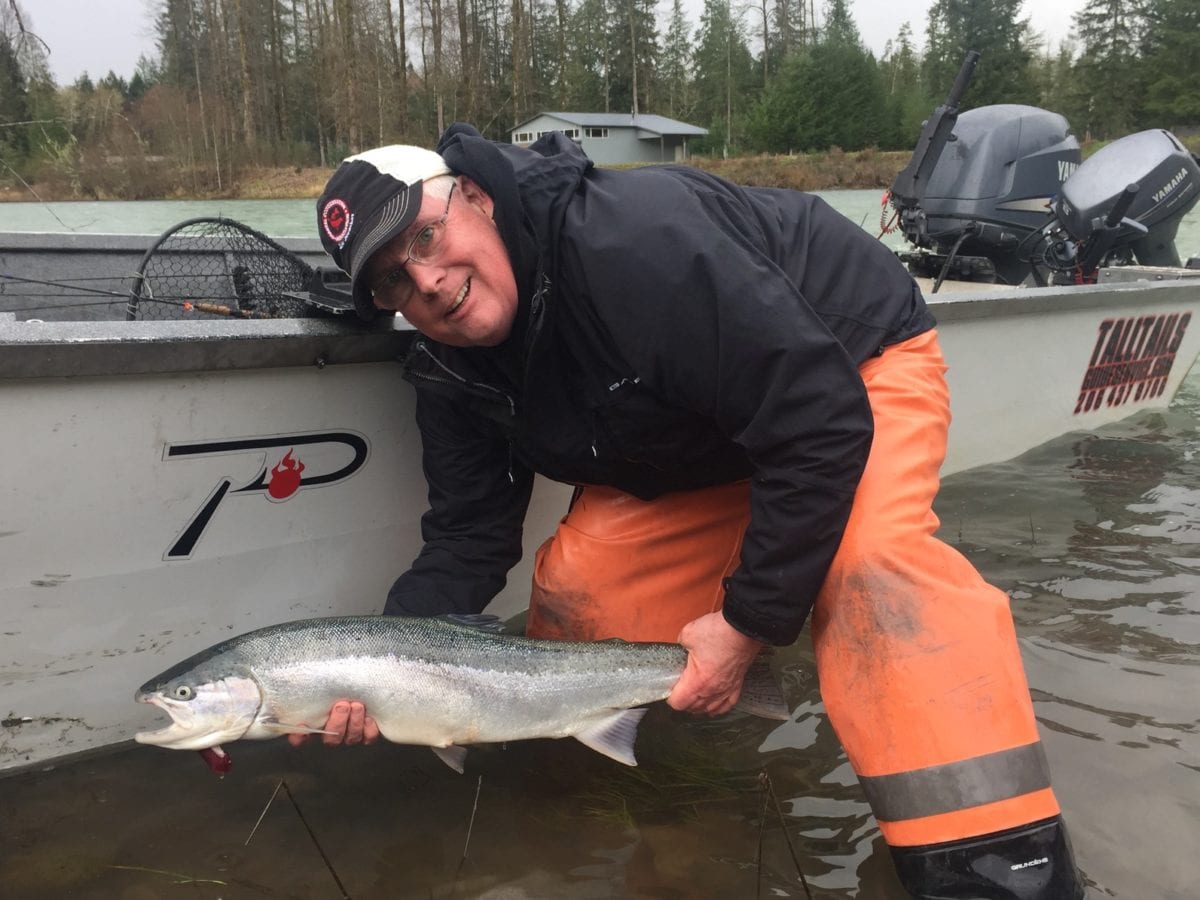 We’ve been using a combo of bright colored yarns balls and a good size glob of eggs. I’ve been using the Pink BorX O Fire with a little bit of sugar and some Fire Power in it. When running yarn I’m mixing Atlas Shrimp scent with Fire Power, anise and Pautzke Red Nectar and dipping the yarn balls in every few casts.

This time of year you are going to be looking for the softest water you can find. Hitting the seams and along the gravel bars is where these fish are going to be. They are traveling through and holding in the above-motioned water.