After a fun filled fall and early winter targeting salmon and steelhead in Southern Ontario I always look forward to putting the long rods down as ice fishing season approaches. It’s a change in pace and more relaxed. Unfortunately for ice anglers it’s an El Nino year and the warmer air has yielded poor conditions. Ice province-wide has been sketchy, at best. The inconsistent weather patterns have not only made ice conditions unpredictable, at times, but also played a big role in locating active fish.

Lake trout are common and fun to catch on the short poles, especially when they make screaming runs. To catch lake trout, there are many ways you can present your bait whether it is by jigging various lures (spoons, lipless crank baits, plastics) or running live or dead bait. 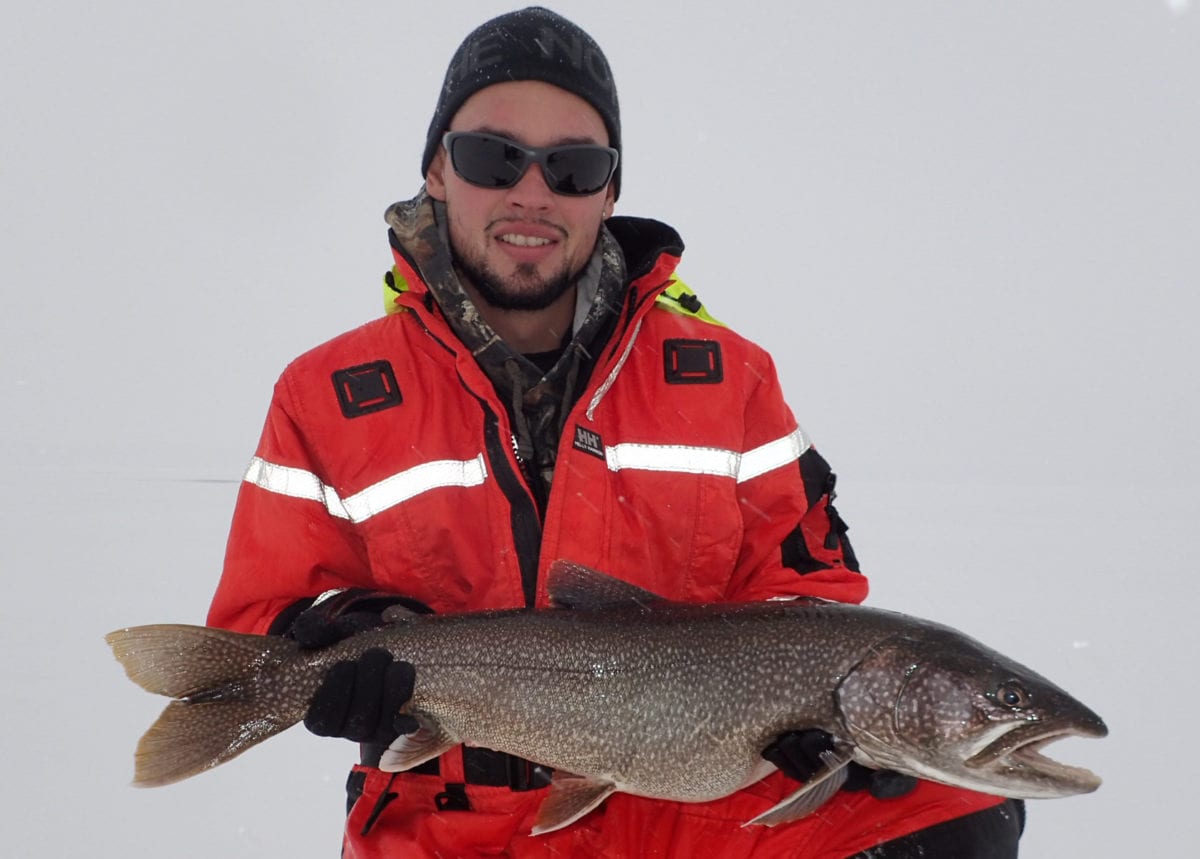 I strongly recommend using electronics since you are generally fishing deep water. A good sonar helps mark suspended fish in the water column. Most lake trout do come off the bottom to feed. However, there are days where they are suspended over 30 off bottom on the prowl for bait. Lake trout can be found anywhere from 40-130 feet of water depending on the lake. Most of my success on Lake Simcoe, for example, is from 80-130 feet of water, and 40-70 feet of water on the lakes north of Simcoe.

Small jig heads tipped with Blue and Chartreuse Fire Brine shiners has produce fish for me this winter. If the lake trout are finicky and not willing to take bigger offerings, downsizing bait is best. When fishing deeper water, braided main line is crucial for feeling the bites and also for minimal stretch when setting hooks in deep water. Not only are the Fire Brined shiners productive for lake trout, they work just as well for steelhead, pan fish, pike, walleye, whitefish and other species of trout. 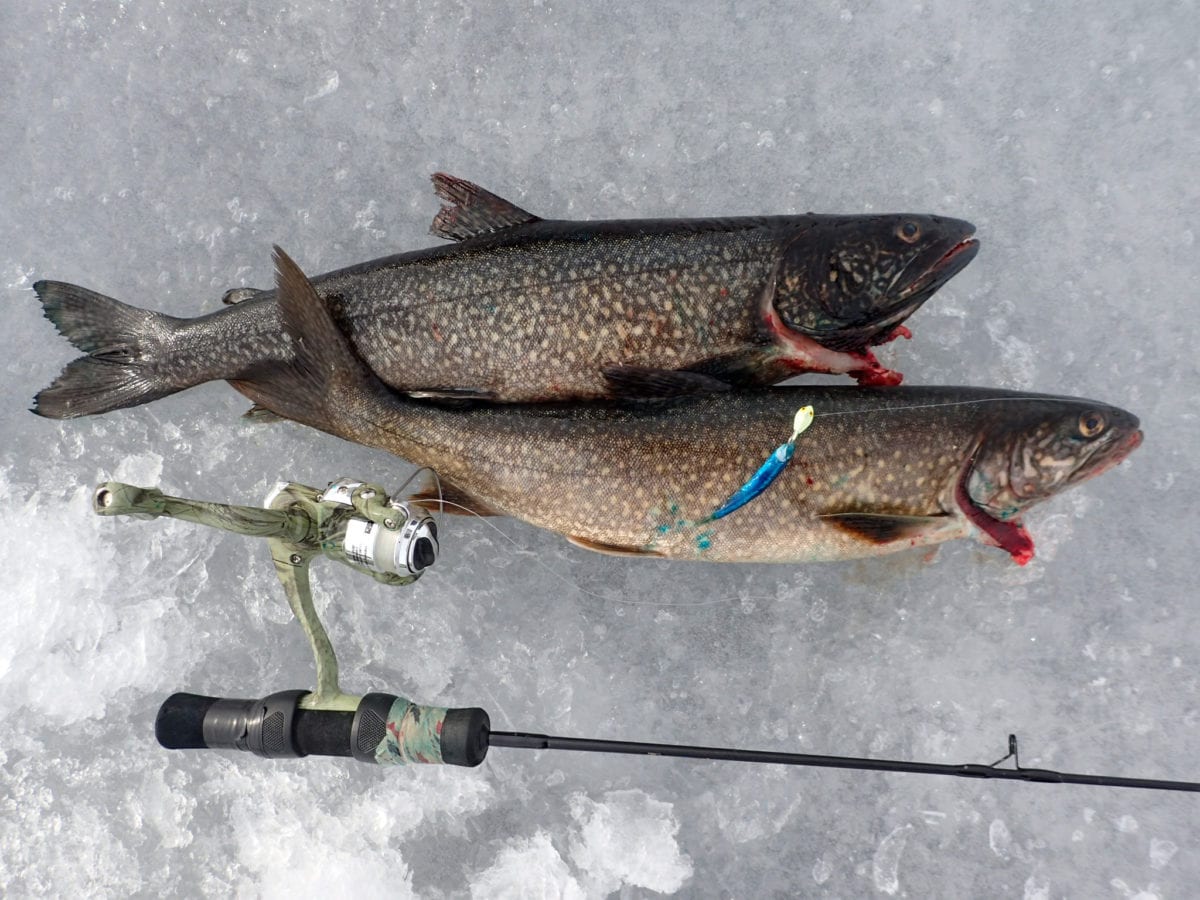 Even though it has been a late start to the ice fishing season I’ll still be on the ice until the steelhead action heats up across Southwestern Ontario. Meanwhile, remember to play it safe while out on the ice. If you’re concerned about the ice conditions check in with local hut operators. Be cautious around all pressure cracks and always try to fish with a friend. There have been numerous people who have fallen through the ice this season. 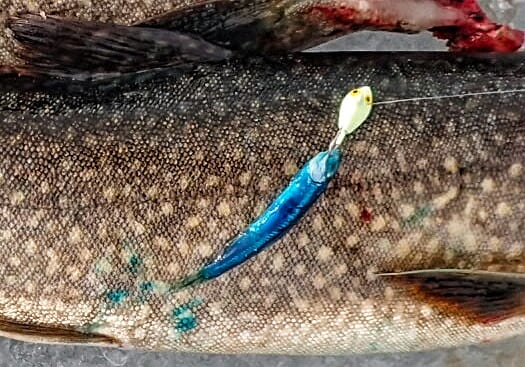 Editor’s Note: Bojan “Bojangles” Zivkovic  resides in the GTA and lives to fish. He can be found fishing daily in the GTA.