Even though our Pennsylvania steelhead season is about a month behind we in the midst of the run right now. The last two weeks it has rained almost day and put a lot of water in the system. Steelhead are in every tributary and scattered from the lower end to the midway point of the streams. I wouldn’t say they are high up in the systems yet, but that’s coming.

I believe the run is late because it took Lake Erie longer than normal to drop down to 50 degrees. In the 25 years that I’ve steelhead fished Erie this was one of the weirdest fall seasons I’ve fished. The steelhead started coming in later than we are used to. The good news is there is steelhead everywhere right now. There’s a mix of older fish that came in during October and the fresher fish that are coming into the lower end of the systems now. 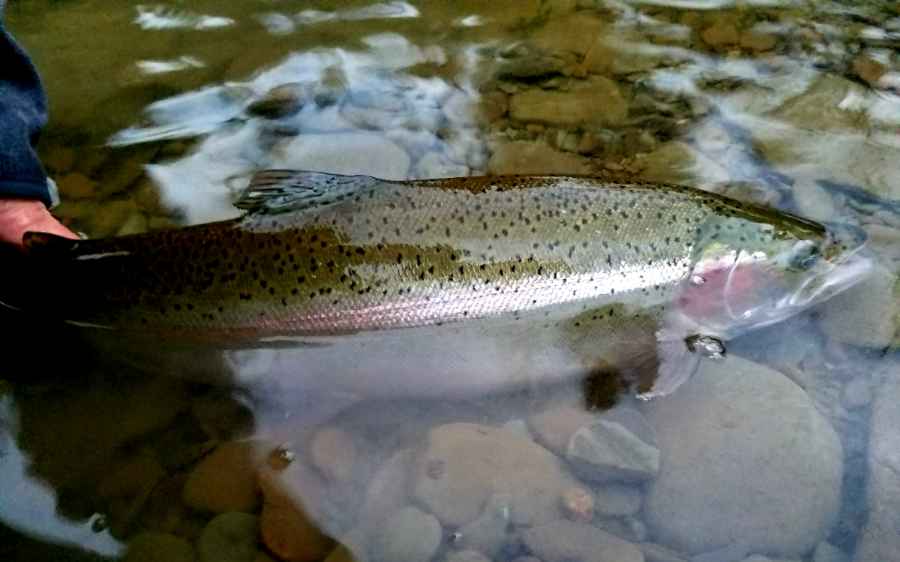 I’m seeing a lot of small fish this year. I haven’t seen too many large. With that said it’s still early in the run and we have all winter for the big fish to show. Normally, big fish show up in November. Statistically, this is our best month for big fish. The average fish I’m seeing right now is about four-to-five pounds. We’ll see if the larger fish show up when we get more rain and cooler temperatures.

After the last bit of rain we had I’m hearing from numerous local sources that there has been a nice run of fresh fish, but they are still on the smaller side. I’m going back up to Erie again this week to survey the fishery. I’d like to see if the numbers have increased since the last time I was up when I walked seven miles to catch 10 fish. Normally, this time of year you shouldn’t have to walk more than a mile or two to find a nice pod of steelhead to drift to. 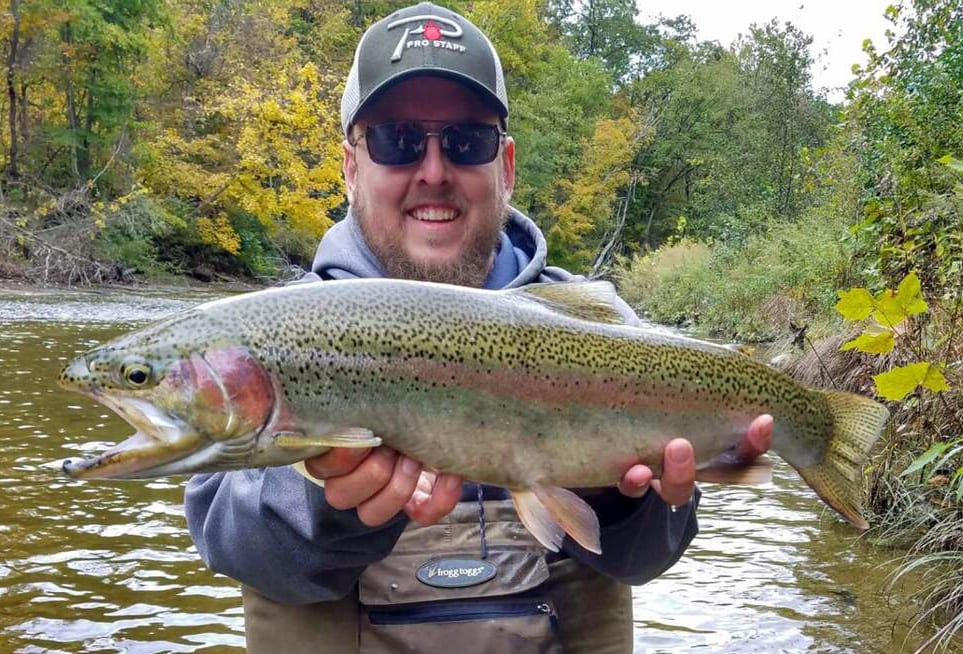 This year eggs sacks and skein have been the top producers. The eggs I’m using are king salmon eggs cured in BorX O Fire. The water has been low and clear so I’d use small sacks, basically four eggs per sacks. I’m using Pink and White Atlas Spawn Net. The3-inch squares work best. Drift them on a size 16 Daiichi hook and four-pound Vanish fluorocarbon. When it’s low and clear four pound is a must. In fact, last time I was in Erie the water so low I couldn’t use a float because it would spook the fish. 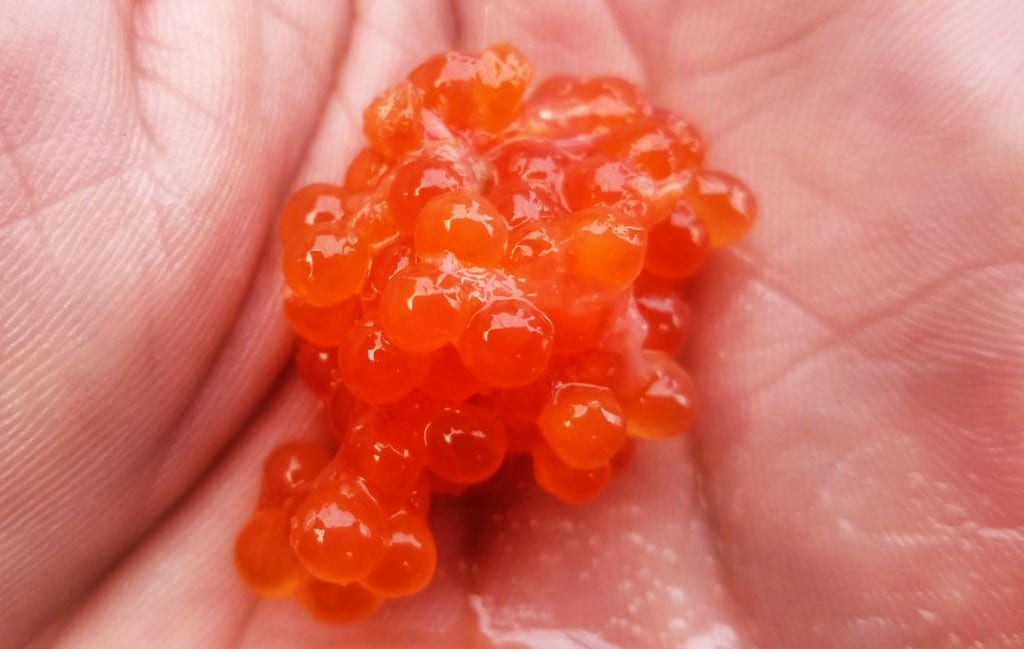 Here’s a tip. When I’m fishing in the creeks I’ll mostly use egg sacks. However, if I’m near the mouth or casting into the lake I’m going to use quarter-size pieces of BorX O Fire cured skein. In the creeks the water is normally low and clear so it’s a sight feeding game. However, in the lake my personal option is to use cured skein so it creates a scent trail. The fish cruising the shoreline can pick up the scent trail and track down the skein. 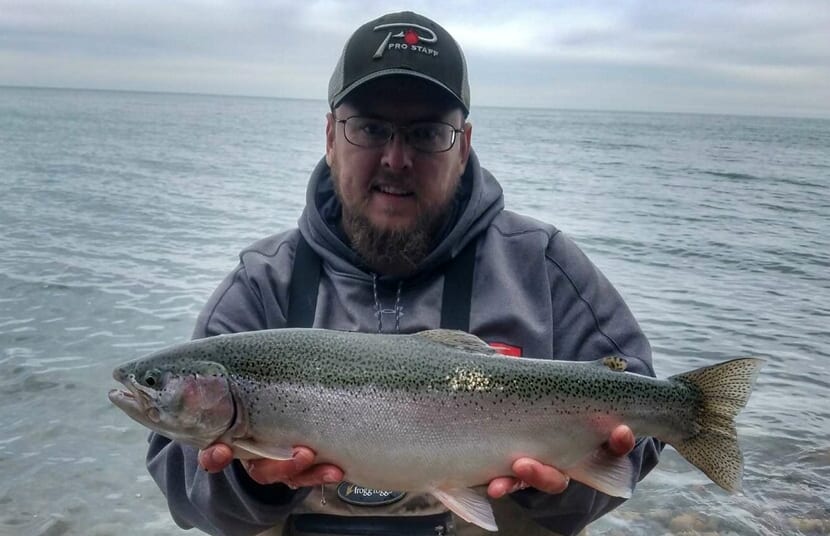