Like in years past they are predicting a decent number of springers in the Columbia River system. On the other hand, every year the experts predict a good return and then we end up disappointed, often due to poor water conditions, which can make fishing a challenge. Meanwhile, we are having a normal water year, which brings more clarity and a favorable river speed. This is much more conducive for anglers.

With the flows we have now and the predictions WDFW forecasted (188,000 Columbia River spring Chinook) I think it’s going to be a good year. We’ve seen a lot of early fish, which is a good sign, too. When conditions, forecasts and early returns are good I’m optimistic. 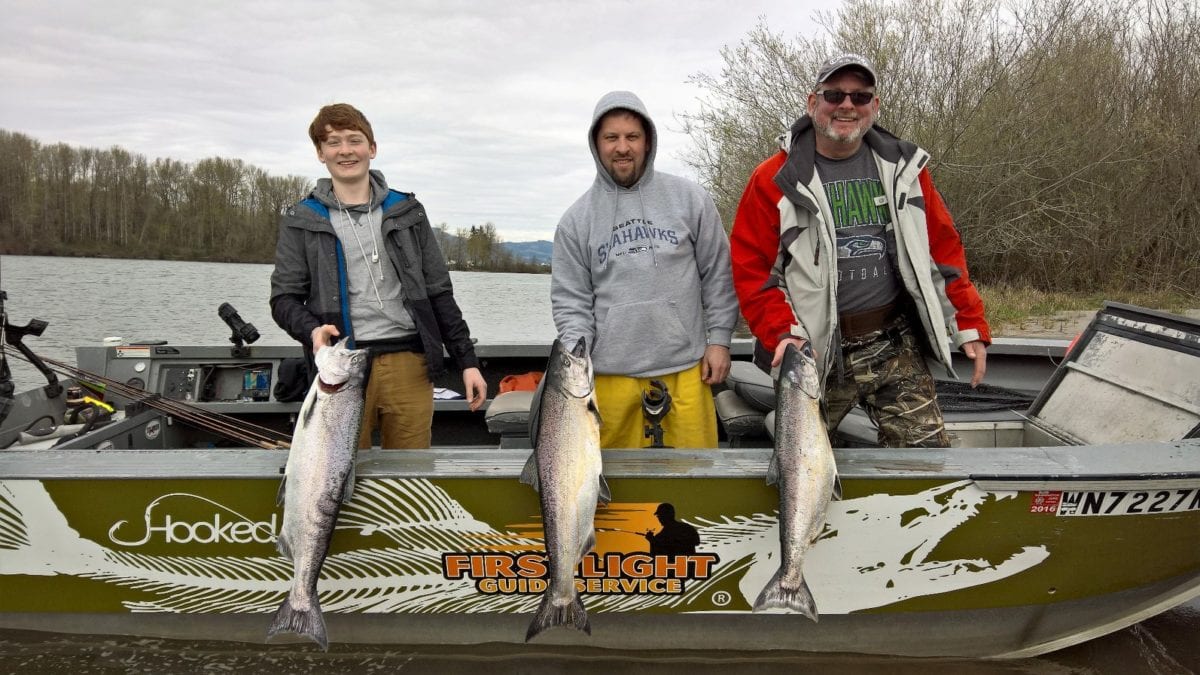 One thing that’s going to be different for me this season is where I fish. Most years we work the I-5 stretch, which is a good choke point for upriver fish. However, with such good numbers expected in the Kalama and the Willamette we are going to be focusing our efforts lower in the system this year. That means we’ll position ourselves below where those tributaries come in hoping to pick off some of the large numbers of springers expected to file into those particular systems.

People are catching springers now. There have been a good number of anglers landing fish, just not in big numbers yet. They are getting one and two here and there. I think the best is yet to come, personally. I’m expecting it to turn within the next few weeks and peak towards the end of the month on into the first week of April. 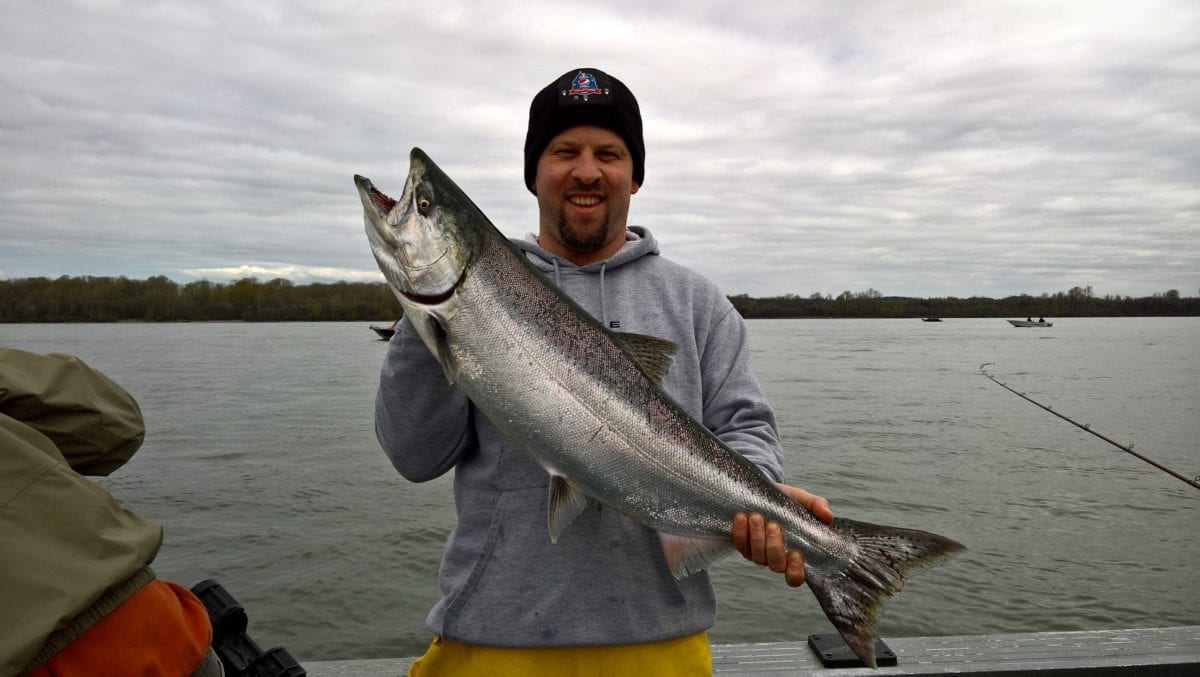 I’m a troller. I’m not a fan of sitting on anchor. However, doing so can be productive. If I’m going to sit on the anchor I dye up some herring or sardines in Nectar or Fire Brine and wrap them on the bellies and plugs of K-14 and K-15 Kwikfish or the Maglips 4.5 or 5.0.

Otherwise, I’m trolling a Natural or Blue Fire Brine herring (and adding a splash of Fire Dye in with it to make the colors more vibrant). Normally, I’ll run natural and blue and see what they are keying in on that day. However, if we get into dirtier water I’ll use the Chartreuse Fire Brine. I’m typically a downriver troll guy. I’ll run a bank and if we hit a fish I’ll run back upriver and work that same water. Typically, these fish travel in schools.

Tide plays a big part as far as depth. As it turns to an outgoing tide the river is going to start speeding up which pushes you to the edges to find slower water. On an outgoing tide you’ll want to run 2.6 to 2.8 mph and normally in 15-20 feet of water. Meanwhile, on an incoming or slack tide you’ll notice that the water will slow down so you can work deeper, somewhere between 25-40 feet of water.

On the main stem of the Columbia, which is what is open now, anglers can keep one hatchery salmon per day. No wild fish can be kept. The river closes to fishing April 9th. 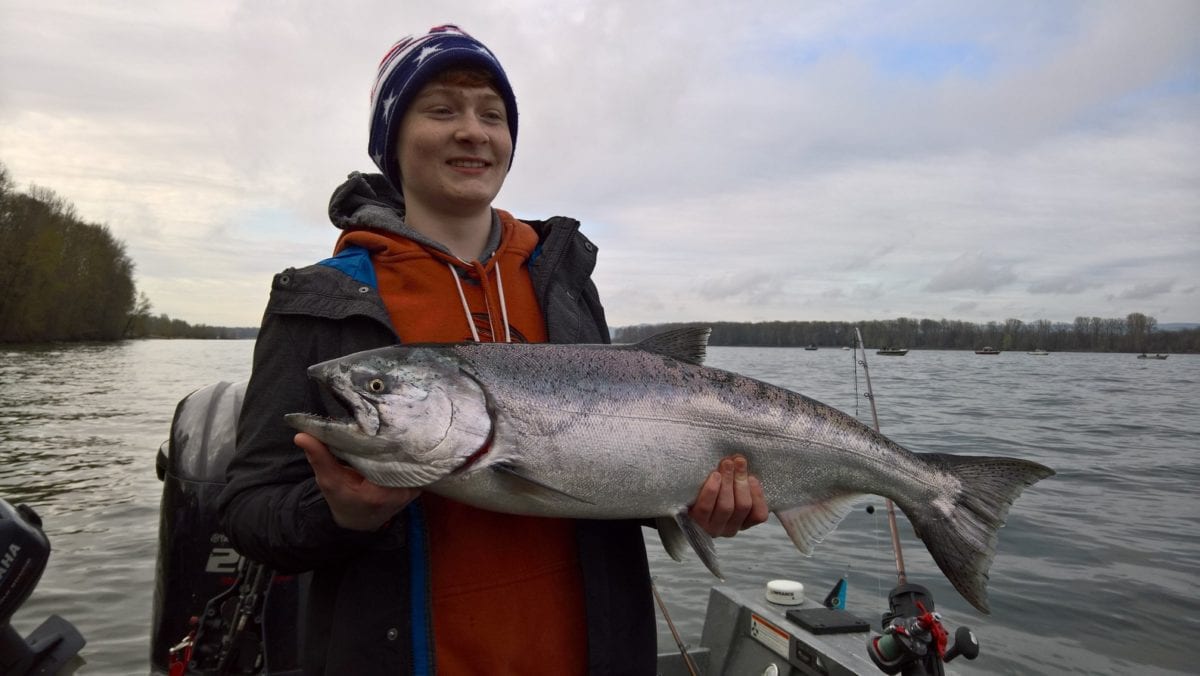