The radio co-host and veteran seminar speaker/bait junkie was standing on the south side of South Central Kentucky’s Hatchery Creek with this side of the hole to himself when a man walked up, stood two feet upstream from him and cast into the pool Inglin was drifting.

Inglin clocked his head to the left, staring at me with a smirk on his face. The Washington native, stream fishing in the Commonwealth for the first time, had combat fished for salmon in the Northwest, but never been suffocated by other anglers when casting for planted trout.

Holding a video camera and with a Canon 7D strapped over my shoulder I couldn’t stop laughing as a second angler slid in below him and cast over Inglin’s line. To paint the picture better; across the stream were two other anglers fishing the hole, which was a mere 10 feet wide and 20 long, perhaps up to four feet deep with a medium current.

Ironically, Inglin doesn’t get claustrophobic and had just hooked a rainbow on a Gold Label salmon egg in the myriad of lines. Anglers were taking notice. The crowd was growing.

“Are you guys filming a TV show?” a man smoking a cigarette while holding a fishing rod and cup filled with minnows asked me. “Wait, he’s not going to release that fish is he? I’ll take it. They aren’t biting my minnows today. Is he using eggs?” 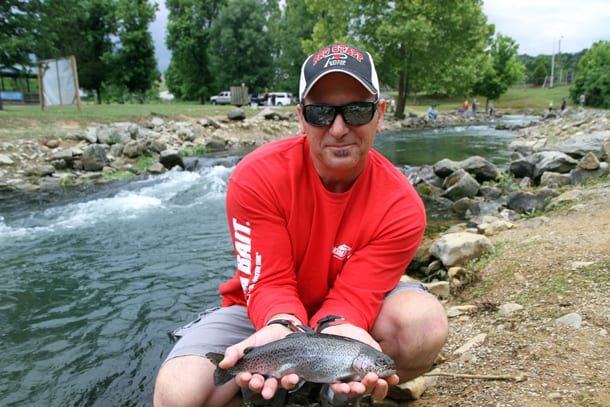 For those who haven’t been, which I’m guessing is most; Hatchery Creek is one of Kentucky’s most heavily fished creeks. At the base of Lake Cumberland, and just feet from Wolf Creek National Fish Hatchery, this small stream gets pounded by anglers and stocked often.

“It’s pretty quiet out here today,” the man told me. “I’ve been here since Saturday trying to stock the freezer up with trout. (It was Wednesday.) There was kid’s derby Saturday. There were at least 1,500 people here then. It’s empty now.” 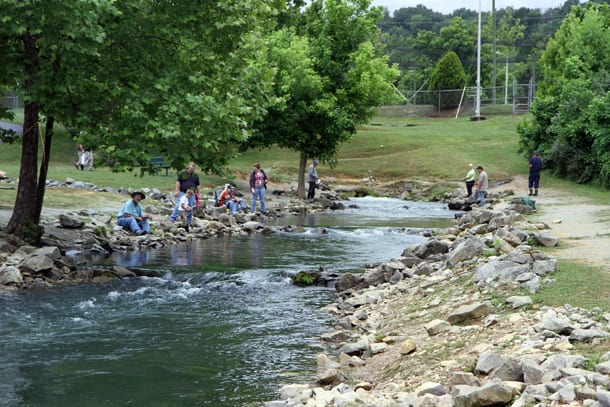 There’s a mere six holes on this short stream, which flows out of the hatchery and downstream into the Cumberland River. We thought the 50 people fishing at the time were a lot. However, it became obvious that people are ok with the crowds here an accustomed to shoulder to shoulder trout fishing. It’s was actually fun to watch and no one got annoyed about having to share real estate.

With few planted trout streams in the region, Hatchery Creek is the go-to destination for bank anglers, many of whom camp on the Cumberland River or Lake Cumberland and come here to catch a few 10-14 inch rainbows for dinner. Most come from Louisville, Nashville, Bowling Green and Lexington, we were told.

And, even though it gets hammered action is still available. Inch for inch the trout stocking here rivals any other creek in America (it’s less than 100 yards long). This is a wonderful example of anglers using a resource and proof America still enjoys trout fishing.

Inglin managed a few trout to 14 inches in the three hours we spent here before bolting to Central Tennessee’s Obey River. These fish had seen everything pitched at them over the weekend. Fortunately, drifting Gold Label, Yellow Jacket and Orange Deluxe Pautzke salmon eggs kept him in the action, even as he was swarmed by other anglers. Grab a jar, squeeze between others and drift eggs on a single salmon egg hook and you’ll catch some too. 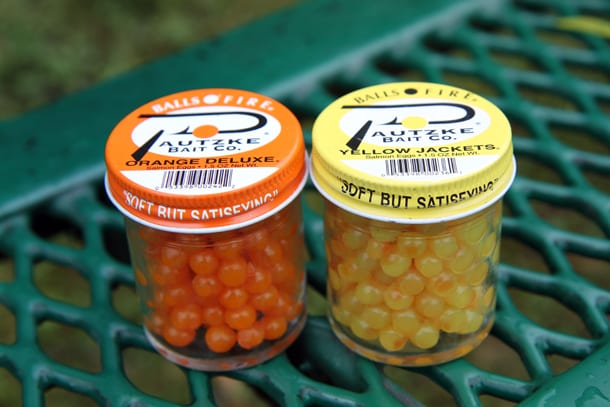 Editor’s Note: Proper etiquette here is if you find an inch to cast between other anglers do it. Hatchery Creek is planted often, even more so than published many of the locals told us. With a kid’s derby two weekends ago there’s till some large rainbows swimming in this short stream. Here’s a link to the Hatchery Creek Webcam: http://wcnfh.com/cam0.php. 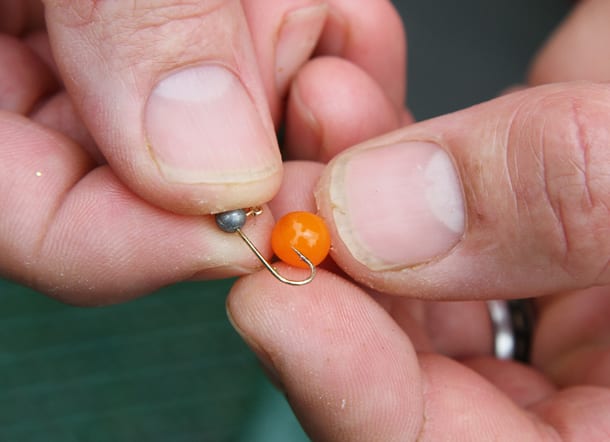