It’s been a long time since fishing was this good on the Klamath River. I’m surprised how good it is. The numbers of salmon we’ve seen in the last month on the Klamath Estuary exceed anything we’ve seen in the last 15 years, and it’s just starting. I don’t even remember catching this many fish in the middle of June and early July. Usually, salmon fishing doesn’t even get started until mid July. For whatever reasons there’s a lot of fish in the estuary and they are early by at least a month.

They are predicting good runs up and down the coast. By the calendar these are supposedly still spring salmon, but I think we have a mix of late springers and some early fall fish, and there’s a lot of them. They are smaller salmon overall and there’s good numbers, but I expect size to increase as the season goes on.

Normally, estuary fishing can be hit or miss. It’s not every day that large numbers of fish enter the estuary. You have good and bad days. We’ve just come off some enormous high tides and extreme low tides and it was pretty slow during the 8.3 high tide and that two-foot minus tide, but Sunday it was on fire again, and it’s been good since. I think we are getting back into a good pattern. It should get better and better each day just because we are nearing the time frame the fall salmon start to show. 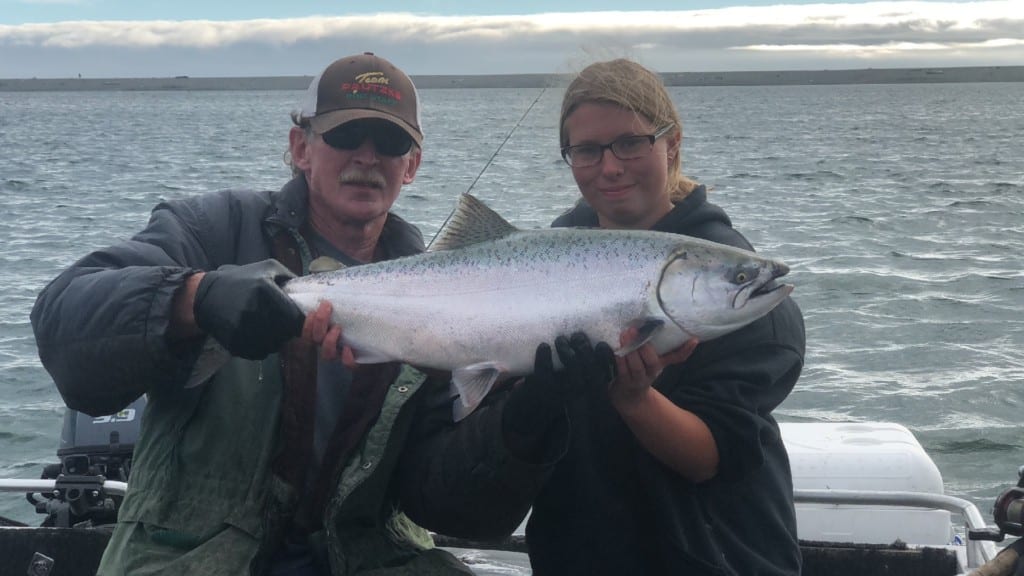 The fishery is dominated by trolling. And, this is the best anchovy bite I’ve ever seen on this river. We troll Fire Brine anchovies with a Rogue River spinner bait. They are hitting the Natural and Blue Fire Brine, but blue has been the best. I’ve caught a few on chartreuse, too, but blue has been so good I haven’t run chartreuse as often. I’m running 20-pound Maxima Ultragreen with a 30-pound Seaguar fluorocarbon leader. I like using a heavier leader because when you are trolling that leader is more buoyant than a smaller diameter leader. 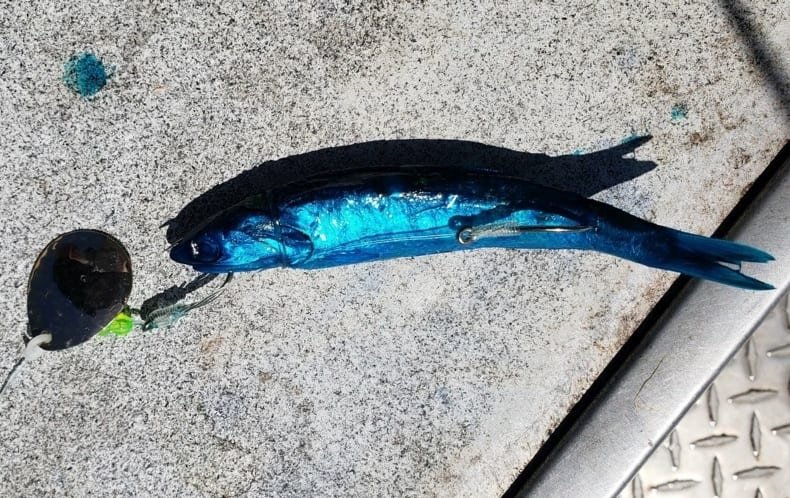 The incoming tide has been the best. Usually we fish the outgoing tide, but this year with the excessive amount of moss in the river the fish seem to be coming in better with the high tide because its slowing down the outflow of the moss. It’s kind of lying down during the incoming high tide. It giving us about a two-hour window of moss-free fishing. The rest of the time you are picking moss.