This year will go down as one of the greatest years for salmon fishing on Lake Ontario and it doesn’t seem to want to slow down. We’ve had great numbers, large fish and action on multiple year classes all season. It’s also going down as the season that will never end. We still have excellent salmon fishing on Lake Ontario. Even this late in the season anglers are going out and hooking 20 to 30 fish a day. It’s been incredible.

Most of these salmon should be heading into Lake Ontario’s tributaries. However, if you look at our temperatures it makes sense why the fish are still in the lake. For example, in Syracuse we’ve had almost two weeks of temperatures above 80 degrees. Basically, the water in Lake Ontario tributaries so hot the salmon aren’t going into the rivers yet. It’s just too warm. 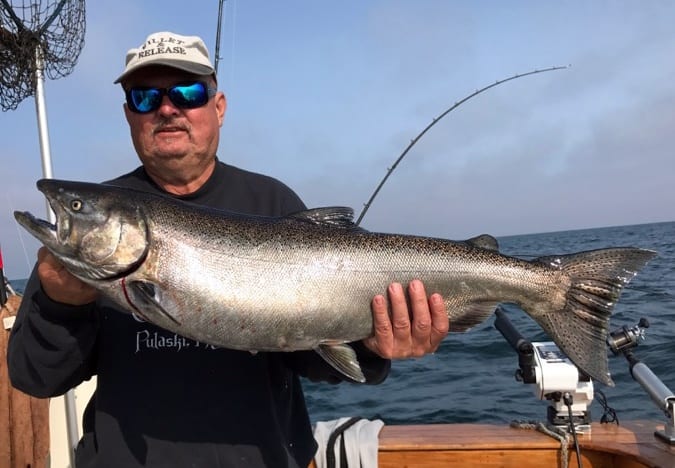 For the most part salmon won’t migrate into our rivers if the water is above 70 degrees. They just stay out in front of the rivers until the water cools down. Eventually they’ll have to go up the river regardless of temperature, but they are holding out as long as they can, which is why the lake fishing is still so good. We have a ton of salmon in the lake still. 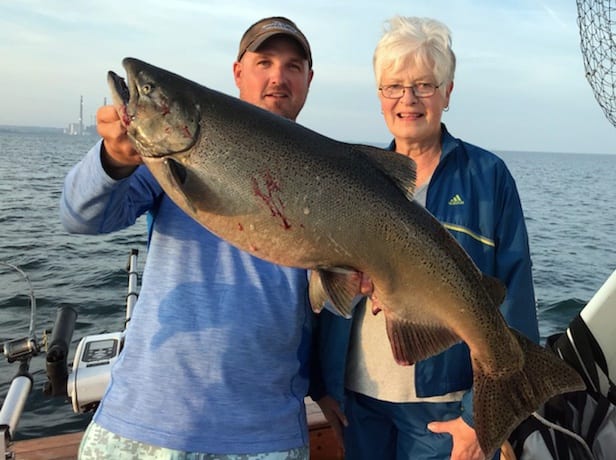 The next four days it’s going to be colder, which will help cool the rivers down, but we need more than a few days of cooler weather. What we really need is rain and there’s no rain in the forecast. These fish are going to stay in the lake for the time being. The cold snap might draw a few fish in, but this isn’t going to be enough cool weather to bring a substantial number of fish into our tributaries. Temperatures are supposed to climb back up in a few days. 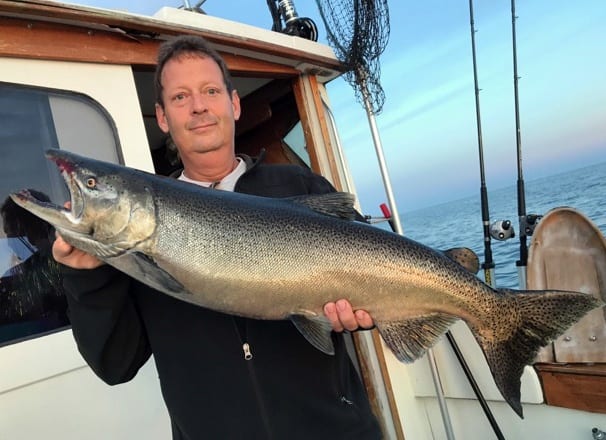 It’s safe to say that every major tributary in Lake Ontario has salmon in front of it. We haven’t seen this many fish staging in many years and it’s going to continue until we get rain, which will draw salmon into our rivers. We’ve been finding most of our salmon right in front of the rivers. I’m fishing a half-mile stretch directly in front of the river mouth. We are fishing mostly 58 to 64 degree water and I’m fishing 75 to 95 feet of water. 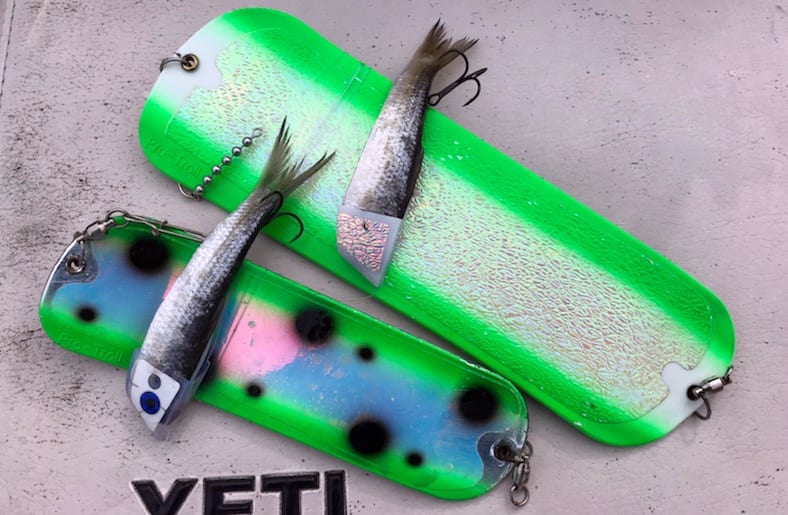 The meat bite continues to impress. It’s the same stuff we were catching them on in the summer (Fire Brine herring). Our top rig has been a Michigan Stinger flasher ( Jack’s Pretty Girl) with a Glow Bait Head. Blue, Chartreuse and Natural Fire Brine herring have been the hot colors for our bait.