Northern and Western Michigan offers exceptional steelhead fishing during the winter. However, this winter anglers have had to work harder than normal to catch steelhead throughout the region. Although the numbers have been down and anglers have been working harder to catch them, the size of the steelhead has been larger than previous years. This has made the wait worth it.

In the last three years we’ve been seeing larger steelhead. This year, nonetheless, the steelies have been averaging 8-12 pounds, but we’ve caught fish up to 19 pounds. We’ve had smaller fish mixed in, but the average size has been impressive. The fish we’ve been catching have been large adults slowly tricking in. I’m expecting more fresh fish to trickle in daily. 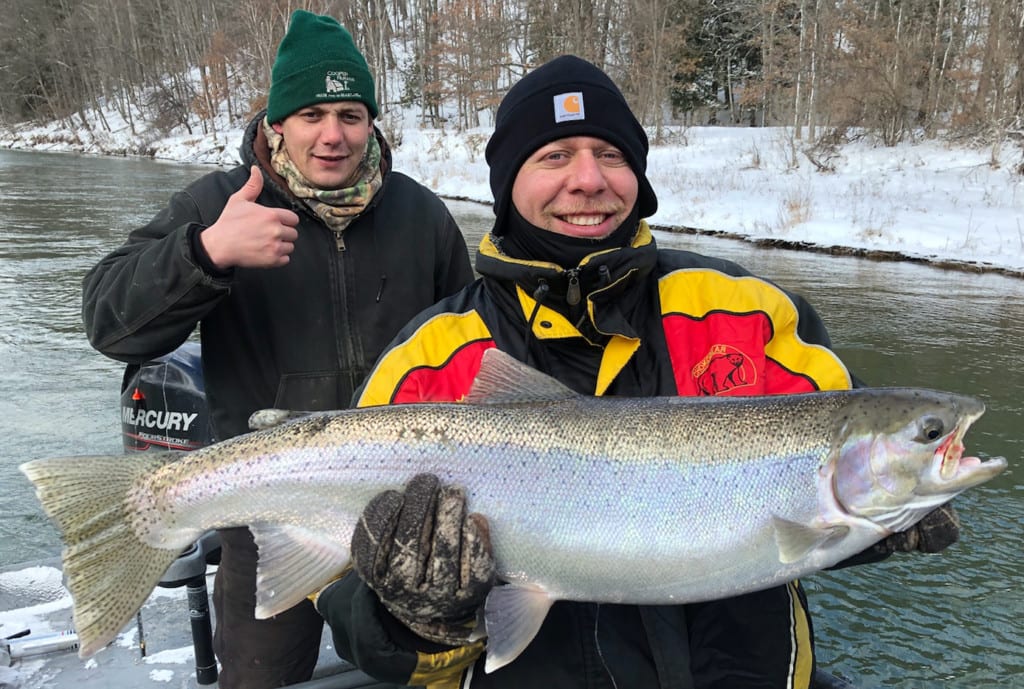 After not fishing much of January due to brutally cold weather I expect there to be decent fishing through February. Meanwhile, I think it’s going to be a few weeks before we see any big, banner days. To see that we’ll need a rise in the water table and a big thaw, which will pull fresh fish out of Lake Michigan. For right now catching one-to-10 adult fish a day should be expected. It’s improving daily. Again, fishing isn’t exceptionally hot, but the quality of the fish we are catching is.

The good news is that pressure hasn’t been high. On the nicer days we’ve seen some anglers on the river, but because of the slow bite there’s been less boats than we are used to, even in the winter. It’s been so cold in the mornings that we haven’t needed to be on the water at first light. Most days the bite hasn’t kicked in until mid morning, anyway. Once it warms up a few degrees the fish bite throughout the day.

I’ve been using several techniques this winter. As always, BorX O Fire cured spawn bags have taken the most fish. I’ve been putting six to eight salmon eggs in a sack. However, we are also catching them on beads and wax worms fished on jigs. I’m running 12-pound Trilene Smooth Cast as a main line and 10-pound Red Label Seaguar for the leader. 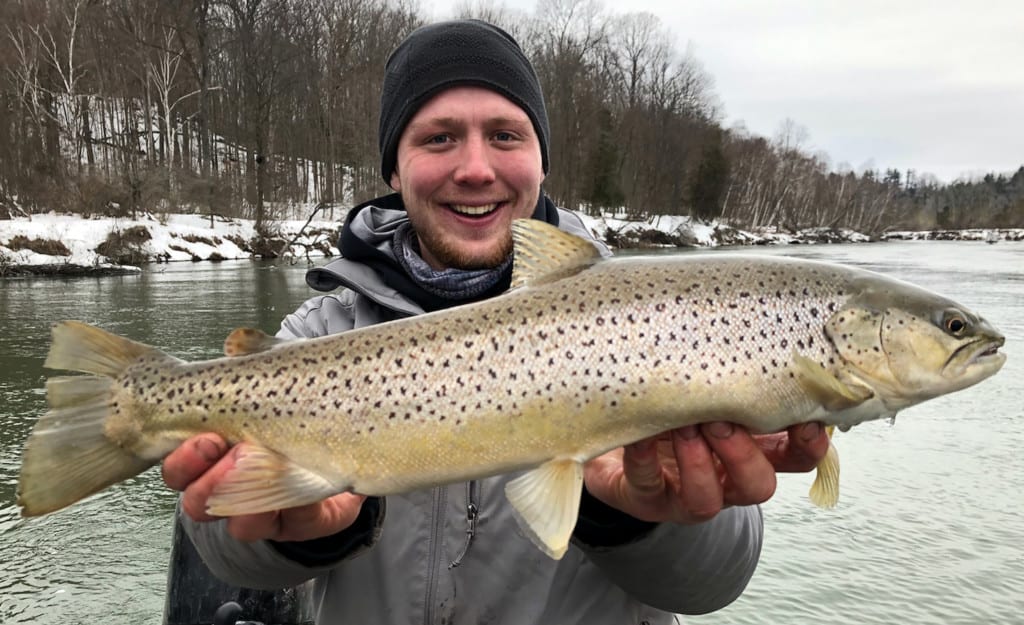