Using spawns sacks when fishing bait this summer and fall has become imperative on the Middle Rogue River. It’s not that spawn sacks work better than globs of roe, however. The reason why we are using spawn sacks on the Rogue is we have a bad population of squawfish that seem even worse this year. They are relentless with taking the roe off the hook. You can go through a quart of cured bait in a few minutes whereas the spawn sack will last about 20 minutes.

The spawn sack is catching on more and more. Most of the guides are using them and the general public is starting to catch on. The squawfish are always in the river, but when it cools down they aren’t as bad. On the other hand when the water temperature heats up like it is now they are raiders. Once they get a whiff of your bait they are coming after it and without a spawn sack it’s gone before a salmon can get to it. The spawn sack prolongs the life of your roe and keeps you in the strike zone for longer periods of time.

Making spawn sacks for salmon is fairly simple, but few retailers stock the sack material necessary. Your best bet is to go to a fabric store and look for netting material. It basically looks like small fish net, but you can buy yards of it. You can buy the regular spawn sack material made by Mike’s, but it’s too small. You want to buy the regular fabric so you can make 50 Cent size pieces. I’ll use red or orange netting. You can even buy it with glitter. The glitter will fall off in the water, which is a good thing. It makes it look like scales.

Before we get started you’ll need a spawn sack maker. Atlas makes one, which works, but it’s a bit small. I wish they made a larger one for guys using it to make sacks for salmon. You’ll also want to start cutting dime size pieces of roe. I’ll cut 50-60 small pieces of the roe. These are going to be placed into the sack later.

Place spawn netting into spawn sack maker. You want the sack to be large enough to handle four pieces of dime-size roe; ideally bigger than a quarter, but not larger than a 50 Cent piece. 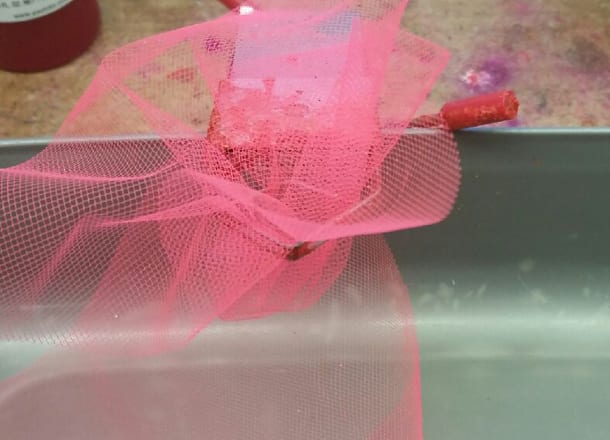 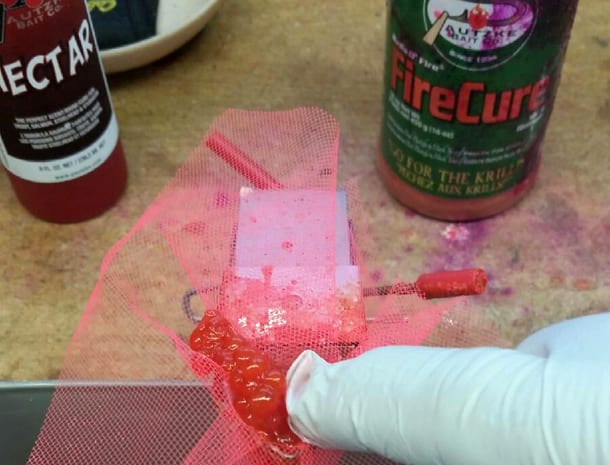 Pull lever down on spawn sack maker to tighten the sack.

Cut excess netting on the top of the sack. You want it to be flush.

Take Atlas Miracle Thread or Magic Thread and do several wrap-a-rounds real tight. I go around 10 times and do four half hitches. 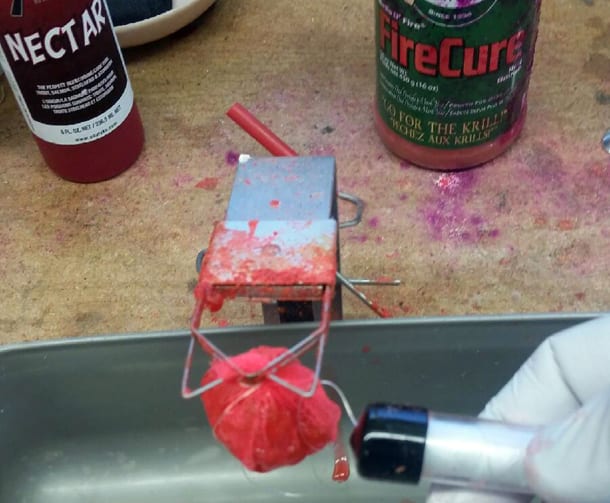 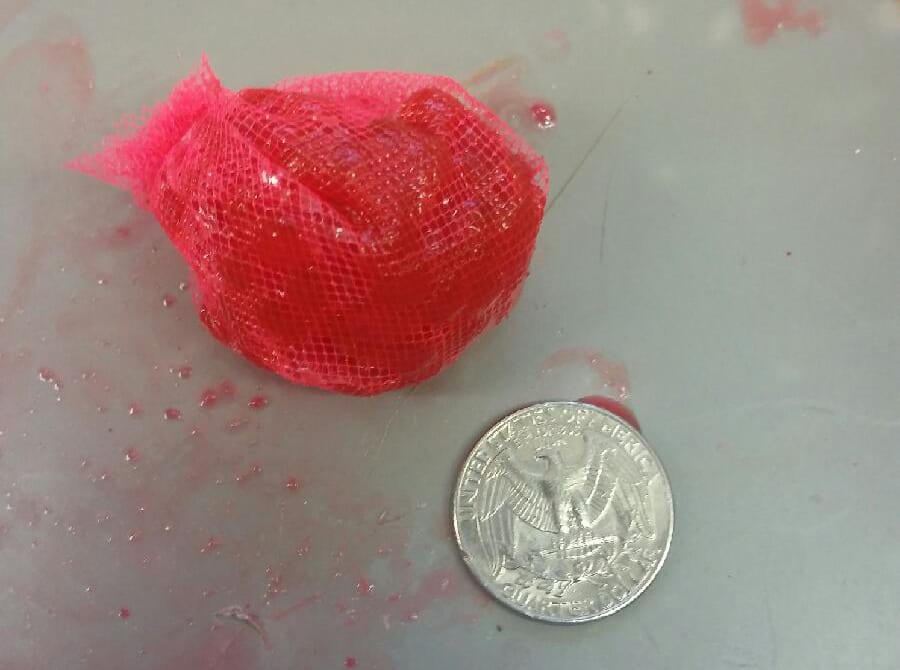 This summer on the Middle Rogue I’ve been curing my eggs in Red Fire Cure, which has always been the choice color. We’re also bringing a bottle of Red Nectar on the boat. I have special containers that clamp to the side of the boat and fill about a quarter with Pautzke Nectar. My clients dip the baits in the Nectar before every cast to create a better scent trail. Nectar has been a standby for decades on this river.