We don’t know how much longer our salmon run is going to last in Milwaukee Harbor, but we know there’s fish here now. Signs indicate that we are nearing the end of our run. However, after fishing here over the weekend I can confirm there’s plenty of salmon around. Most days I’ve catching five to 10 fish.

Normally, the end of our run is marked by the start of the coho run. As of today we’ve haven’t seen a big push of coho. In fact, I’ve only caught a few, which could be a sign there’s more Chinook to come, but we really don’t know. Normally, salmon are around through October, which leaves us several weeks. I’ve caught a few in November, but by that time I’ve switched over to browns and steelhead as are fish are pretty banged up.

What’s been interesting is the size of our salmon in the harbor and all of the harbors in Southeast Wisconsin. We’ve had more jack salmon than we are used to. In the last few weeks I’ve caught mostly smaller fish and by small I’m referring to five to seven pound salmon. These are fish that I would think were the size of second year fish. We’ve reported this to the Wisconsin Department of Natural Resources and they are looking into it. In the past week it’s been a chore to hook larger salmon. Prior to that catching a 20-pound salmon wasn’t that hard. We were doing that daily. We even had some in the high twenties.

Fishing hasn’t been easy. We’ve had to work for them. I’ve been covering a lot of water in Milwaukee Harbor looking for concentrations of salmon. I look at the pier heads, in the harbor and in the rivers and that’s a lot of ground to cover. What I’ve been doing is no secret. I’m 6-5 and 300 pounds and people can see exactly what I’m using. I’m exclusively using a slip bobber and floating skein.

Early in the season I was using mostly Natural BorX O Fire. However, as of late the Orange and Pink BorX O Fire have been my best colors. Since the fish have been in the system for more than a month I’ve had to throw different colors of skein to get them to bite. Natural will still generate bites, but pink and orange have been more consistent.

To learn how to cure your eggs, Wisconsin style please see my previous blog: https://www.pautzke.com/learn-the-simplest-great-lakes-salmon-cure. 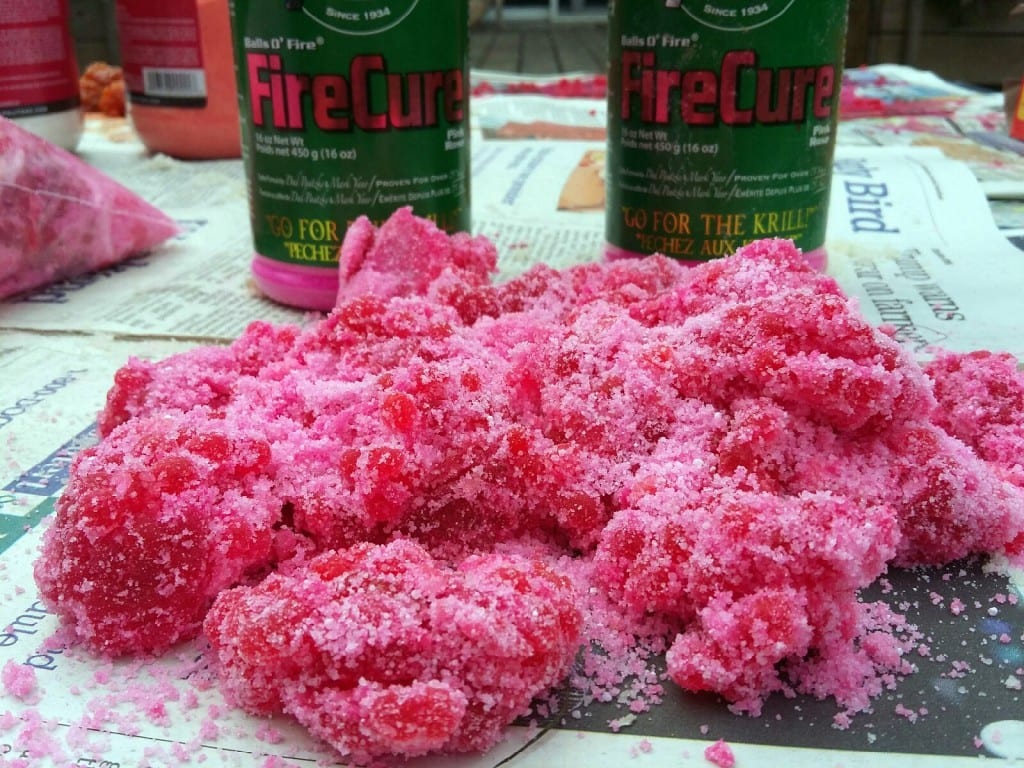