It’s no secret that many of Western Montana’s famous rivers and creeks are running high right now due to extreme snowmelt. Staying in Missoula over the weekend we had no choice but to focus our trout fishing efforts on stillwater systems instead. Roughly a half hour from Missoula we spent Sunday fishing Beavertail Hill State Park and had a blast catching various sizes of trout.

While the bite wasn’t epic we were successful at picking away at rainbows throughout the day in Beavertail Pond. The state park lake is heavily stocked by the Montana Fish, Wildlife & Parks and that showed. This is a high use lake and it was pretty crowded over the weekend. We noticed that while the creeks were high the pond was clear and visibility was high. This forced us to employ four-pound line to keep the fish from getting spooked. 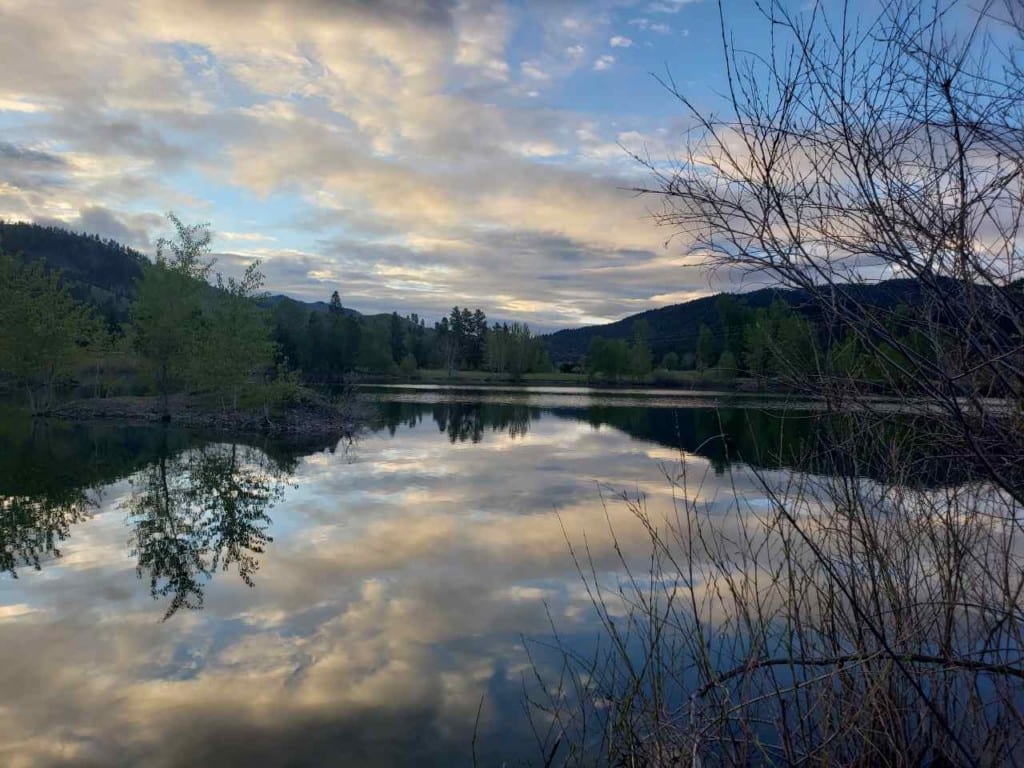 I’m a bait guy, but started off casting a spinner and caught two small trout early on. We watched the shoreline carefully and noticed only a few trout being caught all day. At this point we switched tactics. I grabbed a jar of Pautzke Garlic Wildlife Fire Bait and rolled up a small ball of it before casting out. Minutes later I caught a huge rainbow that we took photos of a safely released. Clearly this was a brood fish. Throughout the day we caught several more on Peach Garlic, Garlic Wildlife and Chartreuse Garlic Fire Bait. The rest of the trout were small, but as slow as the bite was we were happy to catch them. 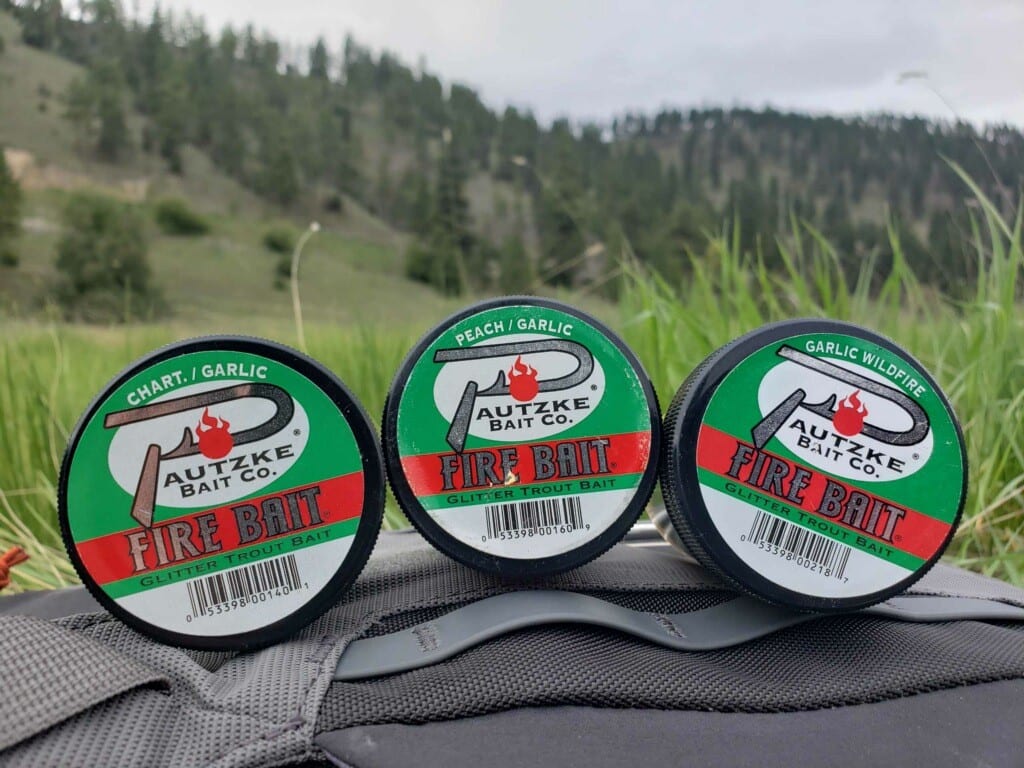 Located along I-90 Beavertail Pond is a small body of water (27 acres) with a trail that circles the lake. It’s a great place for anglers of all ages to trout fish. We found success with bait, but lures work well, too. If coming make sure to downsize your tackle because of the clear water. We were using small pieces of Fire Bait and size 12 to 14 Gamakatsu salmon egg hooks.

According to the FWP’s website the pond has been stocked three times in April (4th, 16th and 25th) and has received cutthroat and rainbows. We didn’t catch any cutts, but could see many broodfish swimming around. The lake is stocked with brood cutthroat and rainbows. Being along the interstate and so close to town fishing pressure remains steady. With Fire Bait we were able to remain successful even while most anglers struggled to get bit. The key, I believe, was using garlic scented Fire Bait.