Fall Creek Falls State Park is already one of the more popular outdoor destinations in Central Tennessee, and it’s quickly becoming a favorite spot for trout anglers, too. In only the second year on the trout plant schedule Cane Creek, which flows through the heart of the park, is rapidly becoming a well-liked place to fish for rainbow trout. The Tennessee wildlife Resources Agency has done an exceptional thing by adding this to the stocking list and anglers are responding with smiles and open arms.

While dodging storms over the weekend we spent the day here to see what the hype was all about. In conjunction with the Tennessee State Park system the TWRA has done an amazing job adding what appears to be a perfect candidate to become one of the more popular places to trout fish in the state. We caught and released dozens of trout here in several hours and had a blast.

All of our bites came on salmon eggs. To be honest, we didn’t try or need anything else. We started the day at the George Hole, but didn’t make a single cast there. We were more interested in fishing moving water where we could drift eggs through the hole. Starting at the small waterfall that leaves the George Hole we began drifting salmon eggs under a float and fielded strikes in every single hole from this point on downstream to the bridge. Trout were positioned behind all large boulders and in deep pools. 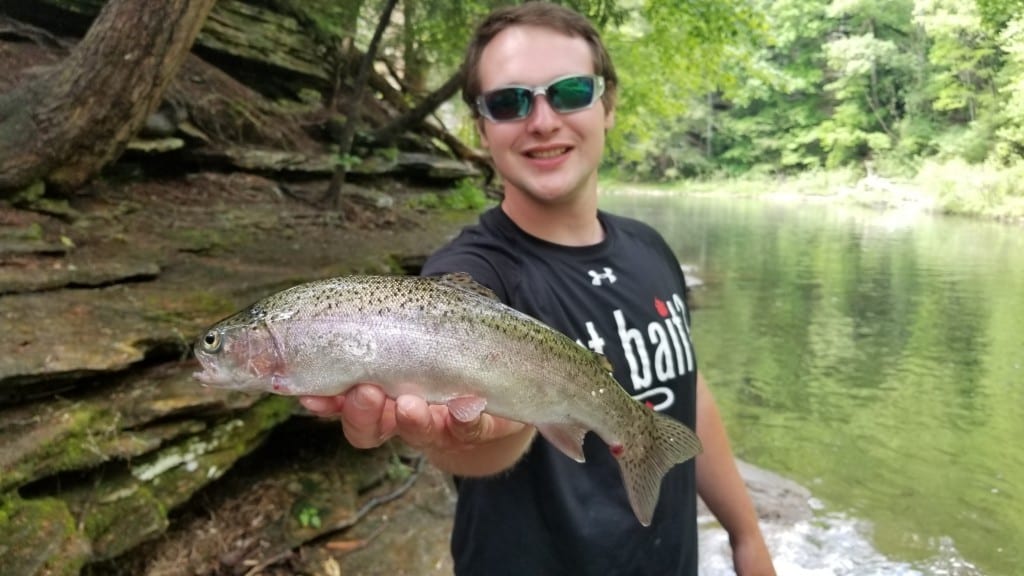 We were told that’s 75% of the trout stocked in this section of Cane Creek are released in The George Hole. Ironically, we didn’t catch a single fish there, but nor did we try. It seems that many of the trout did not want to stay in that deep, slow hole and instead migrated downstream. We even fished every hole from the George Hole, down to the bridge and then for a quarter mile below the bridge. It was a chore to find a section of water that didn’t hold trout.

What was most surprising to us is that this system hadn’t been stocked in almost two weeks, yet we caught and released dozens of trout in it. The only downfall was most of them were small. Every trout we caught in this specific section was roughly eight to 10 inches and skinny. All of our bites came on Pautzke Pink Shrimp and Gold Label salmon eggs. We fished them on 4lb test, with a size 12 single salmon egg hook and under a small float. There are a lot of rocks and submerged structure and using a float allowed us to keep our bait off the bottom and away from snags.

After taking a short break we walked back to the parking lot and regrouped. In reality we received so many bites we needed to grab a few more jars of salmon eggs. At this point there were several anglers fishing in the George Hole. Instead of going downstream, this time we decided to walk upstream about 25 yards beyond The George Hole. This was the point where moving water met the slow, deep hole. It was also the point that told us hundreds of trout still remained from previous stockings. 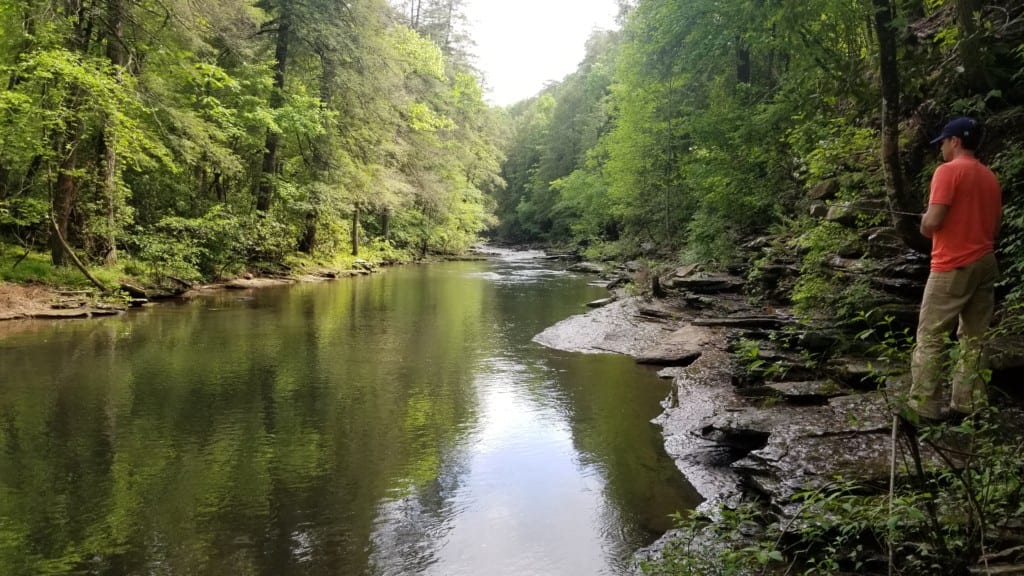 To call the fishing in this section epic would be an understatement. In roughly an hour’s time we caught and released several dozen trout all from where the current met the dead water on upstream for about 50 yards. Let’s keep in mind they haven’t stocked this section of the creek in several weeks. At one point three of us had bobbers out and all three bobber went down on the same drift. We had doubles almost as often as we were able to make a cast. All the bites came on the same salmon eggs. We were fishing one egg on a single salmon egg hook and oftentimes not even able to count to three before getting bit.

We don’t have a reason for it, but the trout we caught in this section we’re 10 to 12 inches and much thicker than the ones we caught below the large hole. We were worried that bites were going to be tough to come by because there were kids swimming in the hole below us, splashing around and doing cannonballs off the rocks. Fortunately, that didn’t affect the bite. The fish wanted Pautzke eggs bad. 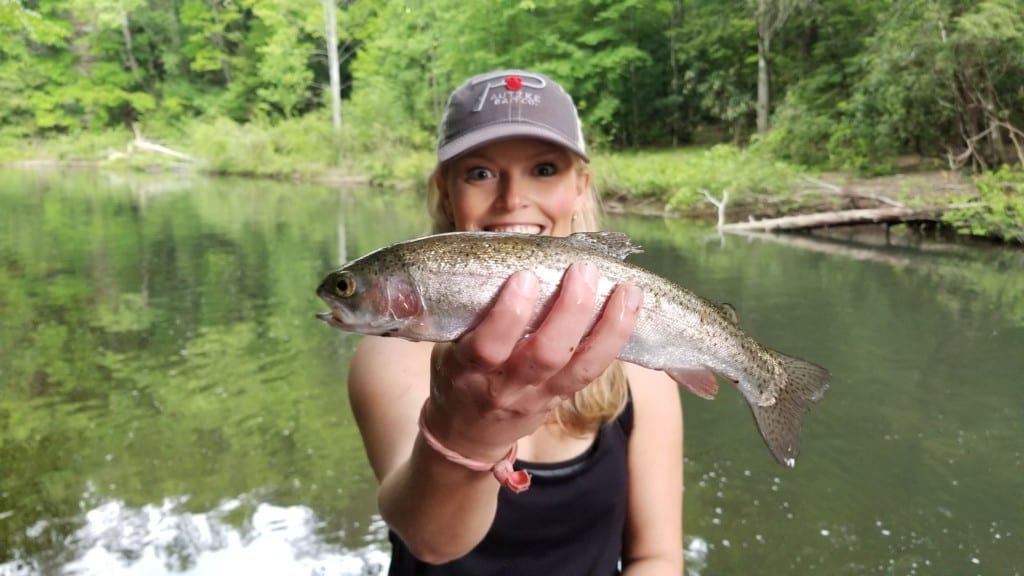 According to the TWRA stocking records we found on their website Fall Creek Falls State Park is slated to be stocked again the week of May 19th. This means fishing will likely only get better as another 1,000 trout will likely be stocked. Grab a jar of salmon eggs, head to the George Hole, or up or downstream of it, and drift them and you’ll likely have a banner day like we did.