Drano Lake was expected to have a down run this year and it’s been slower than normal. However, we are catching salmon daily. We aren’t setting any records, but we knew this was how it was going to be. The unfortunate truth is we don’t have a lot of options in Washington. There’s not much open right now. Drano is one of the few places that’s open to salmon fishing.

This spring we don’t have large catch rates at Drano like we’ve had in the past, but we are still catching two to six salmon per day on guided trips. The cool thing about Drano Lake is that it’s a two fish limit and I think it’s open for a long time. It gives anglers an option to fish when there aren’t many other choices. I’ll be fishing here into June, unless it gets closed early, which it not expected. Drano is a terminal fishery and there’s a big quota here. 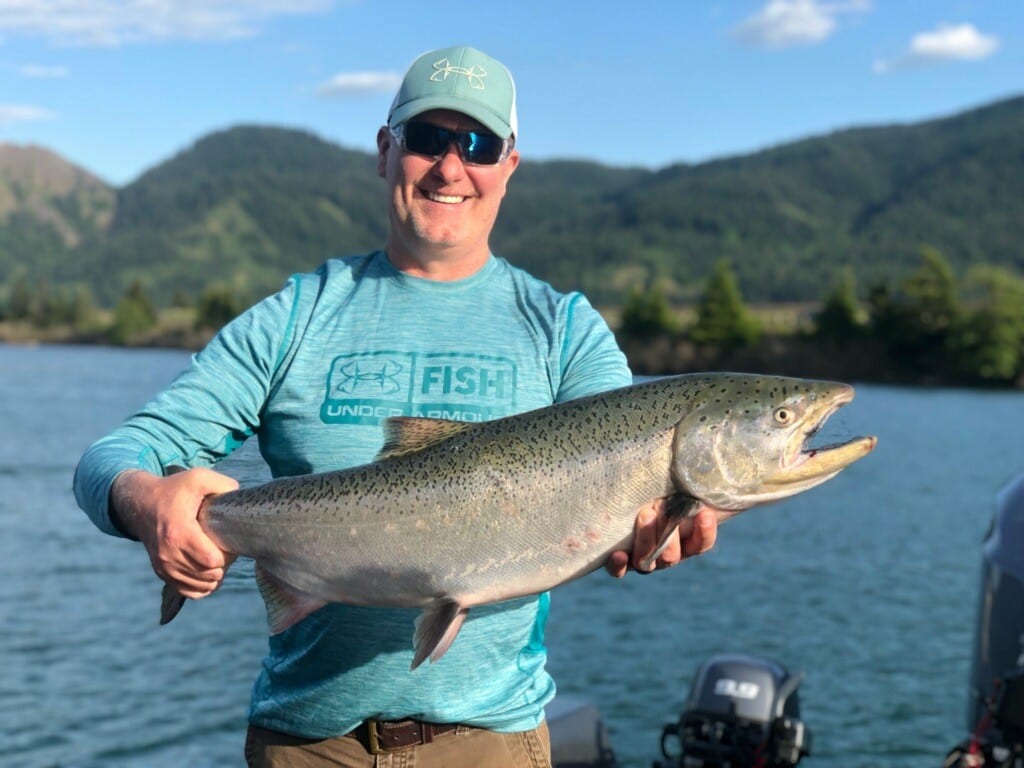 Terminal means these are hatchery salmon returning to the Little White Salmon River Hatchery here at Drano. We (the state of Washington) introduced them to create a fishery. Because we aren’t compensating for a wild run of fish we can harvest these fish, and keep two a day. Due to this, the quota is way higher than most other fisheries; we can use two poles and barbed hooks. We can still have fun and catch salmon.

The crowds here are a bad as I’ve ever seen it, but it’s obvious why. There’s nothing else opened. If you are going to come here to fish you better be ready to duke it out. There has to be 100-150 boats targeting these salmon. Fortunately, there’s been some nice fish around. I caught a 25 pounder recently, but most have been running 12-15 pounds. 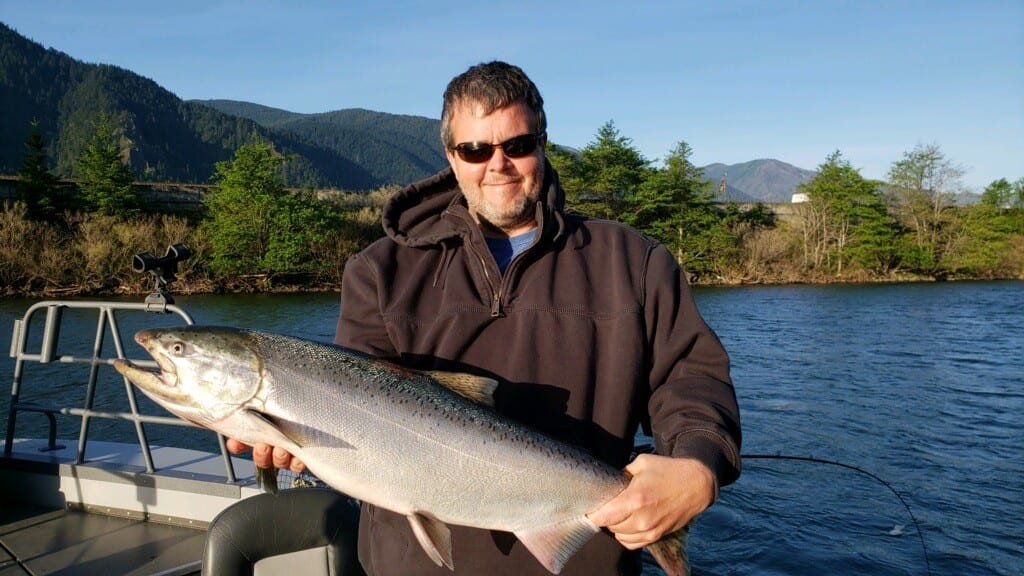 We are targeting these salmon two ways: with a shrimp spinner and a Brad’s Kokanee cut plug Super Bait. This Super Bait was designed for kokanee, but works awesome for salmon. When running herring with the Super Bait I add Atlas Mike’s Bait Brightener. It makes the bait flash like a strobe light. 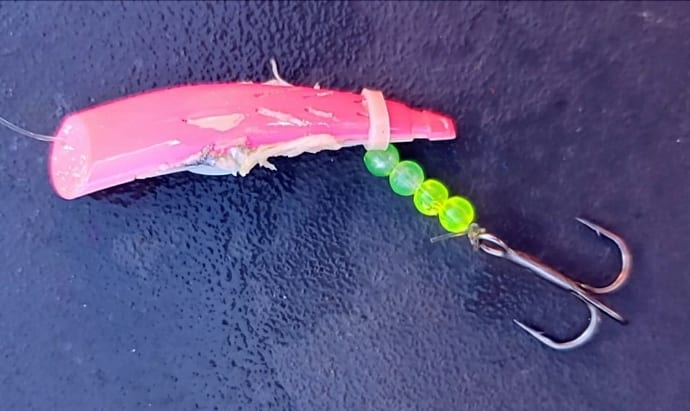 The shrimp spinner is basic. It has a 3.5 Colorado blade on it and two, size one Gamakatsu octopus hooks. You can use coon shrimp or prawns. Personally, I cure mine well in advance and use a cup of Red Fire Cure per quart, a cup of Red Fire Dye per quart and a cap of Fire Power for added scent. The longer you let the shrimp cure the better they fish. The shrimp that are working best I cured last year at this time. With both of these baits there’s no one out here that isn’t running a flasher. We use a Leo or Pro Troll. 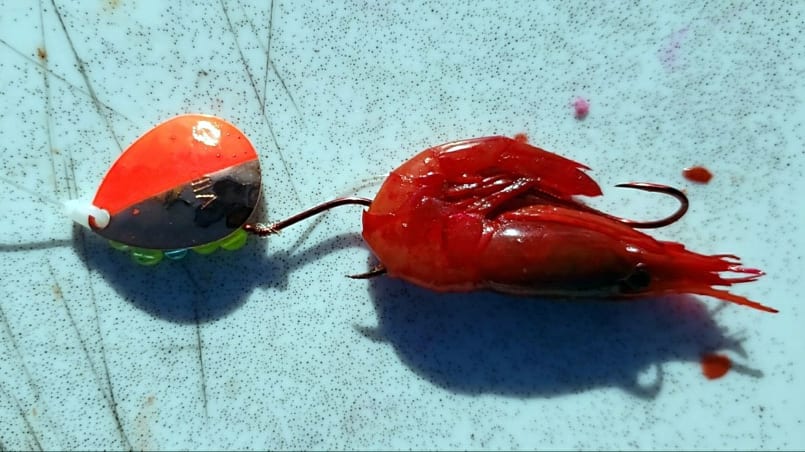 The fishery is standard. We troll eight and 10 ounces of lead at 1.5 mph. Pay attention to the electronics and run your baits wherever you see the fish. Sometimes they are on surface and other times they are down deep.