We planned to film Pautzke Outdoors in Northern Pennsylvania last week. However, due to high water in many of the systems we were scheduled to fish we rerouted to West Virginia where conditions were more favorable. Meanwhile, we were able to squeeze in one episode shortly after landing in Pittsburg at 6pm. With roughly two hours of light left we met James Swearingen of Steel City Anglers at nearby Montour Creek and caught and released dozens of trout.

Being a midweek day we expected crowds to be thin. On the other hand, following a club stocking and Pennsylvania Fish & Boat Commission plant the week prior plenty of anglers were on hand. In fact, we had trouble finding an open hole. Fortunately, Swearingen and Michael Wickkiser squeezed in between a pair of anglers fishing in the top and bottom of the hole and were able to manage a decent drift. 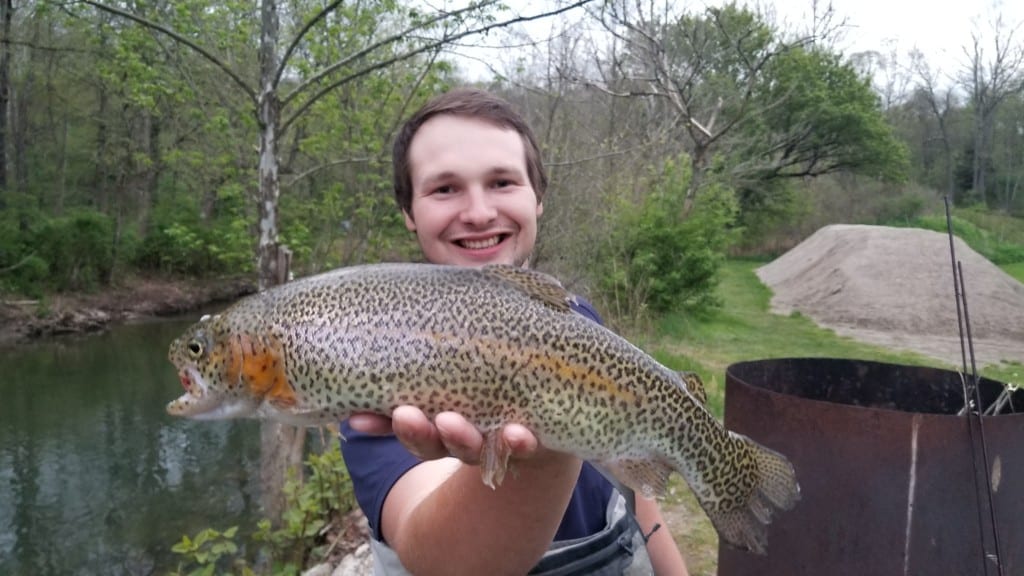 The evening started fairly slow. We only caught a few trout in the first 30 minutes. However, around 7pm the bite took off and remained epic until dark. Swearingen was using two baits: Pautzke Pink Shrimp salmon eggs and Fire Brine eggs tied in Atlas Mike’s netting. The water was still slightly off color due to recent rains so fluorocarbon wasn’t necessary. On the other hand we still used 4-pound test and employed floats to keep the bait from getting stuck on the bottom. 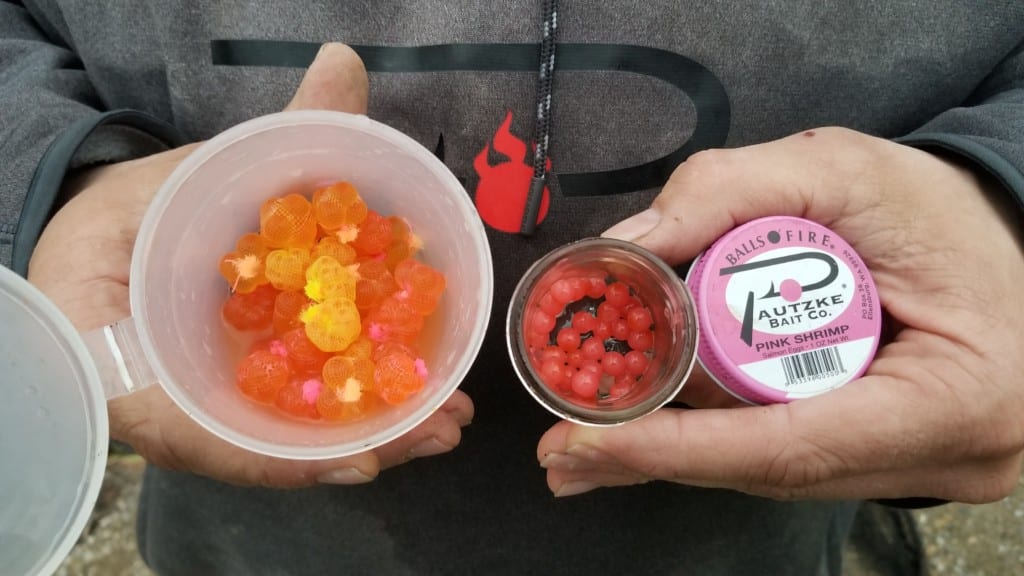 Montour Creek has received a slough of trout plants recently and fishing pressure has been high as it always is. The good new is that a local club and the PA Fish & Boat Commission has unloaded droves of trout in the creek. Nevertheless, we only saw two golden rainbows left. Most of the trout were rainbows, at least that’s we caught. Fortunately, the local club planted some quality fish, roughly two to three pounds. Many of those trout are likely caught by now. We caught and released about 20 trout, but the two anglers fishing the same hole as we did kept their limit.

According to Swearingen action will be fair to good here for a few weeks or until all the trout are caught out of the system. It doesn’t sound like future stockings will take place this season. 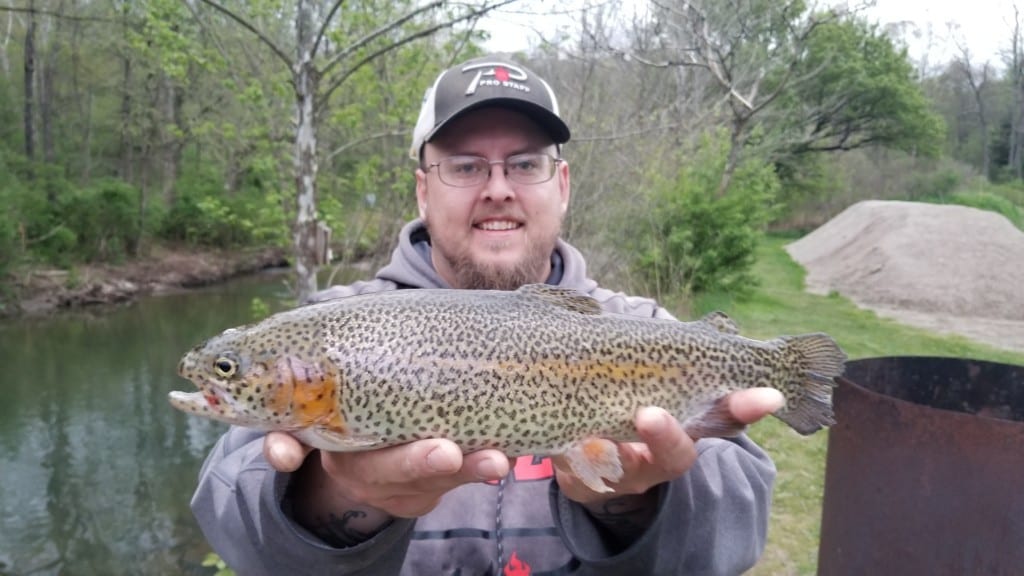