To say it was cold at Montana’s Georgetown Lake would be an understatement. When we arrived on a few feet of ice mid-morning the temperature rang in at -18. As cold as it was there was no wind. It wasn’t that bad, particularly considering we had no shanty and no portable heat. While the bite wasn’t on fire, the trout still bit.

Georgetown is one of Montana’s better-known ice fishing lakes. Anglers travel great distances to drill holes through the ice here. And, for a good reason. The average size trout is much larger than you’d find in many other reservoirs. While there’s brook trout, and other species, the majority of bites stem from aggressive rainbows, most averaging roughly two pounds, at least on this day. 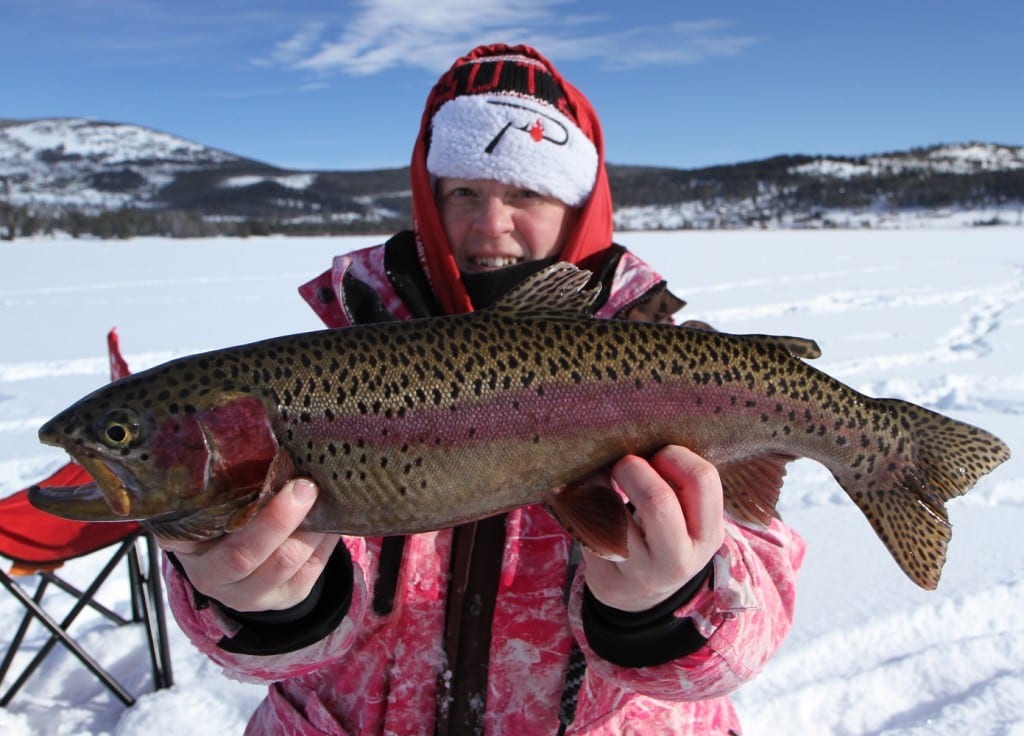 Fortunately, we were able to target Georgetown on a Friday. We dodged weekend traffic. The frigid temperatures kept most anglers at bay, too. In fact, we only saw two other anglers from our vantage point, a far cry from big weekend crowds. Temperatures kept the trout from going on a feeding frenzy, too.

On the other hand, we ended up landing more than a dozen in a half-day’s work, all of which were released. We caught another half-dozen that were about 10 inches, but we didn’t add those to our tally or show on film while notching another episode of Pautzke Outdoors in the books. This was the coldest episode we ever filmed, although the temperature rose to zero a few minutes before the sun set. 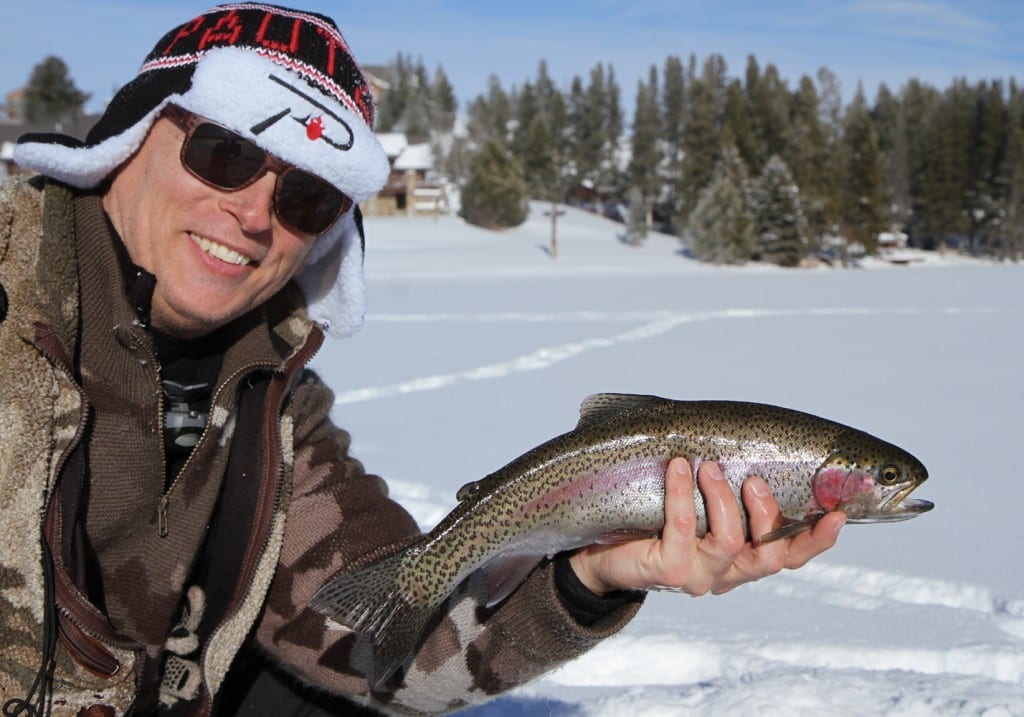 We focused on mostly five to 15 feet of water. Within 20 yards of the shore, and in fewer than seven feet of water, action was few and far between. Meanwhile, the fish we did see in this zone were larger brook trout. We know this because Kyle McClelland peeked through a hole for a few hours trying to catch a larger fish. He hooked a five-pound brook trout and lost it at the hole. That was one of two fish he hooked in the shallows in two hours. 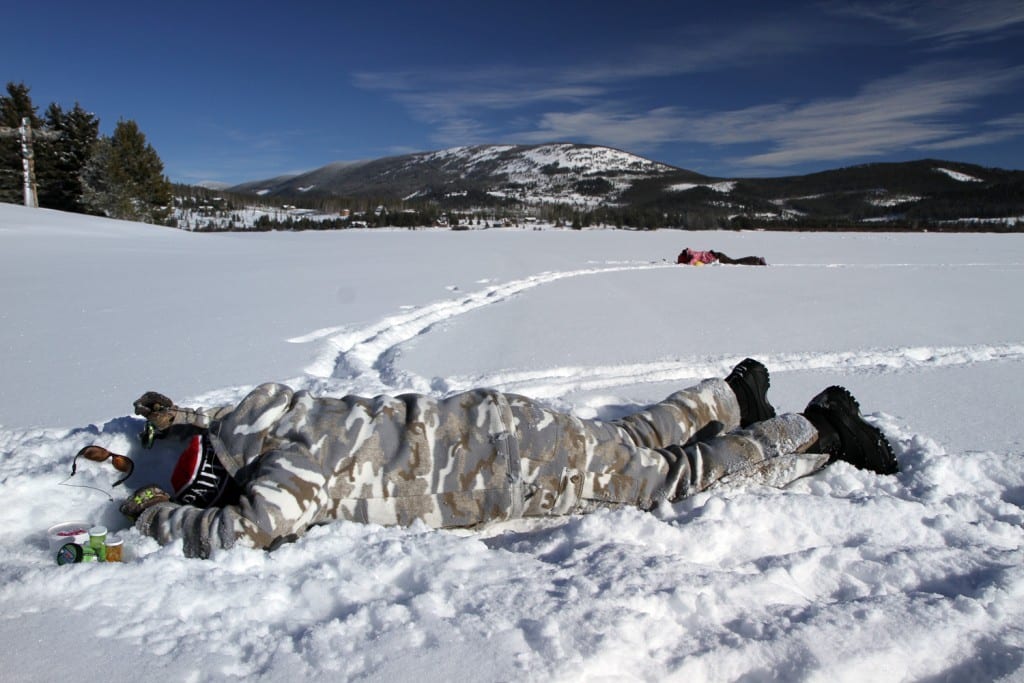 More consistent action came in deeper water, at least 50 yards offshore where we dropped jigs tipped with maggots, Fire Corn and Pink Shrimp and Chartreuse Garlic salmon eggs. Without tipping the jigs, no bites came. When tipping them we caught more than a dozen up to almost five pounds. We didn’t find many suspended trout. Most were pinned to the bottom. 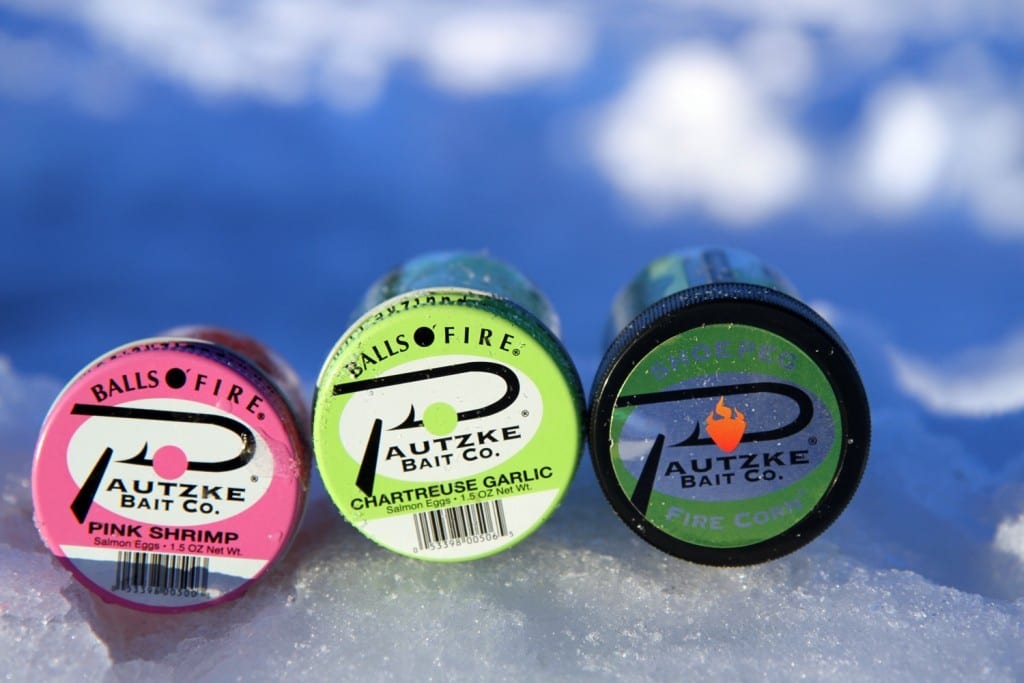 Not surprisingly, action came in flurries. At times, we went an hour without a bite and then caught several in a few minutes. The biggest bump came at sunset when bites came frequently. Meanwhile, as the temperature began to again plummet we retreated to the car, turned on the heat and called it a day. 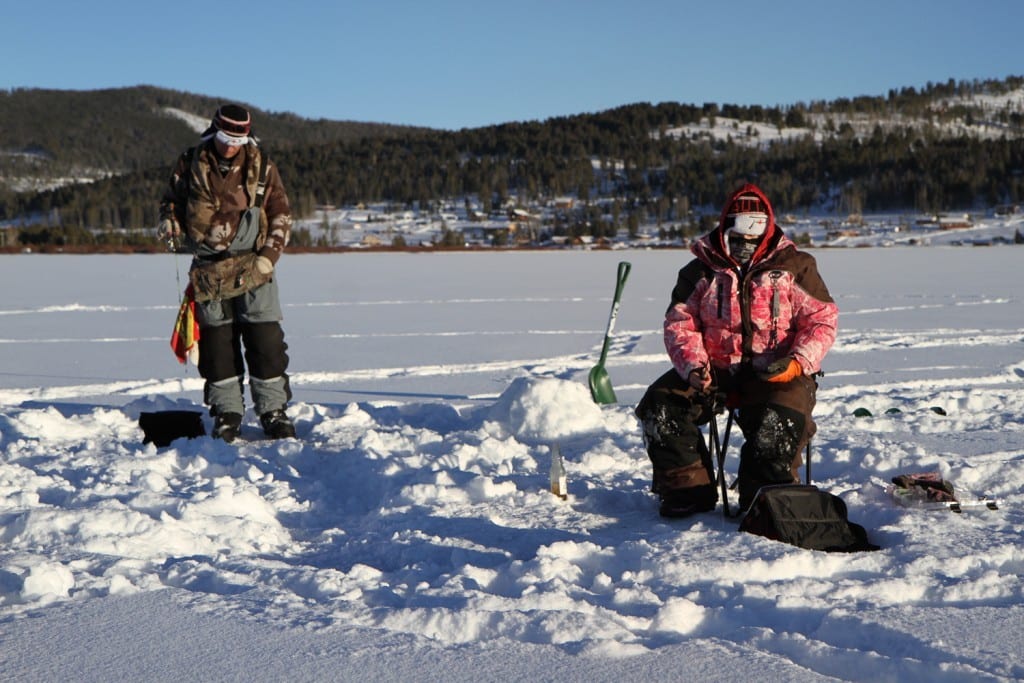 Editor’s Note: Georgetown Lake is roughly an hour and a half from Missoula and an hour from Butte. 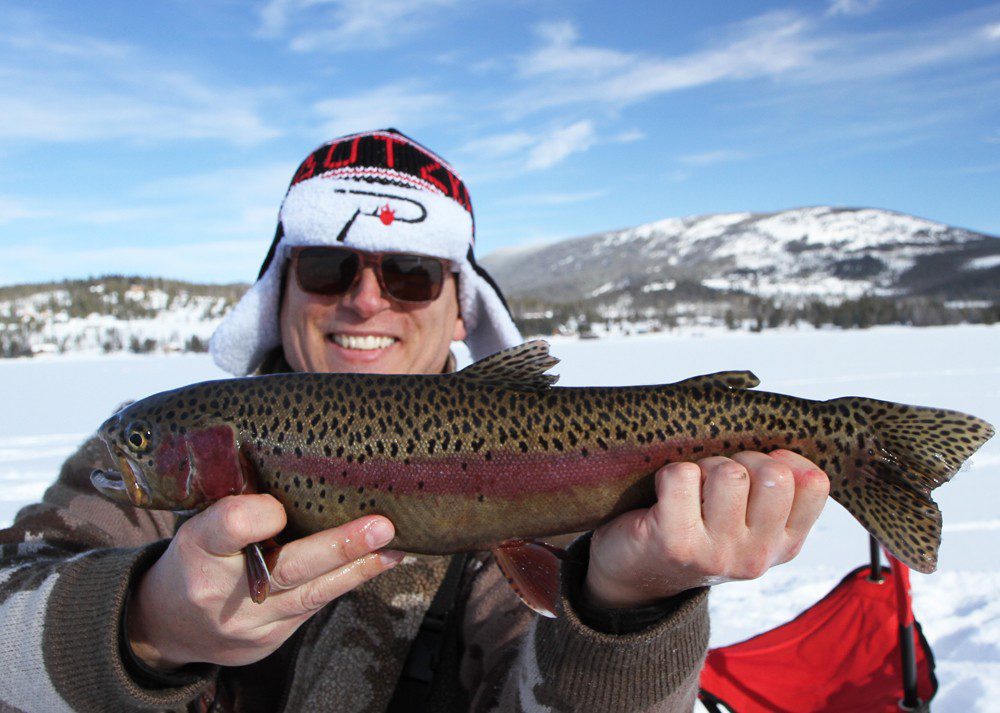