While much of the country is struggling to keep safe ice, most of Montana isn’t having that problem. In fact, in the northern part of the state it’s been a fantastic ice-fishing year, which we couldn’t say last season. The last holes we drilled extended nearly two feet. Anglers have welcomed it. Barring a major heat wave there should be suitable ice through February, at least.

We spent a week filming Pautzke Outdoors on various lakes in Central Montana. While the state is littered with world-class scenery we’ll never forget the Sweet Grass Hills. Only feet from the Canadian border, the small range is littered with ponds that maintain year-round populations of trout. We caught them from 10-inches to several pounds. Some were at roadside, public waters. Others we needed snowmobiles to reach. And, there was one lake where we got four-wheel drive trucks stuck in the snow and had to turn back.

Montana anglers are no strangers to the cold. And, it was frigid while we filmed. But the larger culprit was the wind. Most days, 20-30 mph winds amplified winter temperatures. Still, even when the wind blew and temperatures hovered in the teens, the trout bit. The bites weren’t fast and furious. However, patient anglers can easily land limits. Not surprising, all the trout we caught were rainbows.

Action came on two baits: live Chartreuse Fire Dye worms and Fire Bait. The trout hit both. To be honest, neither was a hotter bait. We had spurts on each. Most days when we first started the Chartreuse Fire Dye worms worked right off the bat. However, it was so cold they froze on us and weren’t too lively, although they still got bit. Some of the worms died, but we still caught fish on them as the chartreuse color drew in fish. 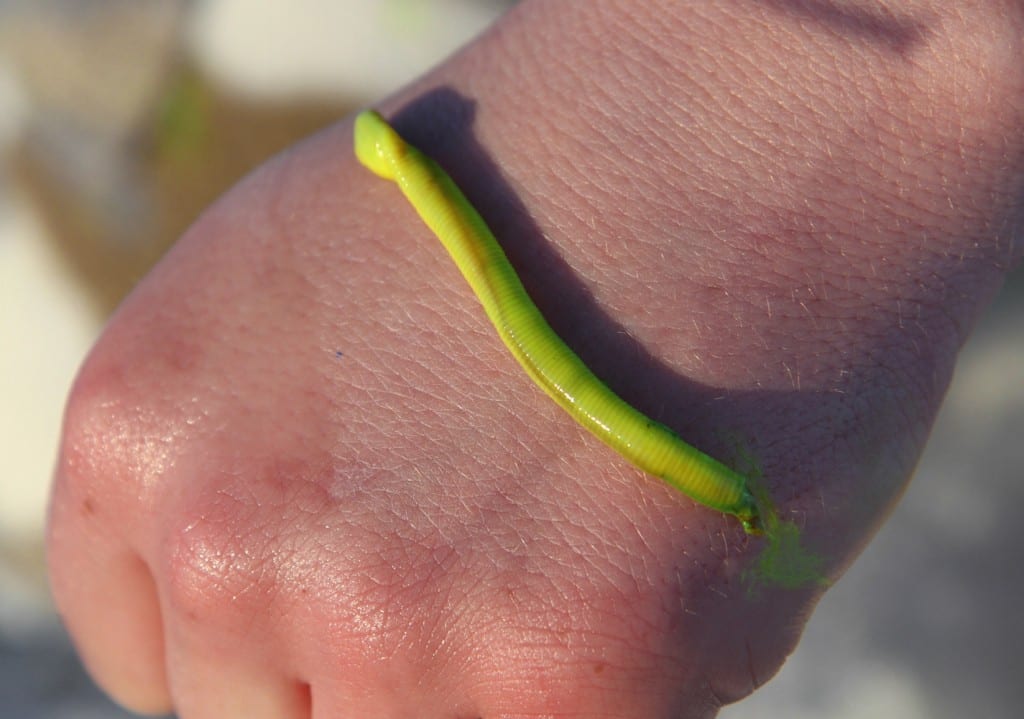 The Fire Bait (we used Rainbow & Atomic Garlic) worked well fished on jigs. Even though we used jigs, we didn’t jig them. Instead, we dropped them down the hole and let them sit. The trout swam by and hammered it, even with no movement. It’s important to continue to use light line. If we had better and lighter line I think we would have caught far more trout. Stick with four-pound or smaller. 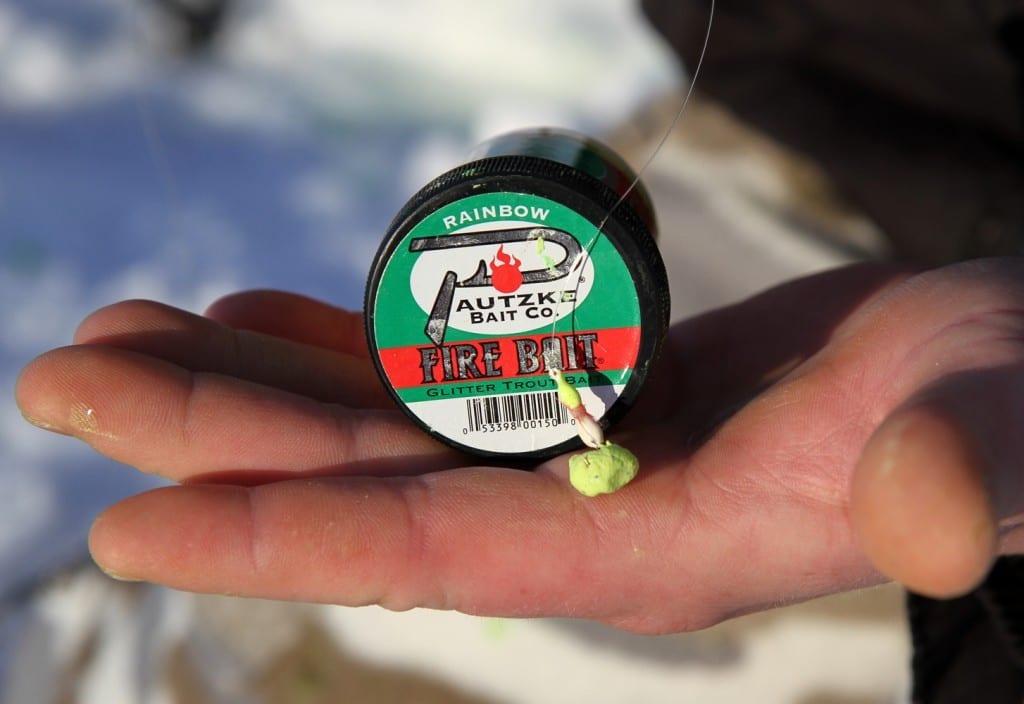