Skip to content
More Salmon Coming To The Salmon River

There’s been a lot of salmon swimming up the Salmon River this season. Most of them came in September and the river was loaded with fish. Right now we are eagerly awaiting another blast of salmon, which could come any day. I think the run will go through October this year. While there has been a lull of fish returning the last week everyone is expecting more fish to enter the river soon.

There are a lot of fish spawning upriver now, but some of the fish coming in aren’t ready to spawn yet and many of them are in great shape still. We had our early fish come in already and are hoping the late fish show up soon. We’ve had rain, we’ve had wind, we’ve had cool and the fish haven’t responded like they normally do. Usually, these things draw some into the Salmon River. 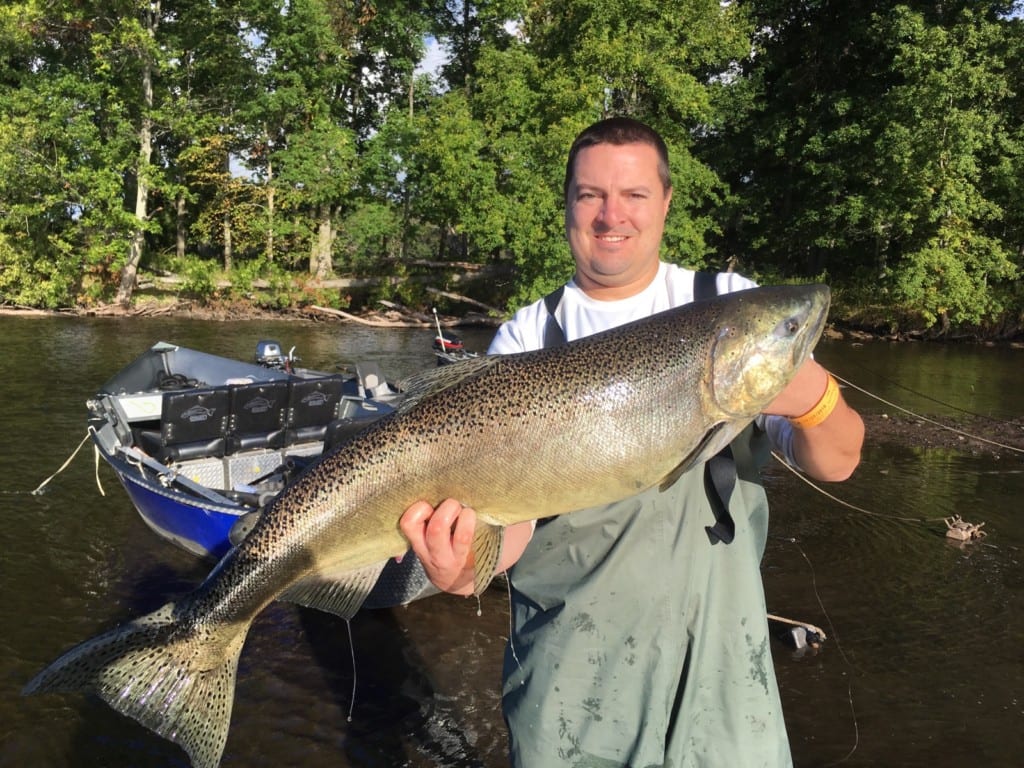 Something is keeping them in the lake still. And yes, there’s absolutely fish in the lake. There’s a lot of fish out there. The guys fishing out there are seeing salmon jumping everywhere. There’s still a lot of fish to come in the Salmon River, but for some reason the biological clock is keeping them out there. We caught a ton of big fish in the lake late this summer. Those fish haven’t entered the river yet. They need to come soon.

It hasn’t been a big fish year, but there’s a lot of quality out there. There’s not a lot of really big fish, but we do have a lot of 15-18 pound fish. We have a lot of two-year-old fish come in the river this year. However, yesterday we caught a lot of three-year olds. We aren’t seeing a lot of four-year old fish. Meanwhile, I had a fish yesterday that was 41 inches long and 28 pounds. That’s largest we’ve caught this season. 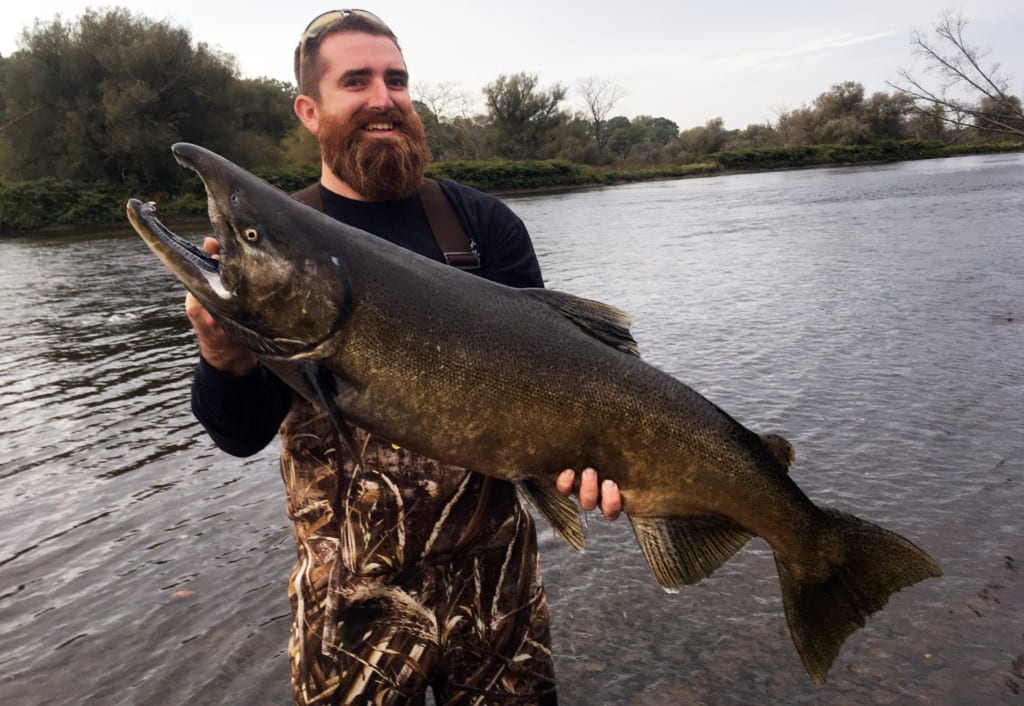 I would say salmon are equally spread through the river right now and we are hoping more are coming. We are all hoping for a good run of salmon in October. In fact, we are anticipating a large run of fish into the river any day now. They are out there in Lake Ontario, but something needs to trigger them to come upriver. I truly believe there’s a pile of fish out there. The first two weeks of October are normally prime time. I think they are just late this year.

Normally, I don’t run a lot of skein because many of my clients are fly guys, but this season I’ve been fishing more skein than I ever have. I’ve been using some Natural Fire Cure, but the salmon prefer the Pink or the Red Fire Cure. I’m running skein only when fishing deep holes. 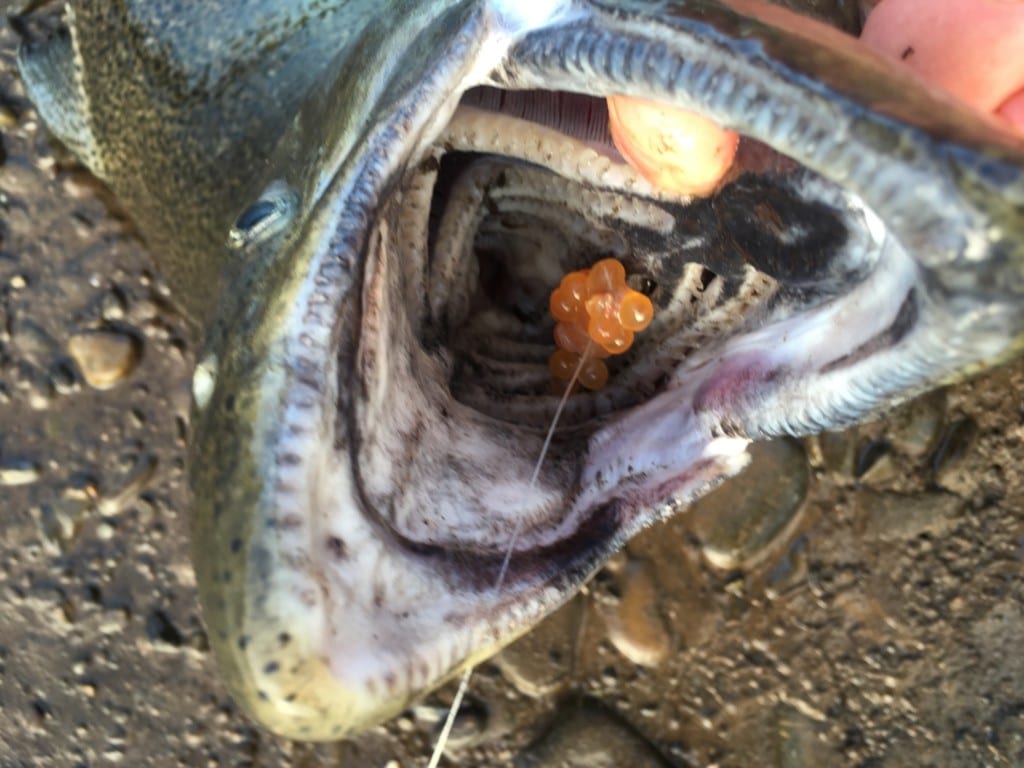 When fishing riffles I’m running egg pattern flies and Chartreuse Anise, Chinook or the Gold Garlic Fire Balls. With the Fire Balls I’m dead drifting them on a No 10 Mustad 37132 hook with Maxima 10 or 12 pound fluorocarbon leaders. 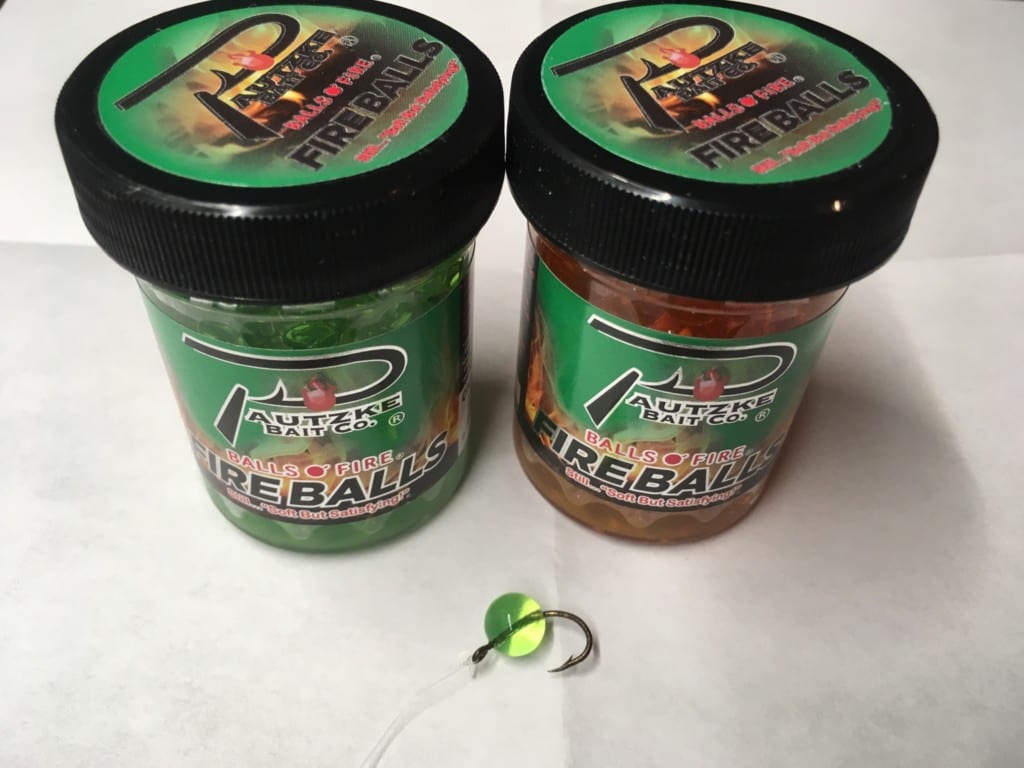 *Special Note: We understand many anglers are having trouble finding Fire Balls. Locally, Fat Nancy’s, All Seasons and Bass Pro carry them. They are available online from FishUSA.com and Pautzke.com. 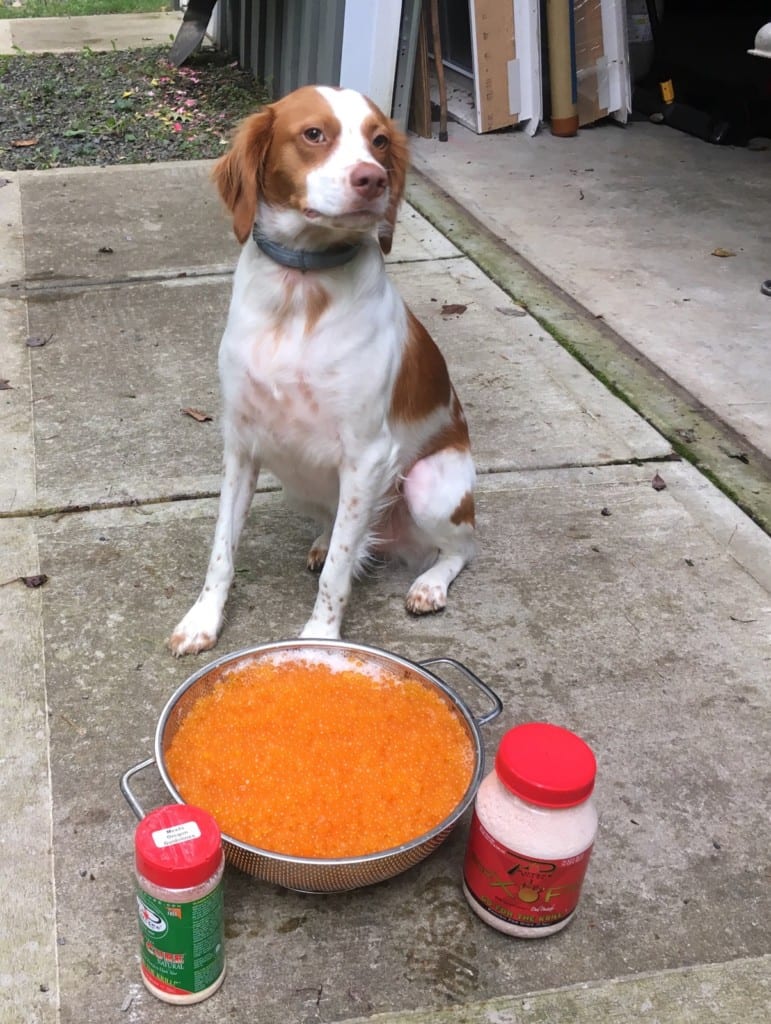