We’ve been hoping for a significant rain for a long time. Prior to this storm the lake’s tributaries were mostly running low and clear. Some of them have been too low for fish to access. With this rain every tributary on Lake Ontario will see its share of fish. Some of the creeks had been so low that there was no outflow, but that has changed. The rains have drawn salmon into all systems finally. 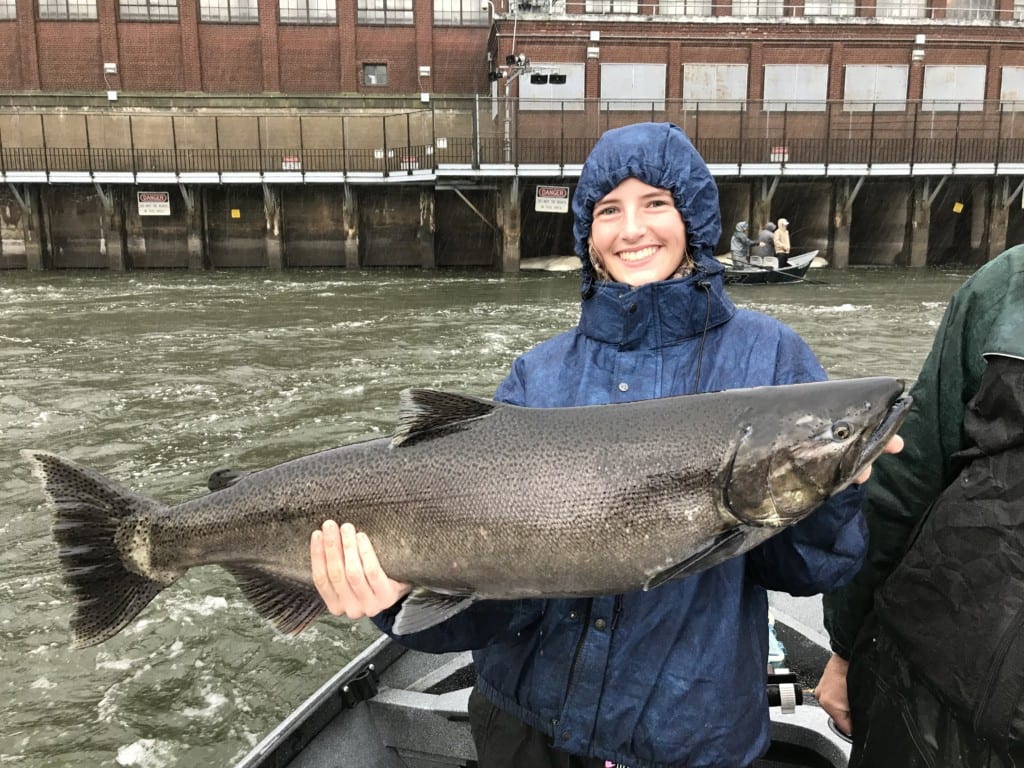 All the major rivers that haven’t had fish for the past few weeks due to the low and warm water now have salmon. This includes Oak Orchard, Burt Dam, Genesee River, Oswego River, Salmon River, Black River and many other systems. Many anglers are wondering how long the run will last. With the dry and warm weather that we’ve had I’d say we have other week or two of good salmon fishing. Salmon will still be available through the month, but the best fishing will take place in the next 10 days. 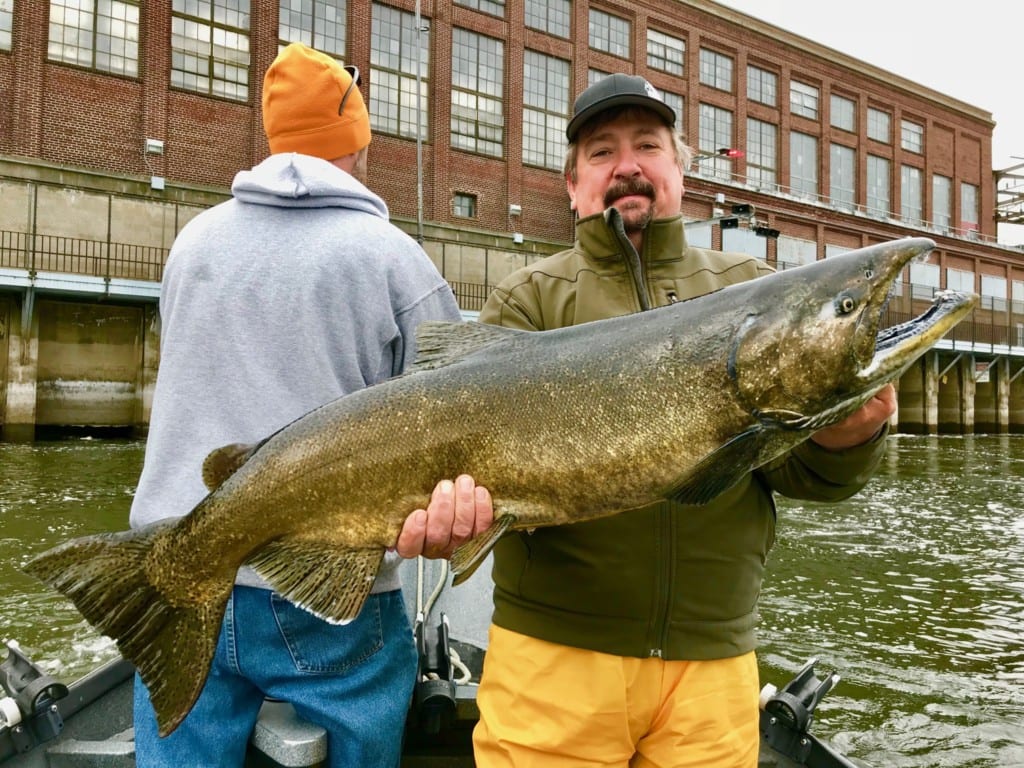 Every system provides ample bank access to anglers. Salmon roe cured in Pink and Red Fire Cure has been our staples for high and dirty water. As the water clears and recedes Pink and Natural Fire Cure seem to fish better. In the turbid water we like to use golf ball size chunks of eggs. However, as the water recedes we like to drop it back to almost the size of nickel. 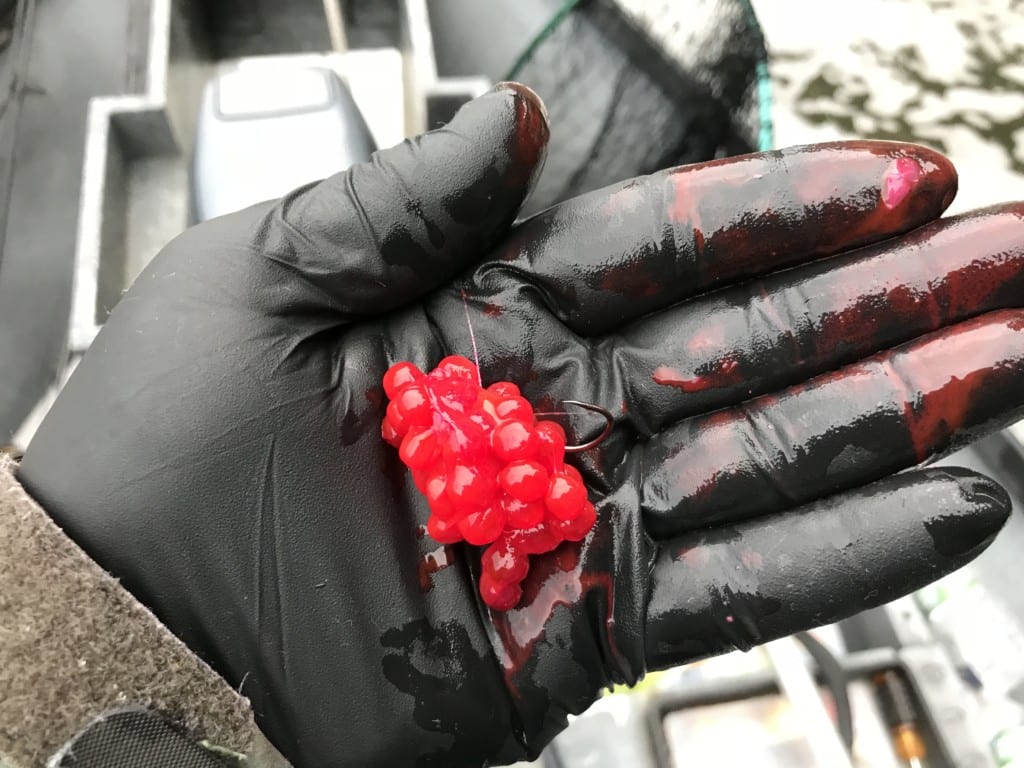 The Salmon River is New York’s most popular system. It’s the most heavily fished in all the Great Lakes. Anglers from all over the Northeast and beyond flock to the Salmon River just to catch salmon. Locals have used the word epic when talking about this year’s salmon run. The system has been receiving salmon since the first week of September. Fish have continued to enter the system for more than a month now and there’s no sign of stopping. The river is loaded with salmon. The general consensus is that there should be one last big push of fresh fish after the harvest moon. Now that the Columbus Day crowds have receded there will be plenty of fish and fewer anglers.

While anglers use skein on most New York tributaries it’s not as popular on the Salmon River. For years people have used the Jensen egg and other fake eggs to catch fish. However, this year anglers are discovering Pautzke’s new Fire Balls are a better alternative. I’d recommend trying Fire Balls in natural colors. You’ll catch salmon with them and if there are any trout around you’ll be able to pick those up, too. Unlike the other eggs on the market, which are plastic Fire Balls resemble and smell and feel like an egg. When a fish picks it up they aren’t going to let go. I’d fish the egg on 10-15 pound test line and a number six to eight hook. 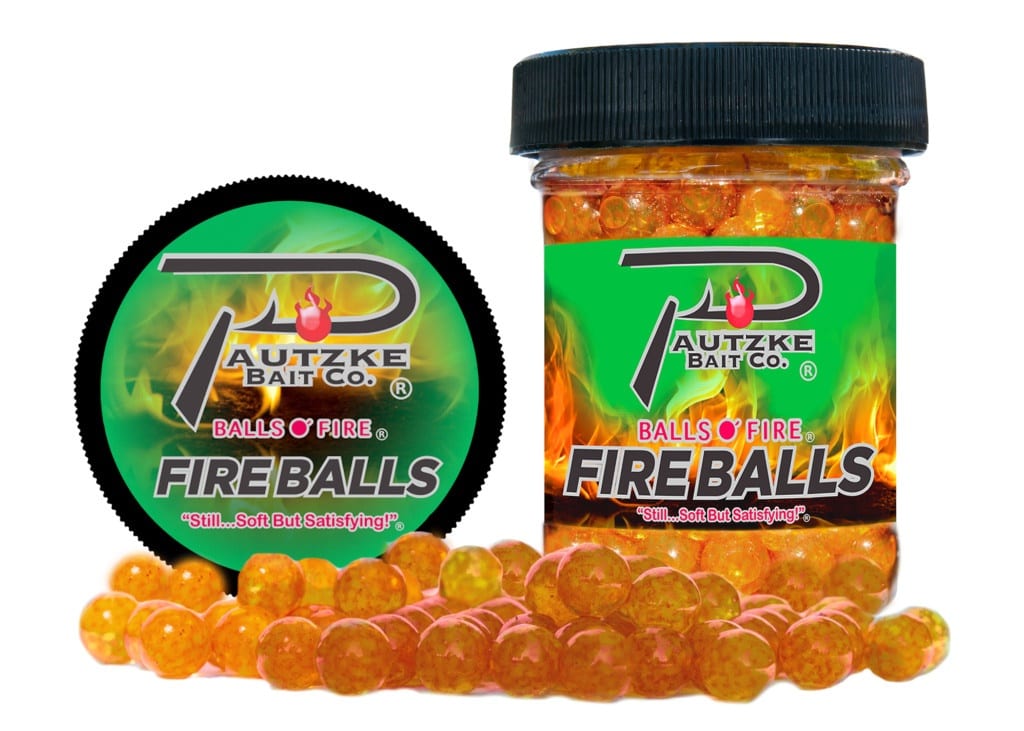 *Pautzke’s New Fire Balls are available locally at Fat Nancy’s and All Seasons and online at FishUSA.com and Amazon.com.