The Niagara River salmon run started slow due to record warm water coming from Lake Erie, which led to a delay in the salmon looking to return to our river. The beginning of our run took a hit because of record warm temperatures. However, at the end of the September we got some cold nights and cold rain, which dropped the water temperatures to a level where salmon could survive.

Meanwhile, the last two weeks has been very good. The salmon have pushed up the river and there’s still a lot of fish that are silver which tells me the run is going to last longer, but we don’t really know.

The quality of fish has been excellent. The fish that are showing up now are in good shape and they are larger than average. We are seeing a lot of fish in the mid twenties daily. There’s no way of telling what the numbers of the run are, but based on the numbers of fish that we had staging in Lake Ontario in August we would have to assume there’s more fish to come. There’s was a 5-7 mile long school of staging fish out there, which tells us there was a good number of fish out there. 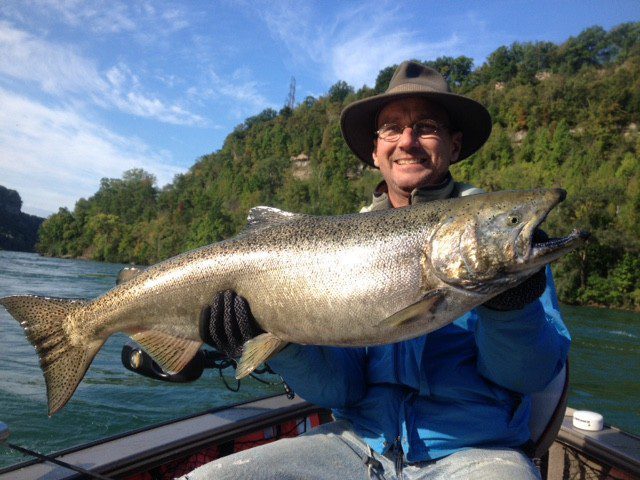 From a boat all the action is centered around Devils Hole. Right now, the preferred method is a three-way swivel setup with 17-pound Seagar fluorocarbon on your main line and leader, a No 1 Gamakatsu tied into a skein loop and a two-ounce piece of pencil lead. I’ve been using both Red and Natural BorX O Fire and red with a little bit of Pink Fire Brine to treat my eggs. We’re bottom bouncing following the contour of the bottom into areas that are holding fish. 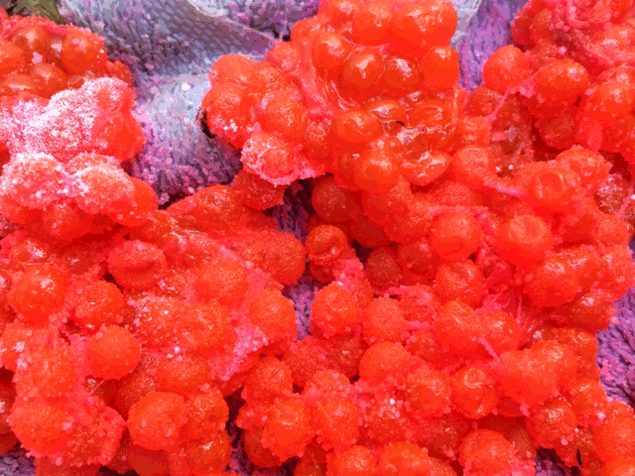 The bank guys have a better opportunity due to the fact that they can fish from Art Park on up close to Niagara Falls. There’s plenty of access on the US due to the fact that the state has improved trails and made platform areas to fish off. The Canadian side doesn’t have as much access, but there are ample areas for people to fish from the bank. Off the shore anglers are focusing on eddies or places where there’s slower water. Bank fishing will continue to be good for several weeks. 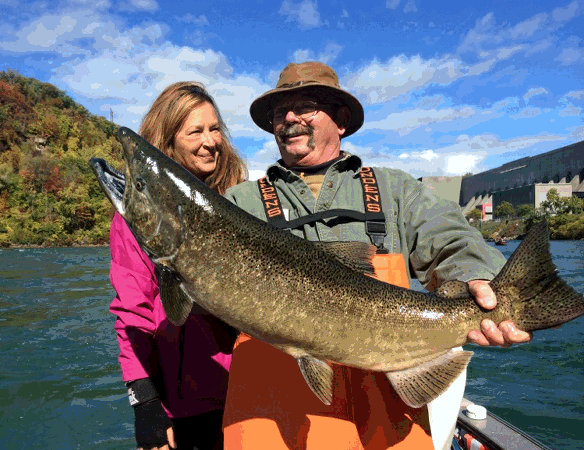 Look for action to be at it’s best after cold nights and a cold rain, which brings more fish in, puts them in a more comfortable setting and stains the water so they aren’t as spooked. I’m not sure how much longer the run will go. However, there’s fish here now and plenty of them for boat and shore anglers.