Even though our March was slower than normal due to Arctic like weather we are looking forward to good spring fishing as weather patterns stabilize and the river gradually warms. I’d say our steelhead run on the Niagara River this year has been average, which is good. Given the current conditions I expect to be catching steelhead through May.

When you can get out fishing action has been good. However, March was terrible. We were caught in that nasty cold snap. We had arctic air, cold water and fish that didn’t want to bite. We were catching big fish, but not many fish. Even though we are still getting that crappy winter weather now it’s starting to feel like spring is coming. My last trip out we caught 10 fish and some good ones. 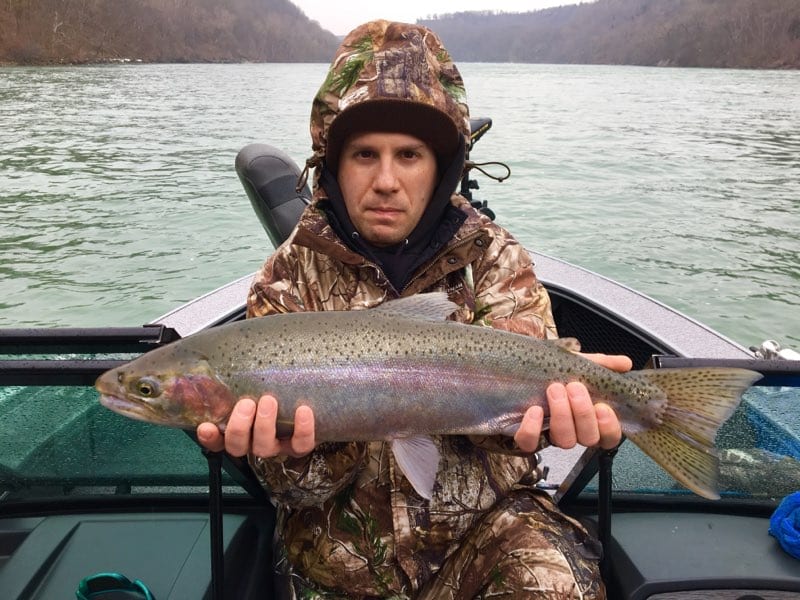 There’s a spattering of lake trout and browns in the river, but right now it’s mostly steelhead. We have good year classes this year and with the recent storms we’ve had an influx of fresh steelhead come in. There’s small fish on up to double-digit size fish to catch. Once our smelt run starts in the next few weeks we’ll see more lake trout in the river, but right now they are an incidental catch.

The water clarity had been extremely clear. With the last couple storms we had it took it from gin clear to milky green, which is exactly what we want. We do best with green water. The fish are ultra spooky in gin clear water. There’s been a northeast wind that’s hit us the last few days, which has made fishing challenging, but that’s about gone now. As it goes away we’ll be getting back on the water. 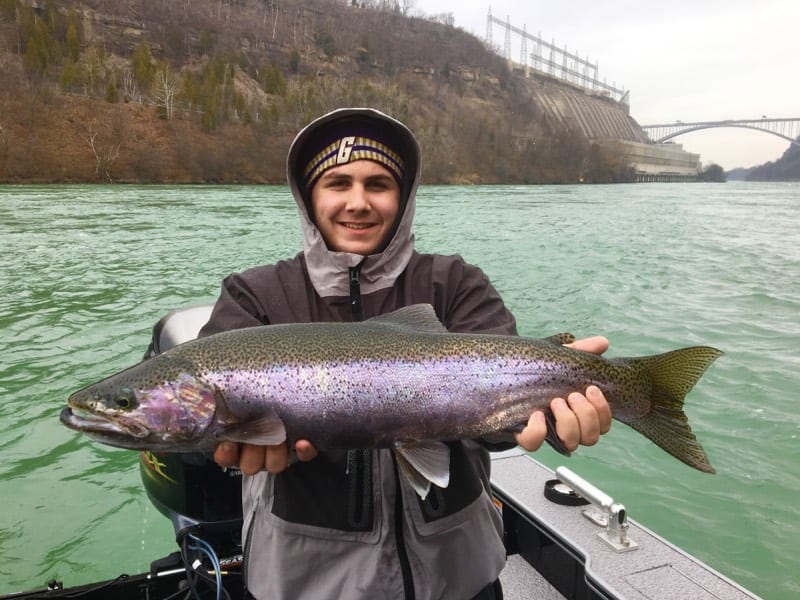 All the drifts are holding steelhead right now and that should be the case until the water starts warming up. As the water warms, which wont be until mid May, you’ll have to start targeting better-oxygenated areas like Devils Hole. Bank fishing has been very good anywhere from Art Park up to the Whirlpool and on the US and Canadian sides of the river. From the bank anglers are using spinners and spawn sacks under a float. 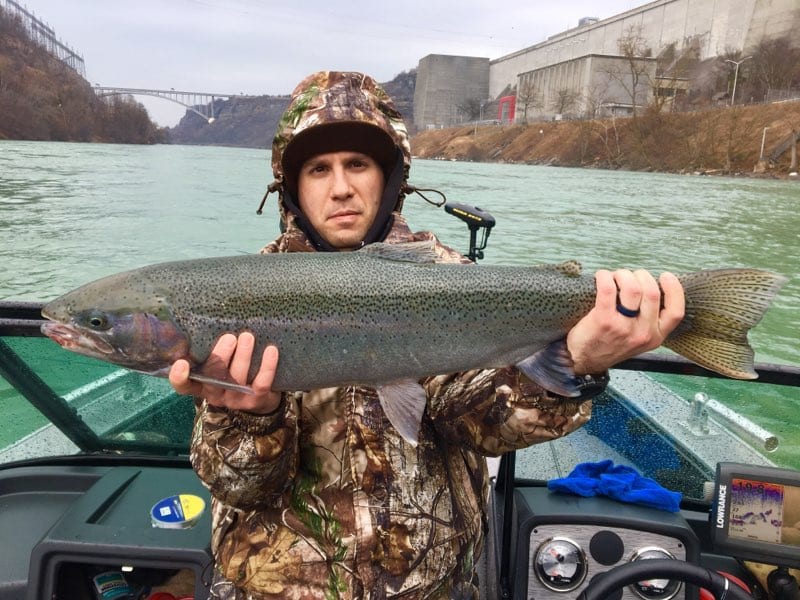 From the boat we’re side drifting with the current and bouncing the bottom the spawn sacks. I’m still using Natural BorX O Fire and some Natural Fire Brine eggs. I’m using spawn sacks about the diameter of a dime and fishing them on a No. 8 or 10 Gamakatsu octopus style hook. In the clear water I’ll use an eight-pound fluorocarbon leader. You can bump up to 10-pound leaders if the water gets some color to it. However, if you are float fishing from the bank there’s no need to run anything greater than six-pound fluorocarbon.