It’s been a great steelhead season in the greater Tillamook area but we had a ton of high water to content with this year. In fact, we had a lot of days where the river didn’t fish. From the first of the year till know we probably only fished 60 percent of the time and that wasn’t perfect conditions. This year I fished a lot of high, dirty water. There were days when I could only see two feet and we had to work hard, but we still caught fish.

Ironically, since the season is winding down our rivers are now in good shape. We are back to normal conditions. Most guys are starting switch gears now as guys are springer fishing the Columbia and Willamette, but there’s still plenty of steelhead down here. The coastal streams of Northwest Oregon (from Pacific City to the Nehalem) will all be still holding steelhead for the next few weeks. 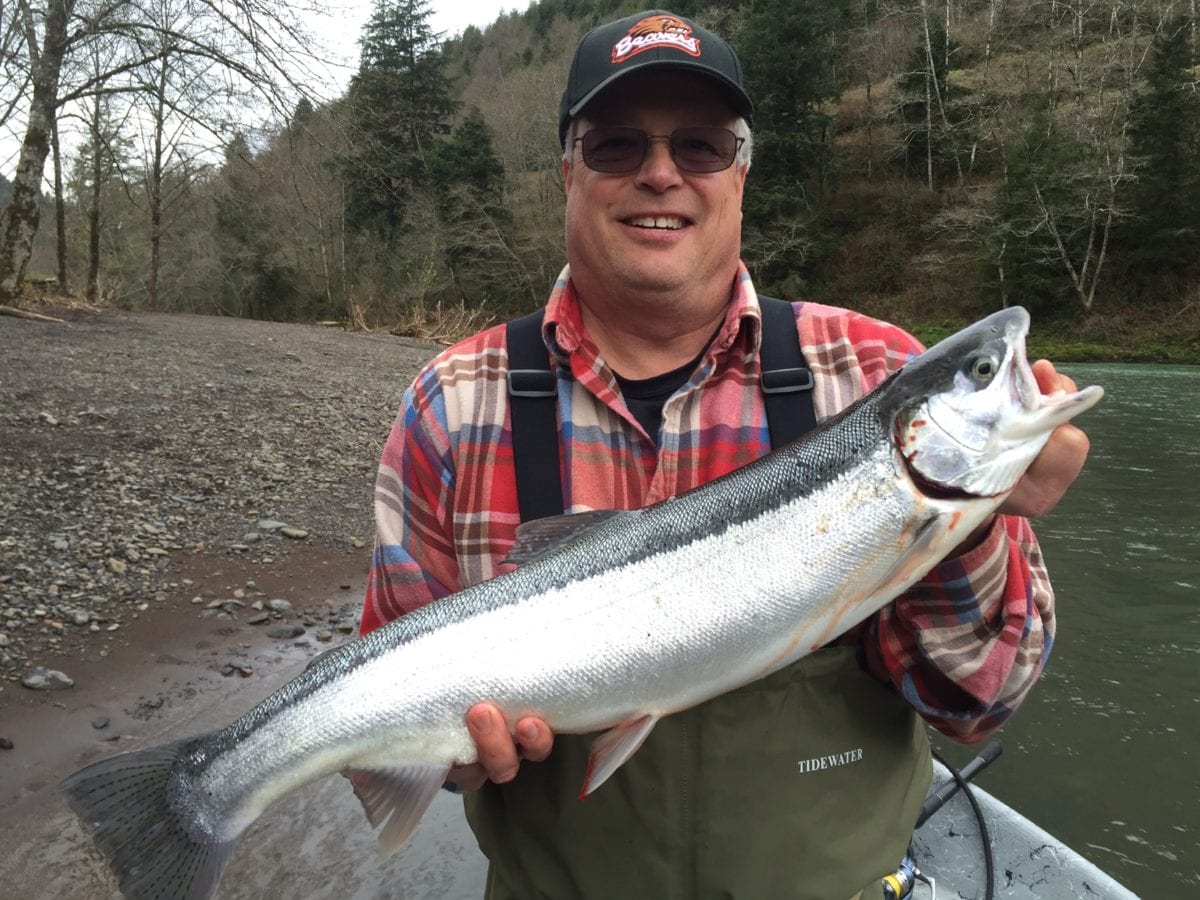 I expect good steelhead fishing for another few weeks and our springers will be here soon, too. Late in the season we’ve been noticing a few more natives, but there are still hatchery fish around. You are going to start to see downriver fish, but they’ll be crossing paths with fresh fish that are still coming in.

Fortunately, the heavy pressure we’ve seen this season is tapering off. However, we are still having good days and will for several more weeks. A good day this time of year would be hooking up 10-12 times. Those fish can range from eight to 15 pounds with the occasional 20 pounder. The largest we caught this year was a hatchery fish that breached 19 pounds. I released a native that taped out at 22 pounds. The big ones come all season. We’ll probably see a few more before the run ends. 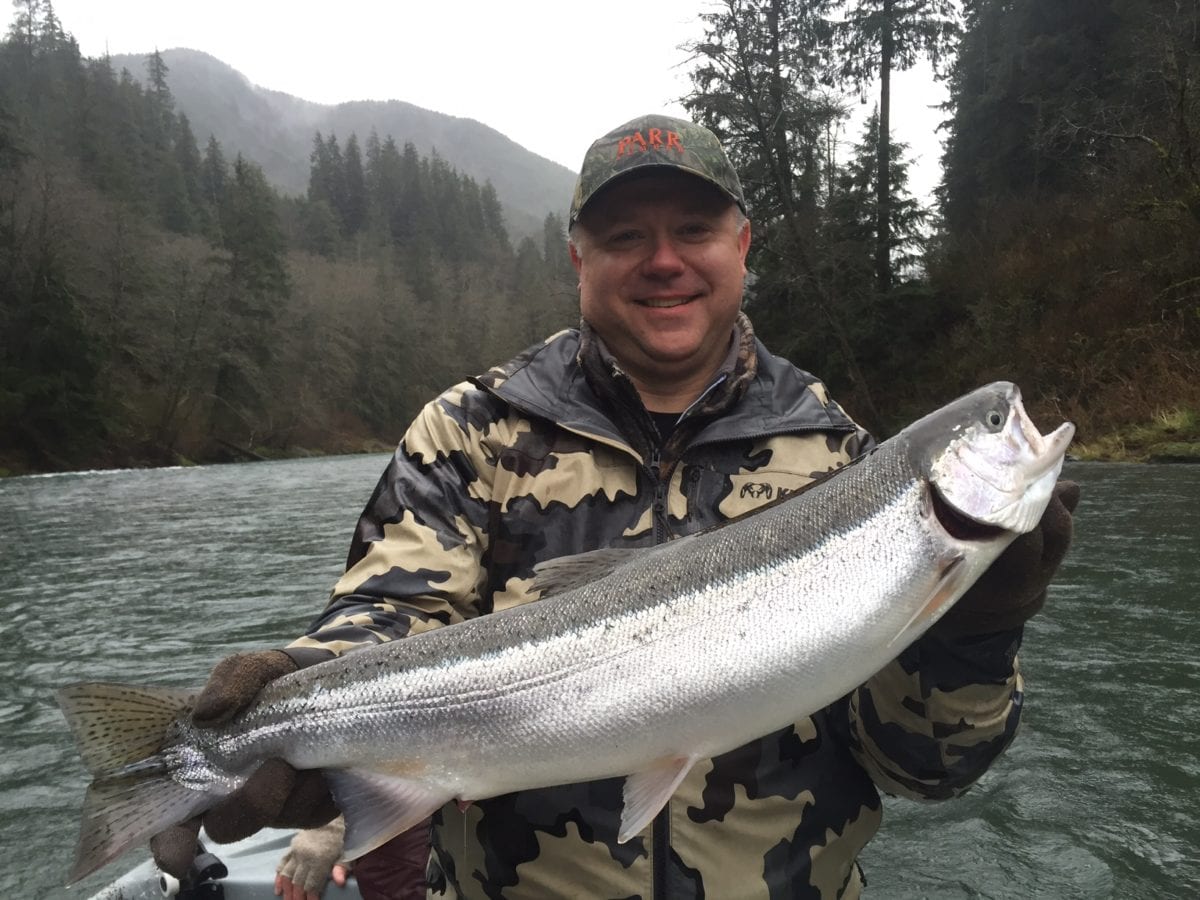 If the water continues to drop and get lower and clearer you want to target faster moving broken water. As the water drops the steelhead will also retreat into larger, deeper, more salmon like holes. You aren’t going to find them in slow water this time of year.

We’ve been using eggs all year, but when the water was higher pink and red were my go-to colors. On the other hand, late in the season Natural BorX O Fire is the ticket. With downriver fish and fish that have been in the system for a few months, they don’t like a hot egg. Instead, they prefer a mild egg rather than colors, which is why a natural egg is so popular late in the season. Also, I always use Fire Power in my egg cure because these fish are big krill eaters being so close to the ocean. 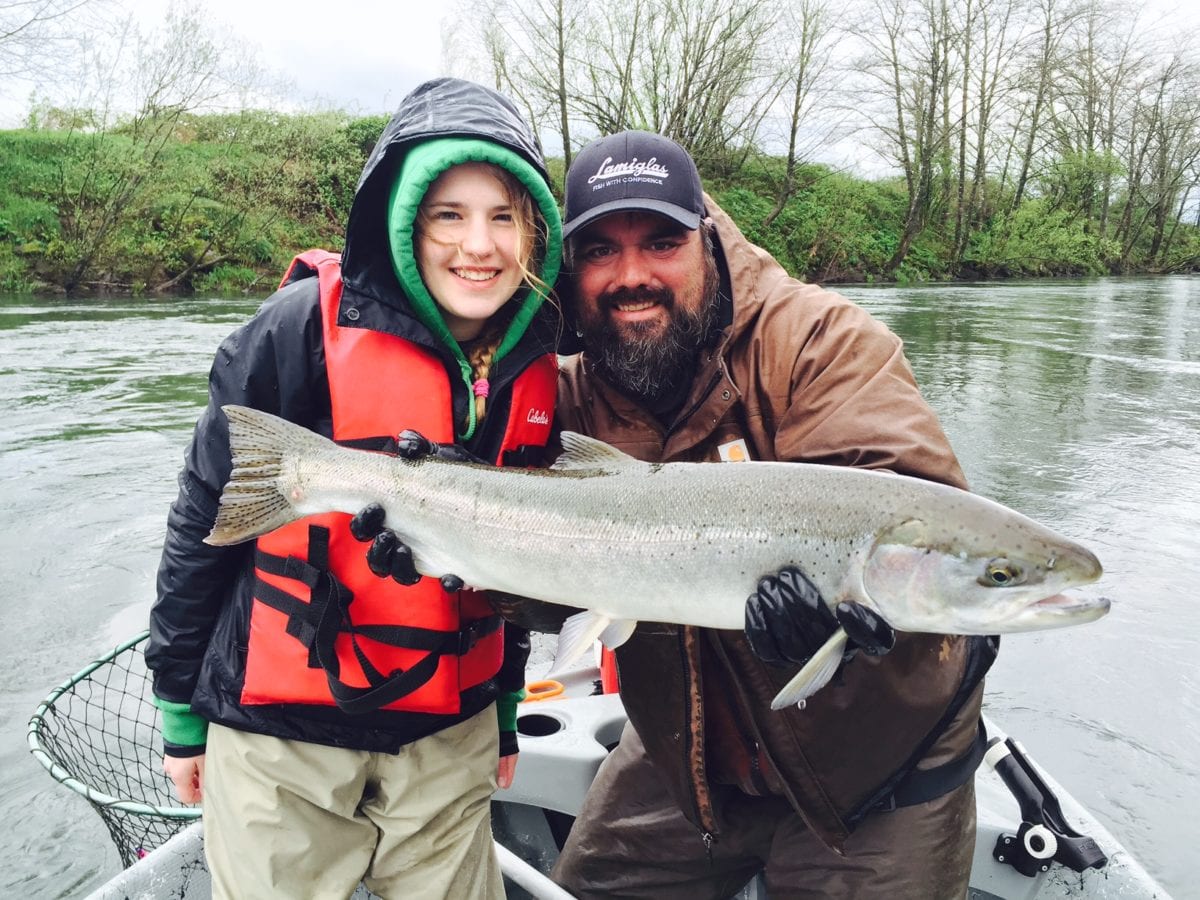 In addition to natural eggs we’ve also been downsizing our line. I’ve been using 8-pound fluorocarbon. You’ll get more hook ups this way, but you’ll break some off because it’s light line. This time of year when the sun is out more and the water is clear it’s important to stay stealthy because the steelhead can get spooky.