Our typical spring pattern has settled in on the Salmon River and as normal there’s a plenty of drop backs in the system. The hatchery is done with their egg take and those steelhead are dropping back out of the hatchery. There’s a ton of them up here and as they leave it’s like the river gets restocked.

On the other hand, they aren’t all drop backs. We still have spawners, but a majority of the fish in the river right now are on their way back to Lake Ontario. There’s more fish at the hatchery this year than last year, which is a good sign for our spring steelhead season. We didn’t have a great winter bite, but some of that could have been attributed to high water we faced in January and February. These fish blew through the system during that time and now we are seeing them return to the system. 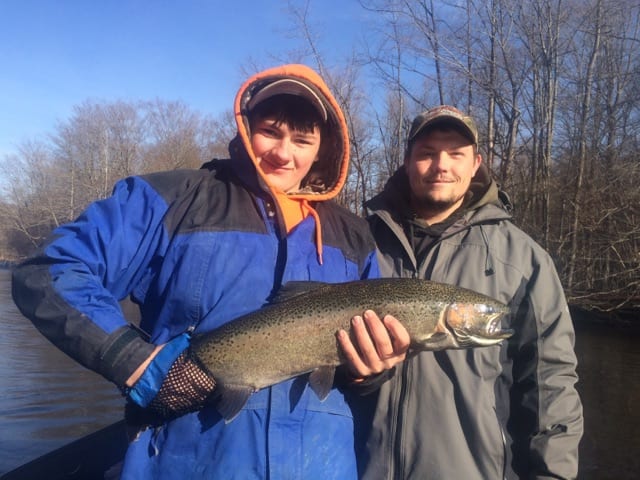 A few weeks ago we thought the season was going to be over early because it was so warm and there was no rain in the forecast. However, we’re expecting temperatures well below normal the next two weeks, which is cool enough to keep the fish in the system. I’m thinking fishing is going to be good through the month of April.

In April we’ll have more drop backs coming out of the hatchery and some of the small tributaries. Drop backs bite pretty good and with a drift boat you can cover a lot of water and find active fish. I’d say five steelhead in the net is a good day if you’re in a boat. 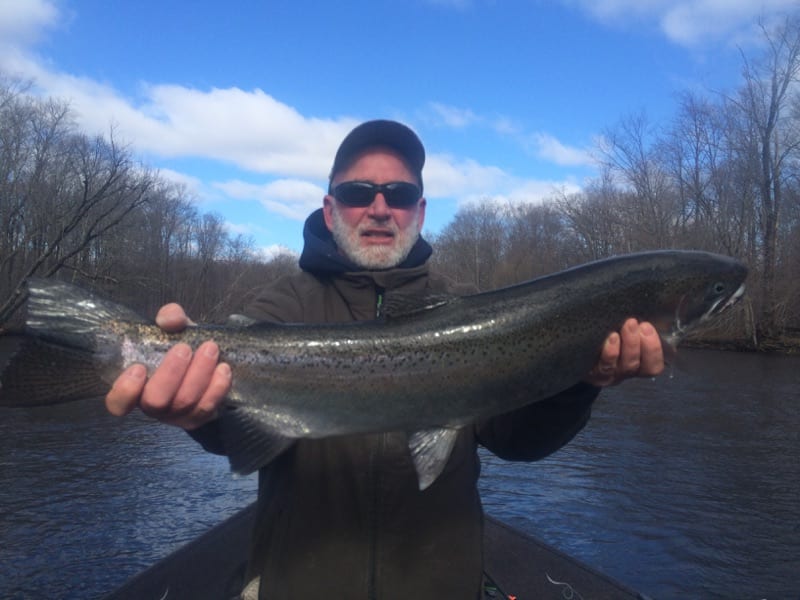 Bank action varies daily. Meanwhile, this is a good time of year for bank anglers. The steelhead are coming out of the hatchery, which is in the upper river and then dropping down into the lake. There isn’t one section of the Salmon River fishing better than others. Right now the entire river is fishing well. The fish are on the move daily as they drop back into the lake. 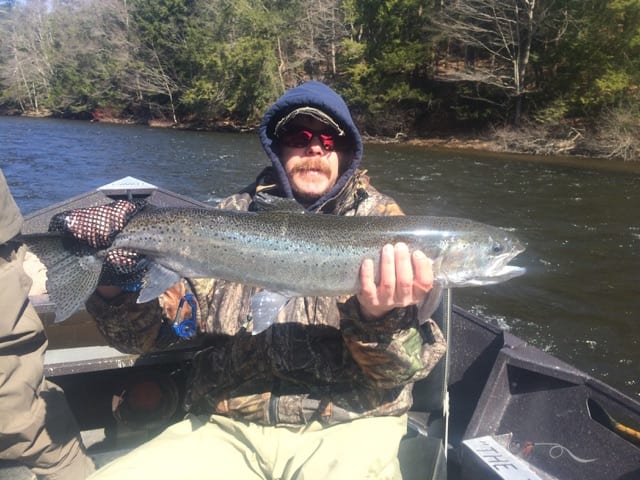 This time of year I plug the bigger holes because I can cover water and then we cast eggs in the seams and the pockets. This way we cover all the water that may hold fish. I’m not fishing skein right now, rather loose eggs tied in chartreuse netting that are cured in Natural BorX O Fire. The chartreuse netting is good when there’s rain. However, when the water is clear white and blue is better. I’m fishing eight-pound Maxima Ultragreen as a mainline and six-pound fluorocarbon leader, at least when I’m fishing bait. 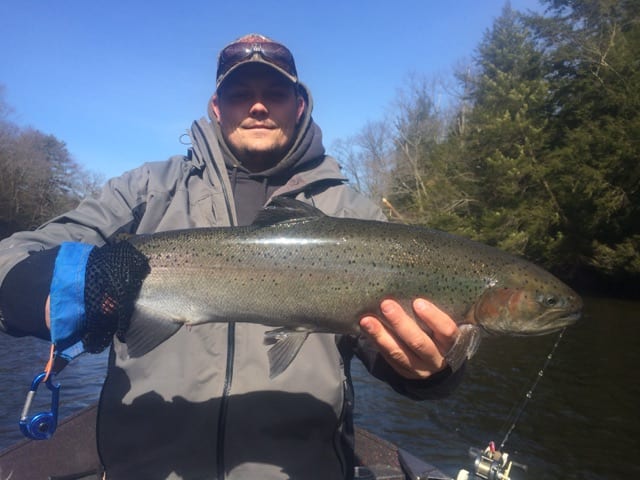 Yesterday the water rose into the lower 40s. When that happens the bite turns on. Once the water gets into the 40s they are more active and will hit plugs, spinners, worms and other things. Hot Shots are the norm, but I’m also pulling Yakima 2.5 MapLips. However, when we find spawning fish on the gravel I’ll use J-9 Rapalas. 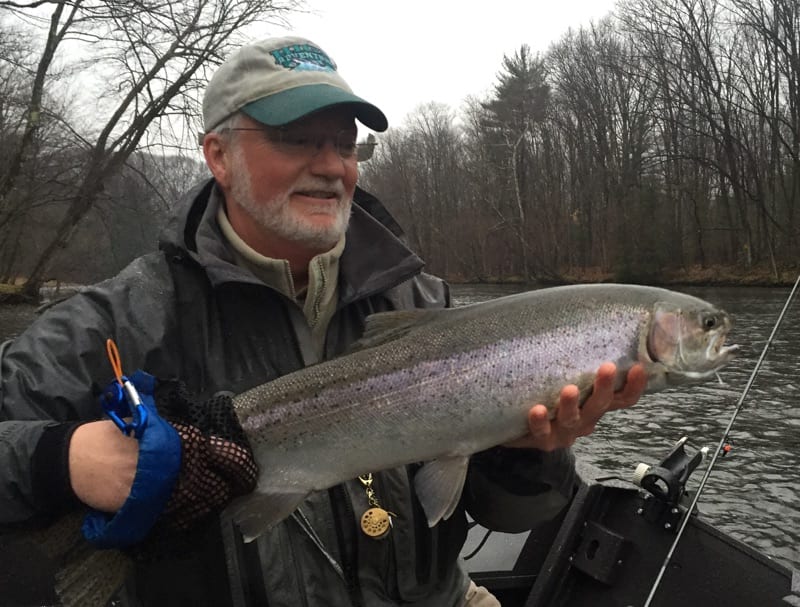