It’s fall salmon season on the north shore of Lake Superior where we are enjoying another consistent Chinook run on the Nipigon River, our most popular river, and many of the smaller, lesser known tributaries. There’s nothing more beautiful than wading a river amongst the fall colours of Northwestern Ontario and fishing fall salmon. This setting is near paradise.

While the fishery on Lake Superior has been up and down in recent years due to a large fluctuation in water temperature, our rivers are on par with years past. Keep in mind even though the salmon could be challenging to find in the lake those fish are going to go up the river no matter what in the fall. We are in the thick of fall salmon season right now. However, things will start to peter off by late October. Then the focus turns to fall steelhead. 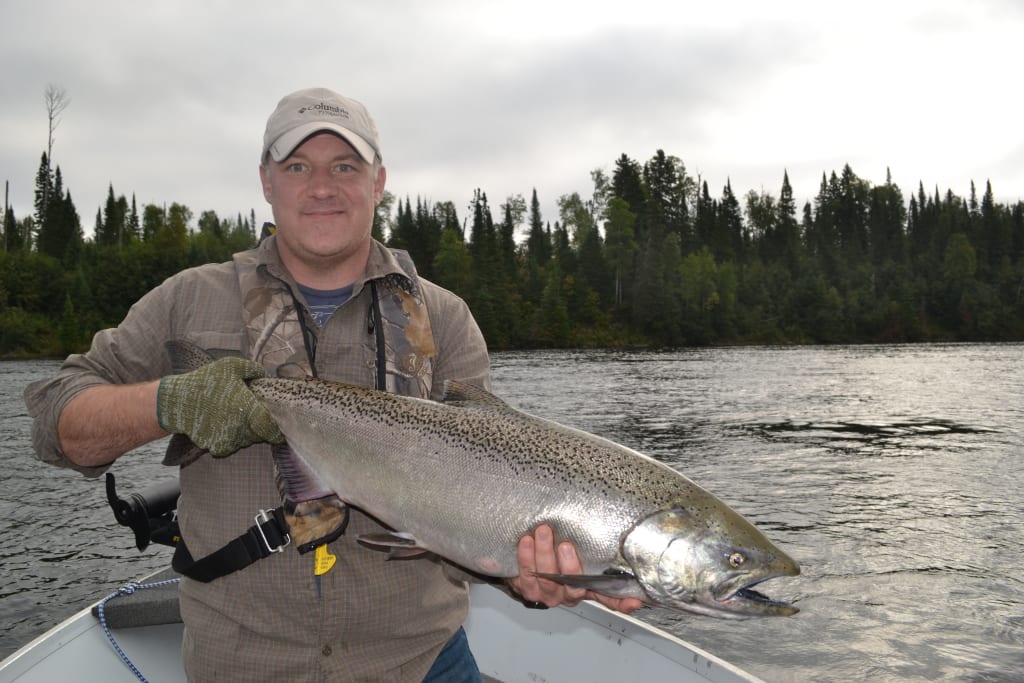 Despite smaller fish in the lake, the mature spawners will return to the river in the fall. In fact, we’ve caught them up to 16 pounds this fall, which is large for this area and much larger than any fish I’ve caught in the lake. Salmon fishing in rivers has been steady lately. There’s a healthy run of Chinook, pinks and a few coho’s in the mix.

Meanwhile, the average size salmon caught in Lake Superior seems to be smaller than we are used to. The Thunder Bay Salmon Association hosts a salmon derby every summer. This year the largest fish this year was 8.91 pounds (which is about half a pound bigger than last year). I’m not sure why the average size seems down, but do know within the last few years the salmon numbers and size in Thunder Bay seem to be decreasing. It may be due to being exposed to wind, which blows in cold water and drastically reduces water temperatures. 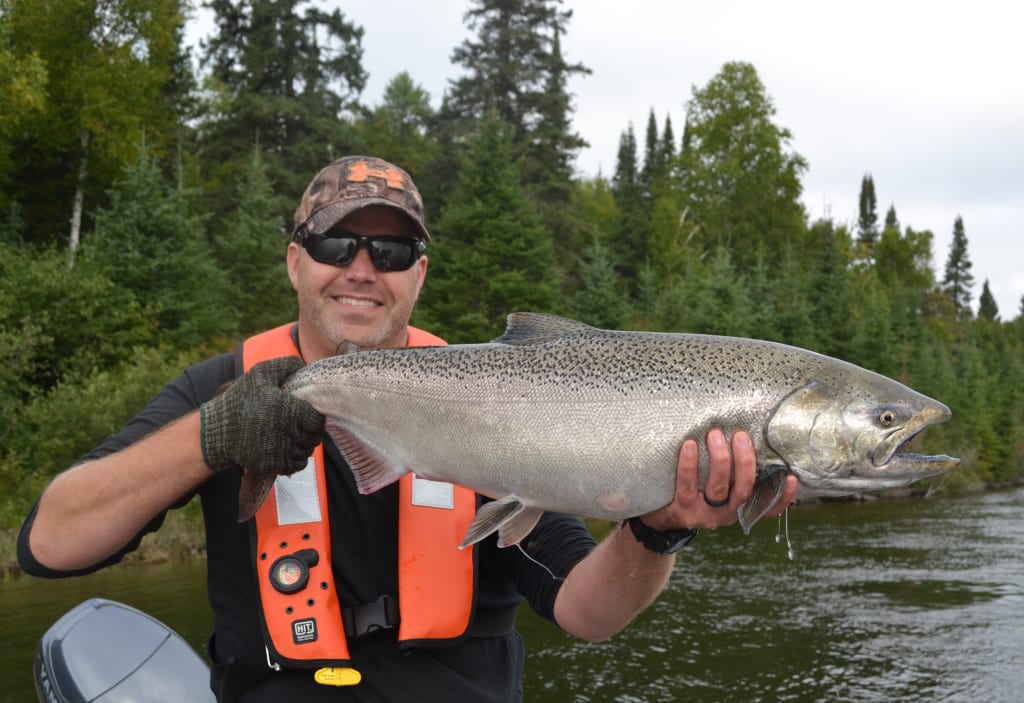 With water temperatures in this portion of the lake rarely rising above 60-65 (F) it may make it less appealing to salmon. Consider anglers have done quite well on another nearby bay, Black Bay, which is a shallower, more sheltered bay and seems more appealing to salmon. Less drastic weather next year will surely improve our bite.

Targeting these salmon in the rivers is straightforward. Most of us float fish with salmon roe cured in Fire Cure and BorX O Fire. We use the same approach for the salmon and steelhead. I made a video on how I cure my roe for salmon and steelhead that can be found here: https://www.youtube.com/watch?v=dLaaSQZZyjQ.

On a side note, a few weeks ago before brook trout season closed in early October I fished the Current River, a river that flows through Thunder Bay. I borrowed a technique from this summer’s trip fishing with Pautzke’s Chris Shaffer near Nashville, Tennessee, where we drifting single Gold label salmon eggs on tiny hooks under a tiny float. I caught a number of small, but beautiful brook trout and even a young rainbow on the Current. This is a good sign that steelhead are breeding in this river; one they haven’t been terribly successful in lately. 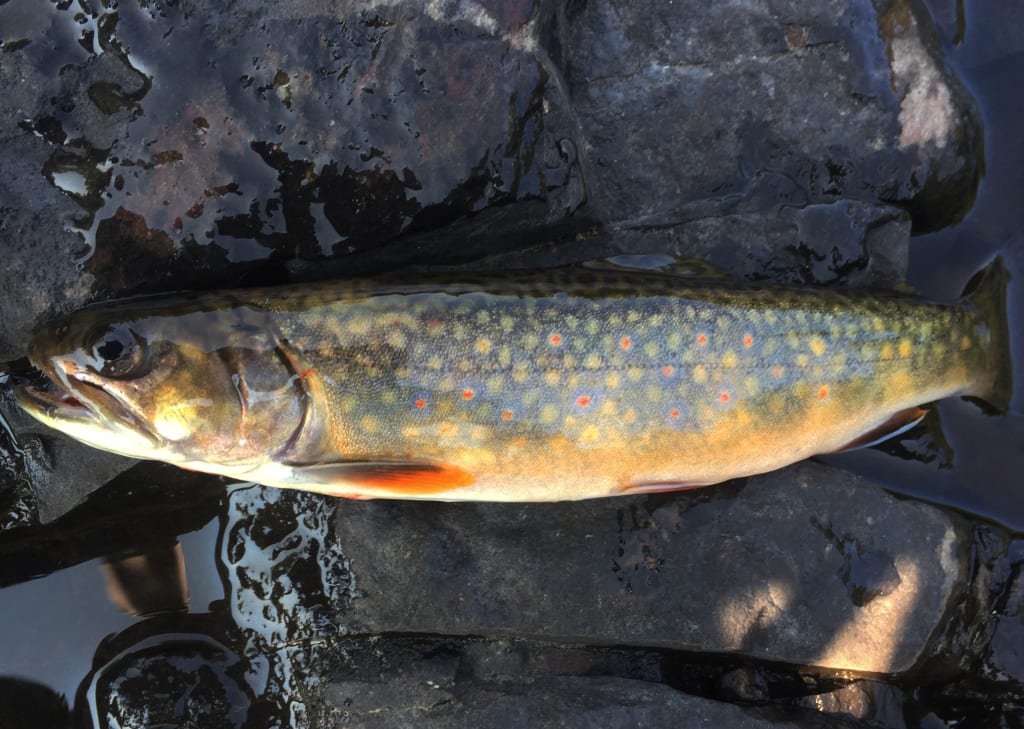 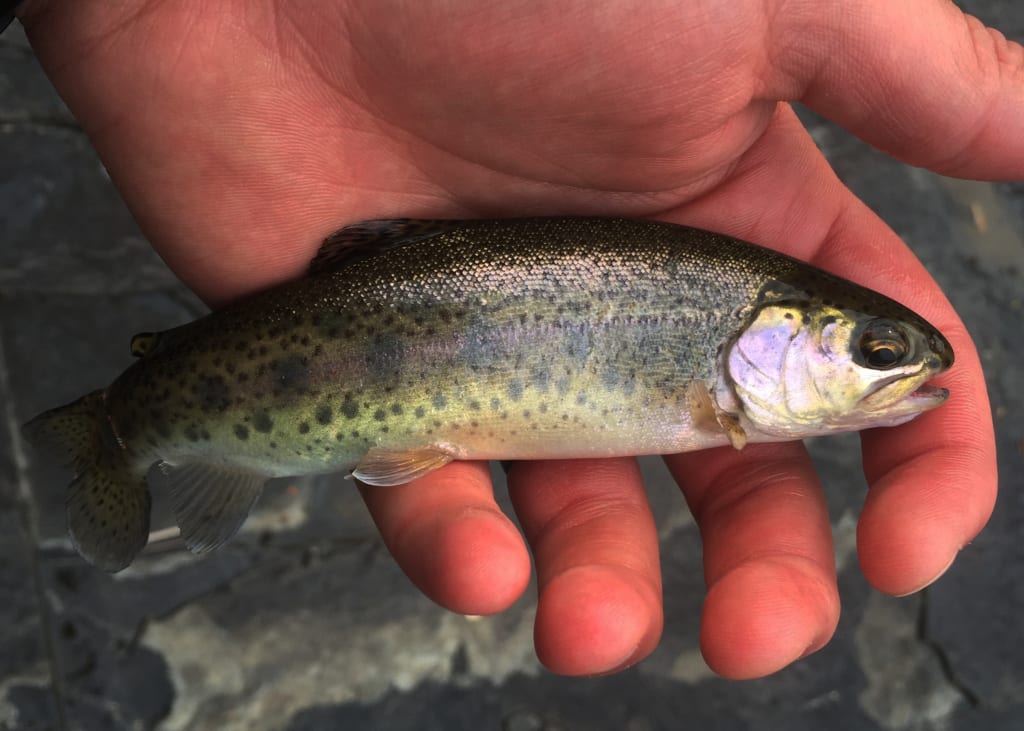