Looking at the forecast for this weekend I’m expecting good conditions for the trout opener in the greater Pittsburgh area. They are calling for rain all day today, which is likely to raise stream levels and spread fish throughout the system. I’d say that’s a good thing. This will spread the fishing pressure rather than see a bunch of people fishing at the easy access areas by bridges and next to roads where the Fish & Game Commission stocks the trout.

Even though we had rain yesterday and today it won’t be enough to blow out systems. I’m expecting good water conditions for the opener. This will be my 22nd year participating in the opener. In fact, I’ve been going to the same spot with my friends and family that long. It’s a tradition. 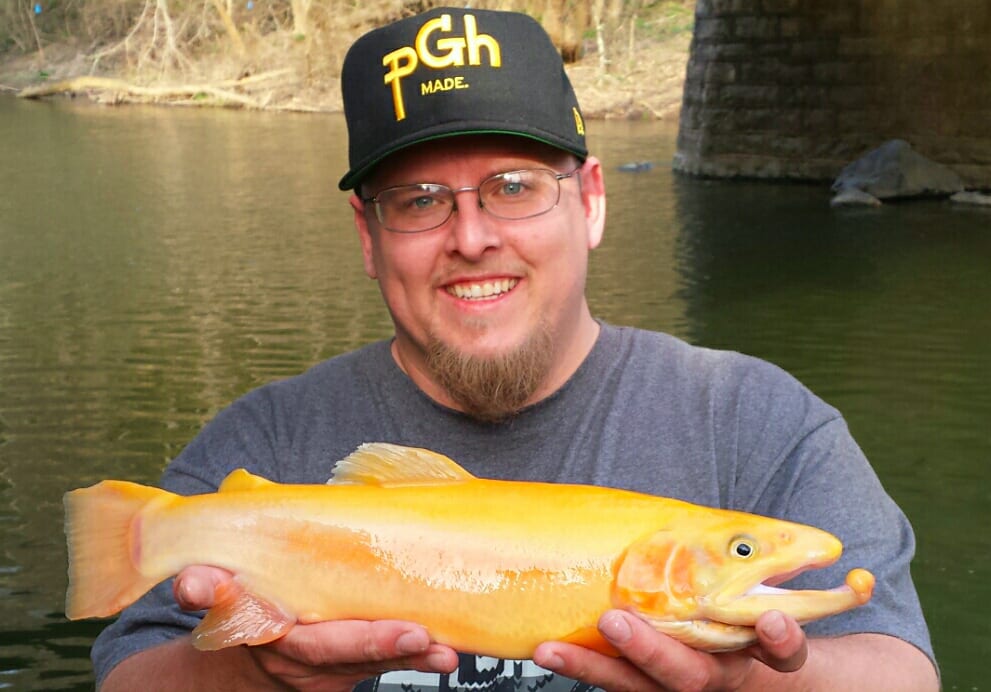 There are tons of places to trout fish. You can fish lakes, streams and rivers. All these places are loaded with trout. You’ll find rainbows mostly and then browns, brooks and golden rainbows. They tend to stock more rainbows in the lakes where brooks and browns will be more prevalent in the streams and rivers. The average fish is between 12 and 16 inches, but they tend to put lunkers in some of the deep holes. I’ve seen them up to 28 inches, which is about eight pounds. 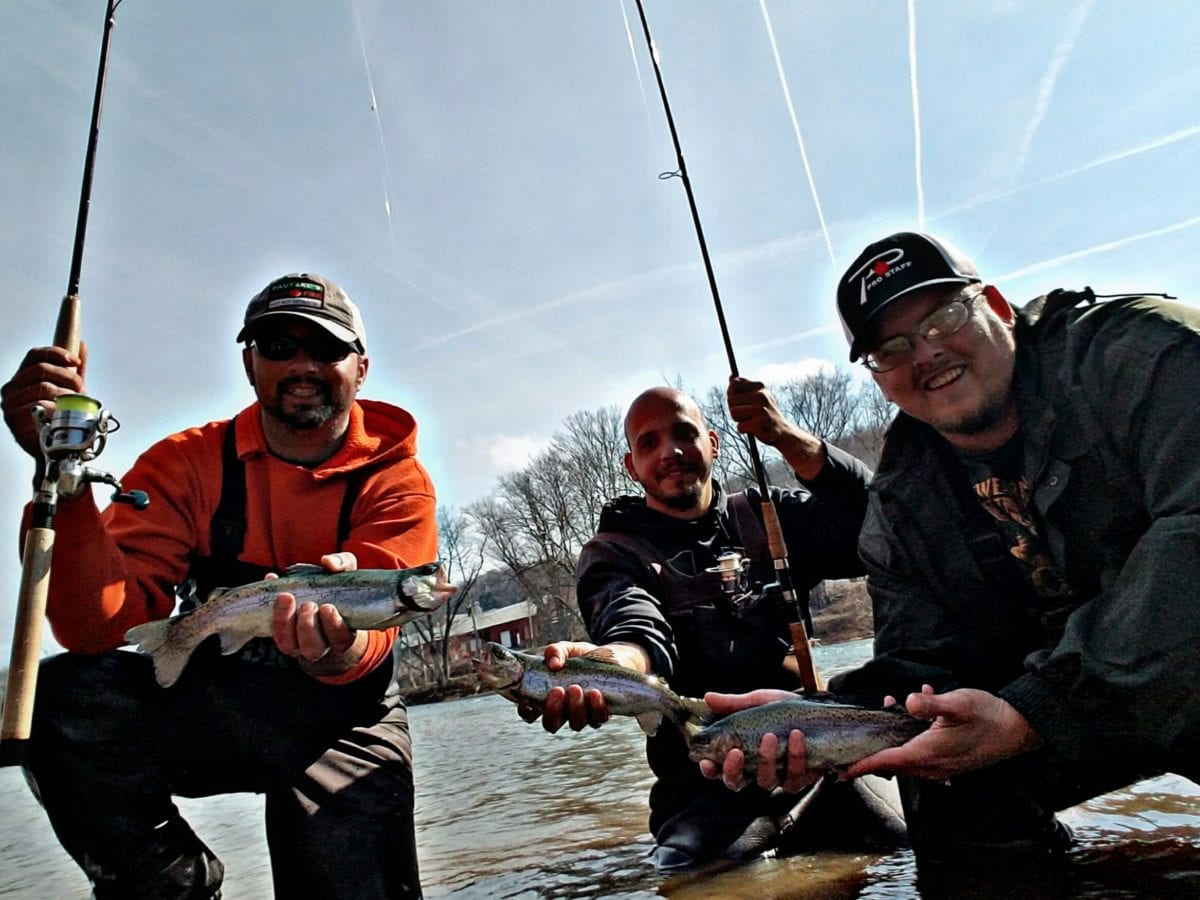 A lot of people in the Pittsburgh area drive to camps and cabins for opening weekend. However, there’s plenty of opportunities in the city to get your hands on stocked trout. Basically, there’s something for everyone that wants to fish. In the greater Pittsburgh area here’s my five favorite places to trout fish on the opener.

In the Robinson area this is a shallow stream, but has a walking trail that brings easy access. There are a lot of bridges on it and many of the deeper and larger holes are located under or near the bridges. The creek also snakes in to the woods and there are some nice holes to be found off the walking trail too. This is my favorite place in the region to fish.

Near Gibsonia and Route 8, Deer Creek is a small stream with a few nice holes. However, it’s not as easily accessible as Montour. You’ll have to park and walk, but fortunately they stock a lot of fish in here and they always stock some big fish, too.

Located near North Hills and close to Cranberry Township, North Park has two components, an upper and lower lake, both of which are stocked. My favorite place to fish is closer to the dam. It’s a family oriented place that’s kid friendly and is easily accessible. This is a place where the family can spend the day.

North of the city, Slippery Rock Creek is popular because it’s a larger creek and bigger water. I like to fish it in the McConnells Mill State Park area, but there are several miles of water available. Even though much of the creek requires a short walk to reach the holes they tend to stock large numbers of trout here. This creek has big boulders in it, which tends to create nice eddies that the trout stay near. This is one of the larger streams in the Steel City area.

Between Washington and Pittsburgh, Canonsburg Lake is shallow lake that’s great to bring kids to. It’s accessible and a smaller lake that has flat banks, which make it easy for kids. You’ll find plenty anglers in canoes on opening day. This is a great place for newer anglers. Floating dough bait works well.

A common mistake is using hooks that are too large. Rather than pre-packaged snelled hooks I’d recommending using a size 12 or 14 hook. You want to use smaller baits for trout, which makes the smaller hook more ideal. I use Eagle Claw gold salmon egg hooks.

I use Berkeley Vanish because it sinks and the fish can’t see it. If the water is going to be clear on opening day you’ll definitely want to use fluorocarbon because it will get you more bites. I always use four-pound test. There’s no reason to go larger. You can even drop down to two-pound test.

I use floats because they keep your bait up off the bottom and in the strike zone longer. I use Trout Magnet floats because you can take them on and off the line and the have the slices in the floats to where you can take it off your line without having to cut your line and retie. I like the green ones rather than the red or yellow.

Having a pair of polarized glasses enables you to walk the bank and scan the shallows for actively feeding fish. I see many people make the mistake of not wearing glasses and migrating only to bigger holes. The bigger holes are pressured. Oftentimes, when pressure arrives the fish migrate out of those holes into shallower water. Without polarized glasses you’ll walk right by them.

I always head to opening day with minnows and mealworms, but my go-to bait is salmon eggs. Personally, I use Pautzke eggs, exclusively. Over the years I’ve found that the Red Label (Premium eggs) and the Green Label are the most effective (most likely because that’s all you could find around here). However, in the last year I’ve been mixing it up and throwing the fish something they haven’t seen. The new Pink Shrimp are my favorite, but the Yellow Jackets and the Orange Deluxe have been catching a lot of large fish for me.

Honestly, I’ll use the red eggs on opening day because there’s something about the natural red egg that Pautzke makes that the fish key in on. However, after a few days and these fish being caught I switch it up to the orange and yellow eggs because it’s something they haven’t seen.