After two poor years the Puget Sound coho fishery has rebounded. We’ve seen an influx of numbers and larger than average coho this year and there’s still more than a month left in our fishery. We started to see coho in July and they’ve continued to trickle in ever since. I’m expecting October to be better than it has been the past few years.

As of right now the area from Edmonds on south is open and expected to remain so through October, unless otherwise posted by fish and game. There’s a number of hatcheries and smaller creeks and tributaries in this region that have planted hatchery coho, which is great because that’s what we are allowed to target this year unlike in years past where we were able to keep both hatchery and wild fish. No wild fish can be retained this season. 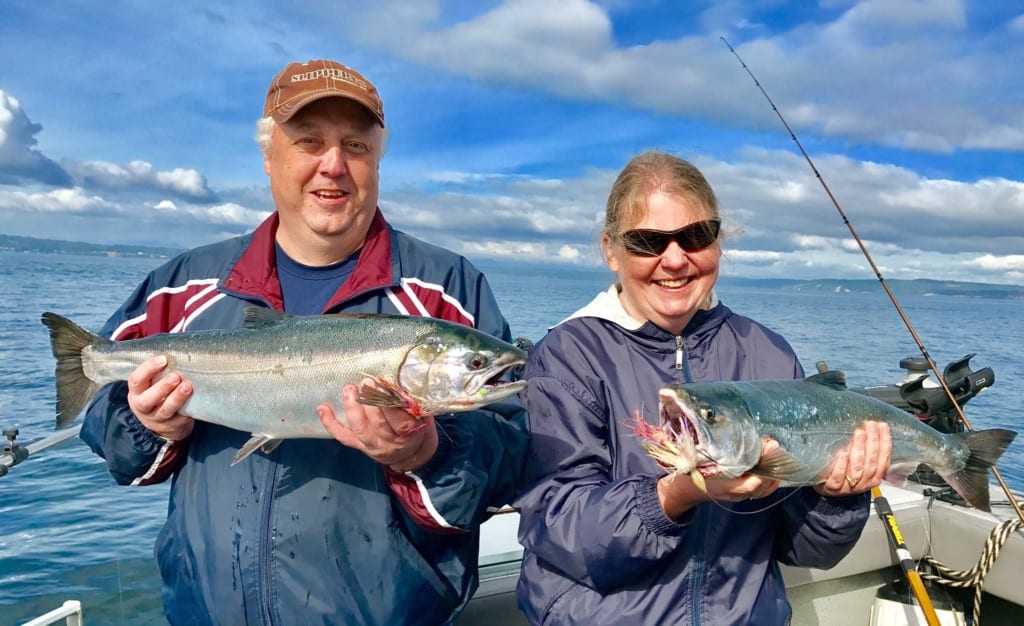 We’ve been seeing coho average 8 to 10 pounds this season and we’ve caught them up to 15 pounds. Last week we were getting limits and have been hooking roughly 12-16 fish per day. When coho fishing tides don’t matter in the Sound. Coho don’t gravitate toward structure like Chinook do so you can catch them anytime. I would start shallow early morning and as the sun comes up start to fish deeper on the downriggers and in deeper water. We are finding a lot of fish from 350 to 700 plus feet of water.

Early morning we are start running our downriggers between 25-50 feet of water and as the sun comes up we’ll start to drop our lines down between 55-100 feet of water. The bite has been strong early. In the past week we were getting our limits by 10am. However, in the last few days the bite has gotten a tad tougher. We’ve had to fish through the middle of the day to get limits. 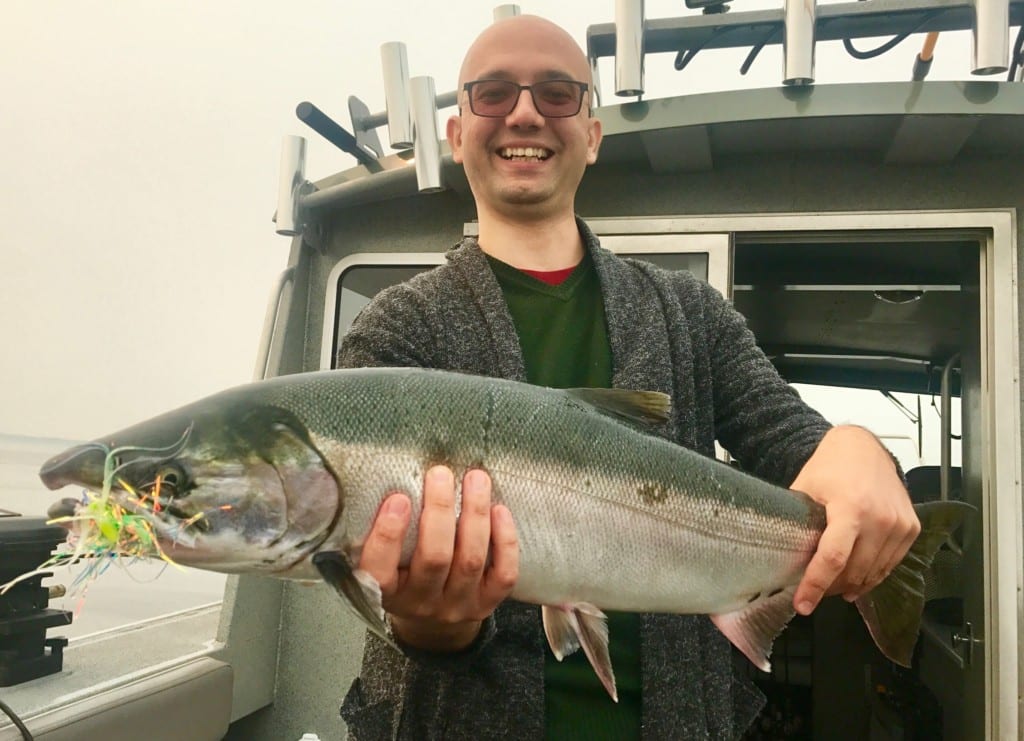 I’ve been fishing mostly artificials, which includes Silver Horde Ace High Flies, Kingfisher spoons and Olympic tackle flies. Go Big to avoid Shakers. Artificials work great, but are more effective when tipped with bait or scented. I’ll douse the spoons with Liquid Krill and will go as far as tipping them with strips of Fire Brine herring. While some anglers have been using Blue and Chartreuse Fire Brine strips I’ve been sticking with natural. 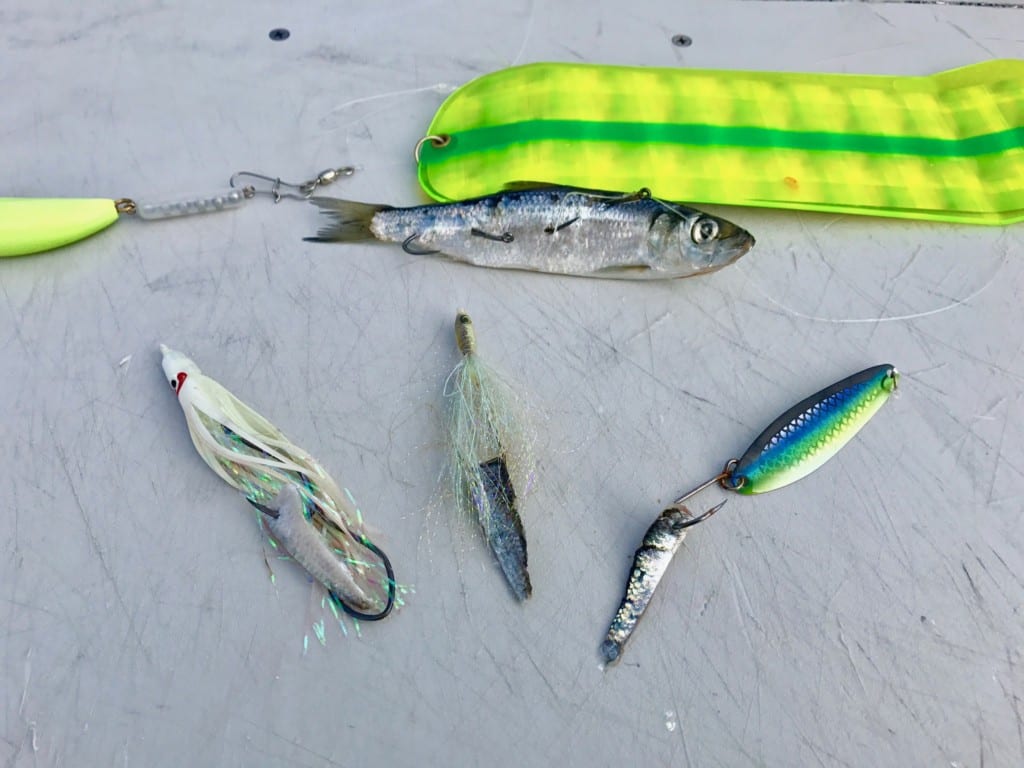 I’m also running a surface rod, which is a whole Natural Fire Brine herring. I’m running that behind a six-ounce banana weight. Early morning a lot of these fish will be on the surface. Instead of running a downrigger I’ll run the surface rod about 10-15 feet below the surface to target fish cruising in the upper water column.