I’ve been running the Snohomish River system for a few weeks here in the North Puget Sound and it’s obvious there’s a lot fish in the system. We floated over a hole today with my motor off and I kid you not we scared out 200 silvers when we floated over it.

Right now we are focusing on tidal fish and lower river fish, which there’s plenty of. They’ve been coming in for the last few weeks. On the lower river, in the holes where I’m at, there’s a lot of fish, but this system is pretty big and there’s a lot of water. There hasn’t been enough water for me to check out other holes upriver. 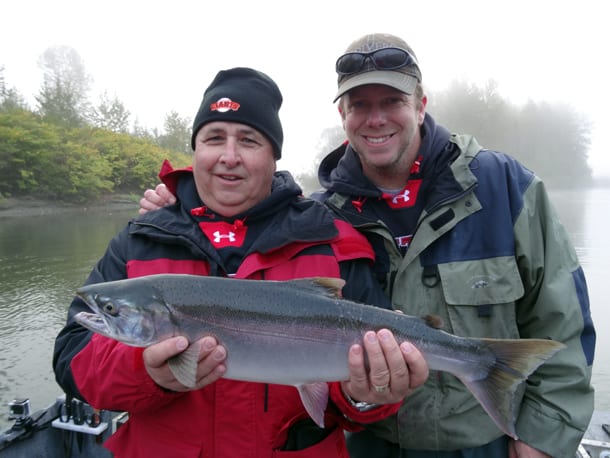 We are in need of water up here. The river is low, clear and these fish are spooky. It’s forced us to remain in the lower river where we know there’s plenty of salmon. However, even with the low water we’ve been catching fish everyday. We’ve just had to work for them. 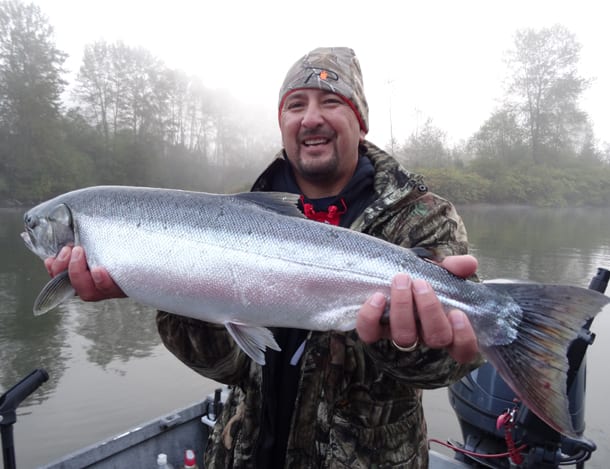 Keep in mind, we are just getting going up here. October is the peak of the Snohomish River coho season. The next rain is going to make this river on like Donkey Kong. It will suck the rest of the fish out of salt water and also turn the bite on for the fish in the river right now. 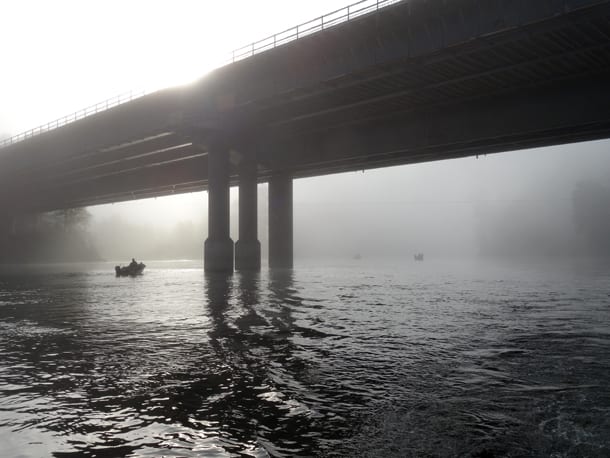 The preseason forecast was roughly 175,000 coho returning to the Snohomish River system. This is comparable to last year and way above average, which is roughly 100,000 to 120,000. The fish are getting larger each week. The first part of September they average four to six pounds and in the last week it’s risen to six or seven with 10 and 11 pounders in the mix. The big hook nose fish are just starting to show now. 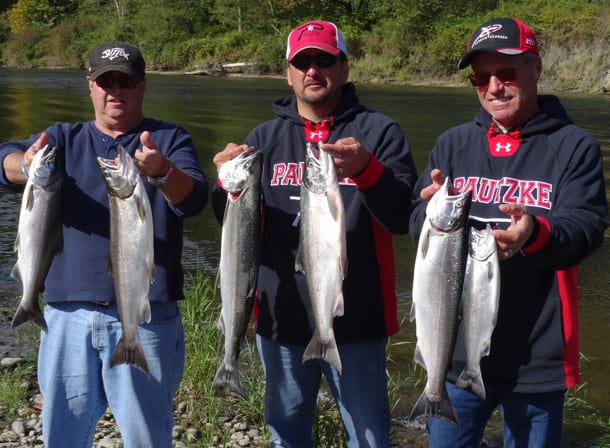 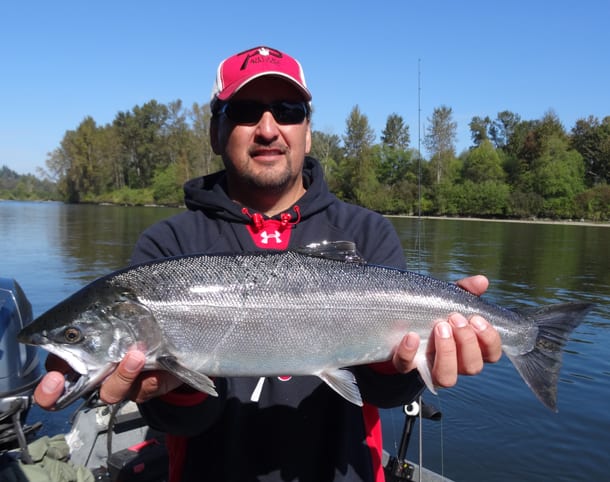 We are fishing plugs. I’ve been switching over to bait more, but it hasn’t been really good yet due to temperature and water clarity. I’m 100 percent convinced it’s the water temperature that affects the bait bite and it’s a few degrees too warm right now. We either need a big rain to cool the river down or our first frost to bring the water into the low fifties. When it does the bait bite turns on. And, the fish almost eat bait exclusively. 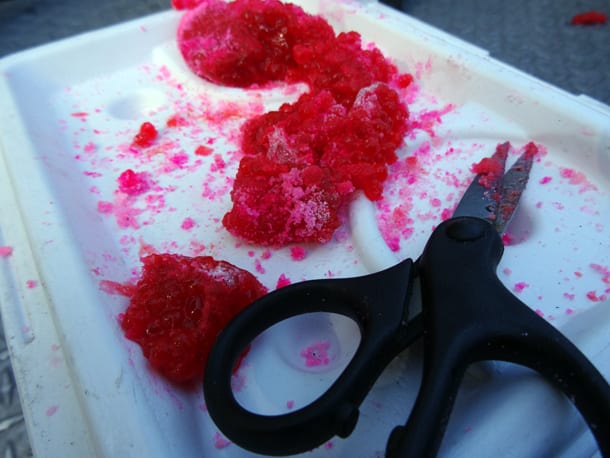 Once it turns on color doesn’t matter as much as having fresh eggs. Either pink or red Fire Cure seems to work really well, but the most important fact is having fresh eggs, which shouldn’t be too difficult. There are a lot of hens around. 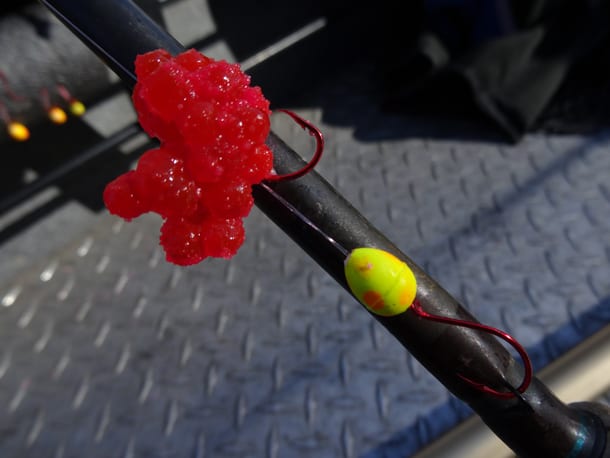 For the time being I’m using a lot of plugs in the lower river, namely Wiggle Warts and Mag Lips, as you’re trying to piss the fish. Use bright colors and remember we troll upriver. Also, casting and retrieving these lures works well, just like bass fishing. 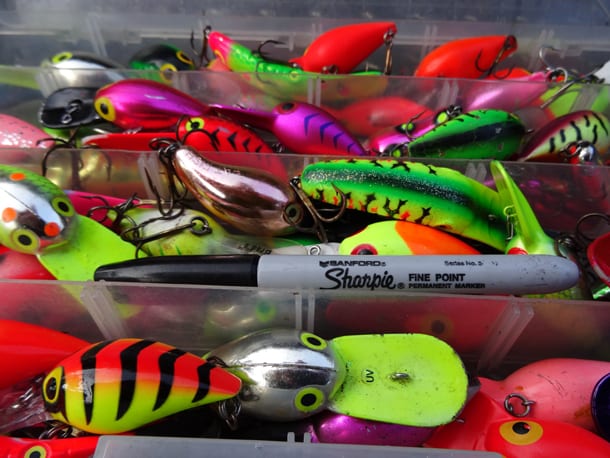 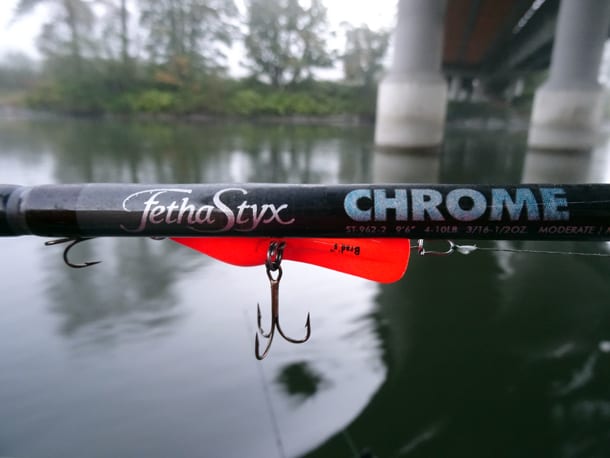 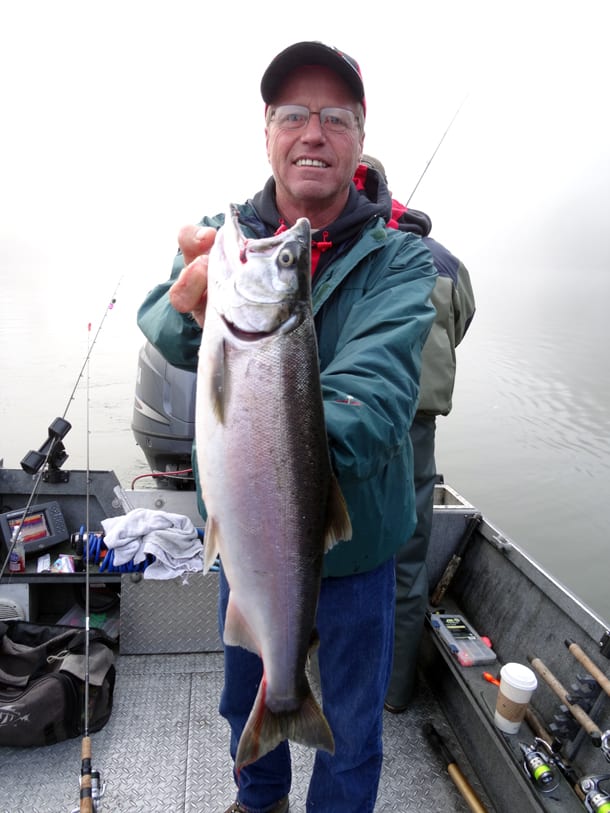