Tillamook’s Turn To Cash In On Salmon

Tillamook’s Turn To Cash In On Salmon

In my home waters of Tillamook Bay, they don’t do predictions like they do on the Columbia River system. We don’t have viewing windows here. We can only do spawning surveys. Meanwhile, from what biologists tell us, we are in for another good fall salmon season.

For the past few weeks we’ve been seeing good numbers of salmon in the bay and I’m seeing big fish. In fact, I’m seeing five and six year old fish, and I’m seeing a lot of fish. All and all, I think we are going to see a really decent year. I’m kind of cautious to say stuff like this, but I think the run is better than I’ve seen in the last 10 years. 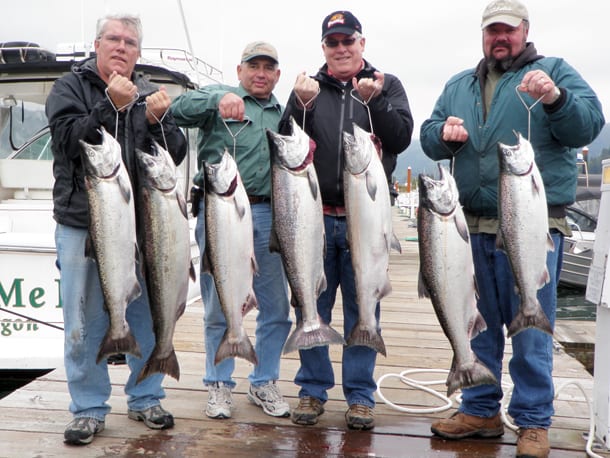 Keep in mind, a five-and-six-year-old means anywhere from 30-40 pounds. It’s not normal that we have so many of these older fish returning. What this means is those smolts that left several years ago had good water that year to flush them out in the ocean, we had good upwelling in the ocean, good feed for them to go all the way up to the Bering Sea and then good ocean conditions to get them back.

Tillamook is consistent because we have five different rivers and five different strains of fishing coming through. The influx of salmon into Tillamook Bay will continue through mid November. And, remember kings and coho return here. The five systems are the following rivers: Tillamook, Trask, Wilson, Kilchis and Miami. 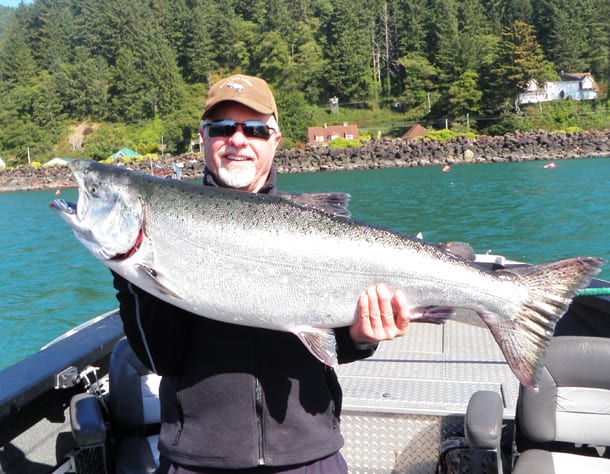 The first wave of salmon, which starts early September, is the Tillamook push. Then, the Trask comes, followed by the Wilson and Kilchis at about the same time. The last run is a smaller run, which heads to the Miami. And, don’t forget we have chums too. They usually show up about the third week of October. They go mainly to the Kilchis and Miami, but they do stray.

While there are fish in the river now, I don’t fish the to river until mid November. With all the leaves dying off and floating downriver it can be difficult to fish. We need two or three rises to flush stuff out of the river and that hasn’t happened yet. After it does, it will flush debris out. Right now, I’m in Tillamook Bay. I typically fish the lower bay, normally at the West Channel, the jetties and the Ghost Hole. 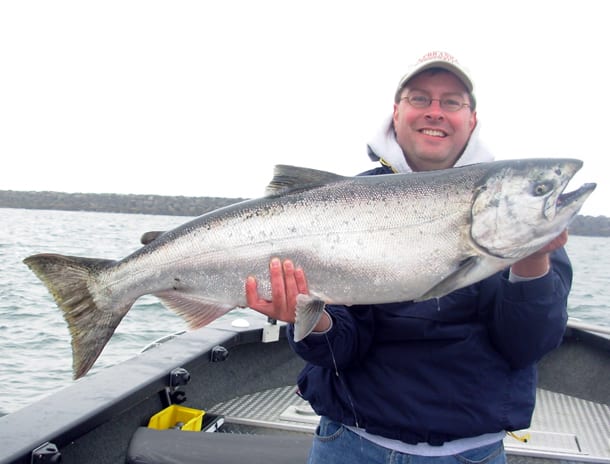 As with most, I’m fishing bait. I run about an 18-inch dropper, with 10-16 ounces of lead and a nine-foot leader to my herring. This fall I’m soaking herring blue Fire Brine, and continue to add Fire Power (krill powder) into my brine. I use gallons of the blue this time of year, but a lot of anglers use red, green and chartreuse brine. 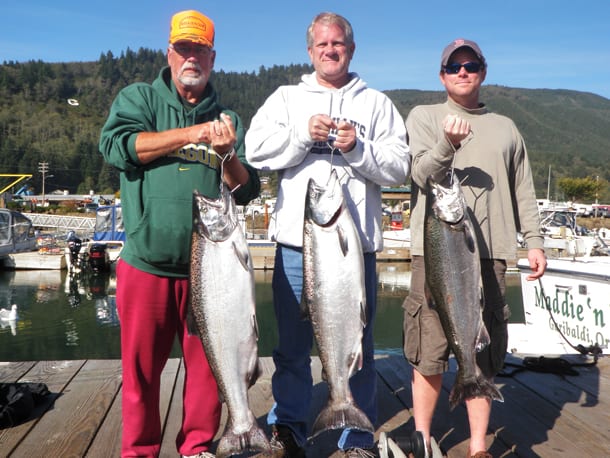 I’ll be fishing in the bay until mid November when our rivers should be clogged with salmon. However, if you want to fish the rivers now, they are open, but they are very low and extremely challenging to fish. 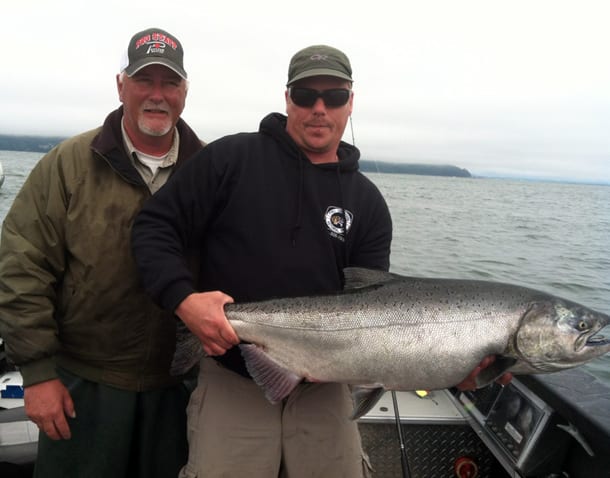