We never know what to believe, but the Oregon Department of Fish & Wildlife is predicting that we were going to have the run of all runs on the Rogue. They say it’s going to be a spectacular year. Meanwhile, from what I’ve seen in July it is going to be a really good run. On the other hand, they’ve told us this before and it’s started out really good like this and then petered out, but so far it looks like it’s going to be what they’ve predicted. This summer it’s been really good and it’s going to continue.

Better fishing has brought more participation. There’s been 50-100 boats trolling in the bay during the week, and on the weekends there’s more. It’s been crowded and there’s a dredge out there, too, which has taken up some space. It’s congested, but people are excited. It’s been a while since I’ve seen triples and doubles and that’s happening this summer. It’s been phenomenal and the best is yet to come. 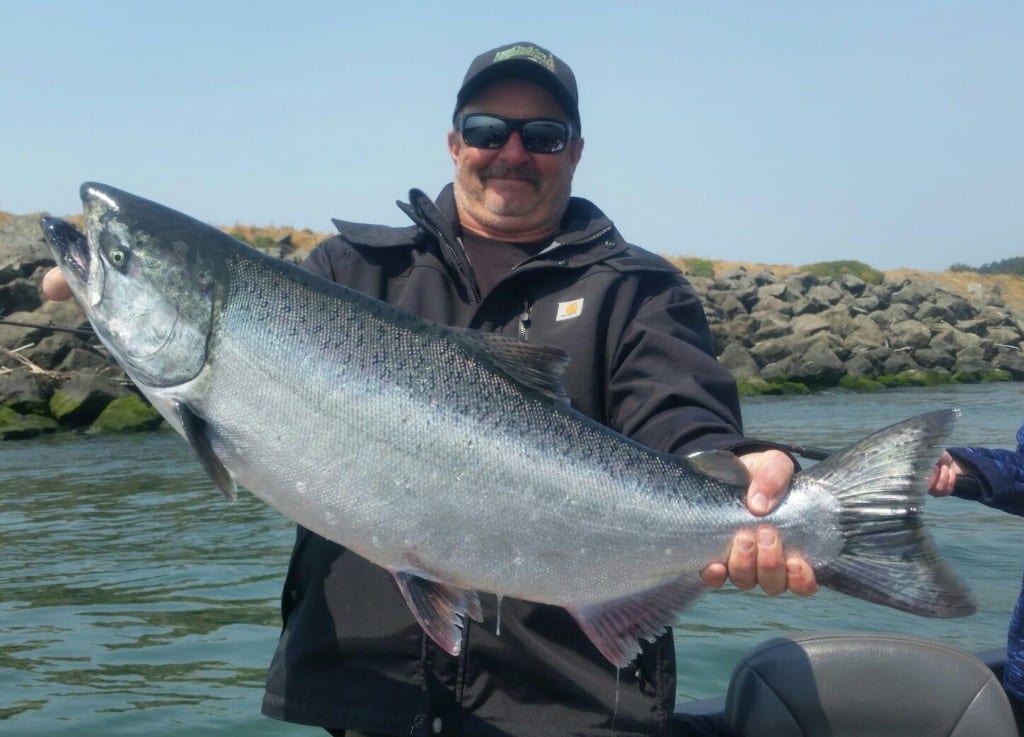 So far this summer the salmon have ranged from 12-40 pounds. These are high-quality Rogue fish. They are thick, with good meat inside and fighters. Speaking of battles – with all these boats trolling Rogue Bay we’ve been setting our drag for kill and the salmon still rip line out. What’s more incredible is we should start to see larger fish in August and September. As the season progresses 30 to 60 pound salmon will be more common. We haven’t had a 60 in a while. We had a 57 a few years back, but this year could bring a 60. That’s the quality of salmon we are catching.

It’s good to fish an incoming and outgoing tide. When an incoming tide comes in we follow the fish up. On an incoming we fish up to Indiana Creek and then turn around and go back again. Then on an outgoing tide we will mostly spend the time between the two jetties, basically from cat houses to the end of the jetty. 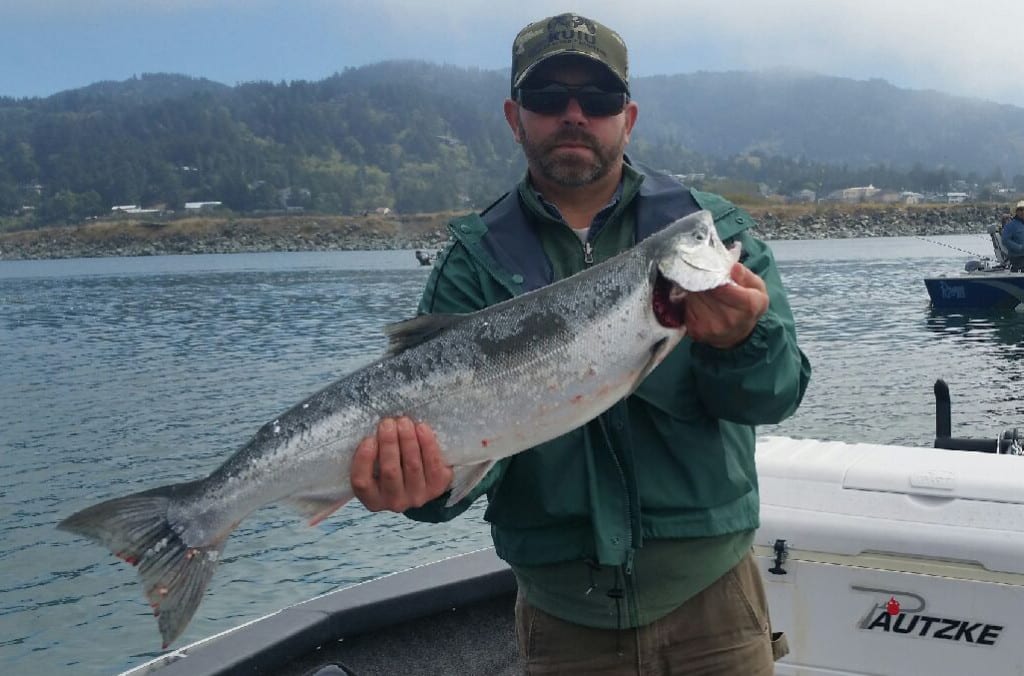 Traditionally, people use the Rogue Bait Rig, which is basically an anchovy rig. We use a size 2 Owner treble hook, a size 2 Owner octopus hook, a few beads and a spinner blade. I’m using 30-pound Berkley Big Game for the mainline and Seager 25-pound fluorocarbon line as a leader line. When rigging your bait you want the anchovy to look like a banana. You want that bait to spin and mimic a wounded baitfish. 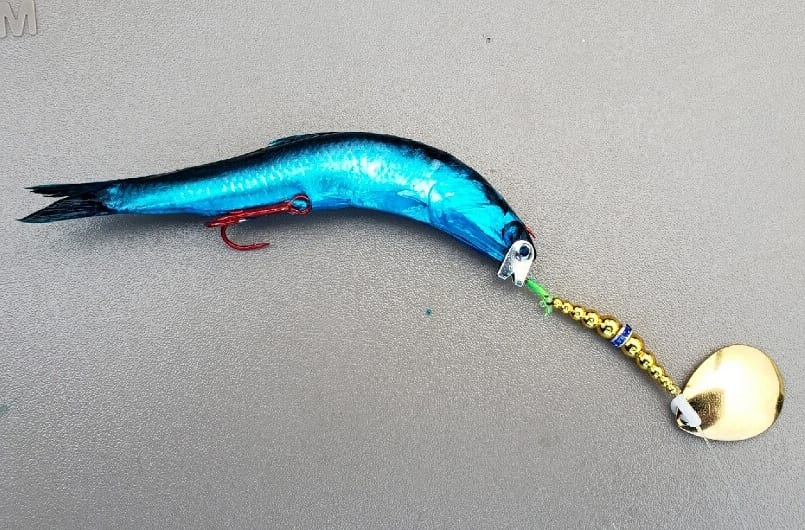 I’m a firm believer in brining my baits and so are most anglers. After brining them they seem to last longer before the bellies rip out. If your bait isn’t brined they aren’t going last particularly in Rogue Bay’s warm water. I’m using Natural, Chartreuse and Blue Fire Brine anchovies. The hot color changes daily. That’s the good thing about being able to use two rods (if you have a second rod endorsement) – it allows use to test different color baits and then switch to the hot color of the day. 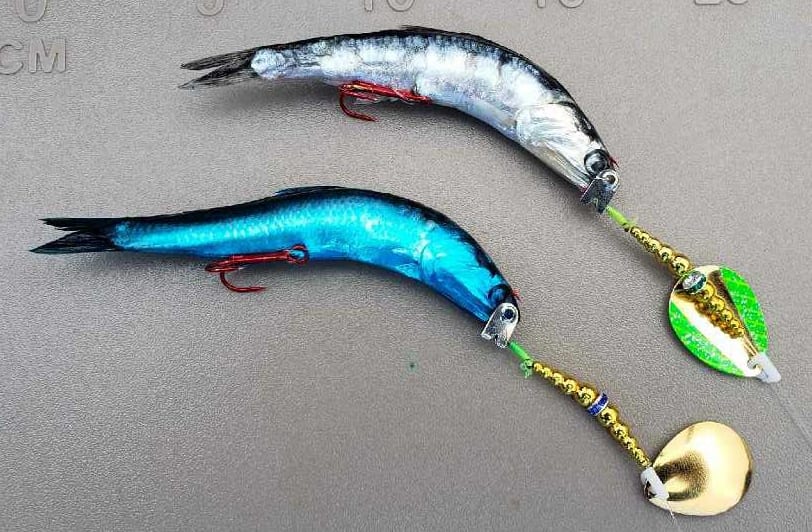 *Special Note: The ability to use a second rod with an endorsement is allowed through September 3. Anglers can keep two Chinook per day. Hatchery and wild fish can be kept.