We had planned to film Pautzke Outdoors this week in Southern California’s Kern River Drainage until guide Scott Feist of Feisty Fish Guide Service called me Sunday night when I was in New Jersey and asked me to reroute to Northern California. After a meager and uneventful forecast, this year’s annually salmon run on the Feather River was already shaping up to be much better than anticipated. He wanted to show me how promising the run already is.

Feisty is never excited about salmon runs this early in the season. I could feel his energy and knew switching plans was the right thing to do. A friend and I flew into Sacramento Monday evening and fished Tuesday on the Feather with Feist. We were part of a dozen boats and several dozen anglers fishing from the bank from daylight to mid-morning. We found instant success using Fire Cure roe as did anglers on the bank casting spinners and other boats pulling sardine wrapped plugs. It was electrifying to see how much excitement there already is around the fishery, even weeks before the run normally takes off. 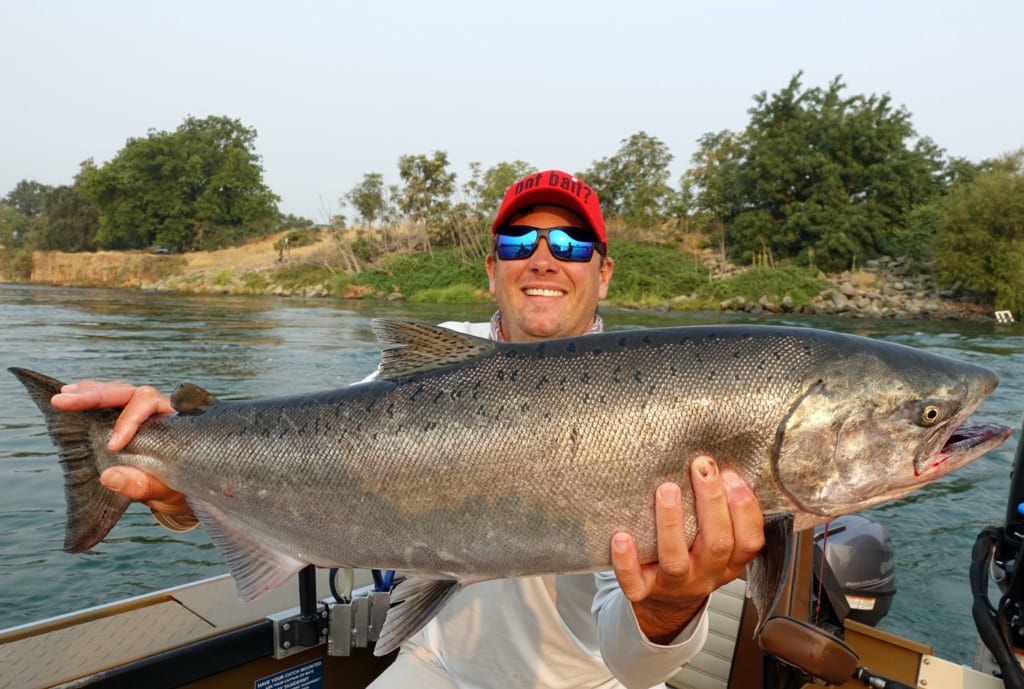 Wanting to tackle hot, feisty and aggressive chrome salmon Feisty motored to the Thermalito Afterbay outlet and charged in the turbulent current with the normal slough of boats. A few boaters caught salmon on plugs at first light, but we didn’t want to run plugs. Instead, we opted to hover fish with bait. Feisty was upfront and told me roe wouldn’t likely work until the sun hit the water, but we tried anyway.

He was correct. The plug anglers controlled the show until roughly 7am when the bite switched over to bait. Drifting Red Fire Cure roe, heavily scented with Fire Power and dusted off with Natural BorX O Fire (to dry the eggs out) we caught several quality salmon on bait. We (me specifically) hooked many others and lost them at the boat, too). Given how early it is in the season there’s hope for a great run on the Feather this summer.

Action on the Feather is always fair from the opener in mid July through mid-August. It’s best from late August through September, a routine that likely won’t change this season. Fortunately, there’s plenty of chrome, egg eaters around now. Our average fish ran roughly 15-20 pounds, which is excellent for these early season fish. We even caught a shad by accident.

I can tell Feisty is expecting the Feather run to be better than experts predicted, which would be good for California salmon anglers. There are favorable water conditions, big salmon already in the system and it’s no coincidence that Feist reordered Red Fire Cure, Fire Power and case loads of more Natural BorX O Fire. He’s expecting big things from the Feather – and we all hope he’s right. 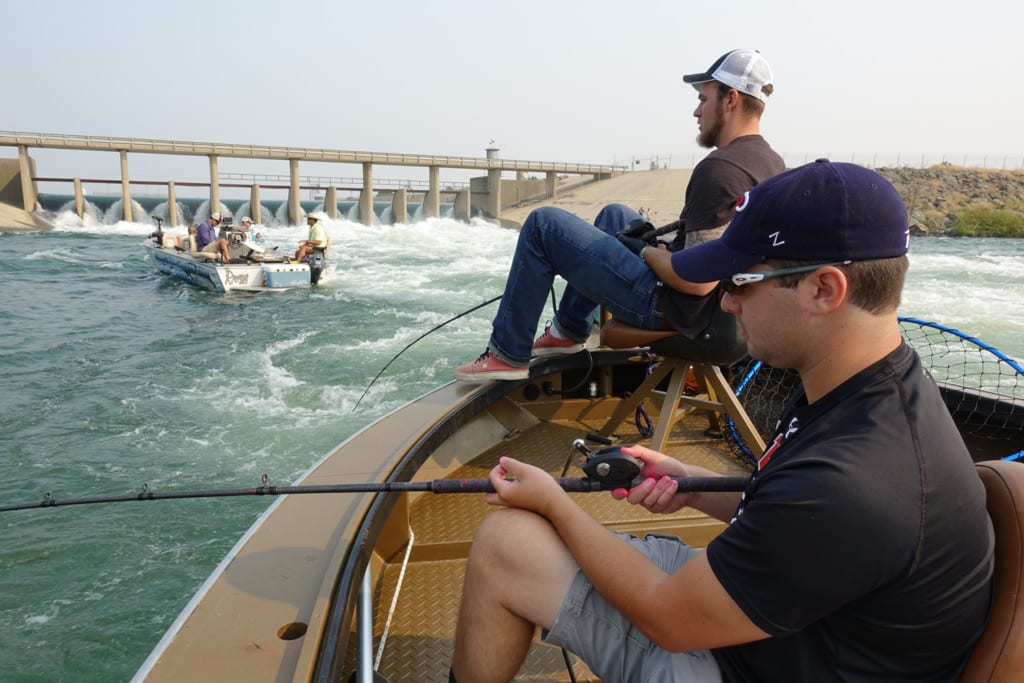