We are still seeing fresh fish daily, which tells me that salmon are migrating up the river in numbers. It’s been good and I’ve been getting limits daily, but there’s not very many people fishing, which has made it nice for guides. I would say on a normal day we are hooking between 10-15 fish and landing somewhere between six to eight. Clients are happy with that. 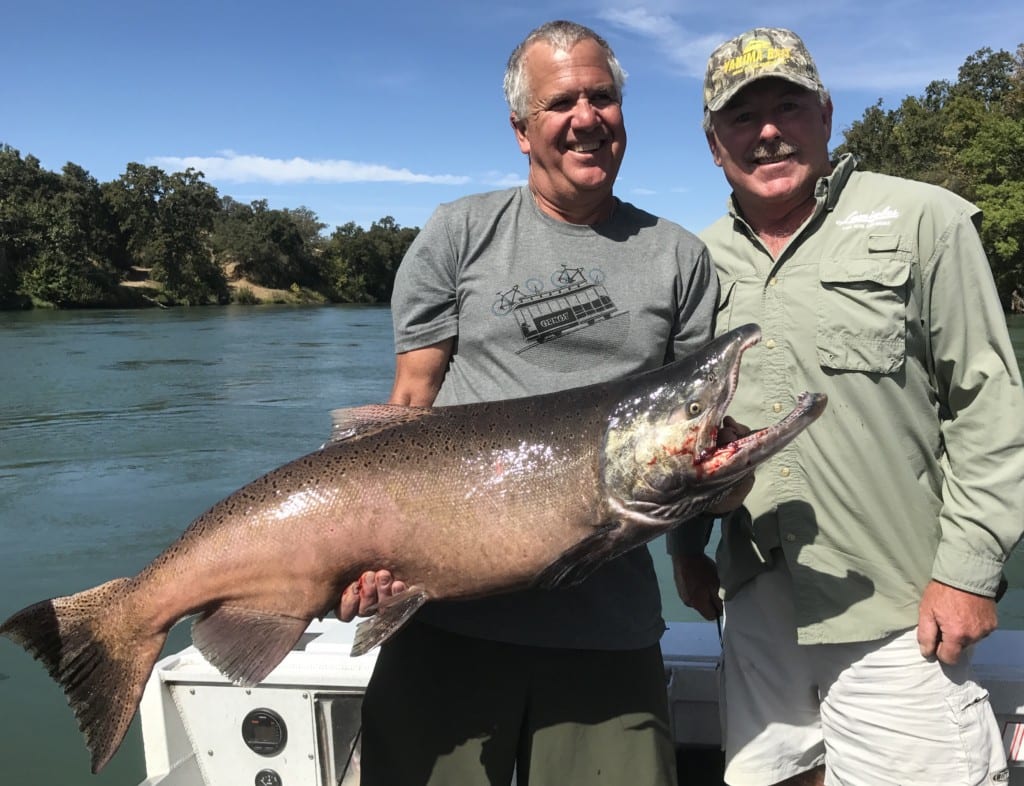 What’s been interesting is there’s been a bunch of two-year old fish in the river, which supposedly is a positive indicator for next year’s run. This many jacks in the system normally lead to a great following year. We’ve been one bite away from a big one every day, but the reality is most of the salmon we’ve caught this year have been between 10-12 pounds. We’ve weighed one 40-pound salmon this season, so there are large salmon around, but we aren’t catching monsters daily. 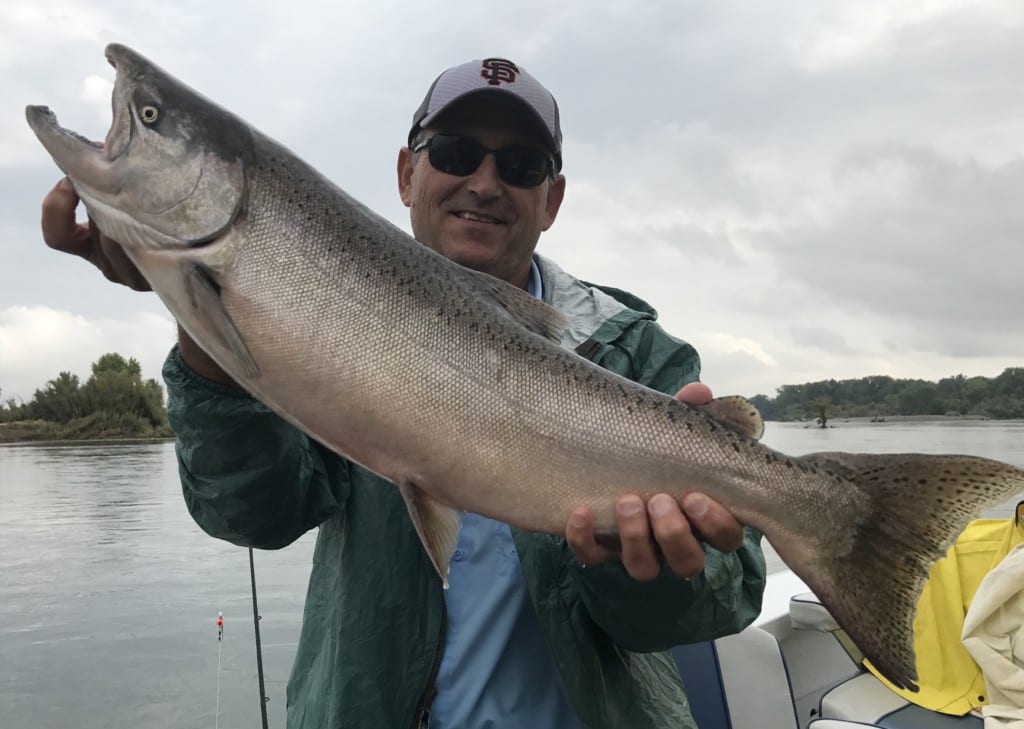 We never really had high flows this season, which is crazy considering how much water we had in the spring. Lake Shasta is still about 40 feet from full pool, which is extremely high for the fall. The Sac is running about 8,000 right now. To be honest, I think a lot of our Sacramento River fish are going into the Feather River instead because there’s higher flows and colder water over there. 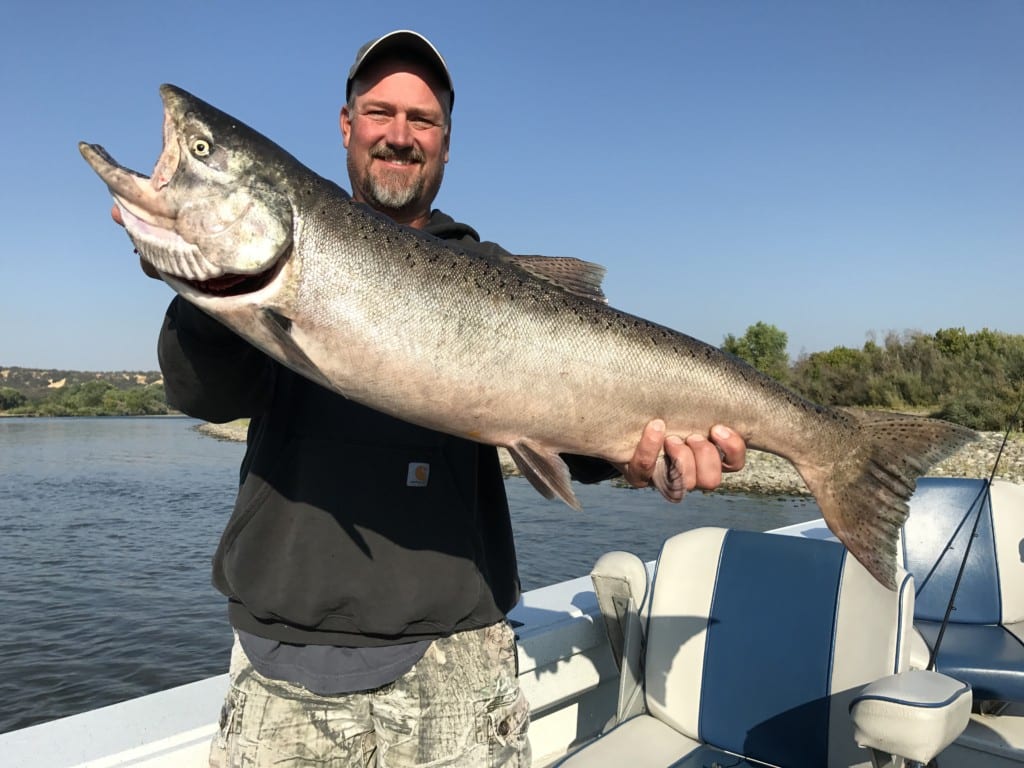 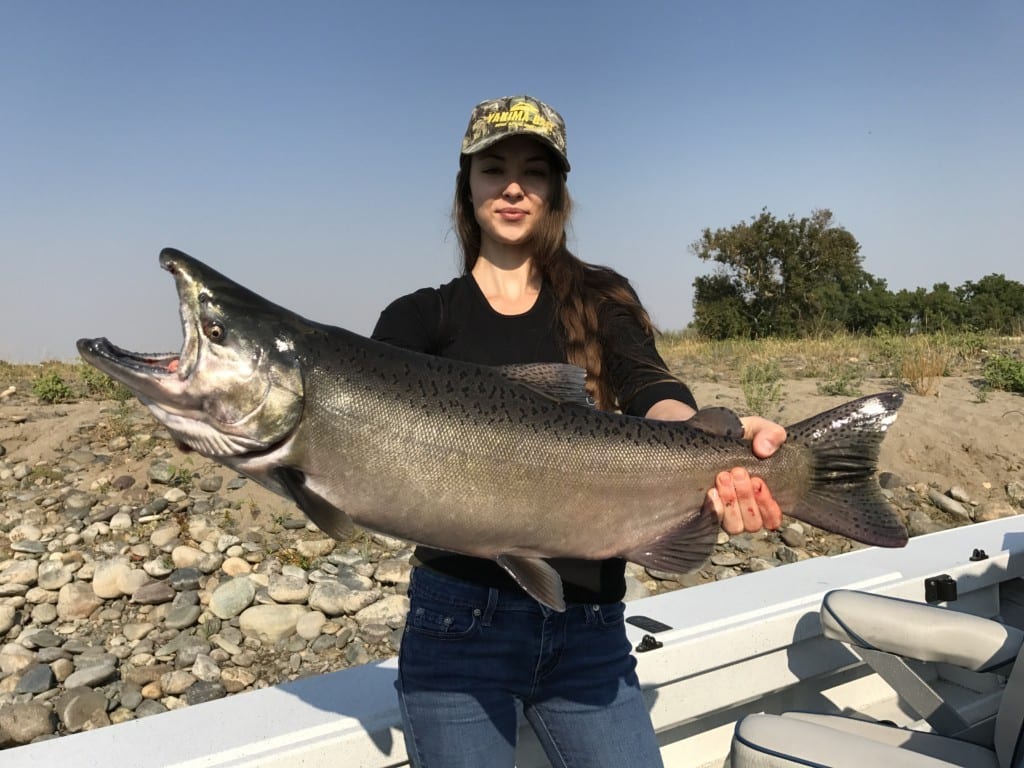 This year, we’ve had a strong plug bite. I’ve been dragging Natural Fire Brine sardine wrapped silver and chartreuse T-55 Flat Fish fished on 50-pound P-Line braid with a 40-pound P-Line fluorocarbon leader. When I run downriver we’ve been back bouncing roe. I’ve been running Red Fire Brine roe mixed with Red BorX O Fire and fishing it on a 1/0 Eagle Claw Lazer Sharp hook. I’ve been fishing the eggs in slower holes where there isn’t as much current. 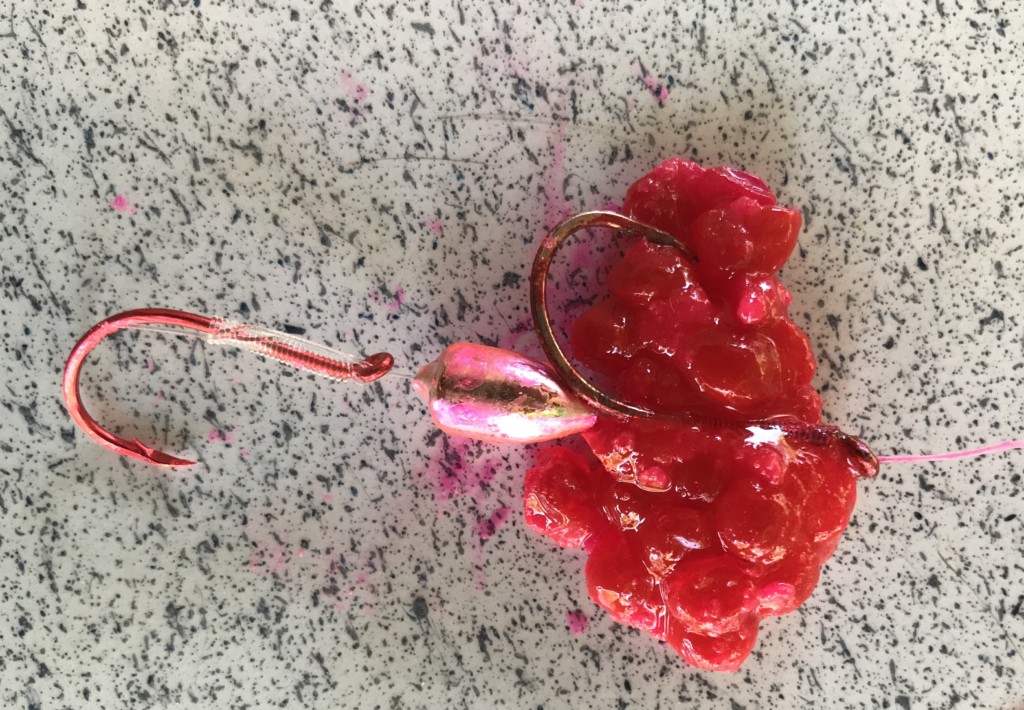