With as good as the Clemson Tigers have been this fall some South Carolina anglers have spent their weekends tailgating rather than fishing in the Upstate. Meanwhile, those who have ventured up into the Sumter National Forest are stumbling upon epic trout fishing. Several waters are fishing well. However, action on the Chauga River couldn’t be better.

Drought has been an issue in the Upstate. Fortunately, the South Carolina Department of Natural Resources has maintained their generous stocking program through the unseasonably dry conditions. The Chauga is stuffed with trout and even with little precipitation maintains more than enough water to support several species of trout.

This was our first time fishing the Chauga. The local biologist expected us to struggle catching quality fish, simply because we were fishing bait, and the larger trout were being released in the delayed harvest section upriver of Cassidy Bridge where bait isn’t allowed. Fortunately, we had good bait that helped us overcome being newbies. We caught rainbows and brook trout to 16 inches and a few smaller brown trout. 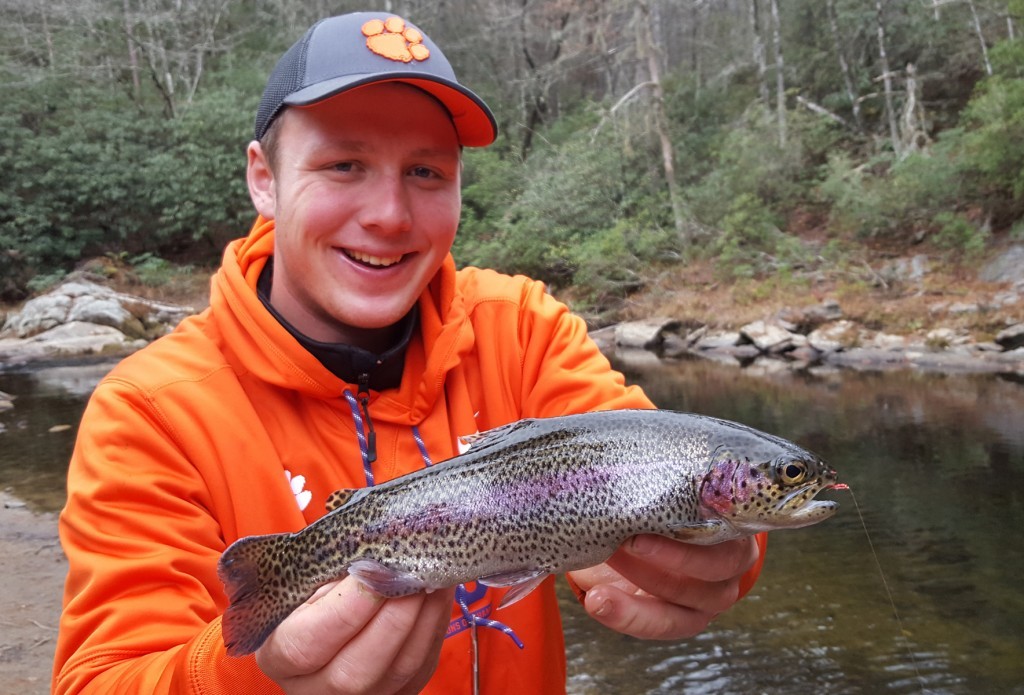 Roughly 45 minutes from Clemson and an hour from Anderson, the Chauga is easy to reach from anywhere in the Upstate (it’s an easy day-trip from Greenville and Spartanburg) and currently being stocked with three species of trout (brown, brook and rainbow). If you fish below Cassidy Bridge (where we did) you can use bait and hardware.

We found success mainly on three baits: Pink Shrimp & Natural Deluxe Pautzke salmon eggs and Chartreuse Fire Dye worms. Unlike the nearby Chattooga, the Chauga isn’t as clear. In fact, most of the water we fished was largely off colored. 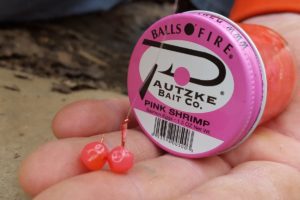 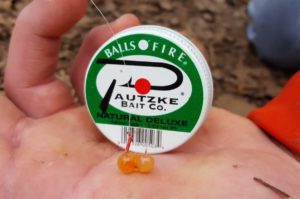 To overcome that we used Fire Dye to turn our night crawlers chartreuse, which made a big difference. Between those three baits we caught and released more than two-dozen trout in fewer than two hours while filming an episode of Pautzke Outdoors. At one point we caught 10 trout in 10 casts. 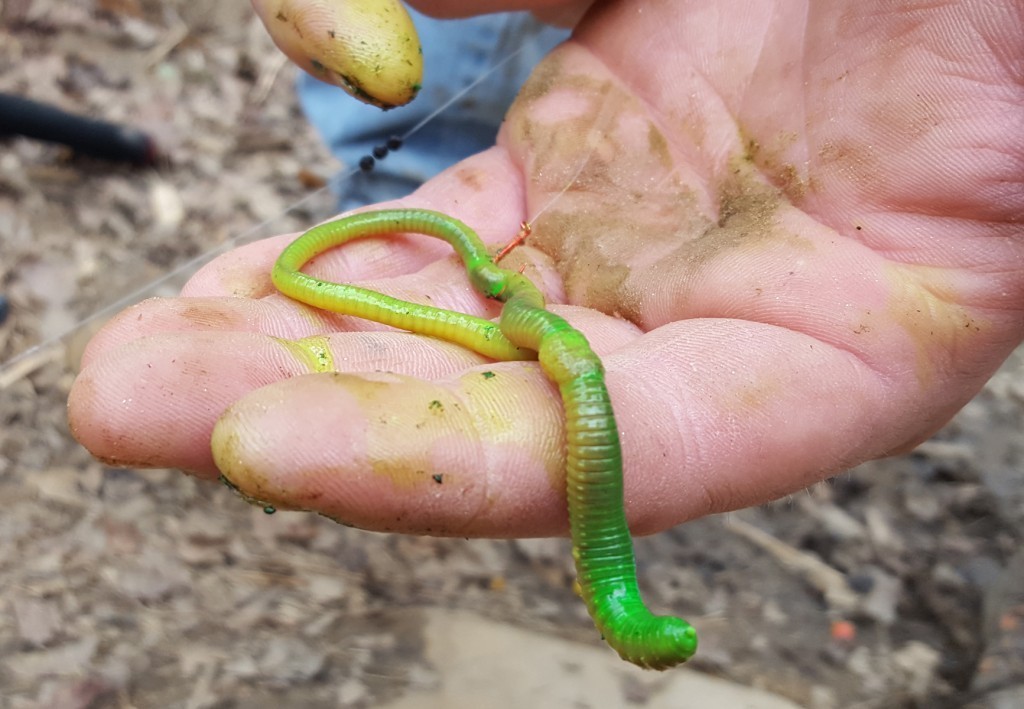 Locating trout on the Chauga isn’t a chore. If you start at Cassidy Bridge and head downriver expect to find trout in nearly every hole for at least a half-mile. Fortunately, there’s a foot trail that leads to all the quality pools. Many are in the vicinity of Cassidy Bridge Campground, but fish can be caught downstream at many other access points.

When it comes to gear we didn’t use anything fancy. Armed with four-pound test, small split shots and a float, we pierced the salmon eggs on a size 10 or 12 single egg hook while using the same outfit for the worms. Not surprising, the browns and brook ate more worms than the bows, which seemed more interested in the salmon eggs. Come with the worms and eggs and you’ll likely catch all three species, like we did. Action should remain consistent through winter and spring.

Editor’s Note: When in the Upstate, Team Pautzke recommends eating at the Pompous Pig in Anderson. Often overlooked by the Smokin Pig (which is top notch, too) the Pompous has some of the best brisket in The South. It’s a destination eatery. For up the minute reports stop by Tunnel Town Express (864) 638-0092 on Highway 28, which is minutes from the river.