Following a Northern Ontario to Pennsylvania for a fishing/sports weekend this FireBlog has a different twist. I flew south late last week and teamed up with Chris Shaffer of Pautzke to catch golden rainbows and steelhead while also hitting a slough of sporting events (Penguins, WVU football & Penn State hockey). I’ve wanted to catch a golden rainbow for a while now. To do so we met Isaac Zettle of Zettle Outdoors and headed to well known Spring Creek.

We were dealing with less than ideal conditions. After a mild fall, temperatures and the barometer plummeted and a brisk wind arrived. Meanwhile, Spring was still a busy place even on a weekday. There were several fly anglers wading through the middle of every hole leaving many of the trout spooked and our work cut out for us. 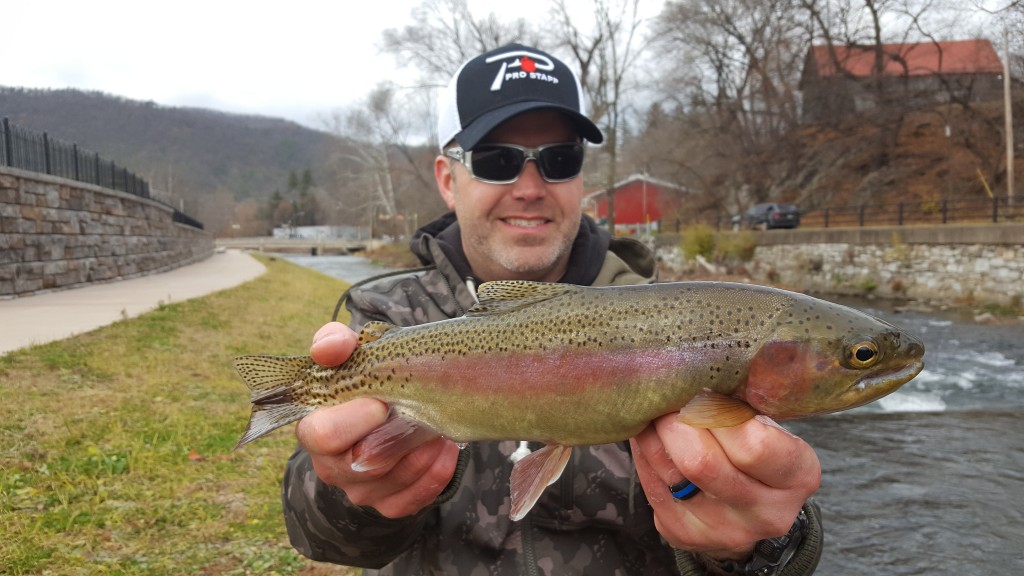 We fished a number of spots, including a variety of runs and pools. Almost all had fish. Action started slow. Whether it was the unstable barometer, fishing pressure or anglers dotting the creek the trout were initially hesitant to bite. The fish weren’t holding in slack water or slow pools, rather current oriented. We found them tucked behind rocks, on the edge of fast water, and along the bank or stone wall lining one side of the river. We found many fish resting in calmer slots on the edge of fast moving water. They were positioned on the edge of the current waiting for food to flow past.

We fished exclusively with jarred Pautzke eggs and ran them on a size 12 hook below a small float. We tried a variety of colors until we found something that worked, namely Natural Deluxe and Pink Shrimp eggs. We caught a pile of small stocked rainbows, from 8-12 inches, a decent brown and a few rainbows in the 15-inch range. Zettle tied into the largest trout of the day, a 25-inch rainbow on a single Natural Deluxe. 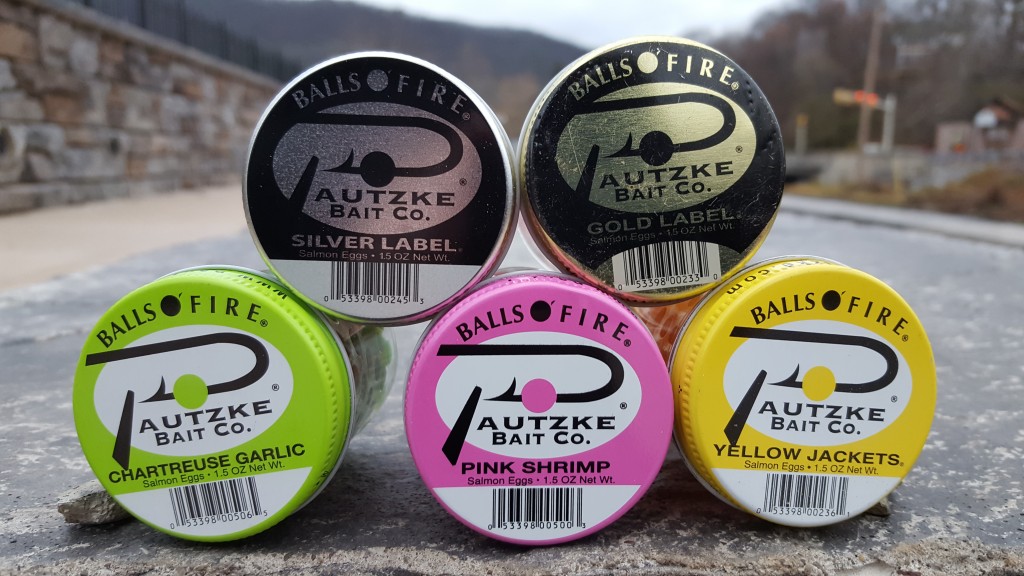 I had a blast, but was surprised to see the pressure golden rainbows get. As a rather unique (and easy to spot) fish, they are heavily targeted and were harassed by anglers all day (although I never saw one landed). I made several hundred casts at them and in the end left with visions of these fish taunting me. Even in poor conditions I landed close to 20 rainbows on single Pautzke eggs. I was amazed at with this urban fishery and Pennsylvania Fish and Boat commission have created for anglers and plan on coming back. 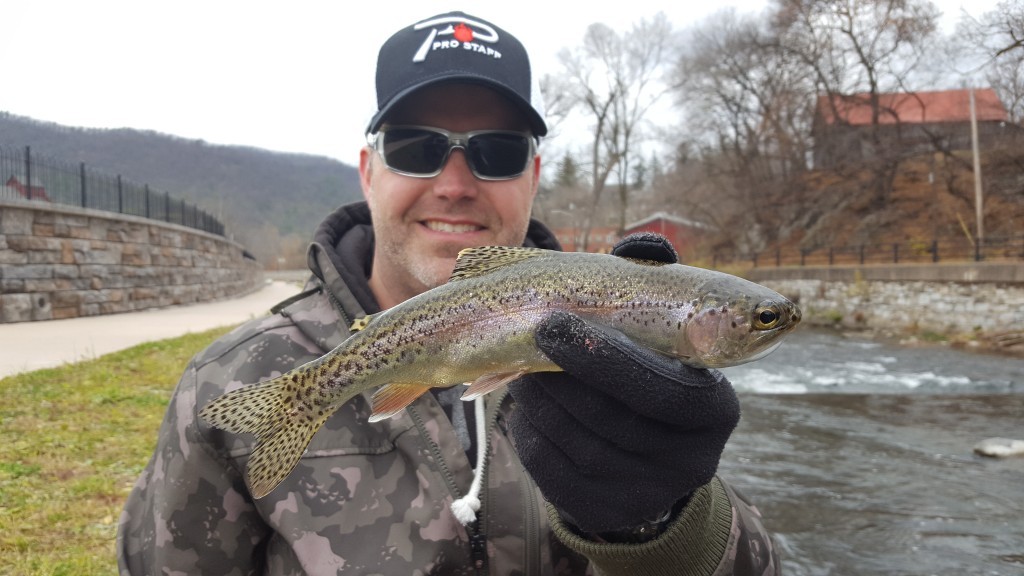